Video produced in partnership with Vectorworks and narrated by Fred Mills.

ON a planet that is changing faster than ever before, billions are leaving rural areas and choosing to live in cities.

Since 1950, our world’s urban population has increased almost six-fold and by 2050 over 68% of us will live in a built-up area.

This rapid rate of urbanisation is placing heavy pressure on cities, with major economic, environmental and societal consequences.

But beyond the big metropolises that often get news coverage, many small cities are feeling a similar if not greater impact, whether through the rise and fall of industry, demand for housing or the implications of a changing climate.

From building in a crowded capital threatened by rising sea levels to creating modern housing alongside historic landmarks, this is how small cities around the world are overcoming some remarkable challenges.

Malé is one of the world’s most densely populated cities and capital of the Maldives – the world’s lowest-lying country.

The growth of tourism coupled with local people migrating from surrounding islands and atolls in search of work, healthcare and education - has seen the city’s population soar. 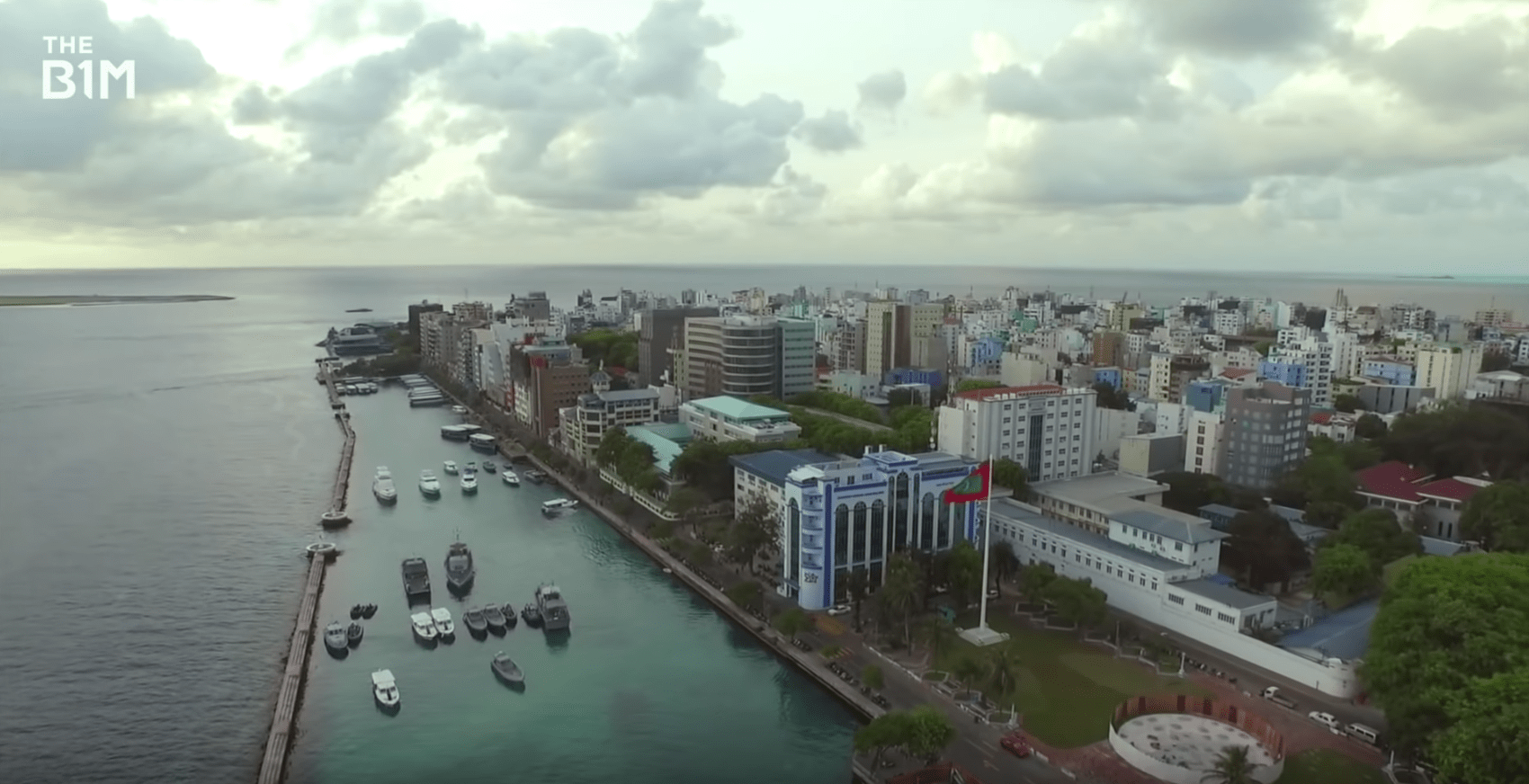 Above: A shortage of land in Malé has driven a boom in high-rise construction that has only partly solved the problem.

In response, an artificial island built adjacent to the capital is now being redeveloped, and a community of 240,000 people are set to live in a new master-planned district that will take much of the capital’s strain.

With its two-metre elevation, Hulhumalé is also designed to withstand rising sea levels - a huge threat to the island chain.

The Maldives spends around USD $10 million a year on coastal protection, and a USD $60 million seawall - paid for by Japan - now surrounds the capital.

However, the Maldivian building boom has attracted controversy, with critics arguing that rampant construction is damaging fragile reefs around the atolls and with local workers often being overlooked for many of the new jobs created.

When Estonia gained independence in 1991, car ownership doubled and placed extreme strain on the road network - an issue that was acutely felt in the country’s capital Tallinn.

The solution was a radical one. In January 2013, Tallinn became the first capital city in the world to offer free public transport to its residents. 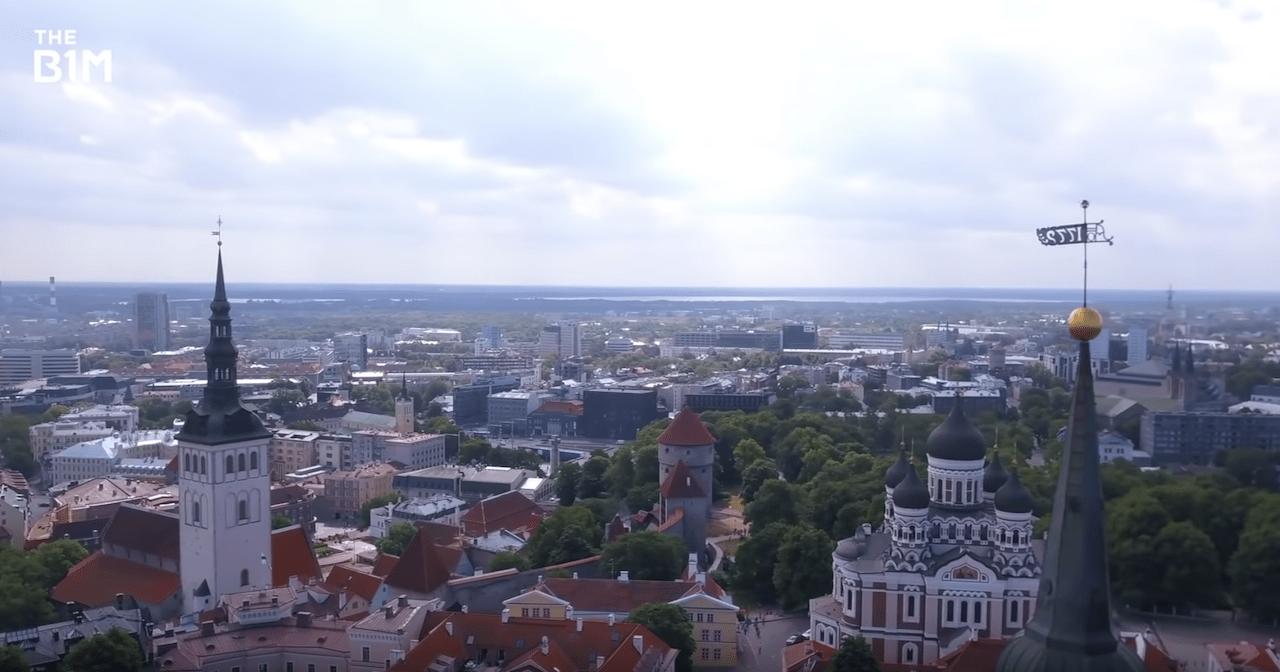 Above: Traffic congestion in Tallinn city centre has declined by around 10% since the move.

The initiative has led to cleaner air and improvements to the mobility and job prospects of unemployed and low-income residents.

However, reducing the dependency on car travel has shifted pressure to public transport infrastructure.

Much of the city’s population now relies on the ageing tram system, which mostly predates the Soviet-era and is in urgent need of upgrading.

Some progress has already been made, including a new route between the airport and main passenger terminal for the future Rail Baltica project, which will link Helsinki and the main Baltic states with Poland and the wider European rail network when it completes in 2026.

Like in Malé, a shortage of suitable land to build on is also an issue in many of the UK’s smaller cities.

But while the availability of residential land has been a challenge for many years, several sites are now being redeveloped as much-needed modern housing.

Yurky Cross Architects has been granted planning approval for two new projects: replacing existing housing on Gibbs Crescent with a six-storey structure overlooking the River Thames and a 30-home complex on Paradise Street in the city centre.

Mike Cross, Managing Director at Yurky Cross Architects explains how the intention for Gibbs Crescent was to create a sustainable mix of homes to suit the needs of the city’s population, which is why over half of them have been made affordable and available for social rent.

Positioned in a conservation area on the edge of the city - and with elements of industrial heritage that had to be retained - building a denser new development on this site is far from easy.

The new Gibbs Crescent will merge history with 21st century place-making, taking inspiration from an old marina development nearby with a brick wharf style and curved structure to encourage social interaction between residents.

Cross reveals how they were trying to fit the building into the landscape and keep with the industrial architecture of the local area.

It’s a similar story on Paradise Street, a site that presented numerous challenges, bordering the grounds of Oxford Castle. 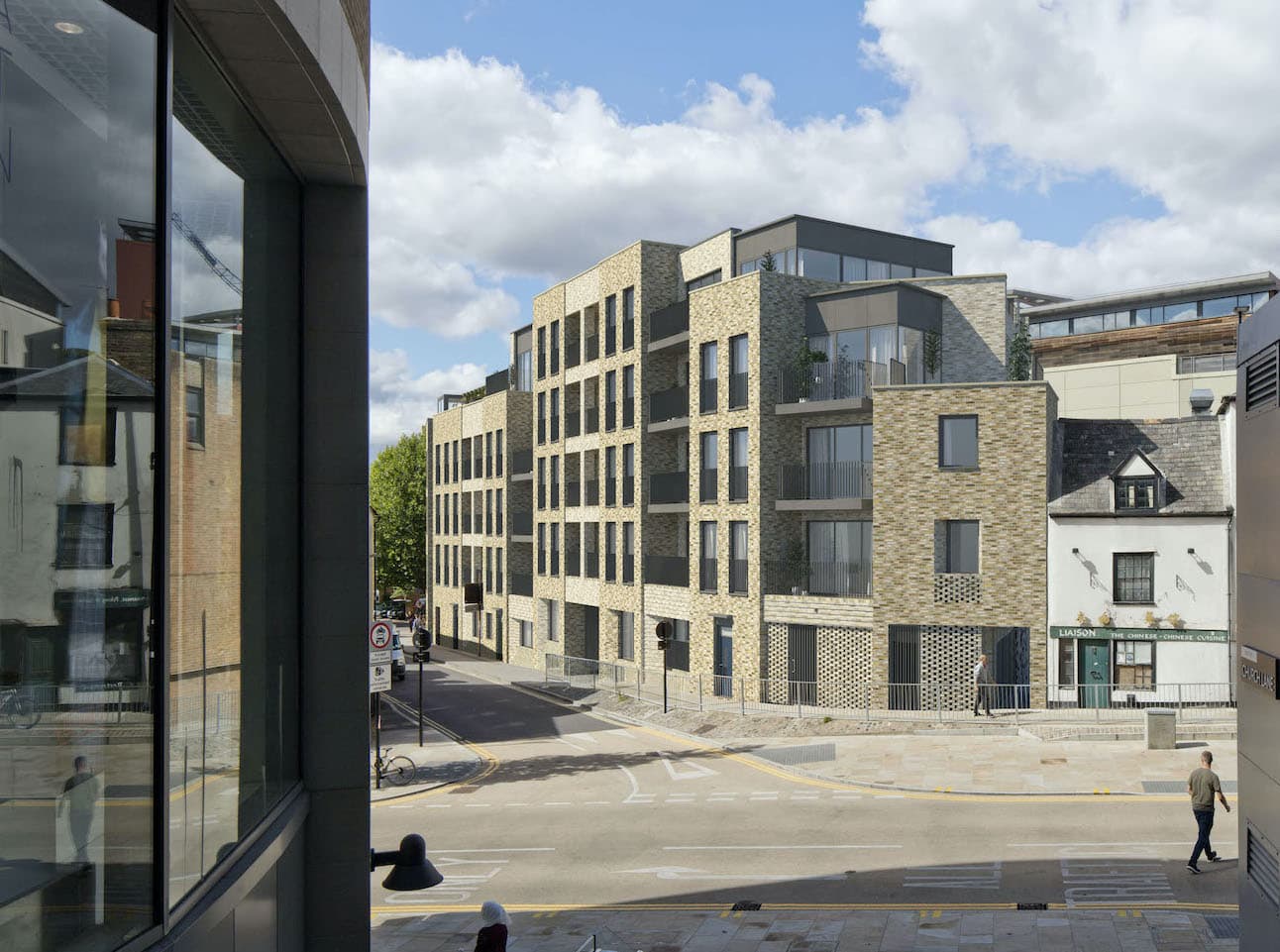 Above: Yurky Cross’ design strategy was informed by Paradise Street’s former position as a key thoroughfare in the heart of the city ( image courtesy of Yurky Cross Architects).

The scheme proposed here reimagines the historic street frontage and housing patterns, with numerous entrances to both individual homes and the two main circulation cores.

For both of these projects, Yurky Cross had to produce high quality visual material to give future residents and the wider public a clear indication of the finished results.

To do this, the team chose to utilise design and information modelling software developed by Vectorworks.

Christiaan Briggs, Yurky Cross’ Senior Architectural Technician points out the advantages of using the company’s products on jobs like these, such as being able to build up a model that spans the lifetime of the project, iterating and adding details all the way from the concept stage right up to handing over to the client.

In a city that has struggled to meet demand for new, affordable housing, these projects gaining approval is welcome news.

Located 25 miles north of Dallas, Frisco has been one of the fastest-growing cities in the US over the past two decades, with a 470% increase in its population since the year 2000.

Here, the rapid rise of industry has been the challenge.

The city has profited from copious businesses relocating to the Dallas-Fort Worth area in recent years and many of these firms have chosen to set up base in and around Frisco, bringing swathes of skilled workers and their families to the city.

Faced with such an influx, the Texas municipality has undertaken a vast construction programme, at a far quicker pace than most small cities would be capable of delivering. 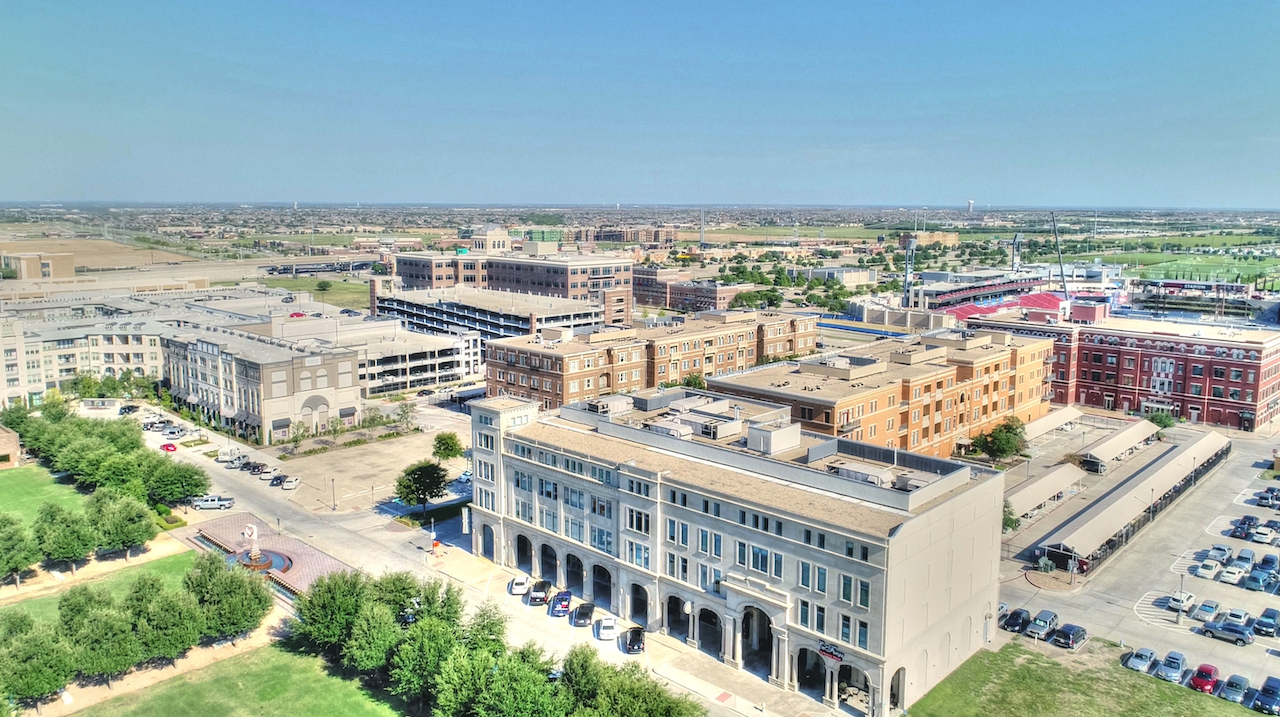 Above: Much of Frisco has been built in the past decade and careful urban planning has been essential.

But the city’s leaders have so far risen to the challenge. Transport infrastructure is regularly upgraded, new developments are largely mixed-use to tempt professional buyers and its “$5 Billion Mile” commercial district is experiencing an explosion in corporate office space.

While other small, fast-growing cities nearby have seen similar success only to fall out of favour later on - Frisco’s continued popularity is partly down to an aesthetic integrity that has formed a critical part of its development planning.

Over in the East Midlands – now home to one of the UK’s fastest-growing economies outside London and the South East – Nottingham College has worked with the city’s authorities to regenerate a disused area with a £58M new campus.

With GDP in the East Midlands growing year-on-year and Nottingham becoming increasingly attractive for professional services firms that rely on young talent, the city’s further education sector has been crying out for a new flagship facility to nurture the next generation.

The College City Hub will serve as a centre for students while adding a business centre for start-ups, café and theatre to the local community.

Though not in a conservation zone, the structure has to integrate with surrounding heritage and its proximity to major transport infrastructure and other regeneration projects made pre-planning essential.

Ares Landscape Architects also had to consider the public realm in and around the site, setting out to create an easily accessible open space.

Vectorworks’ Landmark helped to shorten the time involved in project drafting and data reporting. Ares was able to significantly streamline its workflow with a singular, all-in-one solution.

Sam Bailey, a Senior Landscape Architect at Ares says how the software gave them everything they needed to carry out their role on the project, handling complex site models, levels and topographical features, with useful features for the entire team to use.

The Nottingham College City Hub will be the first major project completed as part of the city’s £250 million Southern Gateway regeneration.

Above: The centre is due to accommodate around 2,000 students a year from September 2020 (image courtesy of Bond Bryan Architects).

Whether small or large, as our cities evolve and become ever more heavily populated, the architecture and construction sectors are continuing to devise innovative solutions.

Though many of the challenges created by urbanisation cannot be easily overcome, technology is proving to be an important enabler, allowing architects and engineers to focus their time and energy on the parts of the job that really matter.