THOUGH hard to tell from the surface, Paris is currently undertaking one of the largest and most ambitious infrastructure schemes anywhere on Earth.

With four new automated metro lines running through 200 kilometres of tunnels, the Grand Paris Express will double the size of the city’s existing metro, move an additional two million people each day and cement the French capital as a leader in sustainable development.

With more than 11 million residents, the Greater Paris area is easily the largest and most densely populated region in France. You’d have to combine the populations of the next 13 largest cities in the country to rival the capital’s size.

In recent decades, the popularity of the city has made living in its centre unaffordable for most and grown its suburbs significantly.

While Paris does have a world-class metro, many older networks were not designed with the suburbs in mind and it’s designers assumed that the further a train was from the city centre, the less crowded it would become.

With more people travelling in each day, the network was quickly approaching capacity on some lines - a problem made worse by the fact that Paris has no circle or ring lines which bypass the busy core for passengers who would rather avoid unnecessary trips through the very centre of the city. 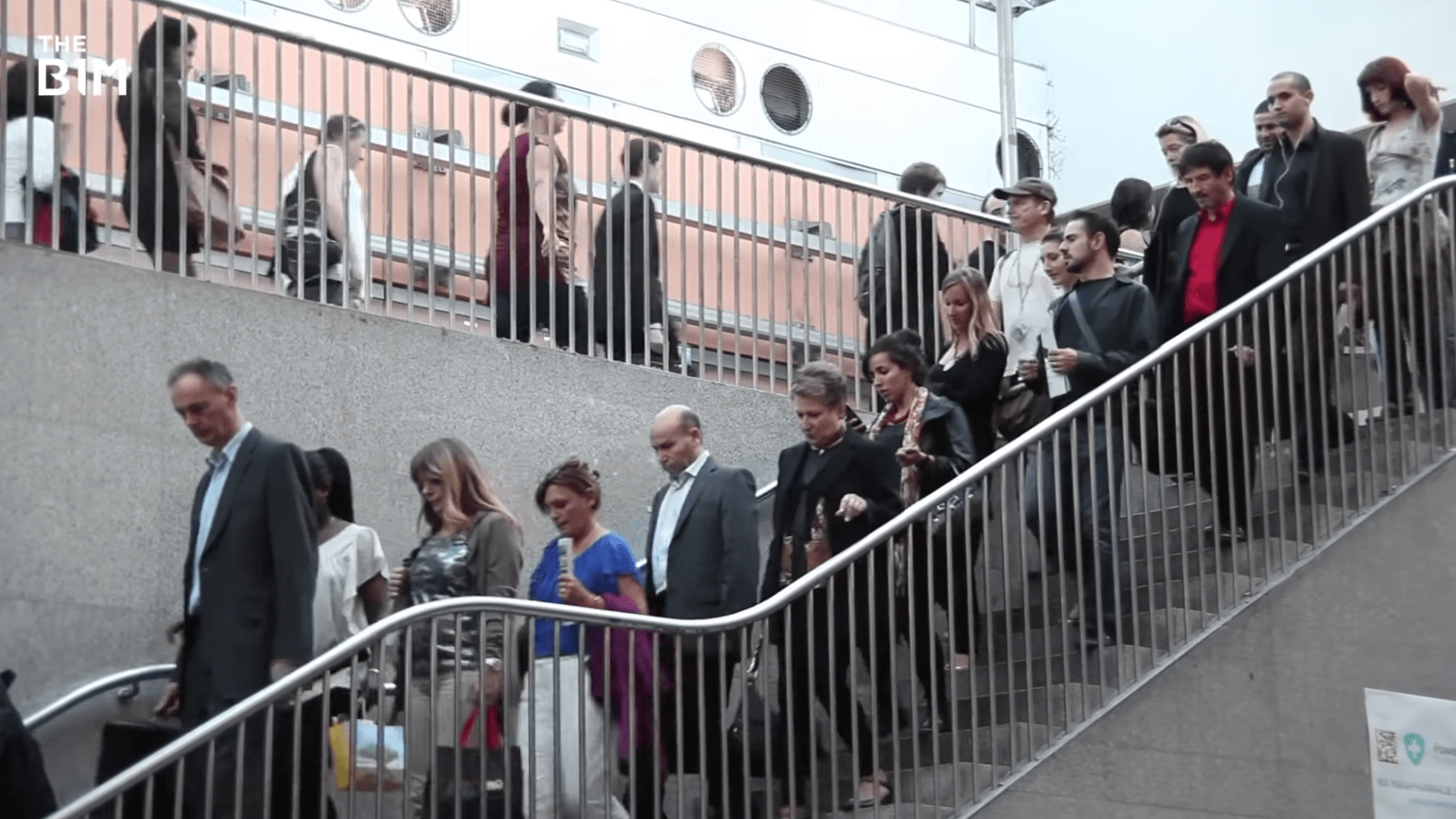 Above: With a population of over 11 million, the existing Paris metro is regularly over capacity.

To alleviate this, the Grand Paris Express was proposed in 2007. The railway would better connect the suburbs with the city’s airports, business centres and science hubs, without the need to travel through Paris itself.

The project will increase the capacity of the metro, effectively take 150,000 cars off the roads and create 55 new housing and development sites around the city - many featuring green space and well-connected neighbourhoods.

With a revised cost of USD $45BN (around €38BN), the Grand Paris Express will be a fully automated rail system with four new orbital lines constructed around the city with extensions made on two of the networks existing lines to connect with the new tunnels.

Above: The earliest metro lines were dug by hand and required large parts fo the city to be dug up during construction.

In total, 68 new stations will be built along the route and more than 200 kilometres of tunnels will be bored beneath Paris, doubling the size of the existing network and enabling an additional two million passenger journeys per day by 2026.

Since construction began in 2015, works have been progressing on each of the new lines and extensions simultaneously. The project is set to complete and come online in stages between 2020 and 2030.

Unlike the construction of early metro lines, which saw large sections of avenues dug-up and reinstated, 90% of works to construct the Grand Paris Express occur underground, reducing years of noise and disruption to just a few select sites.

The contrasts with the past don’t end there. While metro tunnels were historically dug by hand, at peak Paris’ new railway will be constructed by 21 tunnel boring machines (or TBMs) - carving their way through 10-15 metres of rock and soil each day to form the new tunnels around the city. 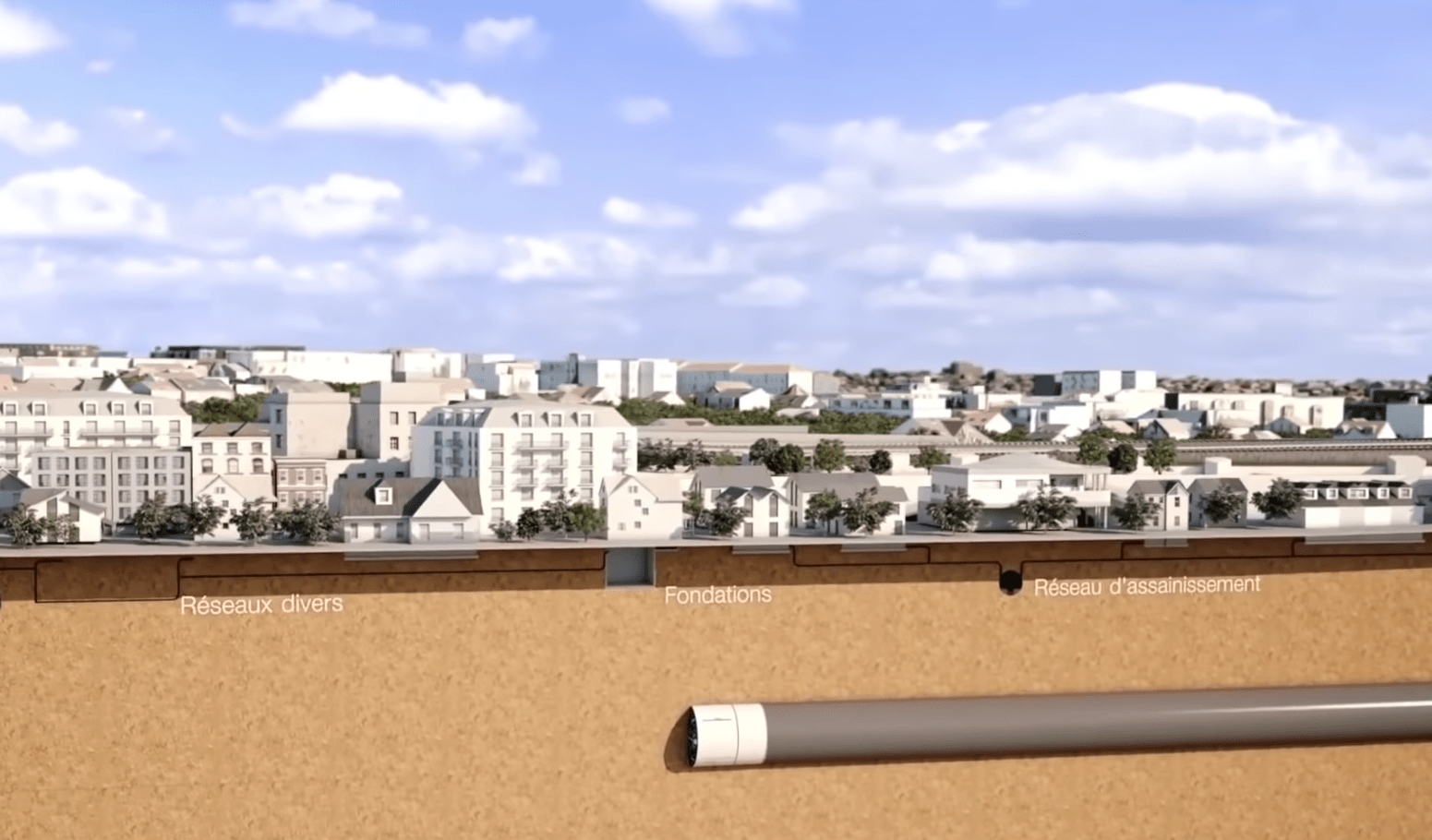 Above: 21 tunnel boring machines (TBM's) will be used at the peak of the project (image courtesy of Greater Paris Society).

While the metro tunnels of the early 1900s sat just 10-metres or so below ground, the tunnels for the Grand Paris Express sit 30-40 metres beneath the city - avoiding more than a hundred years worth of underground utility infrastructure.

Such depth makes each of the railway’s 68 new stations a highly complex construction project in its own right - and engineers are effectively building a 10-storey structure below ground in many instances. 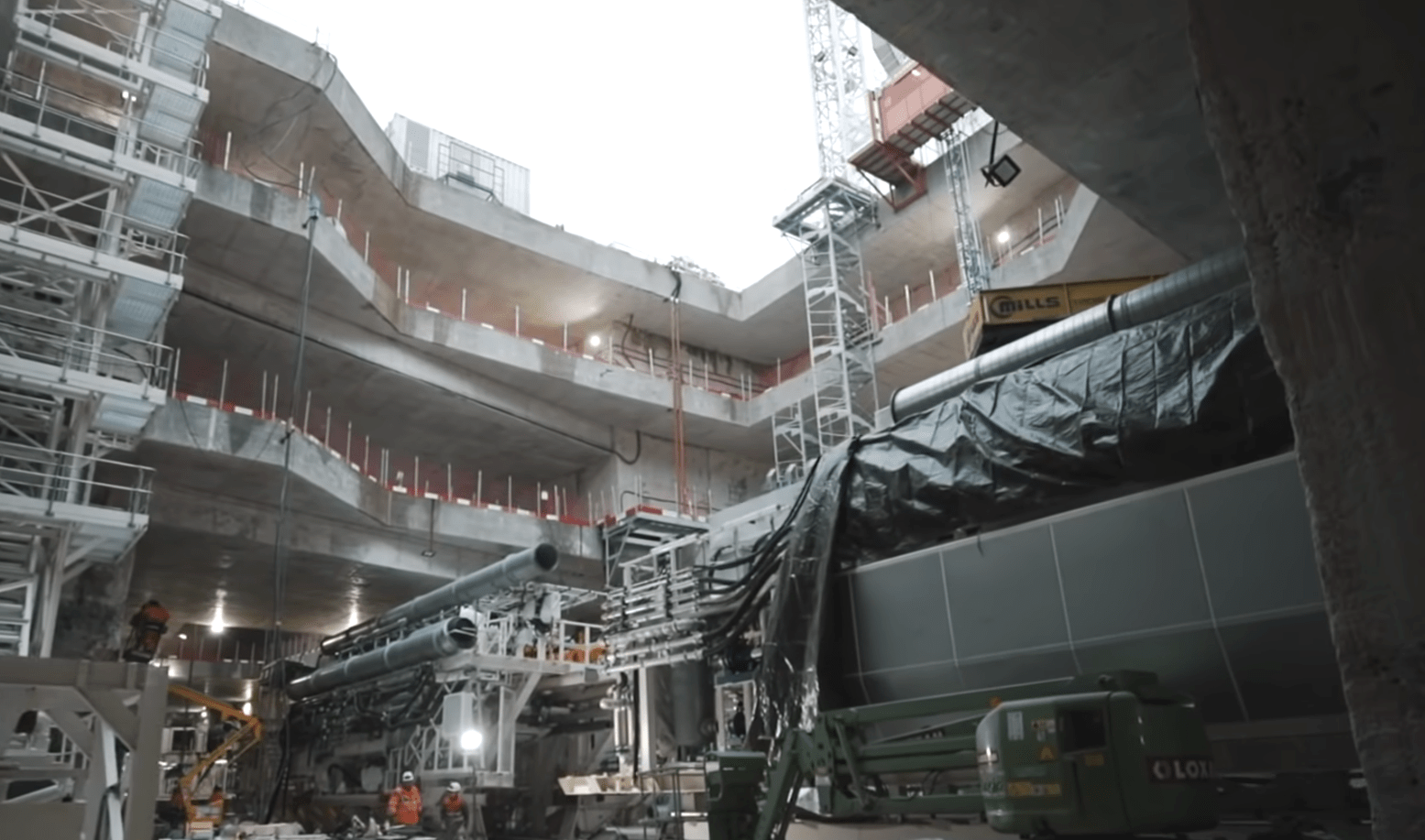 Above: The 68 underground stations are vast undertakings in their own right, with some as deep as a 10-storey building (image courtesy of Greater Paris Society).

To reach their boring depth, the TBMs are lowered in pieces down pre-build shafts along the route of the tunnel before being fully assembled below ground.

The TBMs then excavate, support and line the tunnels with concrete as they move forward, leaving behind a safely completed tunnel, ready for the mechanical, electrical and computer systems to be installed.

Though it had not been awarded when initial planning for the Grand Paris Express began, the announcement in 2017 that Paris would host the Olympic Games in 2024 has created a critical milestone for the project.

While it’s almost impossible to complete such an ambitious scheme in under a decade, the railway’s phased opening means that, come 2024, large portions of the network will be operational and ready for use.

Despite a delay in completing one of the tunnel extensions due to flooding and the current uncertainty created by the pandemic, there are currently no plans to delay the project’s completion beyond 2030.

Connecting millions of people, boosting the French economy and cutting emissions, this $45BN railway - that few people can currently see - is set to have a huge impact on Paris; a remarkable feat of engineering that once again demonstrates the power of construction.