REPLACING a critical transport link that’s been around for 90 years is not something you can afford to get wrong. That’s way the Sellwood Bridge team tested their proposals in a virtual environment before heading to site. We explore how they did it in this short documentary!

In 1925, the busy ferry service across the Willamette River in Portland, Oregon, was replaced with the Sellwood Bridge. This link served the area well for almost a century but became increasingly worn; it was built without any seismic design considerations and on ground susceptible to landslides on one side.

By 2010, the bridge scored just two out of a possible 100 points on the US Federal Bridge Sufficiency Rating, and buses and trucks were completely prohibited from crossing it.

With the link no longer fit-for-purpose, plans were developed to replace it. The new arched design proposed a steel deck roadway with two lanes of traffic, a bike lane and a pedestrian crossing. 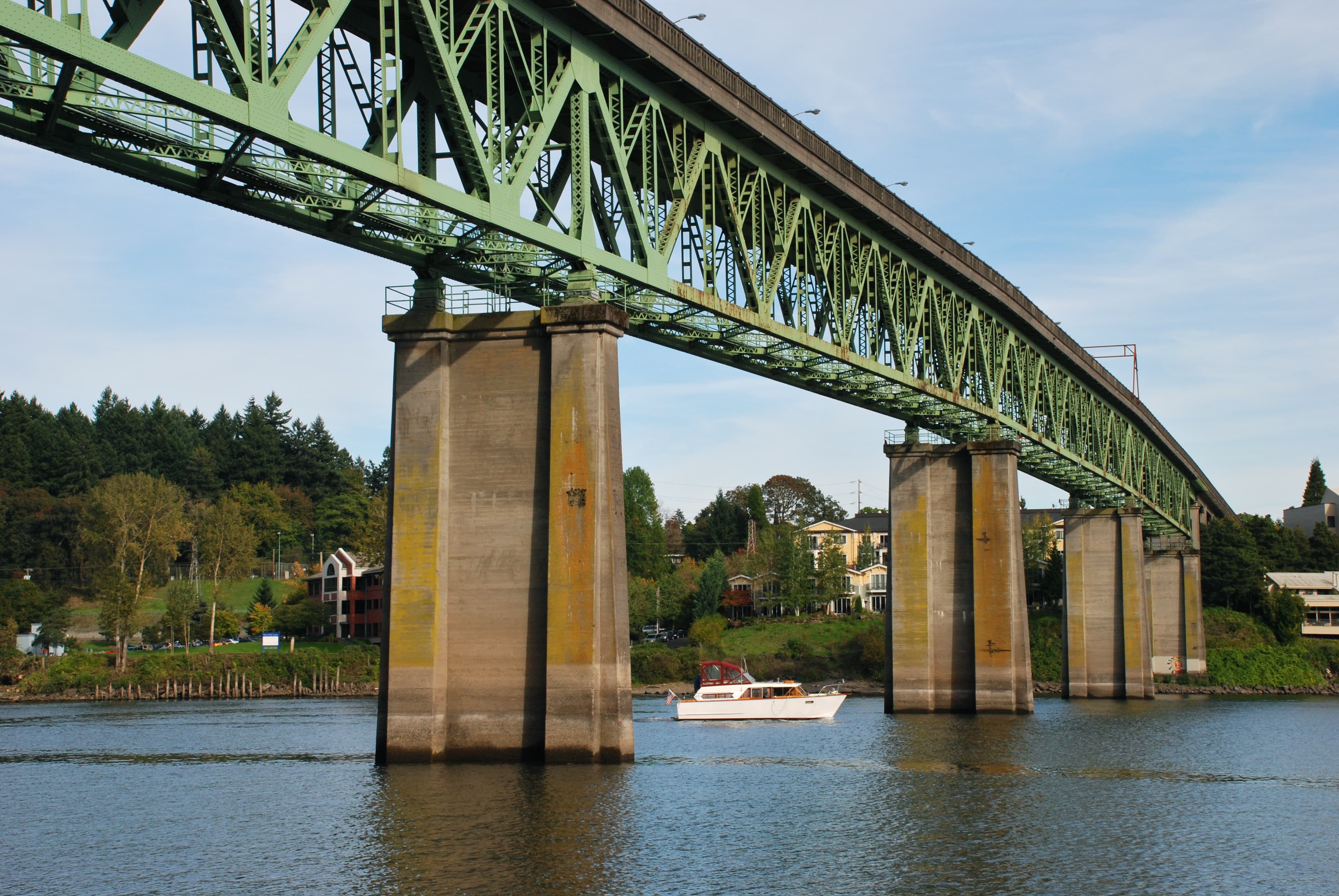 Above: The original Sellwood Bridge, as it was constructed in 1925 (image courtesy of Steve Morgan)

Sundt teamed up with Slayden Construction and won the tender for the project, challenging the original plan to build it in phases whilst maintaining traffic flow. Under their proposal, a detour bridge was constructed alongside the existing structure.

In an impressive operation (conducted by Omega Morgan and the Slayden Sundt joint venture), the existing road deck was slid onto new temporary piers allowing traffic flow to continue whilst work took place.

This approach freed-up access to the construction zone, giving the contractors a clear-run and increasing productivity. It also eliminated the need for expensive temporary steelwork during the construction works and made the bridge instantly safer for vehicles and pedestrians to cross. 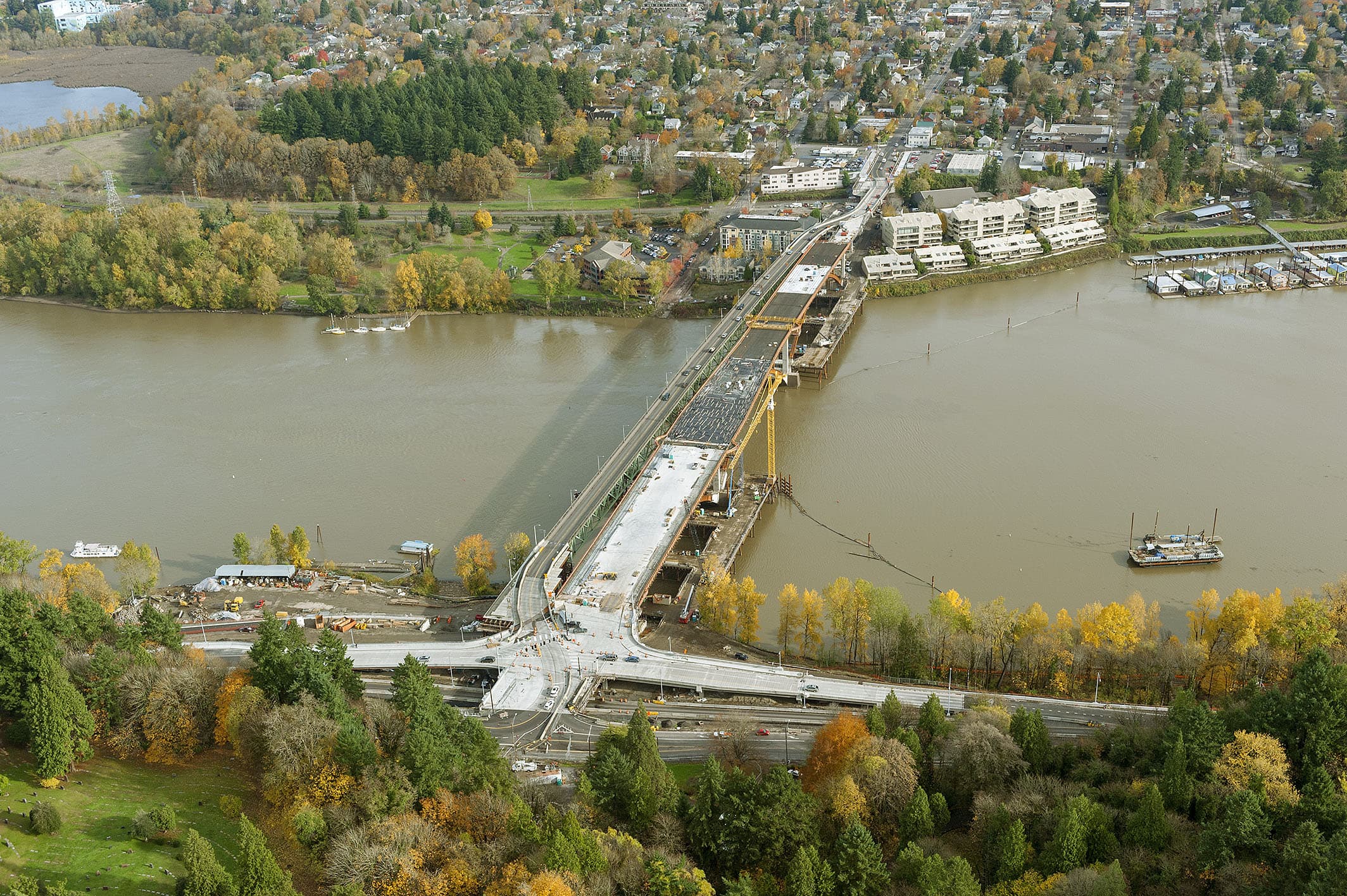 Presenting such a complex operation and radical departure from the original plans to the Bridge’s owner – Multnomah County – required careful preparation.

To validate their approach, Sundt and Slayden first undertook a 3D laser scan of the bridge, generating a graphical 3D representation of it with the point cloud data obtained. This gave the team highly precise measurements and a detailed virtual picture of the existing site conditions.

Having imported this into Autodesk authoring software, the team modelled and evaluated various construction options, including their detour bridge concept. 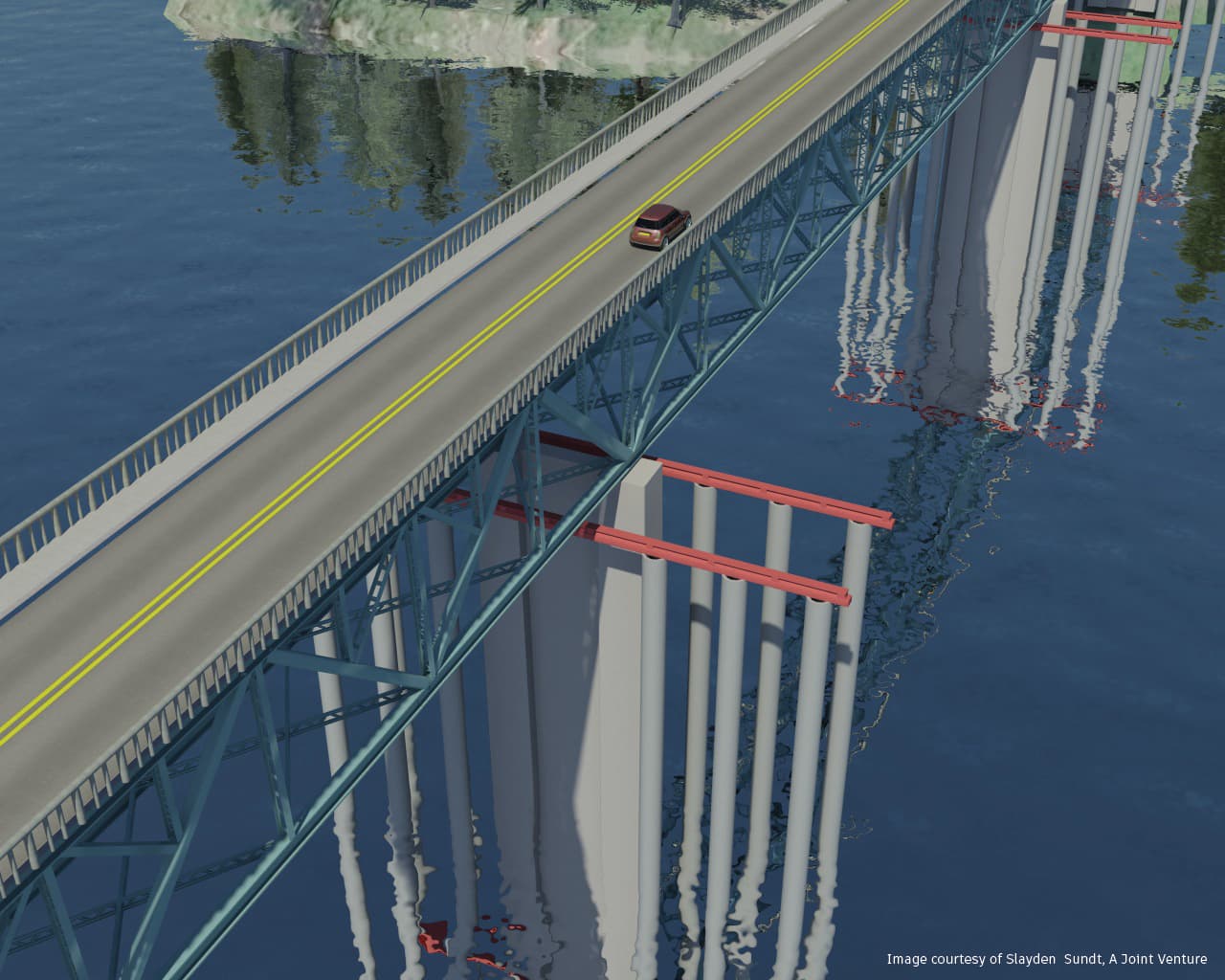 Above and Below: The team modelled, tested and evaluated their design proposals in a virtual environment (images courtesy of Slayden Sundt: A Joint Venture). 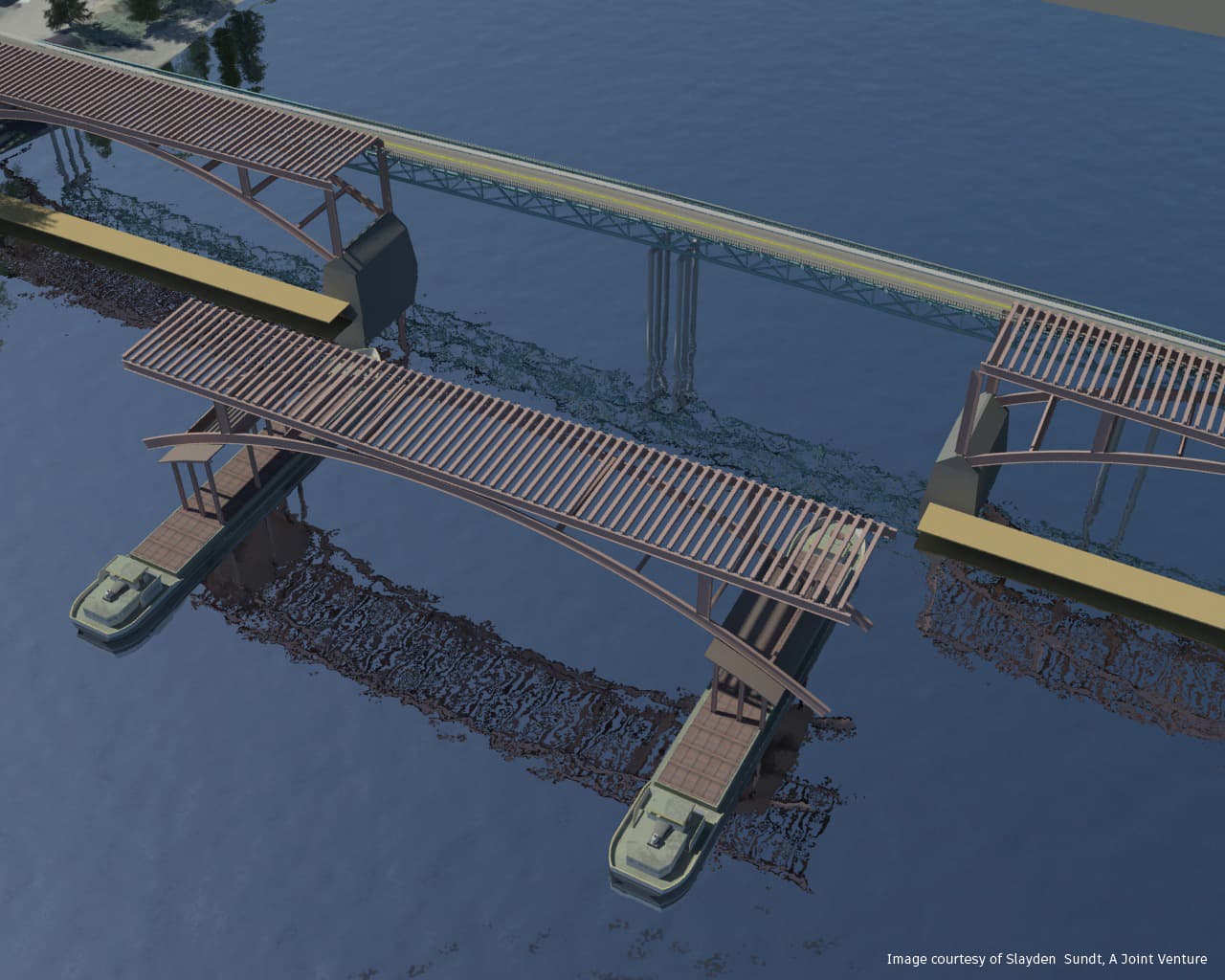 Having data on the actual site conditions to hand proved invaluable. Over the years, many other structures and buildings had been built close to bridge, including some properties constructed around its foundation columns.

The team therefore had to be certain that their idea was feasible and could be built in the tight space restrictions without disturbing the nearby buildings. By modelling in this way, the team became highly familiar with the site in a virtual environment, validating their concept before they presented it to the bridge’s owners and began the complex construction works.

When they came to present their idea, the team linked their point cloud data and detour bridge model to a simple timeline programme, creating a series of animated construction sequences for the bridge’s owner to understand and evaluate.

These sequences convinced officials at Multnomah County of the project’s viability and helped many in the local community understand and appreciate the extent of the works. Multnomah even requested further animated videos to support their project communications with local residents during the works. 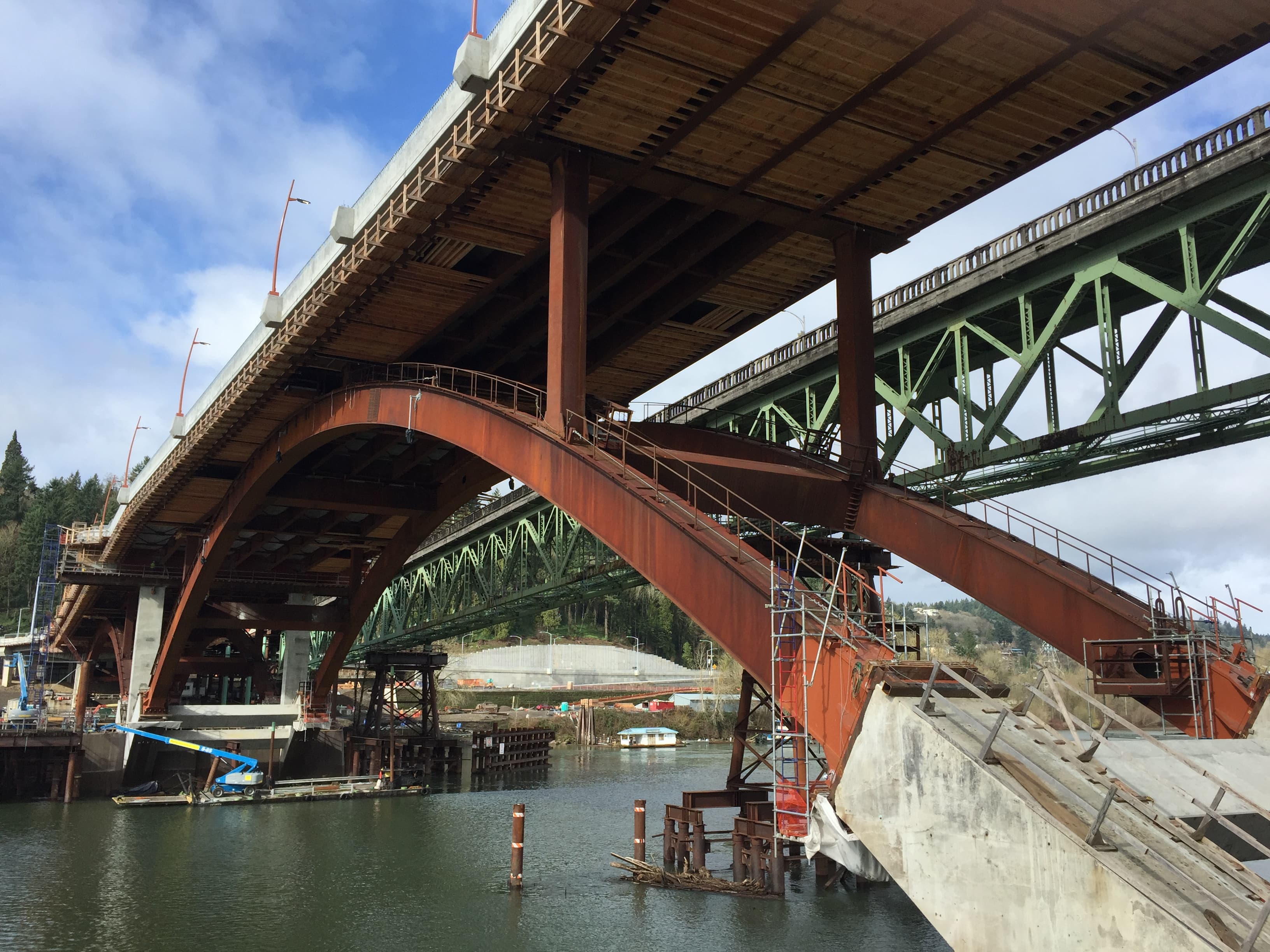 Above: Works to the new bridge progressed alongside the re-located original structure (image courtesy of Sundt).

The detour bridge concept is said to have reduced the construction schedule by a year and is estimated to have saved between USD $5-10M on project costs. Both the project team and the Bridge’s owners believe that this only became possible through the clear, visual articulation of the detour bridge proposal. 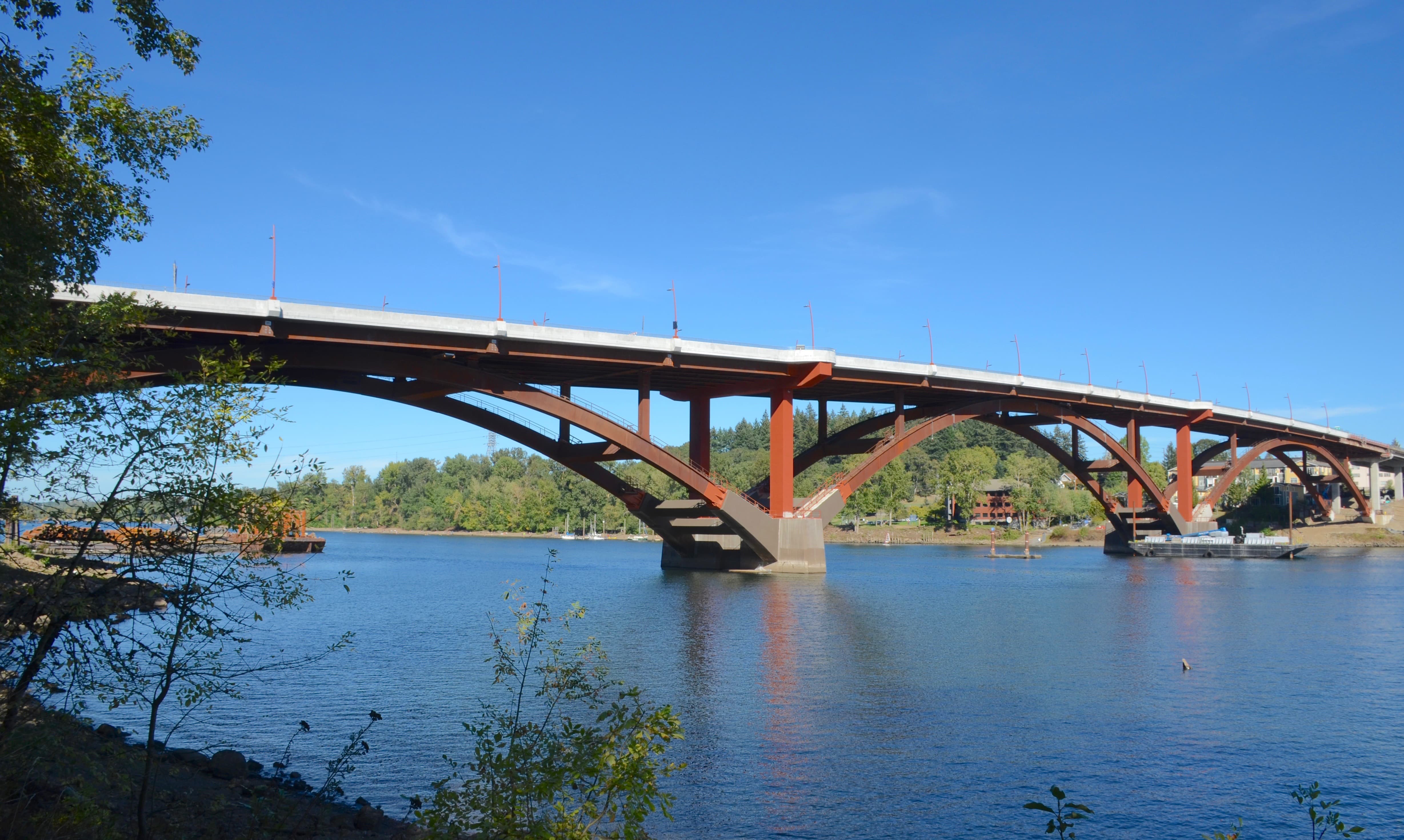 Above: The new bridge opened in 2016 (image courtesy of Steve Morgan).

Discover the project works in more detail at SellwoodBridge.org