LUCA Curci Architects have presented their proposal for a floating, sustainable, vertical city that could house 25,000 people. These vertical structures would sit just off the coast of major cities and be completely self-sufficient. Curci are set to exhibit their ideas later this month at the Dubai Knowledge Summit, an annual conference on sustainable developments. 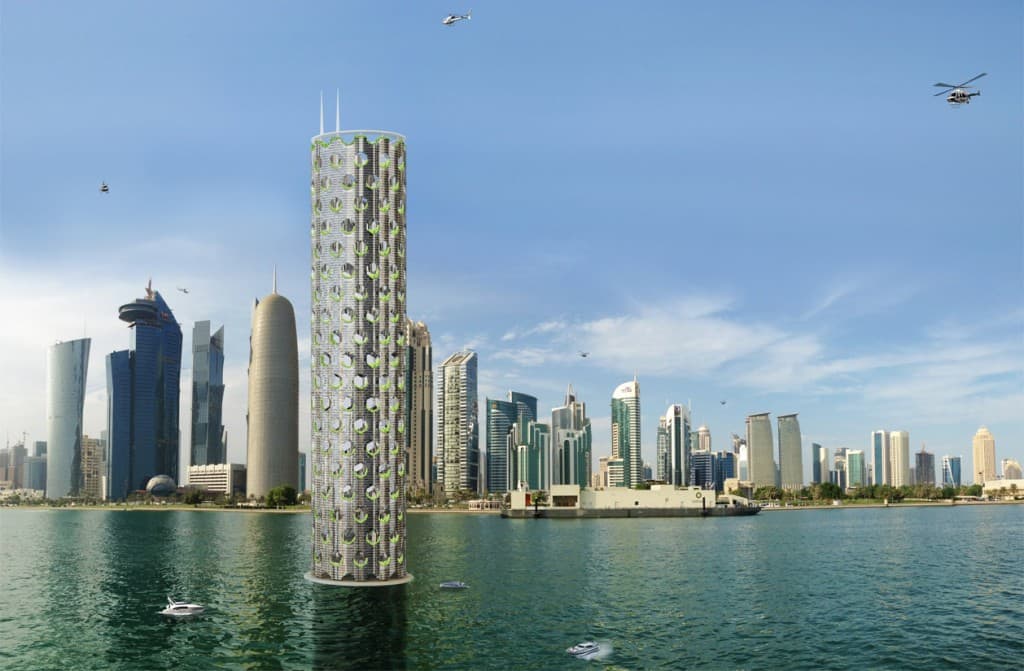 Above: The largest of the towers would be 750 metres tall and have 180 floors (image courtesy of  Luca Curci Architects).

Architect Luca Curci explained that they began the project by examining contemporary skyscrapers, noting that most modern towers are designed as compact elements, alienated or removed from their surroundings. Curci wants to reintegrate these structures within their context - to rethink how a skyscraper can function.

"We will build a new way of living: more sustainable with more interconnected communities programs; deleting suburbs and reducing poverty," Curci said of the project. 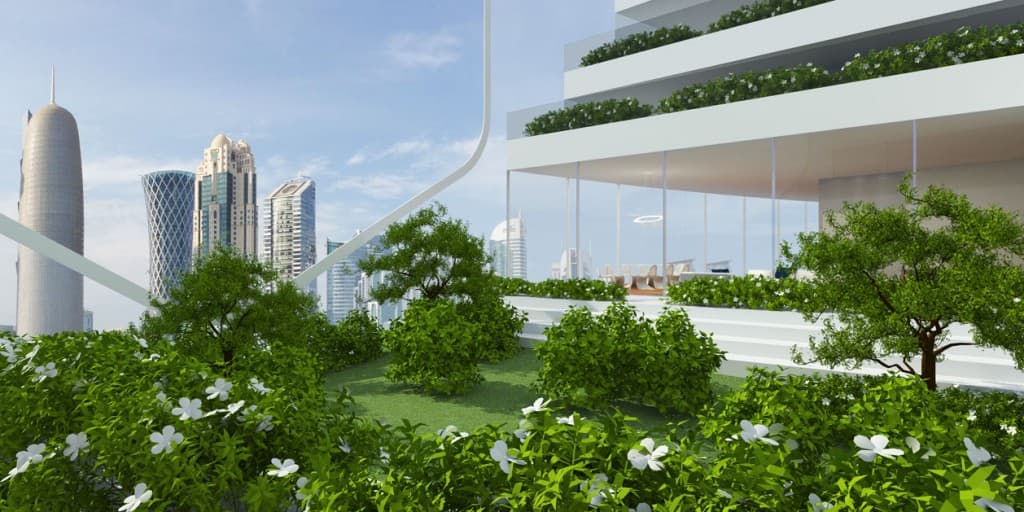 His concept re-interprets skyscrapers as an open structure with green spaces, natural light and free flowing ventilation. This would allow residents to have a healthier lifestyle, closer to natural elements.

Green zones are spread throughout the towers, with adjacent meeting and social areas designed to maximize community life. 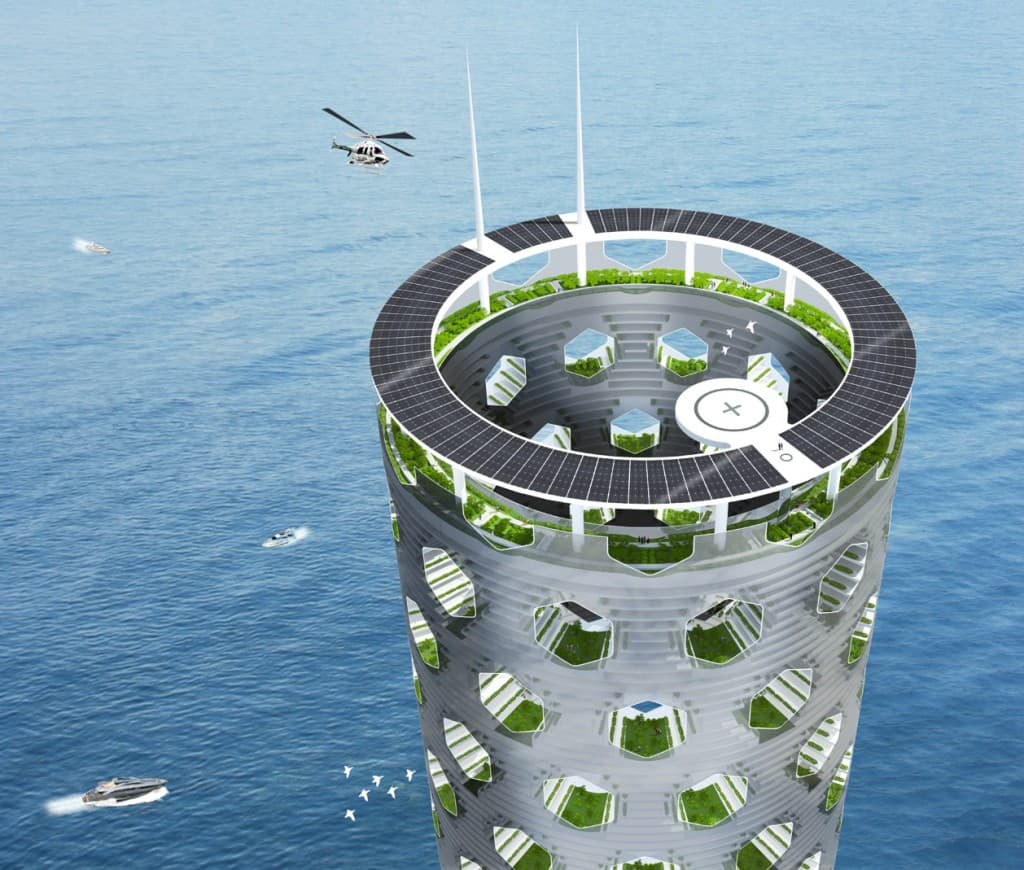 Above: The towers are based on prefabricated modular structures, which can be repeated vertically and horizontally (image courtesy of Luca Curci Architects).

Each tower will contain a membrane of photovoltaic glazing, providing electricity to the whole building, as well as a potential alternative source of energy for buildings on the mainland.

The design of these buildings are based on prefabricated modular structures - which can be repeated vertically and horizontally. Each repeatable modular layer will be 72 metres tall with a diameter of 155 metres, 120 metres of which are open space within the building. Each of these layers will have 18 floors and contain homes, services, offices, stores, cultural hubs, water baths and markets. They will also integrate farms within the building, allowing residents to be able to provide their own food. 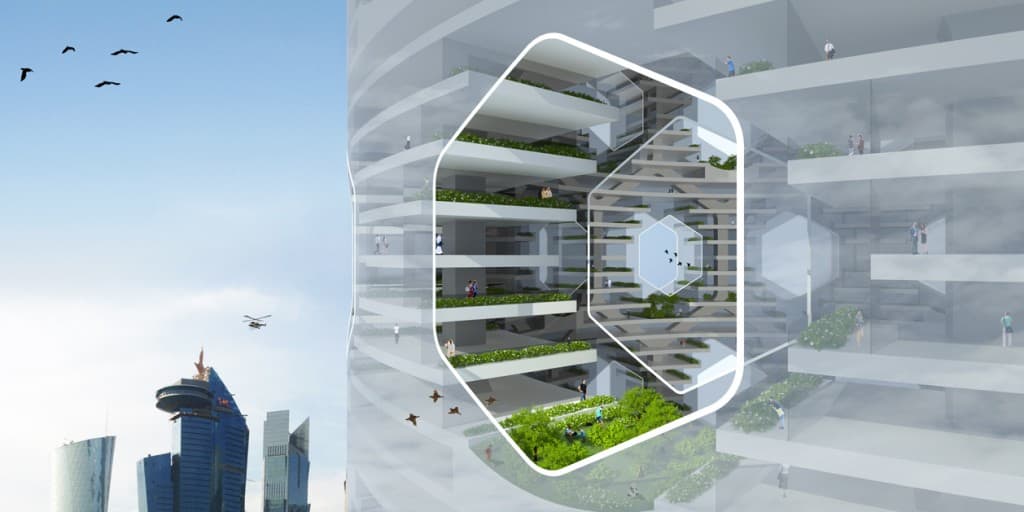 Above: Each section of the tower will be 72 metres high (image courtesy of Luca Curci Architects).

Curci imagines these massive structures would have foundations that reach into the seabed, with a number of underwater floors that could host parking and technical areas.

This Floating Park is Made With Recycled Plastic