CHINA is building a new high-speed railway between the cities of Fuzhou and Zhangzhou in the east of the country.

The new 297 kilometre line will run next to an existing high-speed corridor, which was completed in 2010. 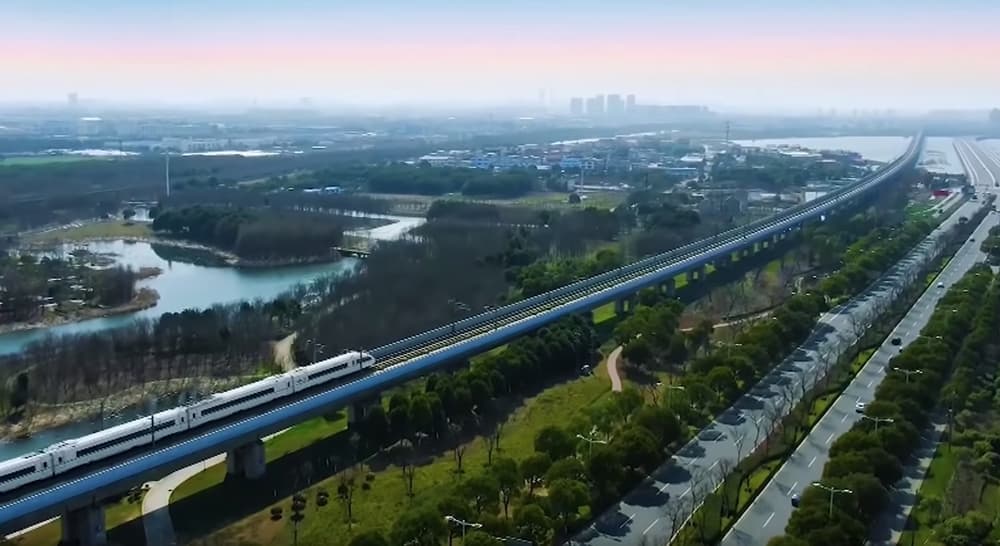 Above: The new rail line is set to expand the capacity of the route (image courtesy of New China TV).

Above: The new high speed line will also run along the coast (image courtesy of New China TV).

In recent years however, passenger trains have been operating in excess of 100% occupancy.

Furthermore, the railway also carries freight traffic, which has been known to cause delays. 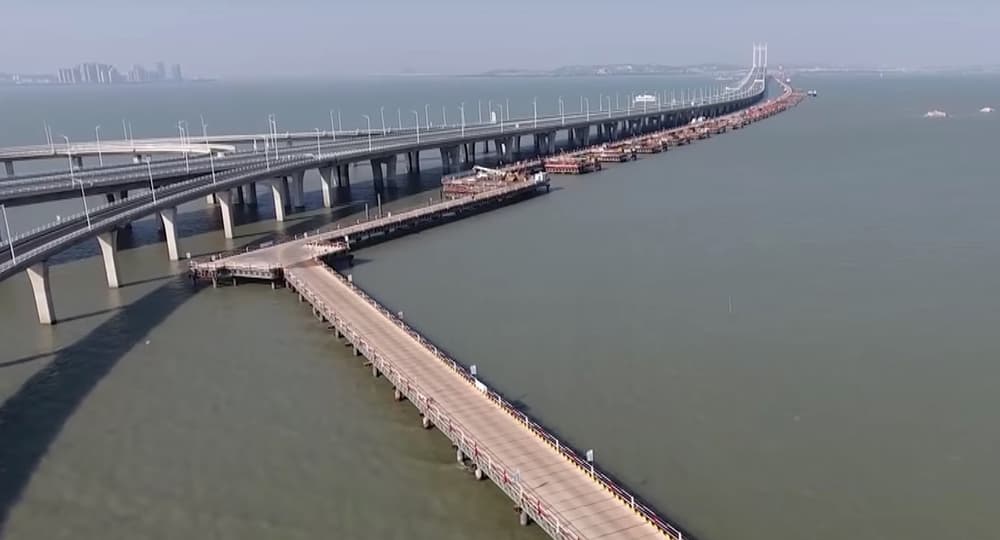 Above: The new line will carry only passenger traffic (image courtesy of New China TV).

The new route - which will run roughly parallel to the existing one - will also contain a significant ocean crossing, which is currently being constructed using 900-tonne prestressed concrete girders. 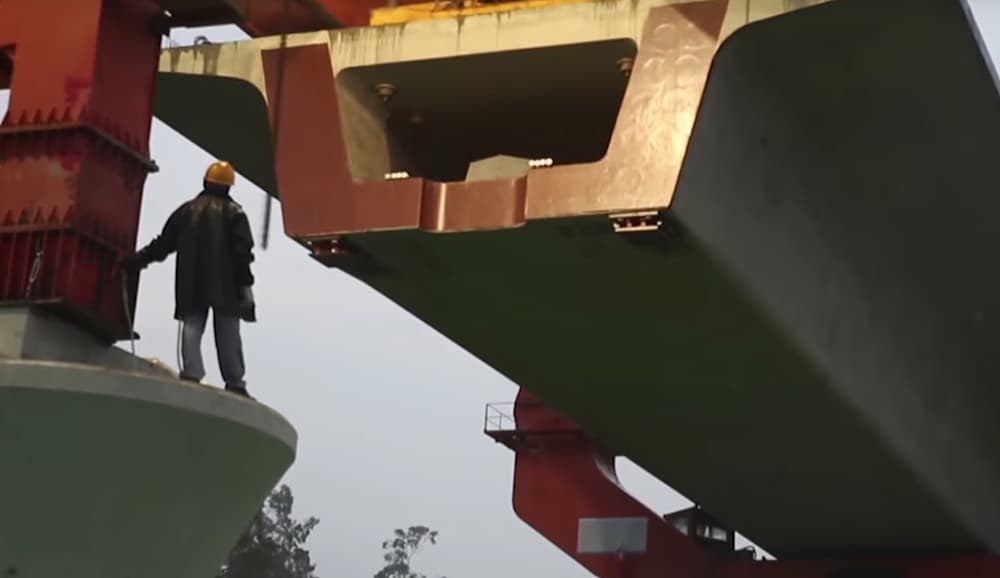 Above: 900-tonne prestressed concrete girders are being used to construct the elevated parts of the railway (image courtesy of New China TV).

The railway is being designed for speeds of 350 kilometres per hour and is scheduled to complete in 2022.