NEW ZEALAND has an impressive track record of epic achievements. It lays claim to one of the first people to climb Everest, probably the world’s best sports team, and it was the backdrop to Peter Jackson’s epic Lord of the Rings trilogy.

Now this illustrious nation has embarked on its biggest ever transport infrastructure to prevent its largest city from grinding to a halt in its notoriously bad traffic.

Back in 2021 when the rest of the world was still grappling with the pandemic Auckland was voted the most liveable city in the world. But if you’ve ever tried to get around the city it doesn’t take long for the image of a picturesque pacific paradise to get punctured. 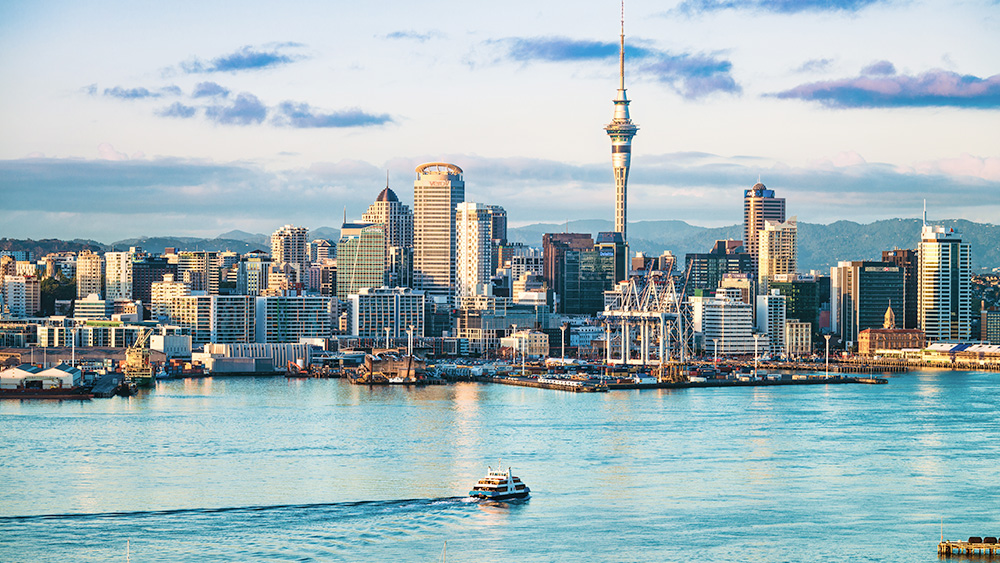 Above: Auckland was named the most liveable city in the world in 2021

Auckland has struggled with poor traffic for years, with the average Aucklander spending nearly 80 hours a year in traffic on motorways. In 2021, the very same year it was voted the best city in the world, it recorded its worst ever congestion.

It wasn’t always like this. In the 1950s the city had some of the highest usage of public transport in the world, but after a strategic review in 1955 the city’s infrastructure was decisively switched towards the car.

But now there is hope. After decades of neglect and underinvestment, Auckland’s public transport network is undergoing a revival led by the City Rail Link, a USD $3.2BN twin tunnel rail line running 3.5 kilometres from the heart of the central business district to the southern suburb of Mt Eden.

Two new stations are being constructed at Karangahape and Aotea, while the line will plug into two newly refurbished stations at Britomart and Mount Eden. These two stations are the secret sauce of the new line. The project will see Britomart become a through station and the connection at Mount Eden will create a link that unlocks Auckland’s entire rail network. 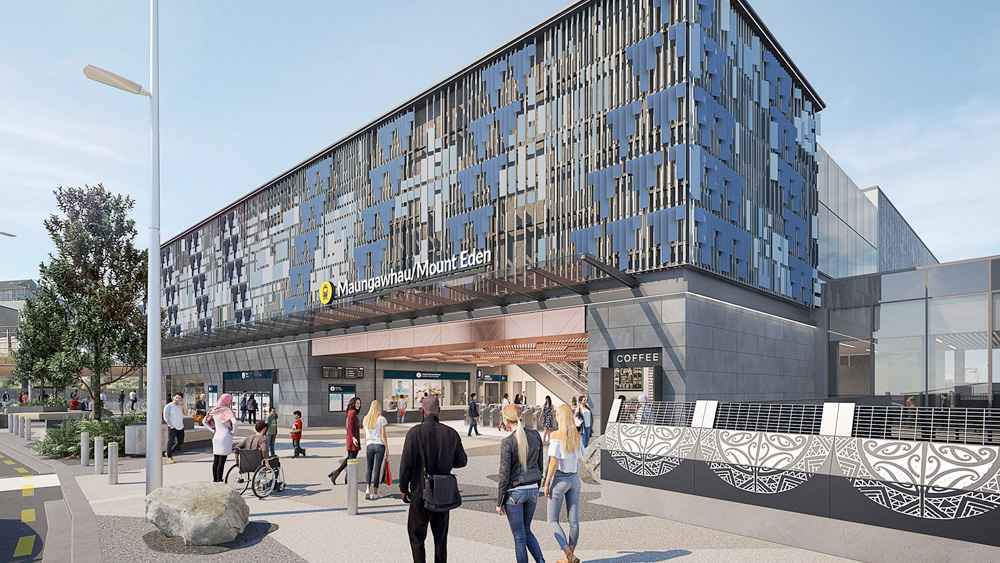 More frequent train services will double the network’s capacity, serving 54,000 passengers an hour at peak, that’s the same as 16 lanes of rush hour traffic. Funding for the project was confirmed in 2016 and work began in 2018.

Building the country’s first underground railway has come with some challenges, including the depth of the tunnel. There are two common ways for constructing underground railways: there’s the cut and cover method, or if you need to go deep you can burrow through the earth using a tunnel boring machine or TBM. City Rail Link used both, as Assurance Manager for Tunnels And Stations, Gerry Goodwin told The B1M.

“At the lower end of the city in Britomart the tunnel is very, very shallow. And there's also a very, very tight curve. So with the depth only being a few metres to the top of the crown and the tightness of the curve ... to get a machine to do that would be very, very difficult.”

To align with the shallow Britomart station a one kilometre cut and cover tunnel was dug through the central business district between Britomart and Aotea and a TBM was used to complete the rest of the line.

Tunnelling was completed in September 2022 when the TBM, dubbed Dame Whina Cooper, broke through at Aotea station and the team moved on to the next phase of the project, fitting out the tunnels. 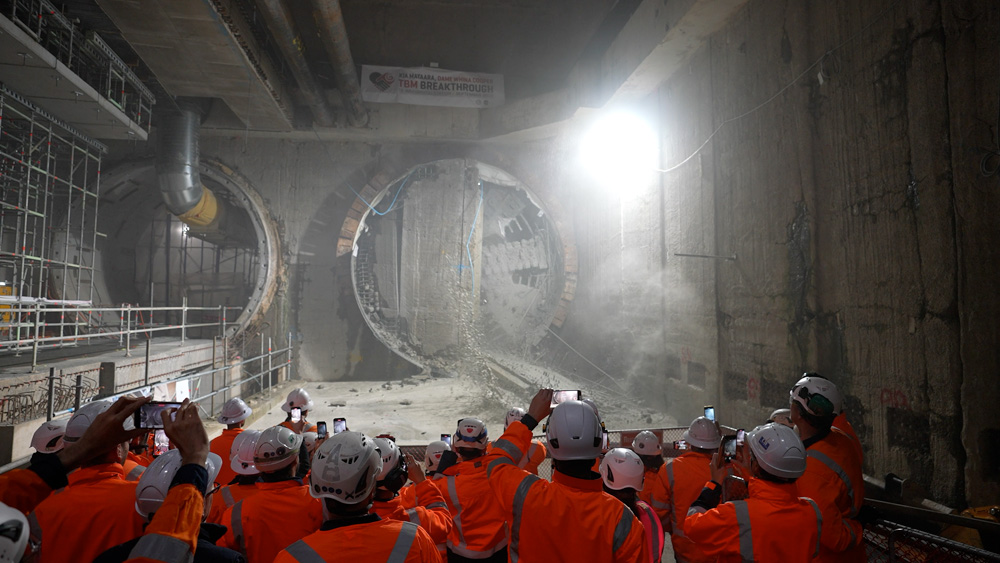 Above: Tunneling was completed in September 2022. Image courtesy of City Rail Link.

New Zealand’s response to covid is now famous but despite covid restrictions interfering with the work, the tunnelling phase of the project was completed just 11 days later than originally scheduled. But it’s not all been plain sailing, in August 2021 government ministers had to intervene when the city was plunged into a strict week-long lockdown following the first reported case of covid in six months.

An emergency exception was granted to allow the project to continue work as turning off the TBM machine could have resulted in it getting stuck underground, as Goodwin explained.

“With any tunnelling, if the tunnelling machine stops quickly and if it's going to remain stationary for an unforeseen period of time … you have a risk of the ground squeezing onto the shield.”

Cost rises and supply chain issues have also taken their toll. The original opening date of late 2024 is unlikely to be met and there’s no clear completion date yet. Despite this, Goodwin said support for the project remains high.

“The city has got right behind [the project] and they've shown great interest in … our days where we've opened to the public, they've loved it.”

In 2022 Auckland was knocked off the top spot of most liveable cities by the Austrian capital Vienna. Luckily those breathtaking beaches and verdant volcanoes aren’t going anywhere – and if it wants to regain the crown, perhaps City Rail Link could be its secret weapon.

Skip the waitlist and invest in blue-chip art for the very first time by signing up for Masterworks.