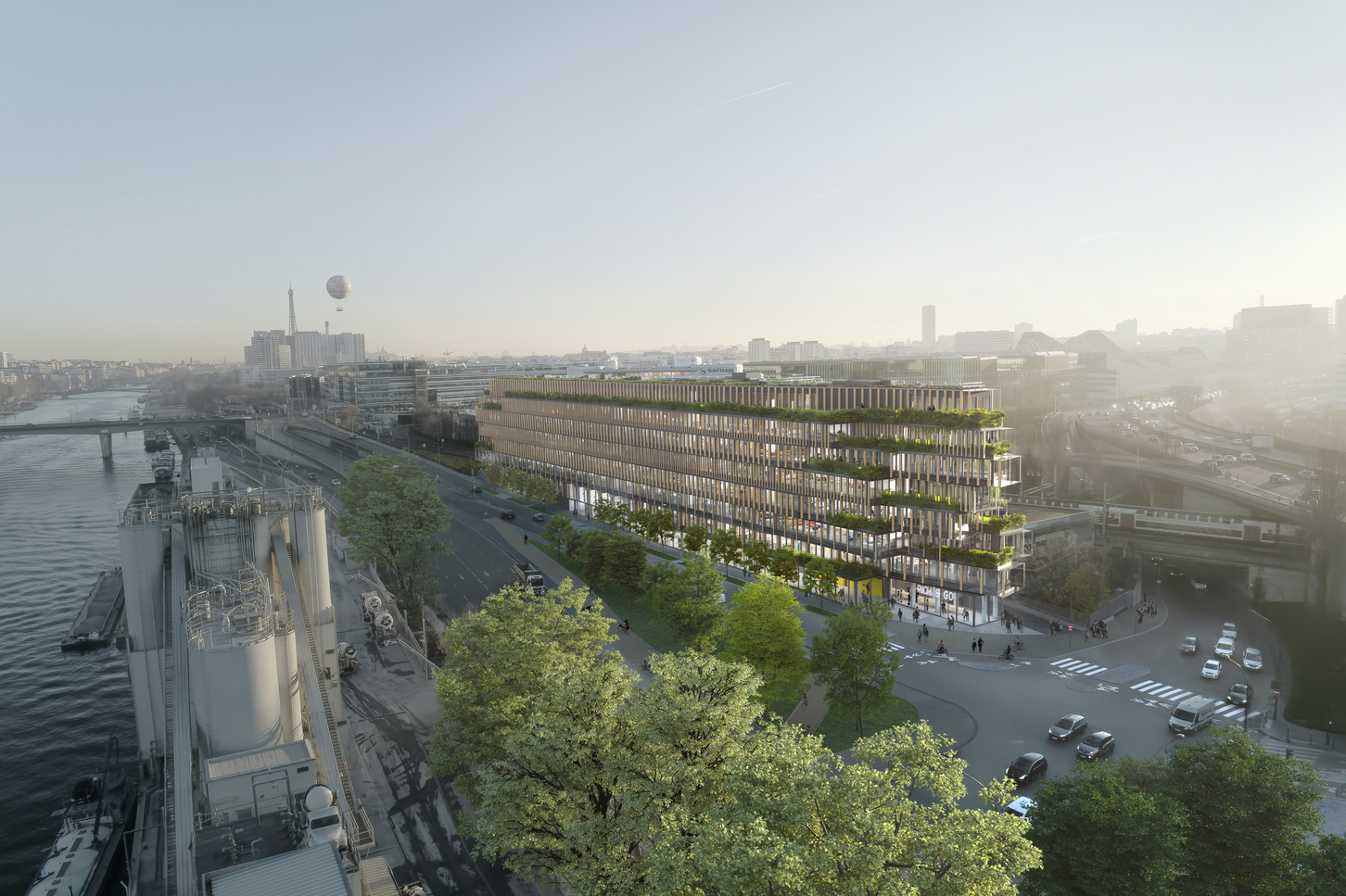 This abandoned site in Paris is set to become a groundscraper

SET to be constructed on an abandoned site in Paris, this extended horizontal office building is part of the ongoing urban renewal of the Issy-les-Moulineaux neighbourhood.

Designed by Kengo Kuma, the building will sit in the centre of three traffic routes and consist of "a dense network of tree-lined terraces and hanging gardens.”

Called the EDA Building, which stands for "Expérience d'Avant-Garde" while also meaning "branch" in Japanese, the project’s facade and form is intended to resemble branches. 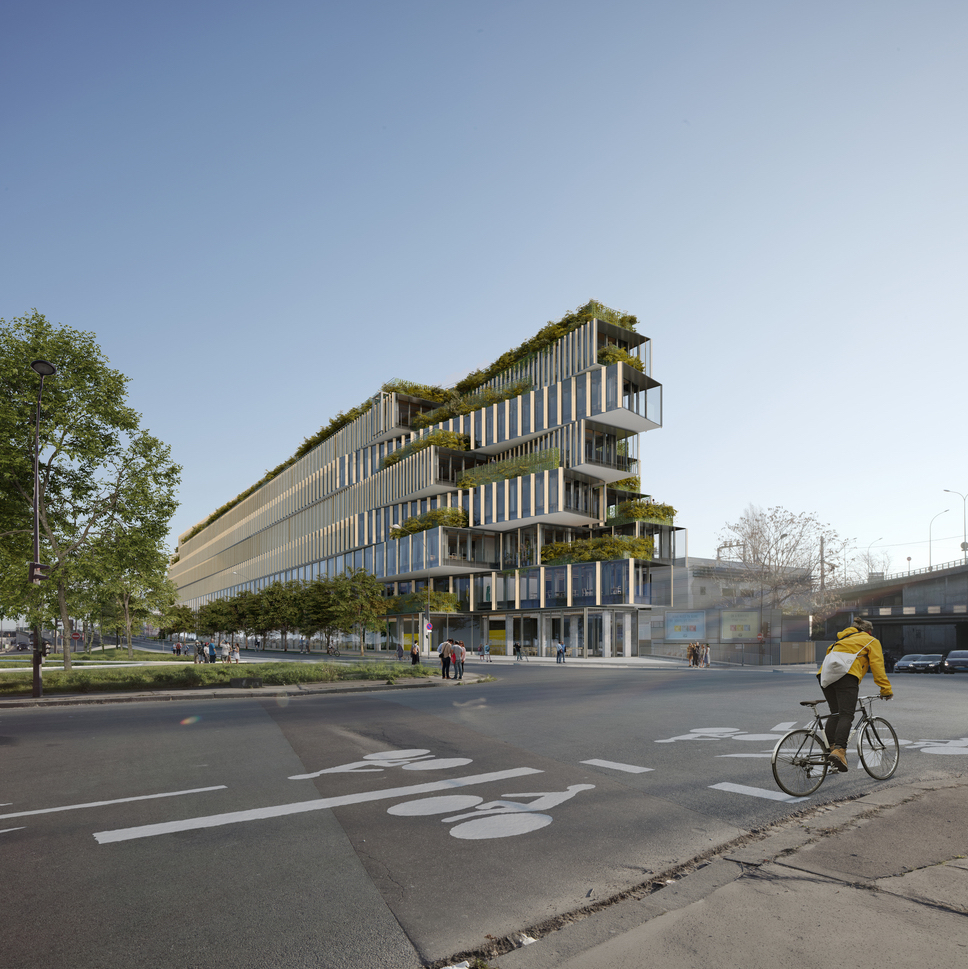 The building is also made from 70% raw materials while its double-skin facade provides a protective filter against noise pollution.

Spread across seven above-ground floors and five underground levels, the building will be mainly made-up of commercial space.

The ground floor will consist of services and public functions, while the upper floors will contain flexible work spaces.

The EDA Building is indicative of a wider “greening” trend happening across the French city.

The city’s iconic Champs-Élysées is set to be transformed into an urban garden. 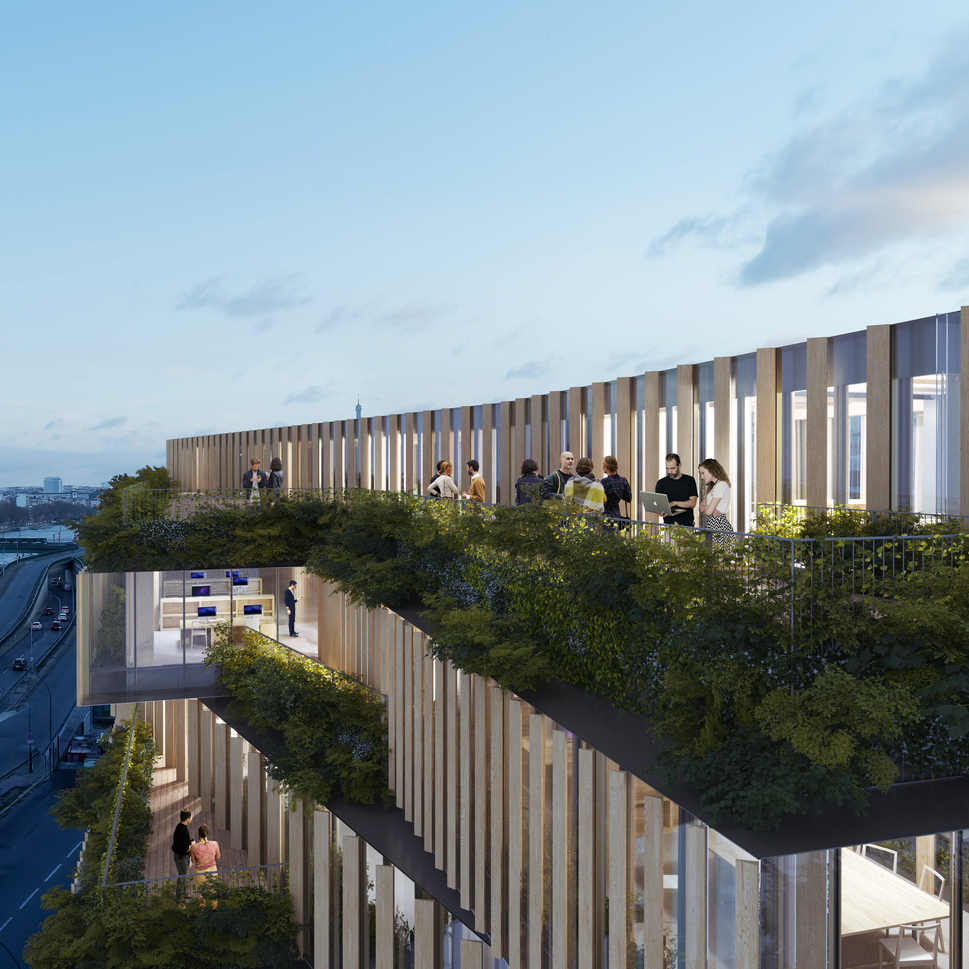 Above: The EDA Building is part of a wider greening and revitalisation of Paris ahead of the 2024 Olympics. Image courtesy of Kengo Kuma.

The massive overhaul is part of a £225M project to regenerate Paris’ streets and make the city greener and more people-friendly.

City-wide lockdowns have shifted the perspective of many Parisians and there is now a newfound emphasis on public transport, green spaces, parks and community.

Paris is also getting ready for the 2024 Olympic Games, using the event to revitalise neighbourhoods and invest in infrastructure.