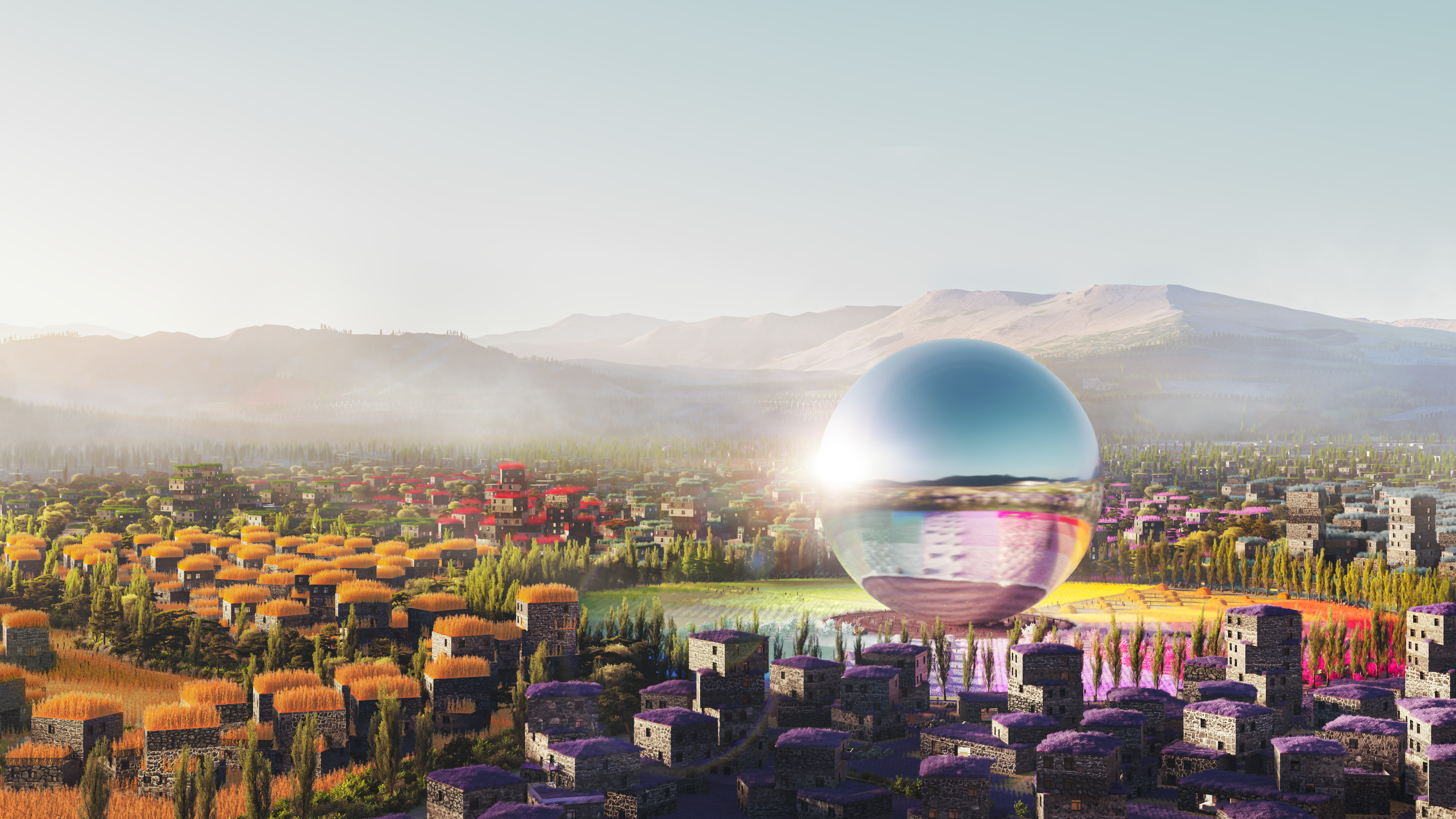 Armenian valley to be “future-proofed” with 12,000 new homes and a stadium

DUTCH architecture firm MVRDV has unveiled its vision for a sustainable and self-sufficient 12,000 unit development called Gagarin Valley in Armenia.

The development, named after the Soviet cosmonaut Yuri Gagarin, will be located near Lake Sevan, the largest lake in the Caucasus, 50 kilometres from the capital Yerevan.

There are already 11,000 people living in several villages spread throughout the valley surrounding the site. 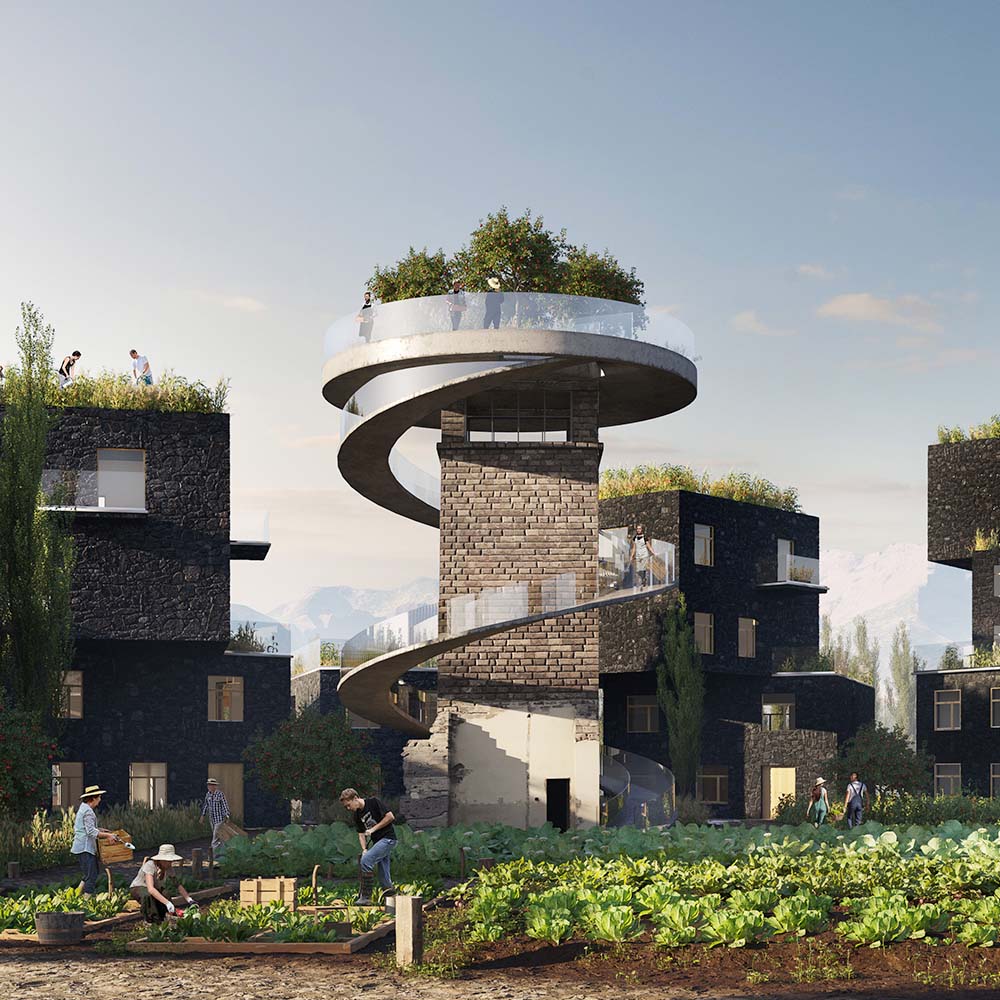 Above and Below: Existing buildings will be preserved adapted while new buildings will take inspiration from traditional Armenian farmhouses. Images courtesy of MVRDV. 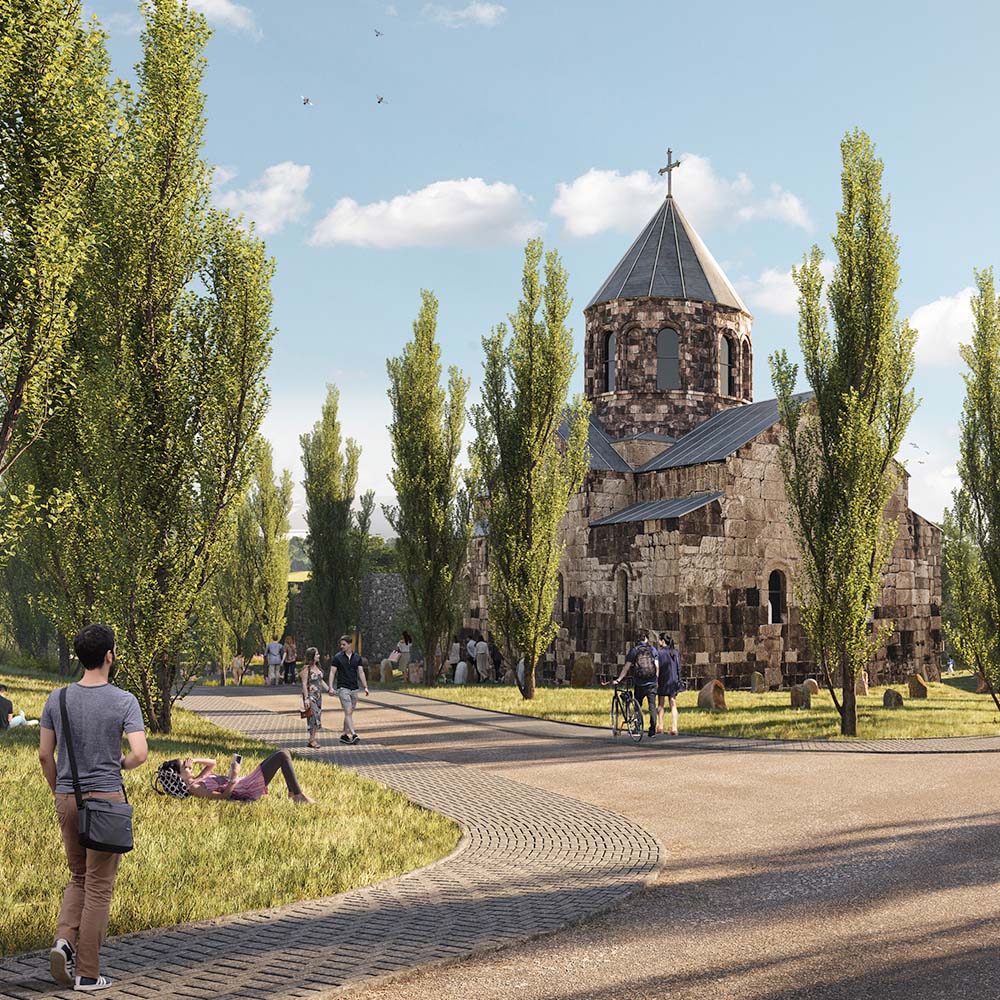 The 34,000-hectare development will add 10,000 unique plant species, a market hall, commercial centre, an arts centre, a 4,500-capacity stadium as well as the residential units.

MVRDV were commissioned by the DAR Foundation for Regional Development and Competitiveness to ensure the site was “future-proof” to make the area a more attractive place to live.

As such particular attention has been given to ecotourism and recreation, aside from the additional infrastructure the valley will become a destination for people to visit, walk, hike, cycle, and ride horses.

The existing water system in the region will also be adapted with canals, public paths, and greenery added.

While water reservoirs in the mountains will be used to irrigate new farmland. 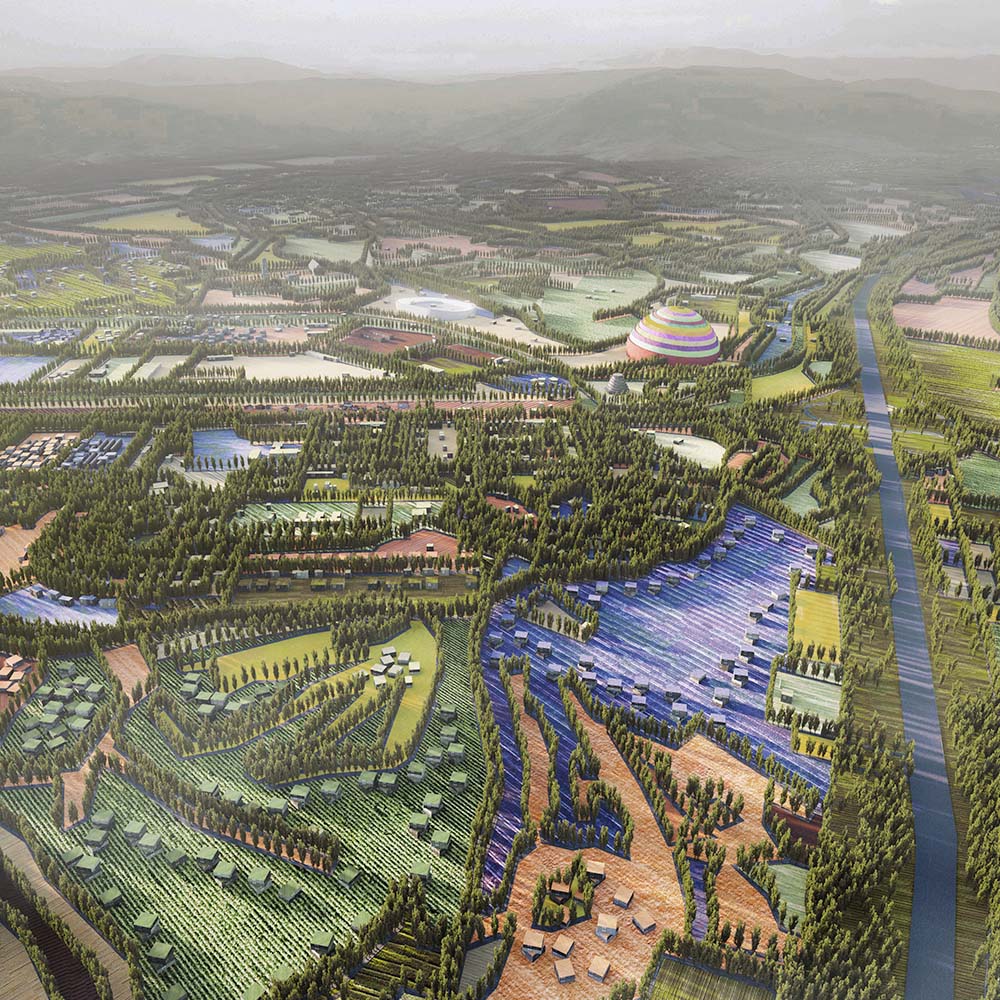 Above and Below: 10,000 unique plant species will planted throughout the valley. Images courtesy of MVRDV. 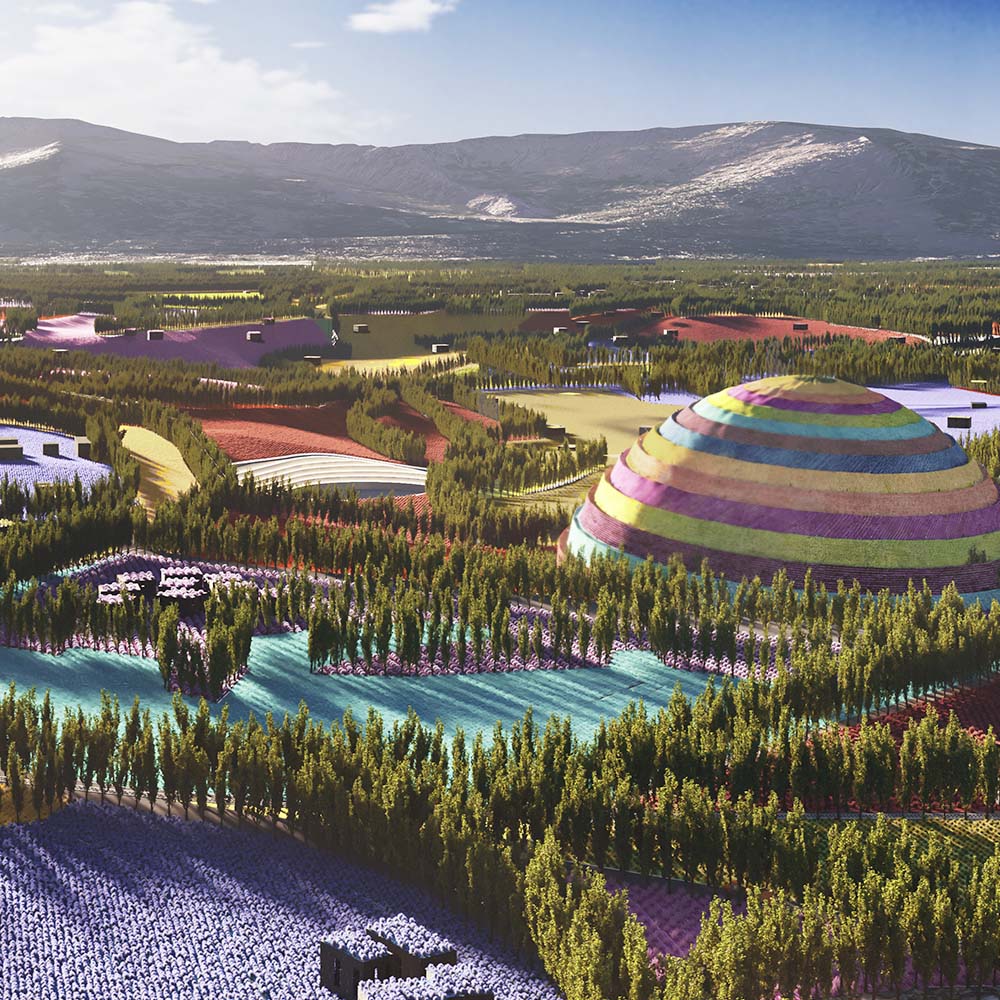 “The area is named after Yuri Gagarin, who was the first human to orbit the earth; he saw the planet’s vulnerability, a house in need of extra care, as many other astronauts have since stressed,” explains MVRDV founding partner Winy Maas in a press release.

“The valley can be seen as a series of test fields for the 10,000 species that will soon flourish there, an enrichment that will give the area the appearance of a garden of Eden.”

Existing Soviet buildings will be renovated and transformed, so as to waste as little building materials as possible.

While new buildings will take their inspiration from traditional Armenian farmhouses.

MVRDV has a history of adapting existing buildings, recently proposing that a 100-metre concrete tower in Shenzhen be retrofitted and turned into a women and children’s centre.