What are "Kinetic Buildings"?

KINETIC buildings can reposition parts of their structure to change their appearance, to create different useable space or to respond to environmental conditions.

Technically it’s a concept that’s been around for centuries from bridges that can raise allowing ships to pass, right back to the first drawbridges that appeared on castles. But now, in the 21st Century, advancements in mechanics, electrical systems and robotics are opening up new frontiers.

Abu Dhabi’s Al Bahar Towers feature responsive façades that shade its glazing from the intense sunlight. The computational design team at Aedas Architects (ANR) simulated how the facades would operate across different seasons and incidence angles in a virtual environment before there were manufactured and installed on site. 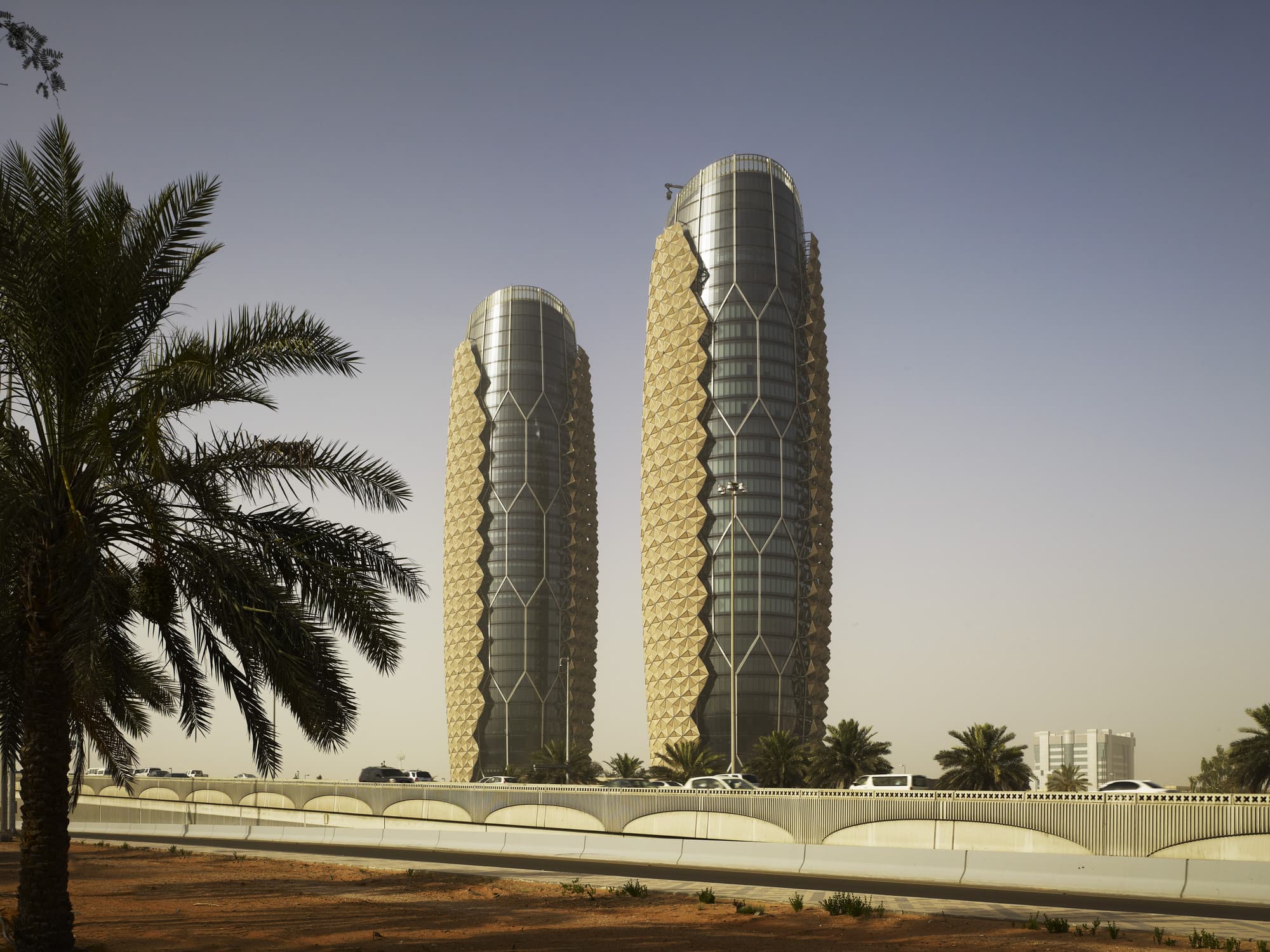 Above: Abu Dhabi’s Al Bahar Towers are one of the world’s largest examples of kinetic elements in building (image courtesy of Christian Richter).

The façade’s form is based on a ‘mashrabiya’ – a traditional Islamic lattice shading device. At 145 meters, the Al Bahar Towers are one of the world’s largest examples of kinetic elements in building.

Sharifi-ha House in Tehran features three rooms that can rotate through 90 degrees on motorised turntables. They turn to open up views and external terraces during Iran’s intense summers and move back into the structure to keep heat in the core of the house during winter.

Each room or pod has a door on the side enabling access to the terrace when they are open and to the house when the pods are turned inwards. The terrace’s balustrades have been engineered to lay flat as the pods turn inwards. 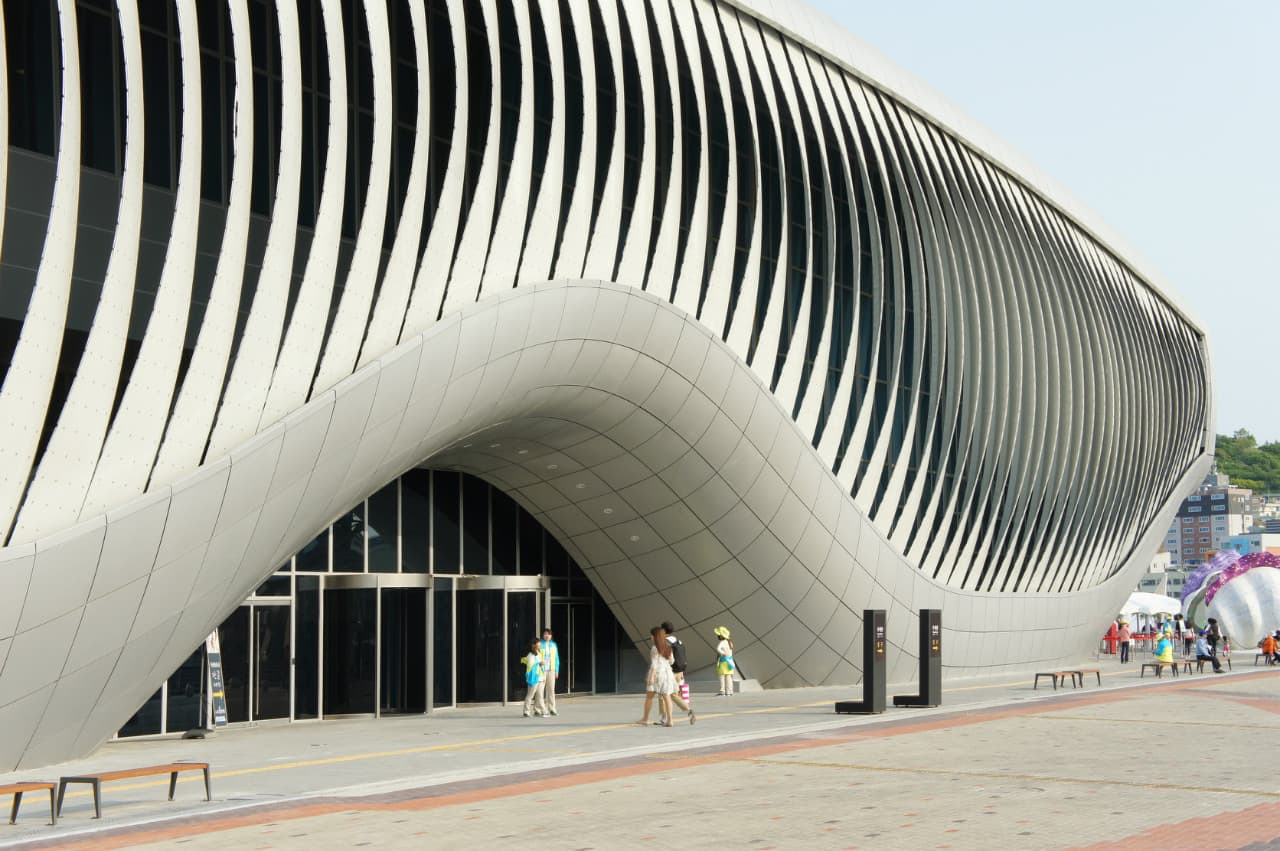 Above: The One Ocean Thematic Pavilion's skin integrates an array of moving lamellas (image courtesy of SOMA).

Another example can be seen in Yeosu, South Korea, home to the One Ocean Thematic Pavilion. Constructed for the 2012 Expo, the building’s skin integrates an array of moving lamellas that offer shading to its internal spaces during the day, and different lighting configurations at night.

They were inspired by a research project at the ITKE University Stuttgart which investigated how biological moving mechanisms could be applied on an architectural scale.

There are several European examples as well. The University of Southern Denmark’s new Kolding Campus is wrapped in over 1,600 perforated shutters.

Sensors on the building’s envelope continuously measure light and heat levels and then adjust the shutters mechanically through a small motor; providing optimal daylight and a maintaining a comfortable indoor climate.

The shutters’ triangular forms mimic that of the building’s floor plate. 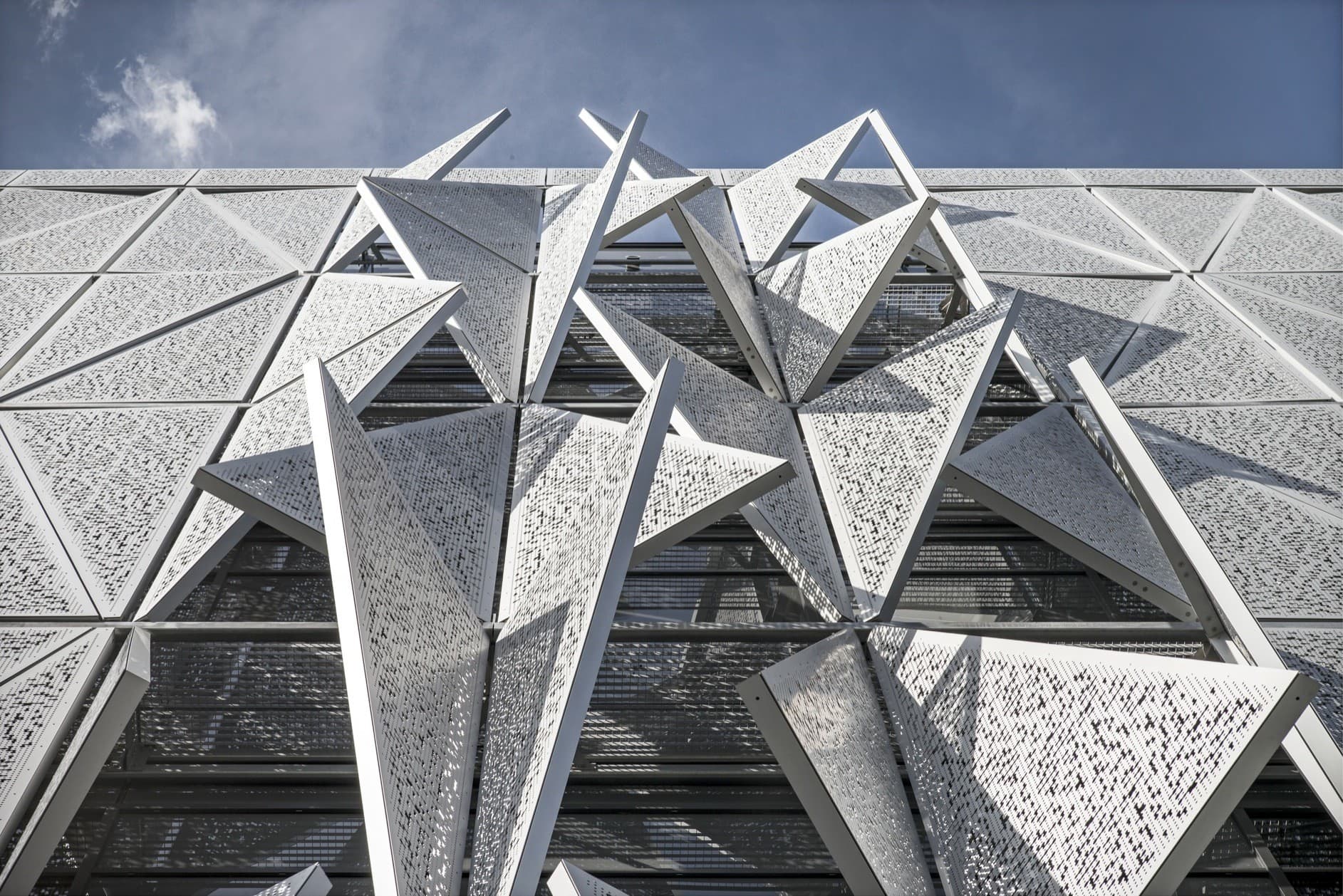 Above: Shutters on the Kolding Campus are adjusted mechanically (image courtesy of Jens Lindhe).

A similar shading technique is employed at Kiefer Technic’s showroom in Austria. Perforated aluminium panels adjust in accordance with sunlight angles and internal climate, changing the facades appearance throughout the day.

Advancing technologies have also made retractable roofs on stadiums more common in recent years, saving many a sporting event.

The most notable is perhaps at Wimbledon in the UK. Retractable pitches, enabling flexible use of stadia are also becoming more prevalent.

These are just some examples of modern kinetic buildings that are appearing in our cities, however, as technology advances you can expect to see many more.

Images courtesy of Christian Richters, NFL, Nextoffice, SOMA / Stefan Rutzinger, SOMA, Jens Lindhe, Jorgen Weber, Giselbrecht + Partners and Flickr / Daniel0685. Footage courtesy of Nextoffice and CNBC. We welcome you sharing our content to inspire others, but please be nice and play by our rules.