VIRGIN Hyperloop has today unveiled its vision for passenger experience in a new concept video that guides viewers through a typical journey.

The film comes on the back of the first ever hyperloop passenger test, conducted by the Virgin team at their Nevada test site in November 2020.

The hyperloop concept imagines passengers travelling across the surface of the Earth at airline speed through pressurised tubes, using electric propulsion and magnetic levitation.

Backers of the technology believe it has the potential to transform transportation, dramatically cutting conventional journey times and enabling people to work in one city but live in another.

One proposal was projected to put Dubai and Abu Dhabi within 12 minutes of each other - it’s currently a two-hour drive by car. 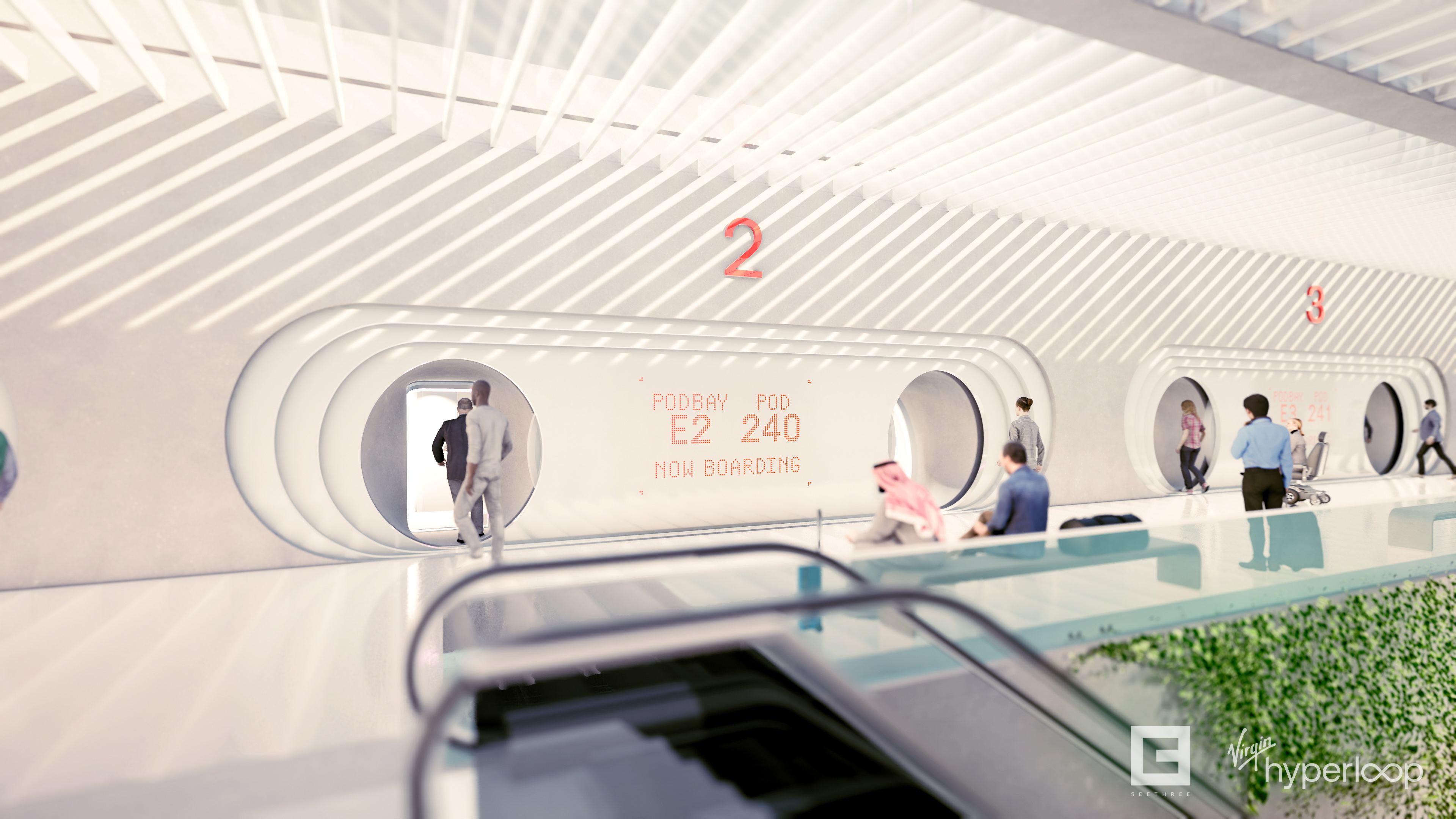 Above: The film reveals the interior of a proposed hyperloop portal. Image courtesy of Virgin Hyperloop.

“Designing a new mode of transportation from scratch is both an opportunity and a responsibility,” explains Sara Luchian, Virgin Hyperloop’s Director of Passenger Experience, in a press release.

“Hyperloop technology – and what it enables – is paradigm-shifting. It follows that the passenger experience should be nothing short of extraordinary.” 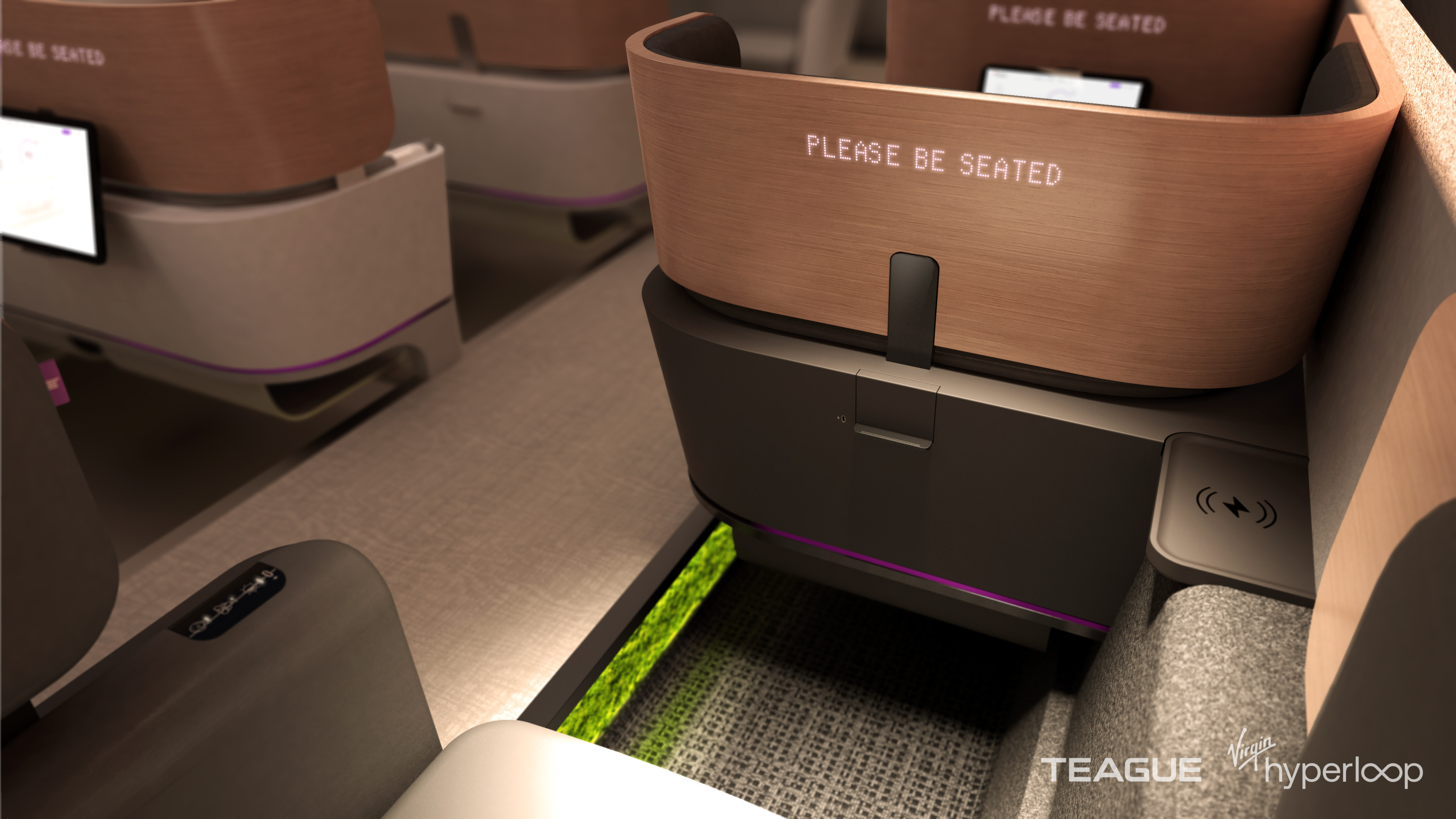 The two-and-a-half-minute clip reveals futuristic sleek white terminals with a colour scheme and palate that doesn’t feel entirely dissimilar to that of Virgin Atlantic.

Viewers are guided from arrival at a portal, through check-in to boarding and then the experience of a full journey.

The smooth, lounge-like interior of the passenger pods is contrasted against footage of them travelling at extreme speed over a landscape of lakes, mountains and shorelines throughout. 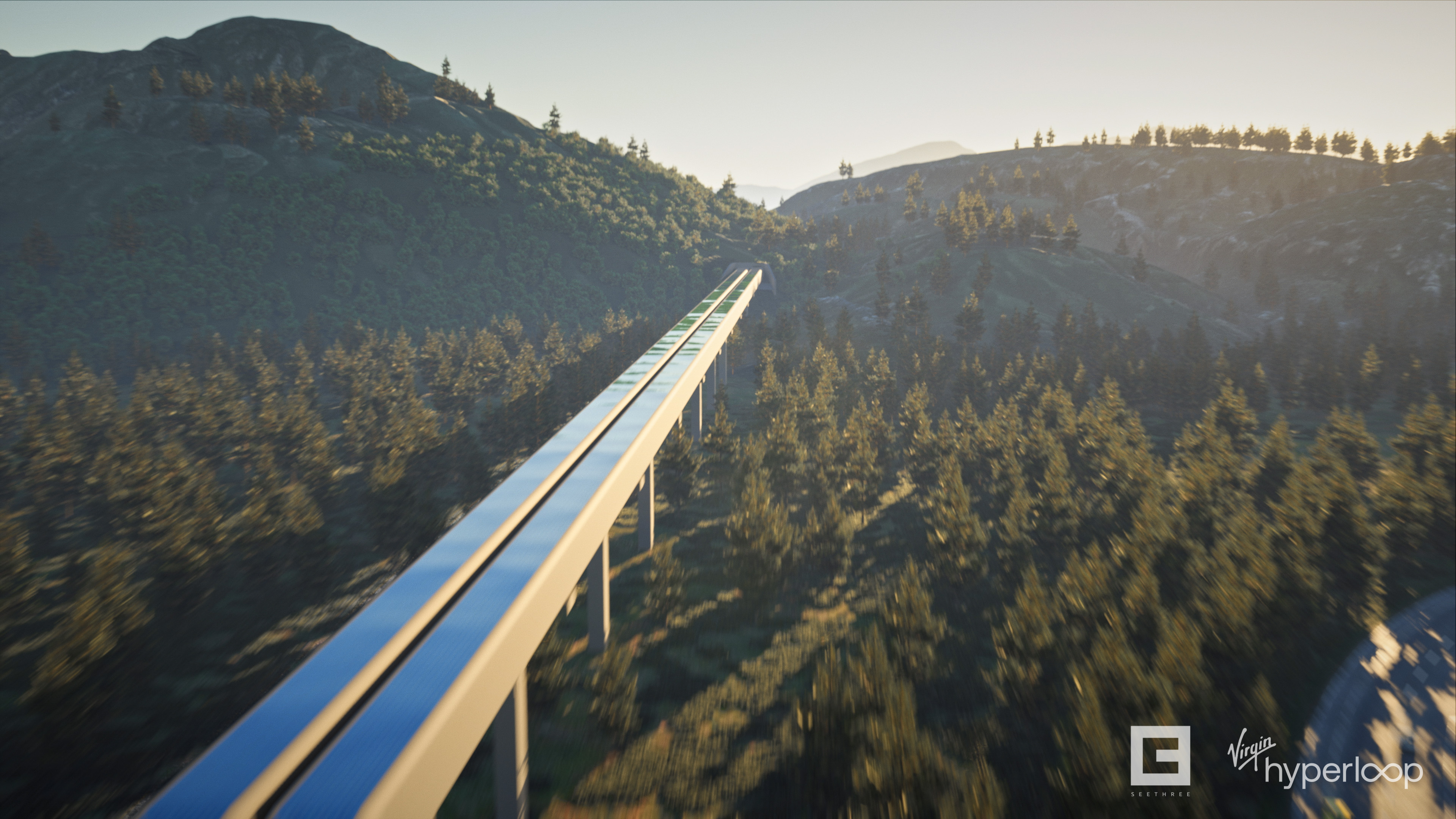 The latest CGI is a further move by the firm to help humanise what is a revolutionary idea and build credibility with those it needs to back it, not least national governments who typically hold the keys to regulatory approval.

The firm has made progress with the US Department of Transportation and will look to continue momentum under the Biden-Harris administration with what is likely to be Pete Buttigieg’s leadership.

It’s also revealed plans to construct its global certification centre in West Virginia, a move it anticipates will boost the local economy and jobs market.

The developments are occurring in tandem with the system’s steady advancement and appear to be part of a coordinated effort to address the concerns of detractors while moving the hyperloop idea from exciting concept to realistic proposition.

Virgin Hyperloop’s team has set out a roadmap to achieving safety certification by 2025 and aims to bring the first operational system online in 2030.

Other firms around the world, including Hyperloop Transportation Technologies (HTT), Hardt Hyperloop, Zeleros and more are also working to mature the technology.

Despite excitement among its supporters, hyperloop has encountered growing scepticism over recent years with some describing the concept as the ultimate “pipe-dream” and pointing to the sizeable costs, safety and engineering challenges.

Those developing the systems say they acknowledge this inevitable sway in opinion and are working to advance the technology, addressing many of the concerns that might instinctively jump to many of our minds.

Virgin Hyperloop has teamed-up with Bjarke Ingels Group (BIG) and Teague for its portal and pod designs respectively, while the passenger experience video itself was produced by SeeThree and Man Made Music.