ENGINEERS in Turkey have moved a 1,600 tonne historical bathhouse from the site of the future Ilisu Dam water reservoir and hydro-electric power station.

The new Ilisu Dam will provide irrigation and electricity to Turkey’s southeast region as part of the much larger and ongoing Southeastern Anatolia Project, whose aim is to create sustainable development for 9 million people. 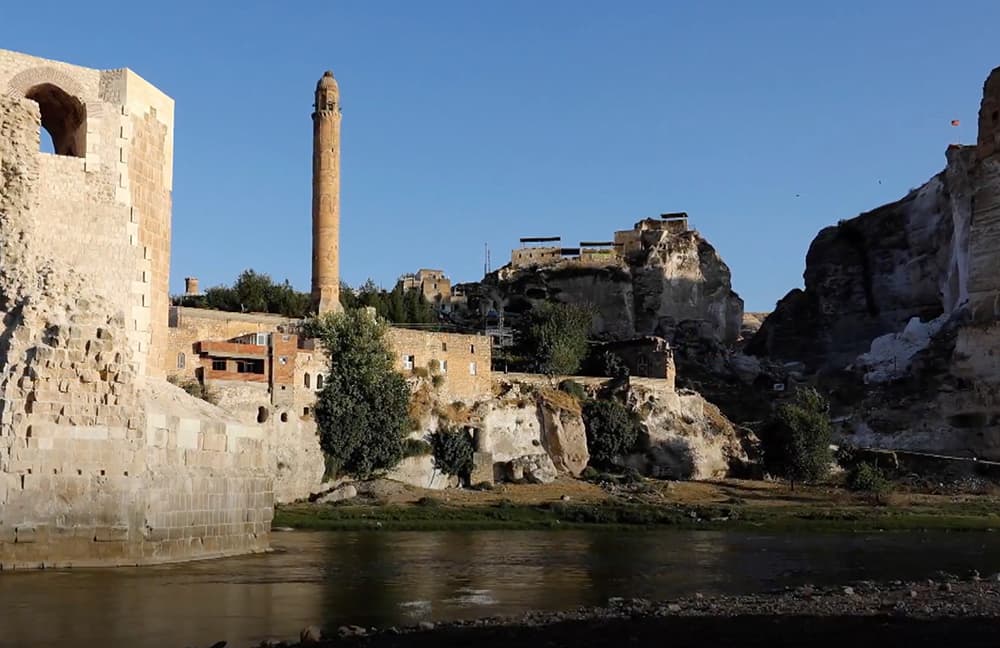 Above: The ancient town of Hasankeyf, which will be submerged once Ilisu Dam reservoir is filled (image courtesy of CGTN).

This latest phase of the project has attracted controversy, as it necessitates flooding the historical city of Hasankeyf, which is at least 12,000 years old, as well as reigniting water-sharing disputes with neighbouring Iraq. 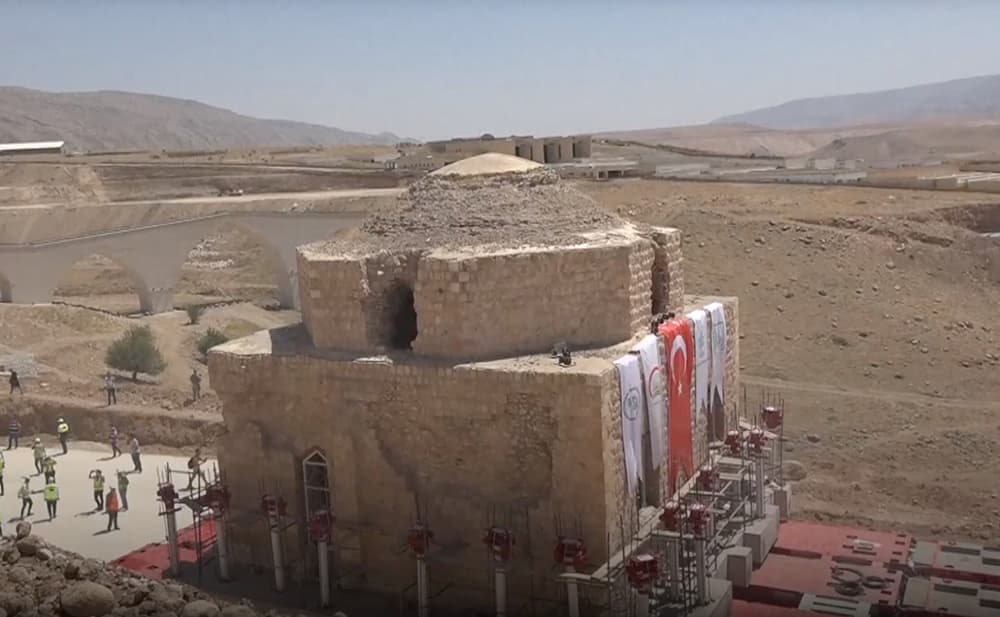 Above: A number of monuments are being relocated to a newly established archaeological park (image courtesy of CGTN).

In order to save some of the area’s built heritage, the Turkish government is creating an archaeological park located nearby to accommodate some of the town’s most significant historical buildings. 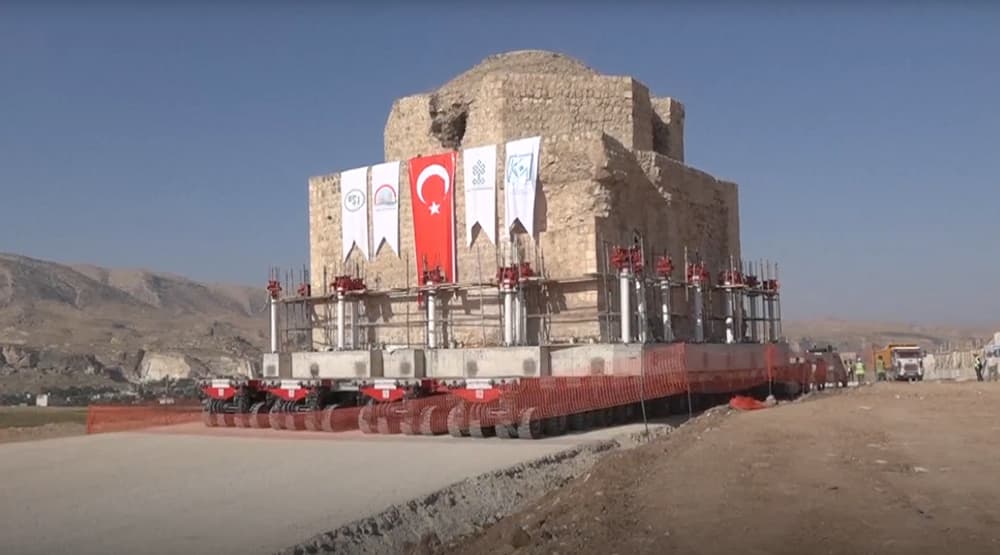 Above: The 650-year old, 1,600 tonne Artuklu Hamam bathhouse was one of the ten buildings that are being moved out of the flood zone ( image courtesy of CGTN).

The most recent building to be relocated was the 650-year old Artuklu Hamam bathhouse. A concrete foundation slab was constructed under the building and the structure was transported from Hasankeyf to the nearby archaeological park. 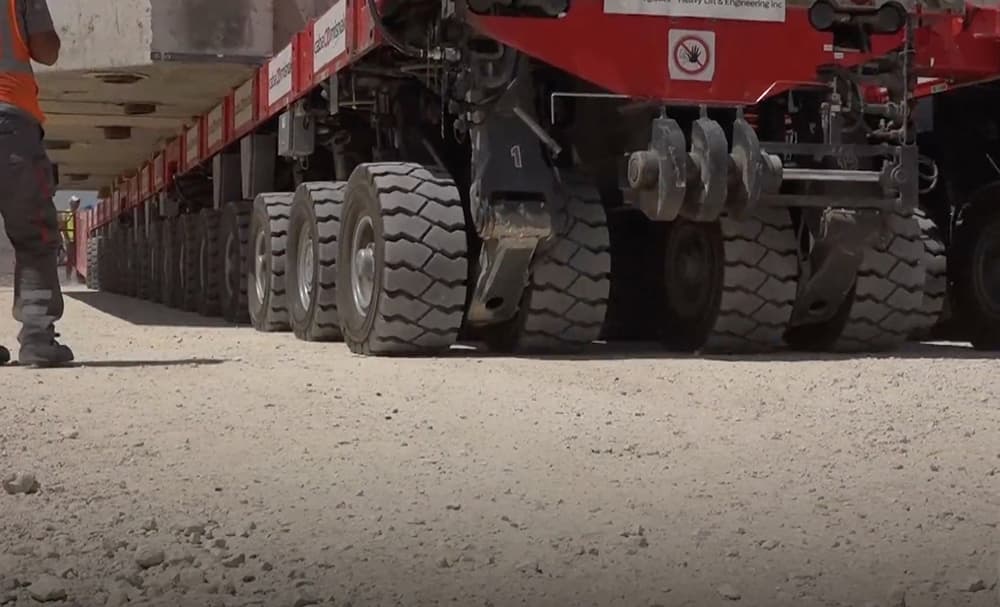 Above: The engineers built a special road from the town to the site of the archaeological park (image courtesy of CGTN).

Authorities have already moved a number of the city’s important monuments, including the 15th century Zeynel Bey tomb weighing 1,100 tonnes. 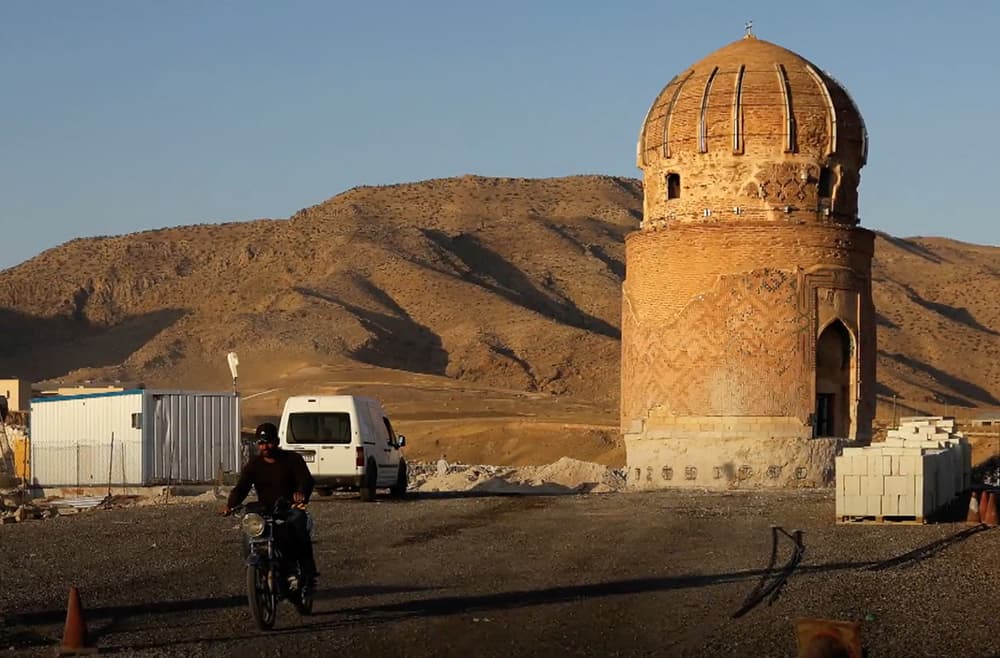 Above: The first structure to be moved was a 15th century tomb weighing 1,100 tonnes (image courtesy of CGTN).

All in all, 10 monuments will be transferred to the new location, with six still remaining in their original place.

The archaeological park is expected to become a major tourist attraction upon completion.