WITH its population predicted to triple to 4.5 million by 2055, Stockholm is one of the fastest growing cities in Europe.

Known for its high quality of life, affordability is one of the major issues facing the city today.

Local politicians and developers have come under increased pressure to deliver more homes, and there are plans to build 140,000 by 2030 on a number of sites in the city, across all categories. 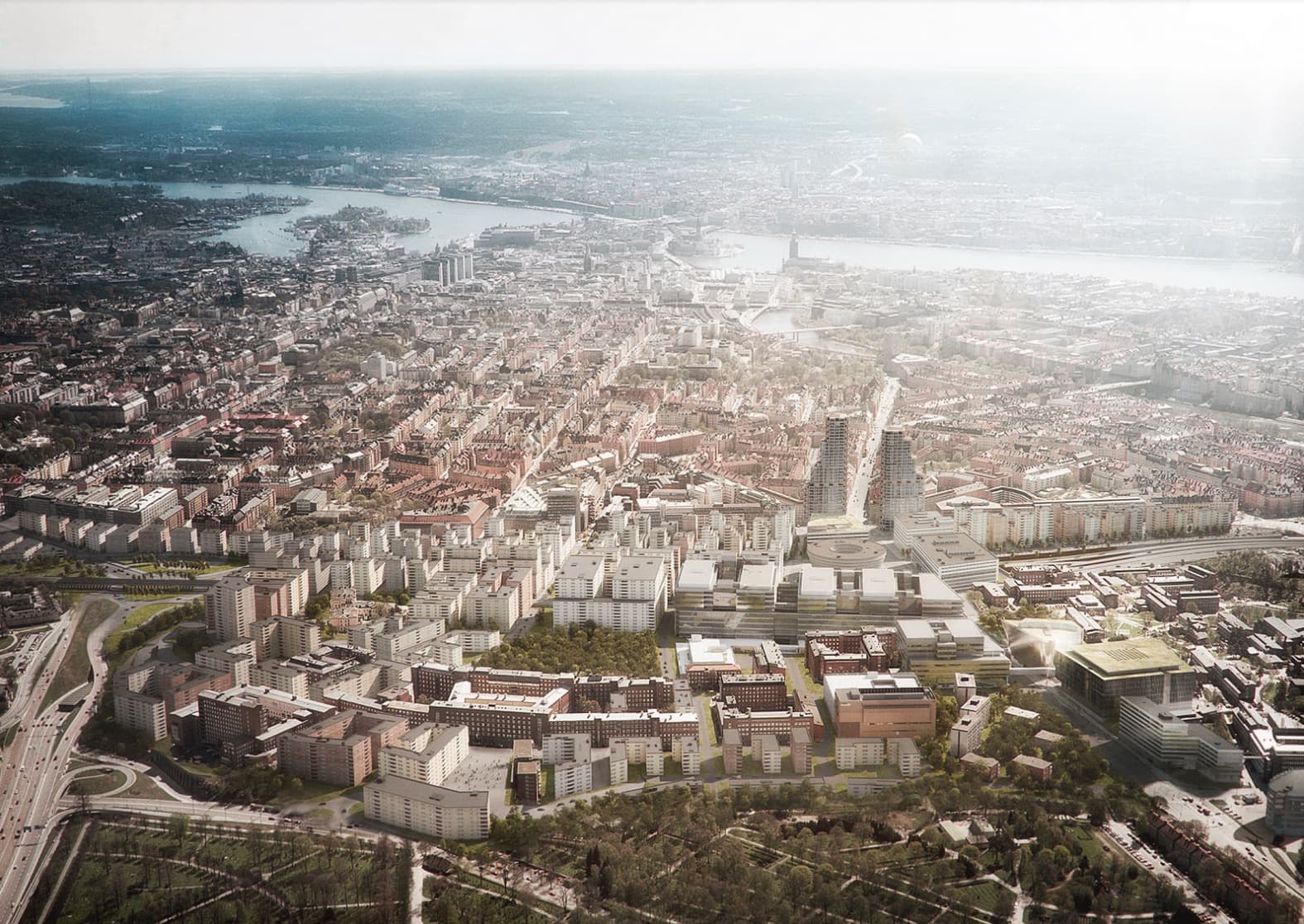 Above: Stockholm is planning to build large amounts of residential development, including high-rises (image courtesy of Boomimages).

Developed by Oscar Properties, the recently finished Innovationen Tower, is one of the most visible symbols of this change. Standing 125 metres and 36 storeys tall, it is no ordinary Stockholm building.

Located on the northern edge of the Swedish capital and officially opened last month, this is the city's tallest residential building to date. 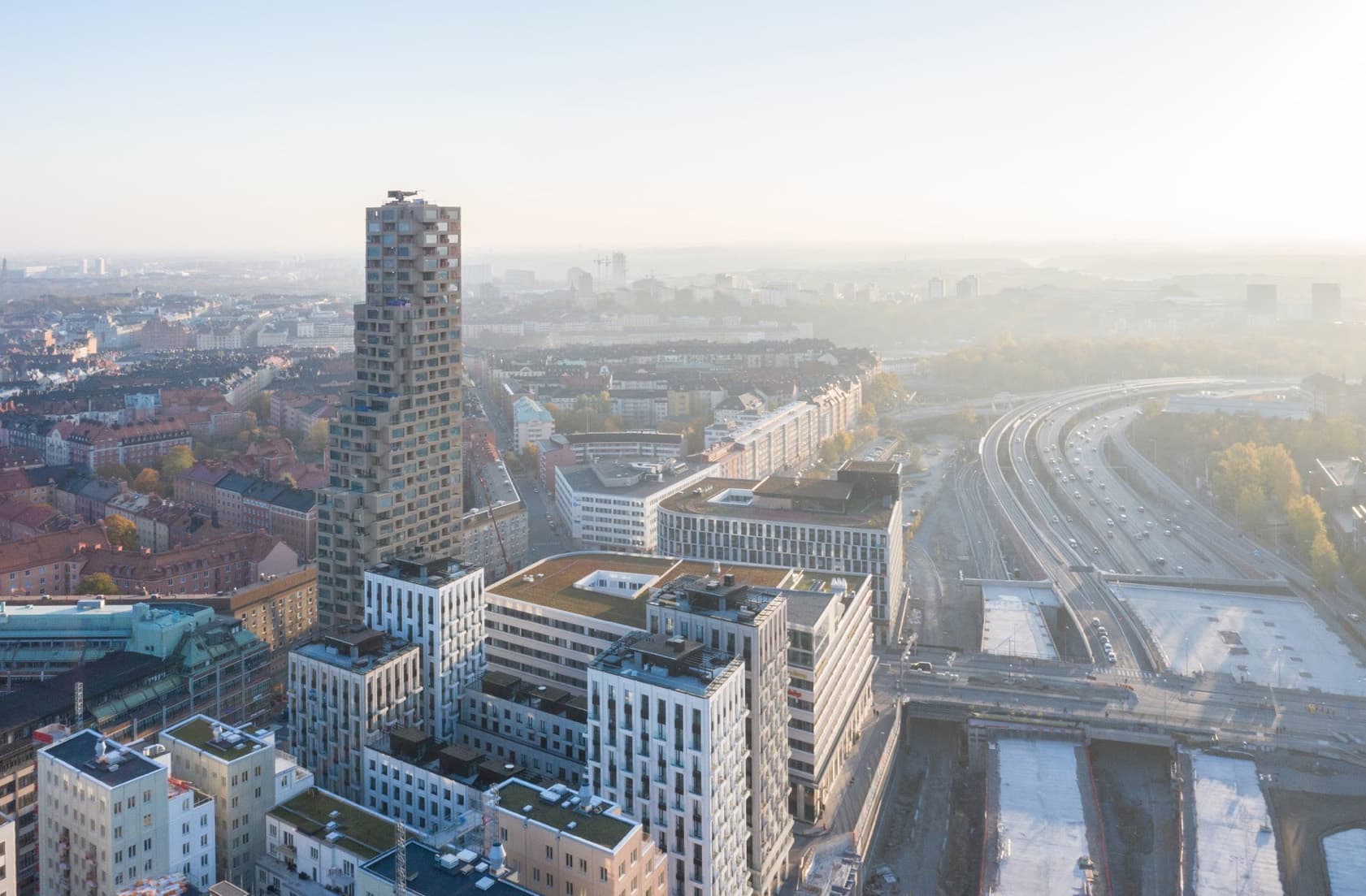 Above: Innovationen Tower, located on the northern edge of central Stockholm is the city's the tallest residential building (image courtesy of Laurian Ghinitou).

Containing 182 homes ranging from a one bedroom, 44 square metre flat to a two storey penthouse, Innovationen Tower also contains a guest apartment, a cinema room, a gym and sauna. 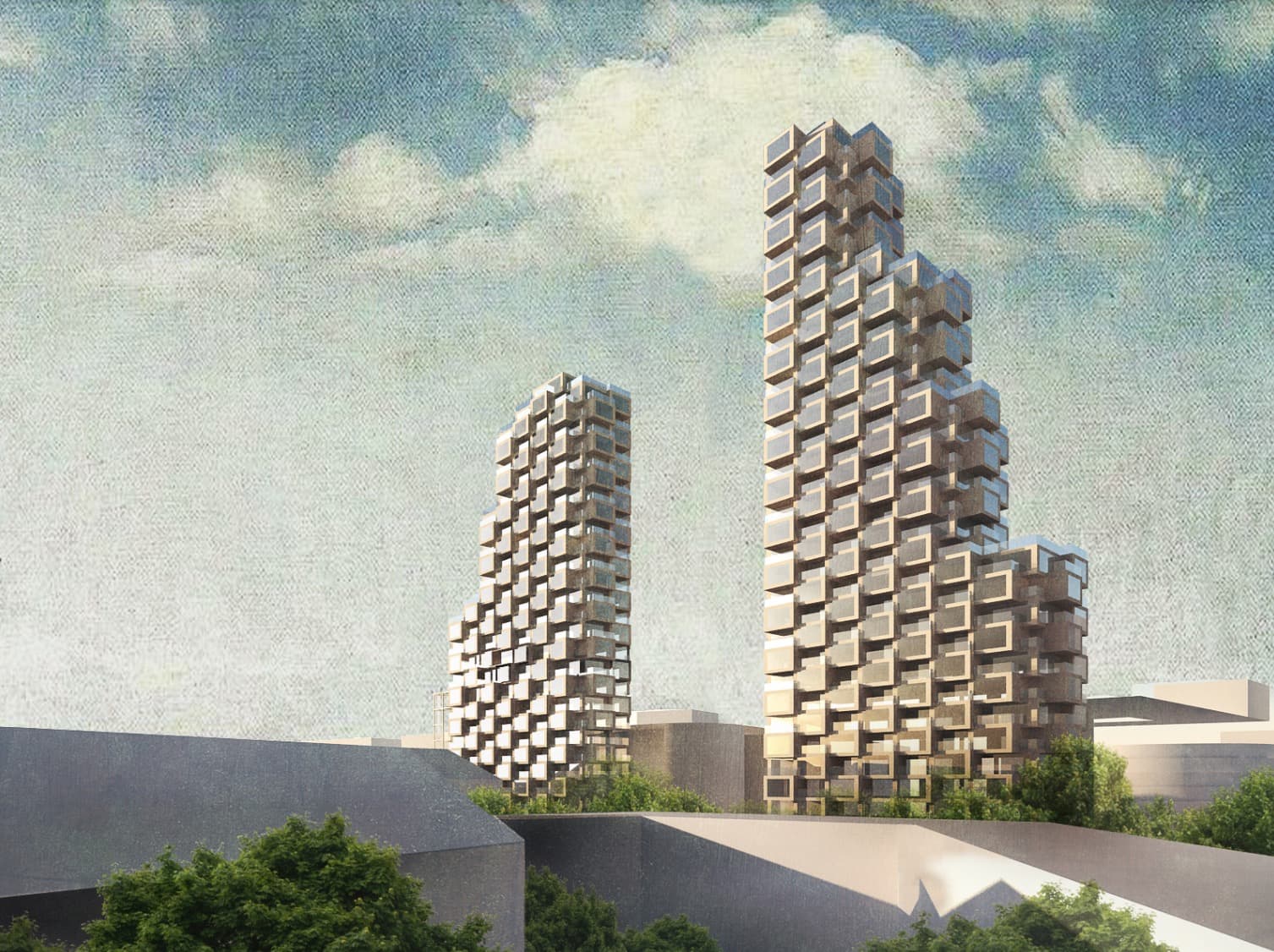 Above: Artist's impression showing the two towers of the Norra Tornen project (image courtesy of OMA).

Designed by Dutch architecture practice OMA, it is one half of the Norra Tornen complex, which forms a symbolic entry into central Stockholm.

The smaller of the two structures - the 105 metre tall Helix Tower - is still under construction across the street and will be ready in 2020. 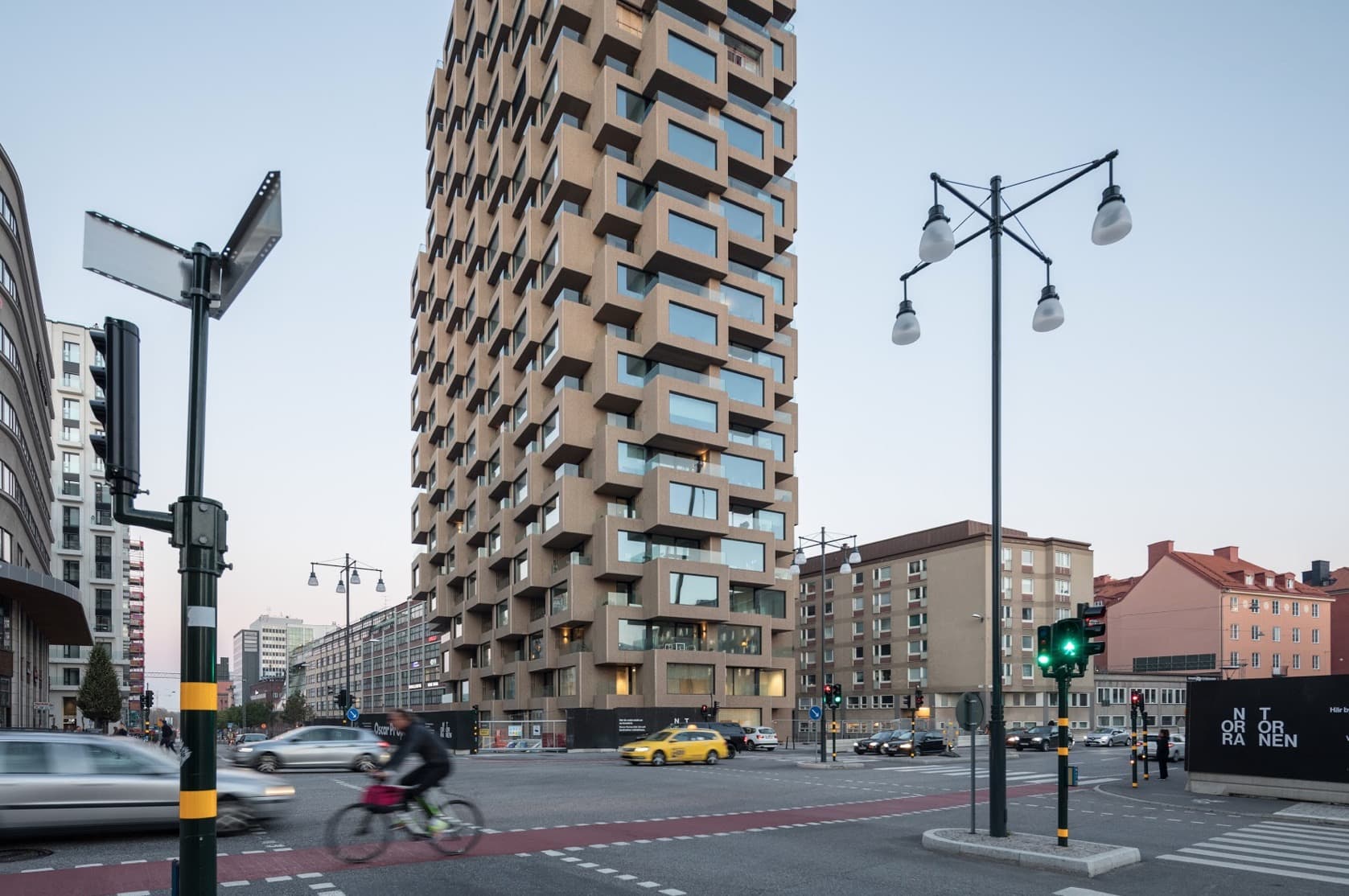 Above: The project is located on a tight site adjacent to a busy intersection (image courtesy of Lauren Ghinitoiu).

The two towers are located on either side of a busy intersection, making their building plots very tight - just 660 and 575 square metres respectively. The architects, therefore, opted for a fully prefabricated facade.

This allowed works to proceed smoothly, saving space on the tight site, while helping to achieve a high-quality finish. It also enabled works to continue into the autumn - something that would have proven difficult with in-situ concrete, that cannot be poured at temperatures below five degrees. 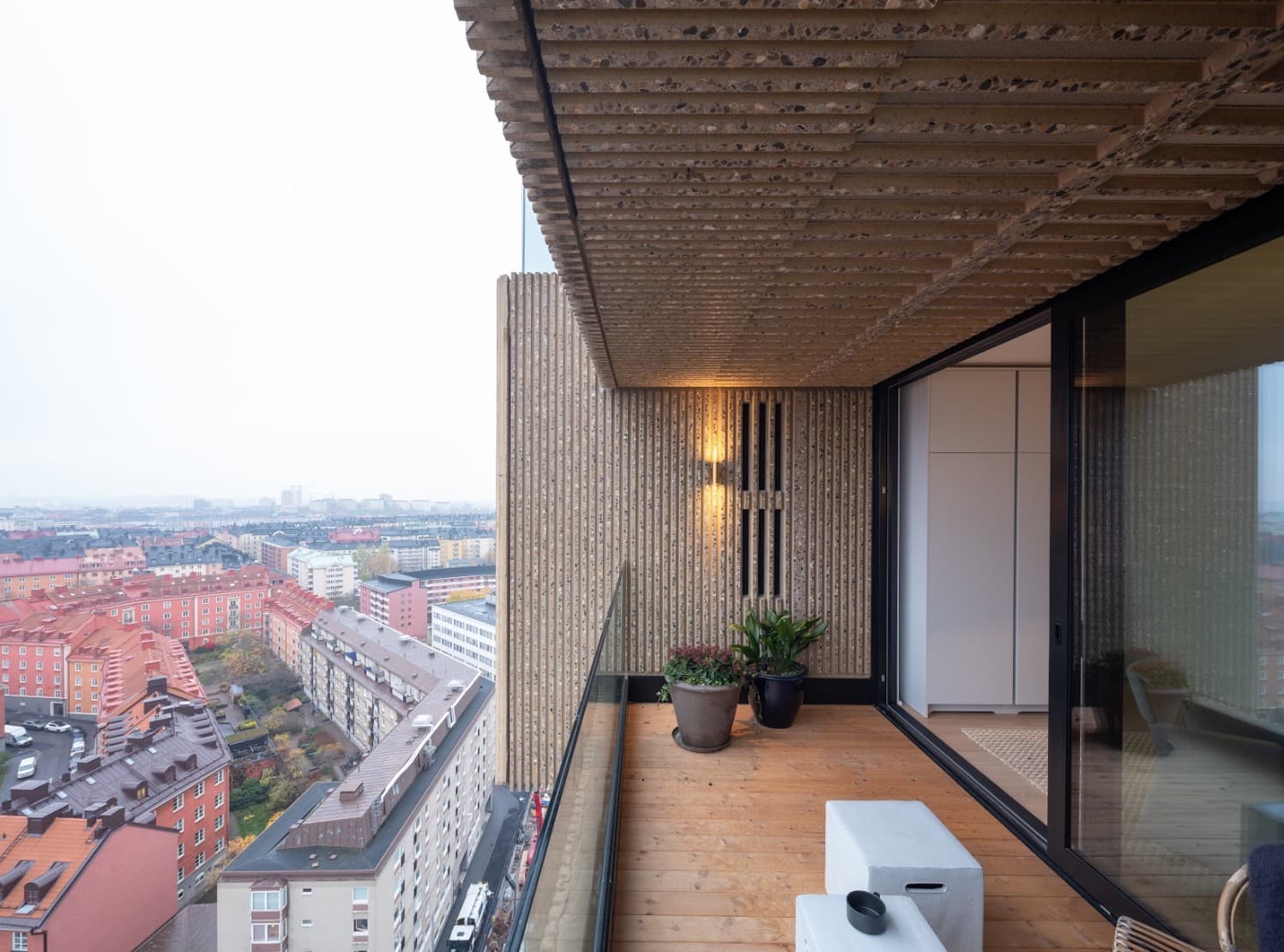 Above: A pixelated design creates outdoor spaces for the residents (image courtesy of Ossip van Duivenbode).

Similarly, the pixelated design of the facade creates a lot of outdoor space - the 182 homes in the Innovationen Tower share a total of 250 terraces between them. This allows the residents to take in the city's clean air - the fourth cleanest of all EU cities. 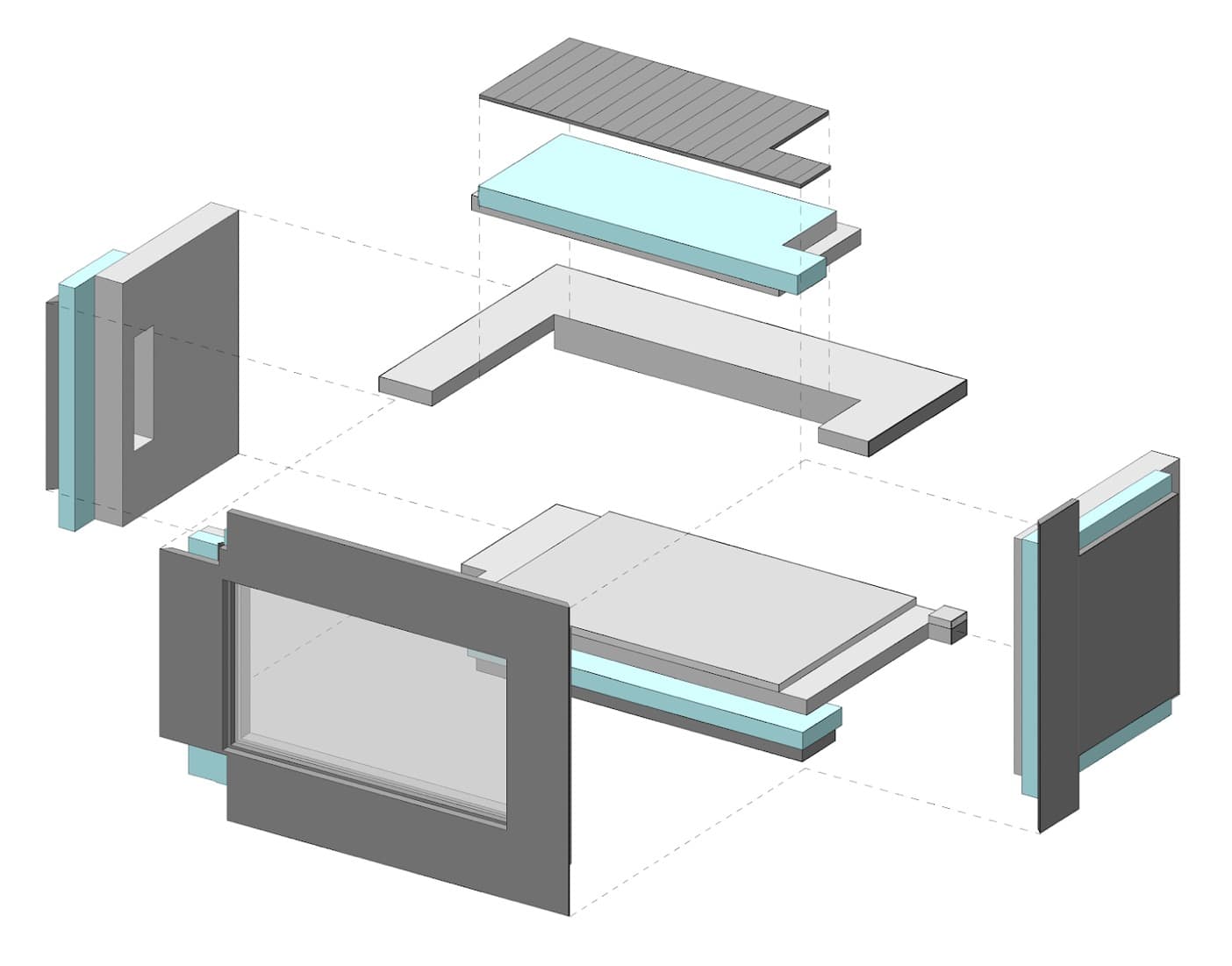 Above: A standard pixel consists of seven prefabricated elements (image courtesy of OMA).

Each “pixel” consists of seven standard elements, and more than 5,000 were used to create the facade of the building.

Off-site construction techniques were also used to construct 180 of the 210 bathrooms and 40 WCs. 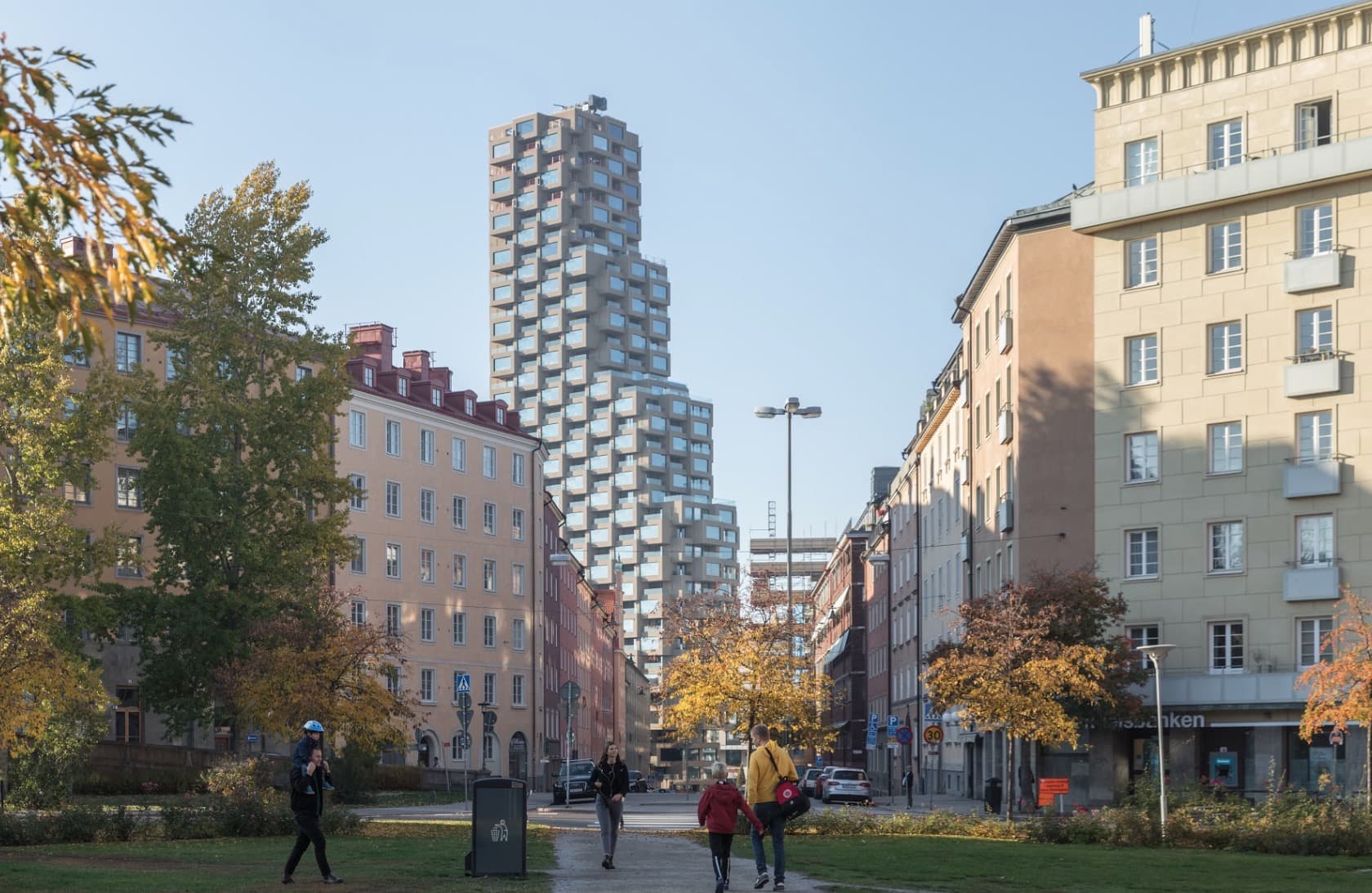 Above: According to the architect, the pixelated design of the tower balances monumentality and human scale (image courtesy of Laurian Ghinitoiu).

The lead architect and OMA partner Reinier de Graaf said of the project: "I've never seen a monumental building that oozes domestic charm as much as Norra Tornen."