Road to the Future

THE global road network is one of the largest systems ever built by man.

In the United States (US) alone, the total length of roadway exceeds 6.6 million kilometres, enough to circle the Earth 165 times.

While relatively simple to build as compared to other structures - like skyscrapers or dams - the sheer scale of the global network makes road construction one of the largest sources of material consumption on our planet. 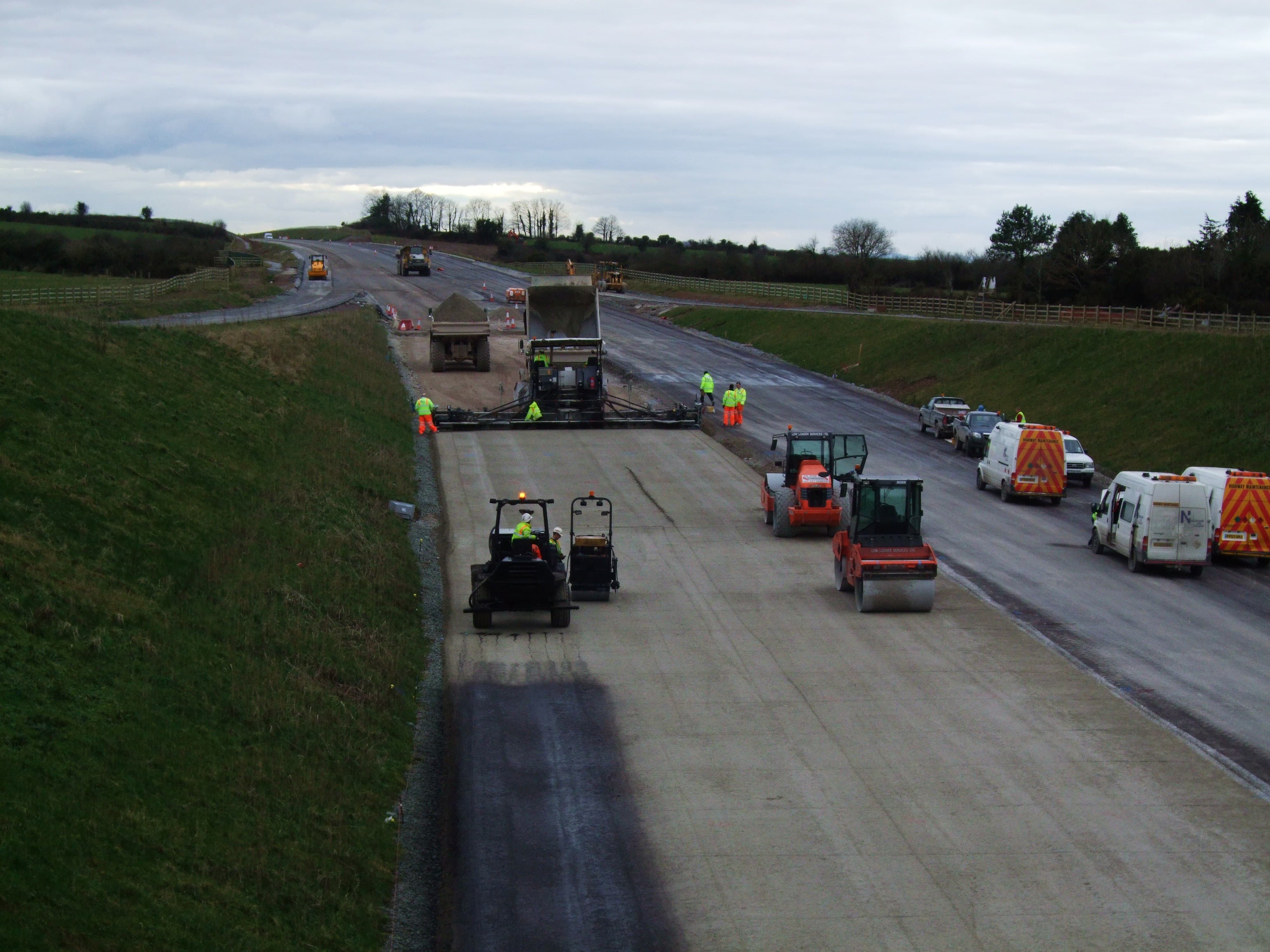 Above: The majority of roads are constructed using crushed rock, sand and asphalt.

While road types can vary greatly depending on their use, location and construction method, the majority are formed from crushed rock, sand and asphalt in a process that releases volatile organic compounds (VOCs) into the atmosphere.

In order to curb the environmental impact of road construction, a number of new innovations are now being trialled.

Replacing some of the finite resources used in road construction with one of humanity’s most notorious waste products - all whilst extending the lifespan of the roadway itself - makes a lot of sense.

In India, the process of melting plastic to fill in potholes has been happening on a small scale for a number of years. 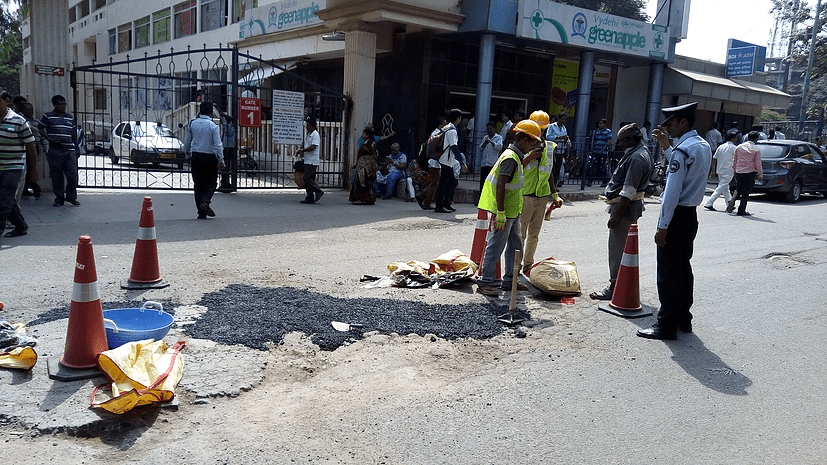 Above: Recycled plastic has been used to fix damaged roads in India for a number of years (image courtesy of Pothole Raja).

British engineer, Toby McCartney, recognised the benefit of using plastic in roads while travelling the country and developed a method of turning plastic bottles into small pellets that could be added to an asphalt mix to increase its bulk.

McCartney’s solution has created roadways that are 60% stronger and last 10 times longer than those built with conventional methods.

The United Kingdom (UK) county of Cumbria quickly noticed the benefits of this innovation and have adopted the process for new public roads in the region. 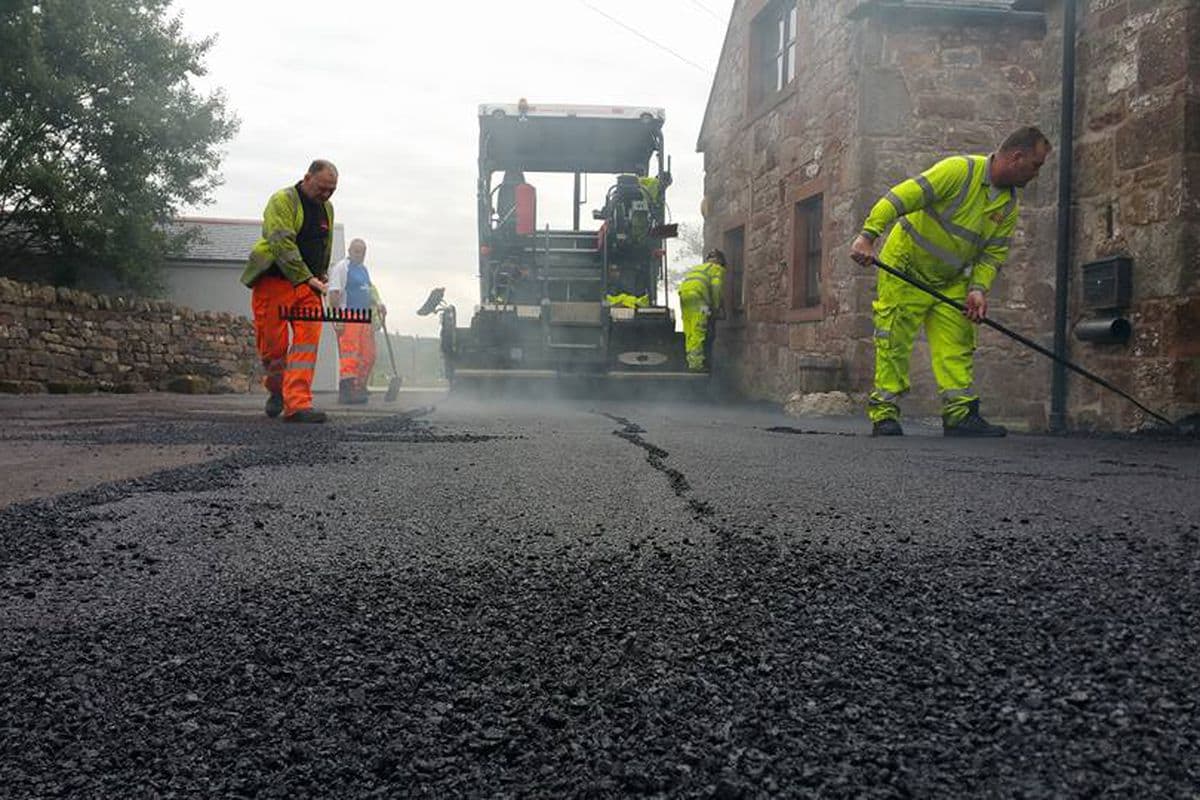 Above: Counties in the UK have started to use recycled plastic on public roads (image courtesy of MacRebur).

Using 3-10 kilograms of waste plastic per tonne of asphalt - and with roughly 10 tonnes of asphalt used in every kilometre of roadway construction - this process has the potential to lock-up a considerable amount of waste material that could otherwise end up in landfill or our oceans.

Taking things a step further, Dutch company KWS, together with Wavin and Total, have developed PlasticRoad; a prefabricated, modular roadway made from recycled plastic.

Above: PlasticRoad used recycled plastic to create a durable and easy to install road system (image courtesy of PlasticRoad).

The product’s anticipated lifespan is three times longer than that of a normal road build-up. It’s also four times lighter and can be constructed 70% faster than a traditional asphalt roadway.

PlasticRoad’s hollow design allows service pipes and cables to be fed through its road deck without the need for extensive digging. Some of the space can also be used to store excess water during storms. 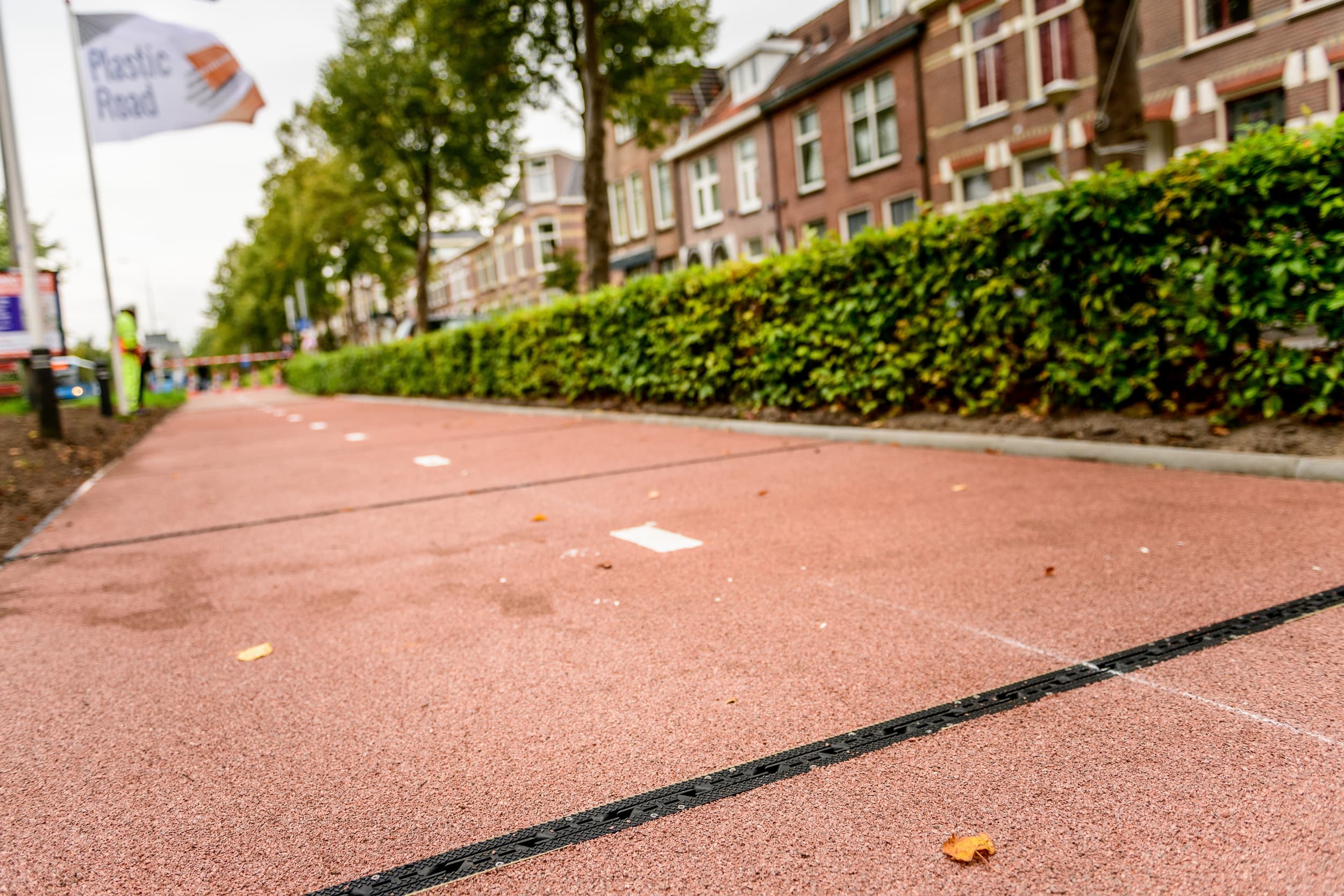 Above: PlasticRoad have installed their first pilot road in the Netherlands (image courtesy of PlasticRoad).

With a number of trial projects now planned - including a bike path in the Netherlands, which opened in September 2018 - you could see prefabricated plastic roads on a street near you in the not too distant future.

Incorporating solar panels directly into the road network has the potential to turn an otherwise static piece of infrastructure into a major source of renewable energy production.

Companies such as Solar Roadways in the US, Wattway in France and SolaRoad in the Netherlands have all developed prototype systems that are durable enough to withstand traffic loads and the elements. 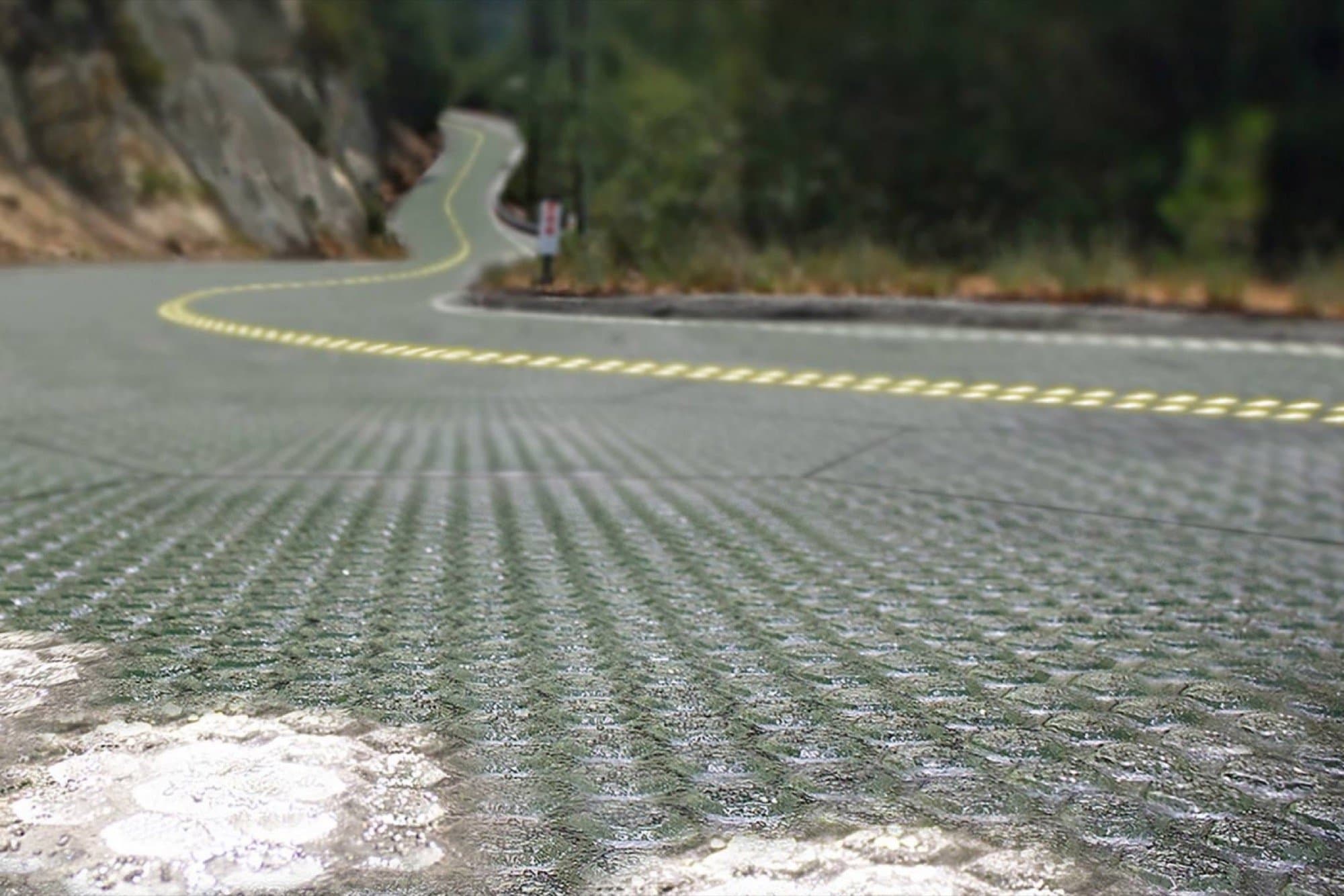 Above: Solar roads could provide a new source of clean energy in the future (image courtesy of Solar Roadways).

While the concept may sound advantageous, critics have raised a number of concerns around this new type of roadway - including the safety of vehicles driving over the toughened glass or silica that is required to protect the photovoltaic elements, and how effective horizontal solar panels can be as compared to those positioned diagonally on roofs. 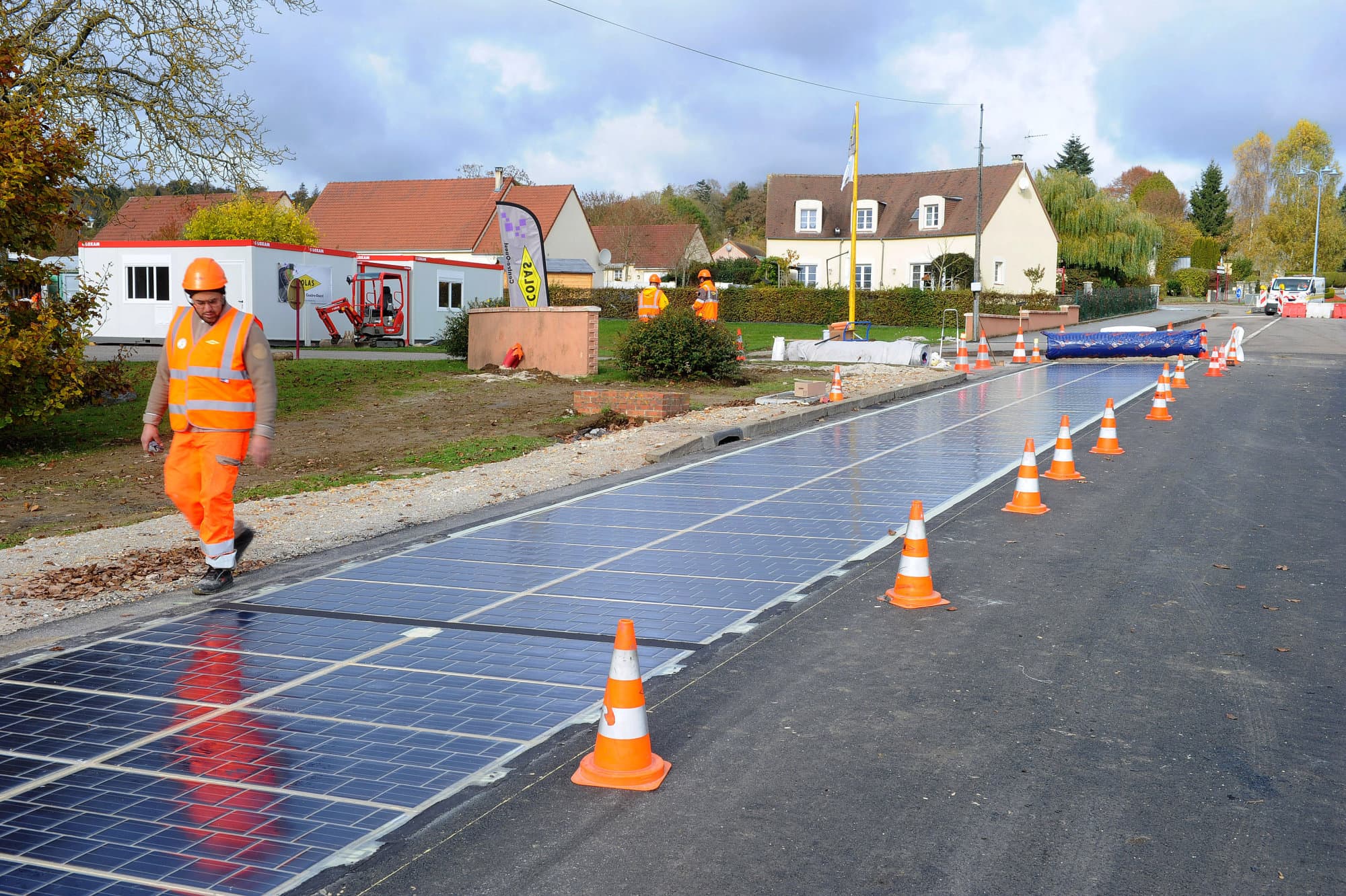 Above and Below: Pilot programs are underway around the world to determine the viability of solar roads (image courtesy o f Wattway and SolaRoad). 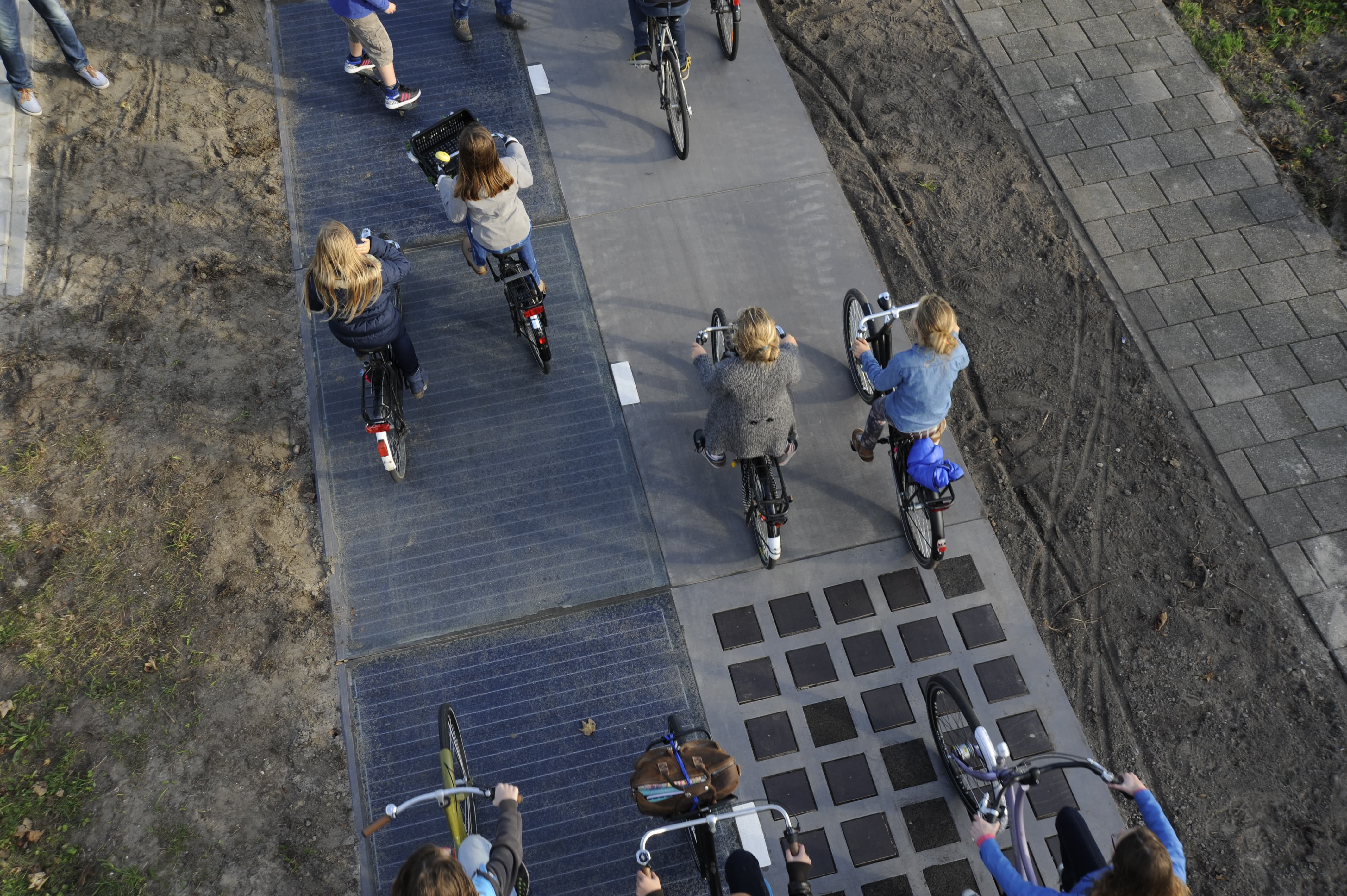 With a drive to reduce pollution, recycle plastic and construct a more sustainable built environment, innovative solutions like these could make a significant difference when applied to something as vast as the global road network.