New Metro Under Construction in Paris

FRENCH contractor Bouygues have released 360-degree footage of the ongoing construction works on the extension to Line 14 of the Paris Métro.

This new portion of the line is also intended to alleviate congestion on other parts of the network.

Completed in 1998, Line 14 is the first and only fully automated metro line in the French capital. The project was excavated using both tunnel boring machines (TBMs) as well as the cut-and-cover method. 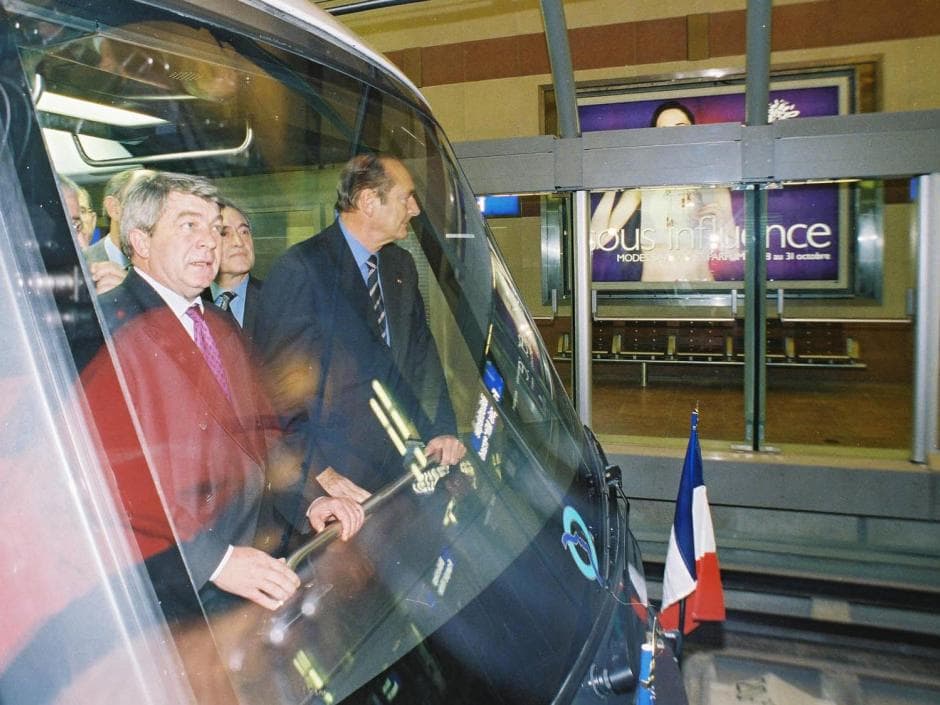 Above: Opening of the driverless Paris Métro Line 14 by then-president Jacques Chirac in 1998 (image courtesy of RATP).

A one-station extension on the southern portion of the line was completed in 2007. Since then, the passenger numbers have continued to grow, and a northern extension - from Gare Saint-Lazare to the town hall of Saint-Ouen; a municipality just outside the Parisian Péripherique ring road - is now being built. 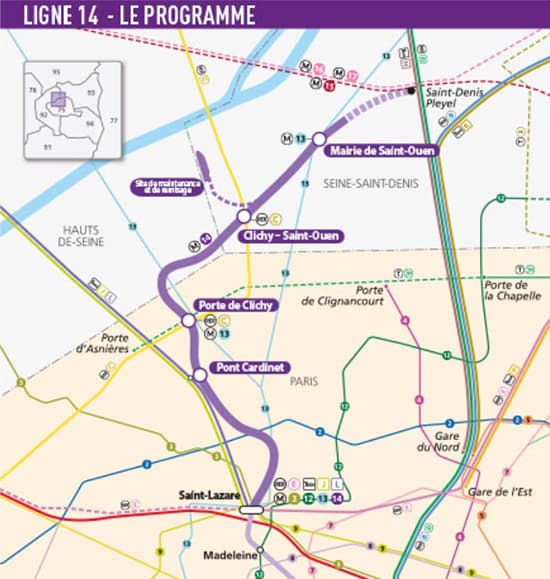 Above: A map of the Line 14 extension currently under construction (image courtesy of RATP).

The 5.8 kilometre extension will include four new stations and platform improvements on the existing sections. The new line will increase capacity from 30,000 to 40,000 commuters during rush hour. 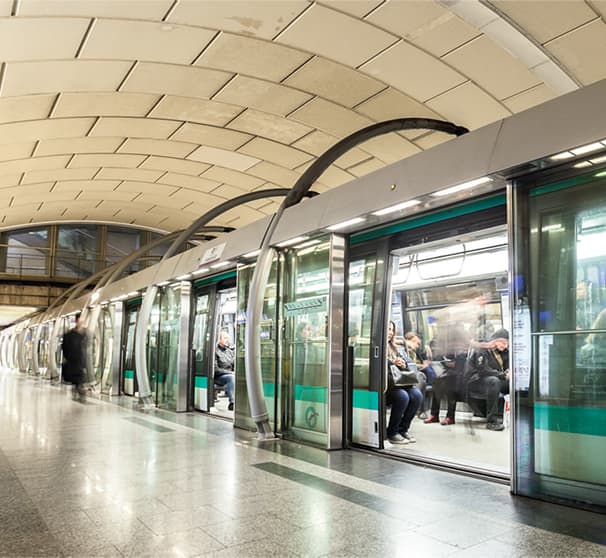 Above: Future platform improvements will help increase the line's capacity by 25% during rush hour (image courtesy of RATP).

Bouygues is carrying out part of the works using an 80 metre long TBM called Solenne. The new tunnels have a diameter of 8 meters. 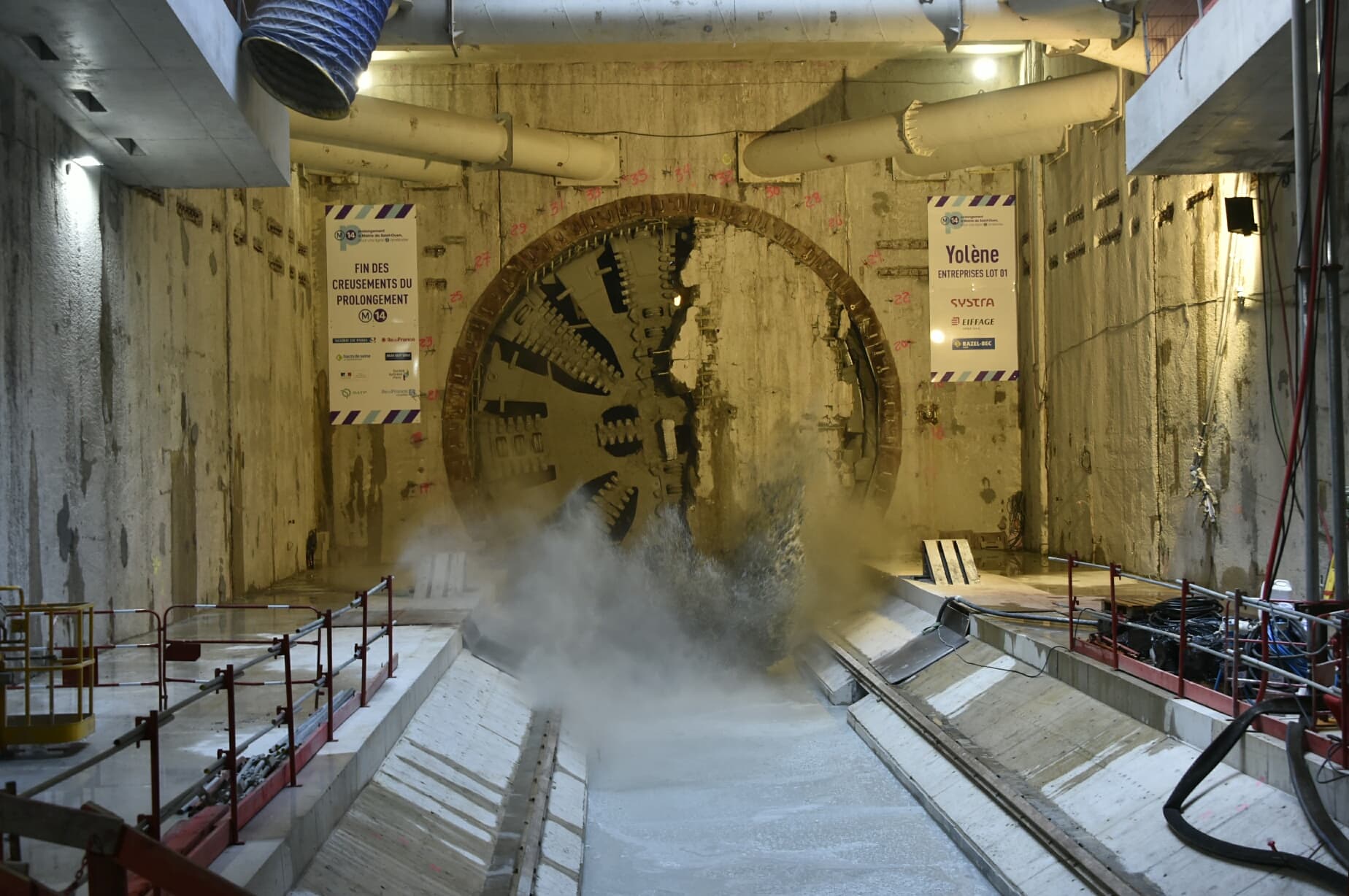 Above: One part of the new metro extension has recently broken through (image courtesy of Bouygues Construction).

Further extensions to Paris Orly Airport in the south and Saint-Denis Pleyel in the north are planned and the line is expected to be incorporated into the Grand Paris Express project.

Construction started in 2014 with completion expected in the summer of 2020.