ONE of the most important pieces of concrete in Japan is born out of one of history’s most chilling events.

The 2011 Tōhoku earthquake and tsunami on the east coast of Japan left roughly 20,000 people dead, decimating entire towns and triggering a nuclear disaster. In the wake of the destruction, the government poured billions of dollars into building new tsunami defence systems.

Now, nearly 400 kilometres of tall concrete walls are standing along the coast, designed to weaken strong waves and buy people time to evacuate during the next disaster.

But the question is – at what cost? 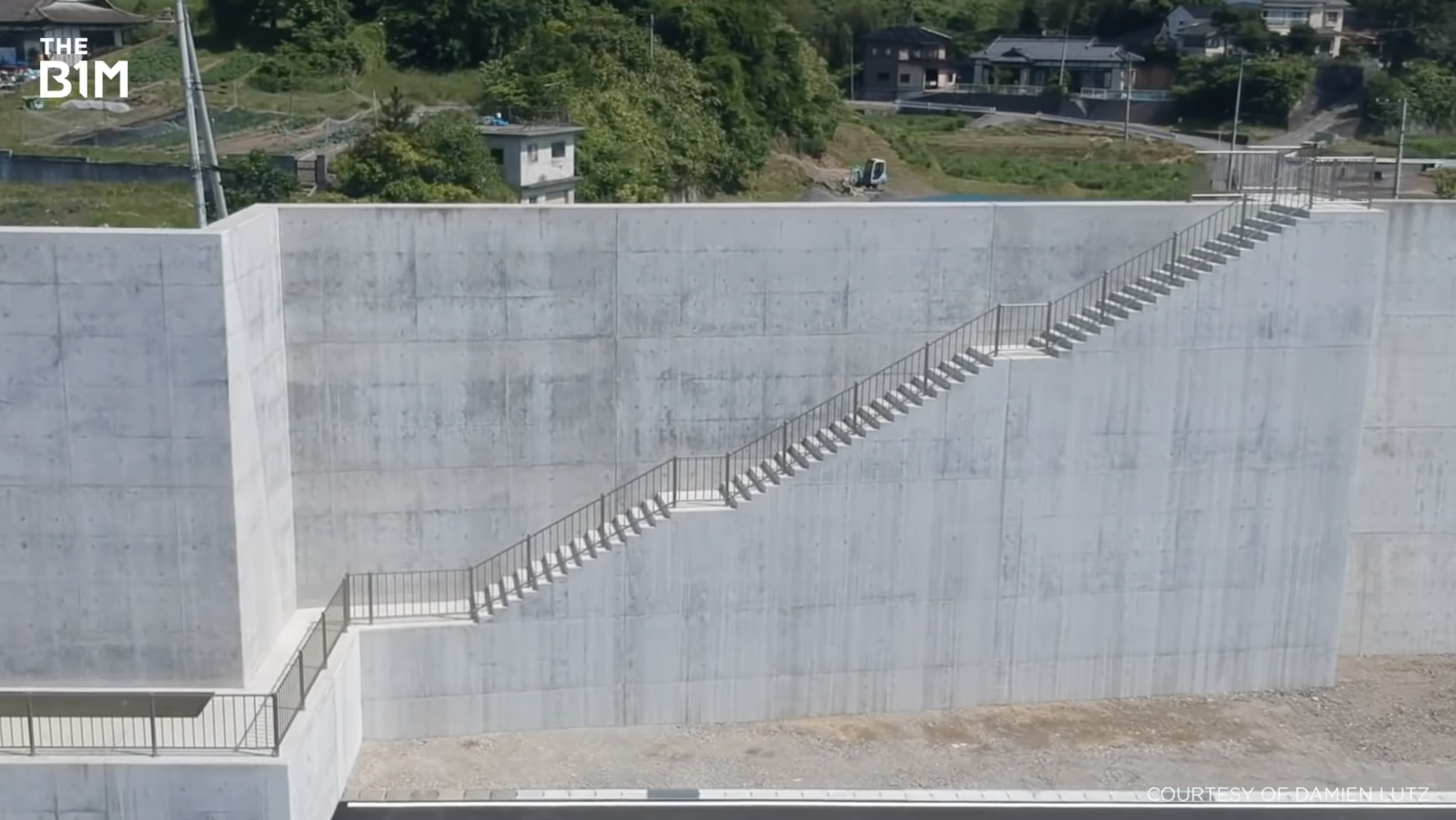 Above: Japan's new sea walls stand up to 14.7 metres tall in some sections. Image courtesy of Damien Lutz.

Sea walls have long been part of Japan’s coastline, and over the centuries the country has made a name for itself as a world leader in coastal engineering.

Just take the town of Tarō. It endured two devastating hurricanes in 1896 and 1933. Soon after, it became a global example of coastal defence systems, constructing an x-shaped structure with 2.4 kilometres of sea walls 10 metres tall. 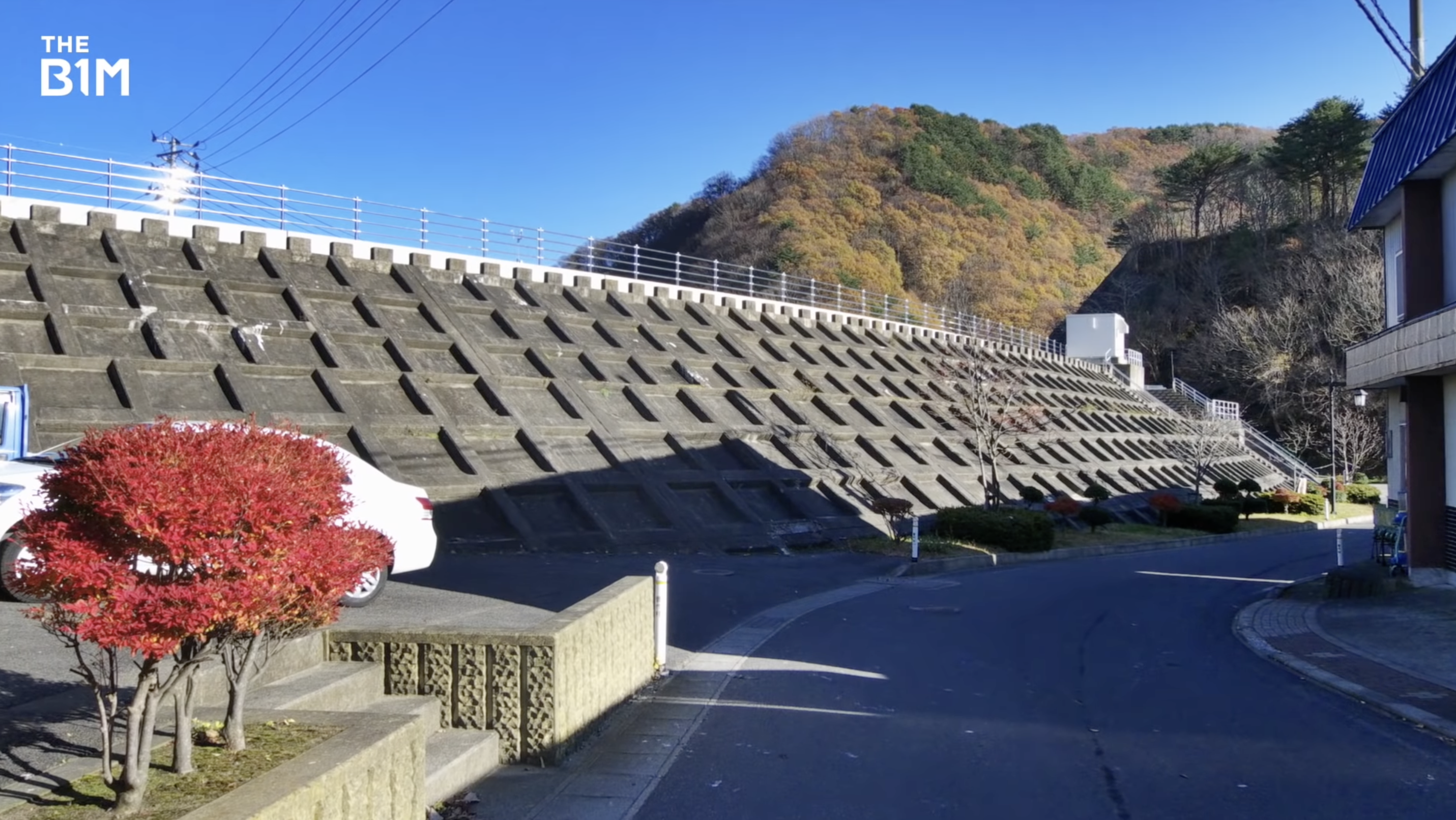 The walls did reduce the force of the tsunami, but the massive waves still rushed over the top, in some cases crushing the structures completely and failing to protect the Fukushima nuclear power plant. 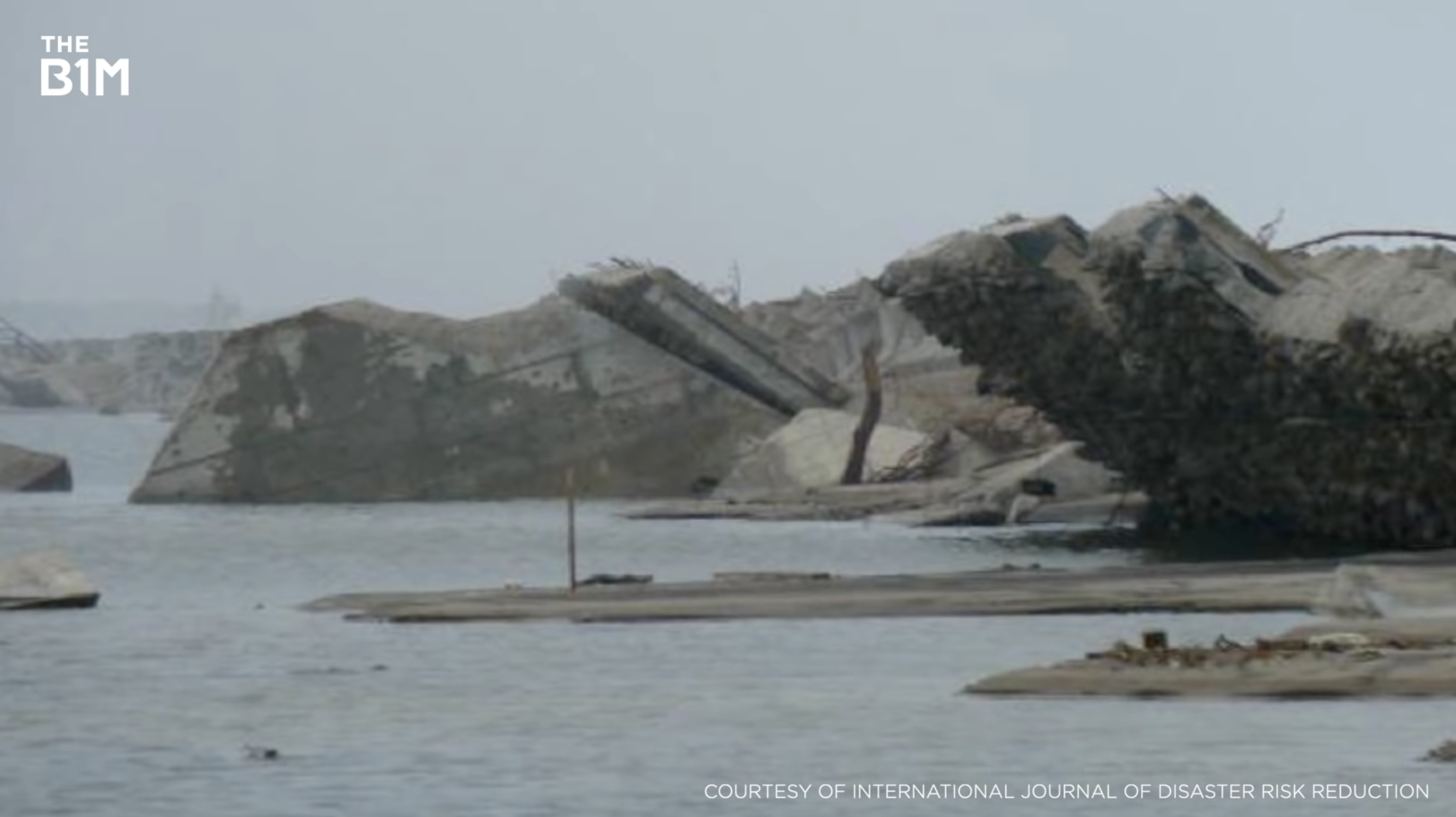 Above: Some of Japan's coastal defence systems failed in the 2011 storm. Image courtesy of International Journal of Disaster Risk Reduction.

“Really before that, they were the best prepared nation in the world for a tsunami, but the tsunami, simply put, it simply was much bigger than they expected,” senior lecturer at London South Bank University Dr. David McGovern said.

“The approach now is, well, that's fine, we're going to build big walls in such a way that if they get overtopped, they don't fail as in any other structural way.”

After 2011, the Japanese government set aside $12 billion to repair and build nearly 400 kilometres of sea walls along the northeast coast.

These new structures are taller than the ones that stood before, rising up to 14.7 metres in some areas, supported by foundations that are around 25 metres deep in places. 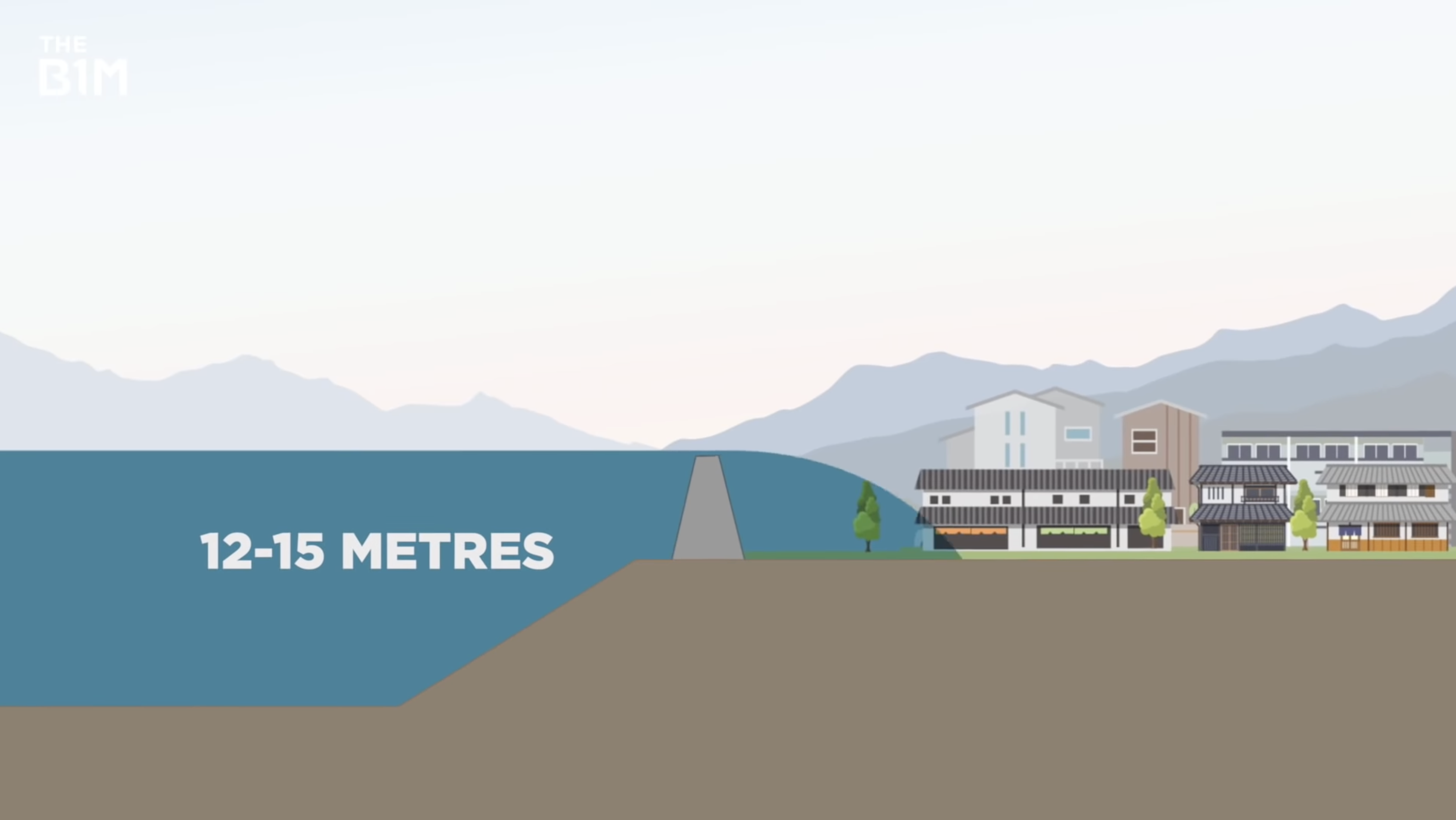 Above: Before 2011, Japan's sea walls were designed to hold back waves of up to eight metres.

They’re complete with wider bases and reinforced inner walls to better absorb the impact of waves and help prevent them from collapsing.

As part of Dr. McGovern’s research, he built a massive indoor tsunami simulator, in collaboration with HR Wallingford and UCL, that can replicate waves like the ones that hit Japan in 2011.

“In terms of sea walls, what was quite key is that when the tsunami approaches, it does so in a way that is not reflective of how we sort of see it in terms of the movies and films where you have a great big breaking crashing wave coming onto the wall, Dr. McGovern said.

In the case of the 2011 tsunami in Japan, the water was more like a gradually rising flood which built up hydrostatic force, rather than a crashing wave. 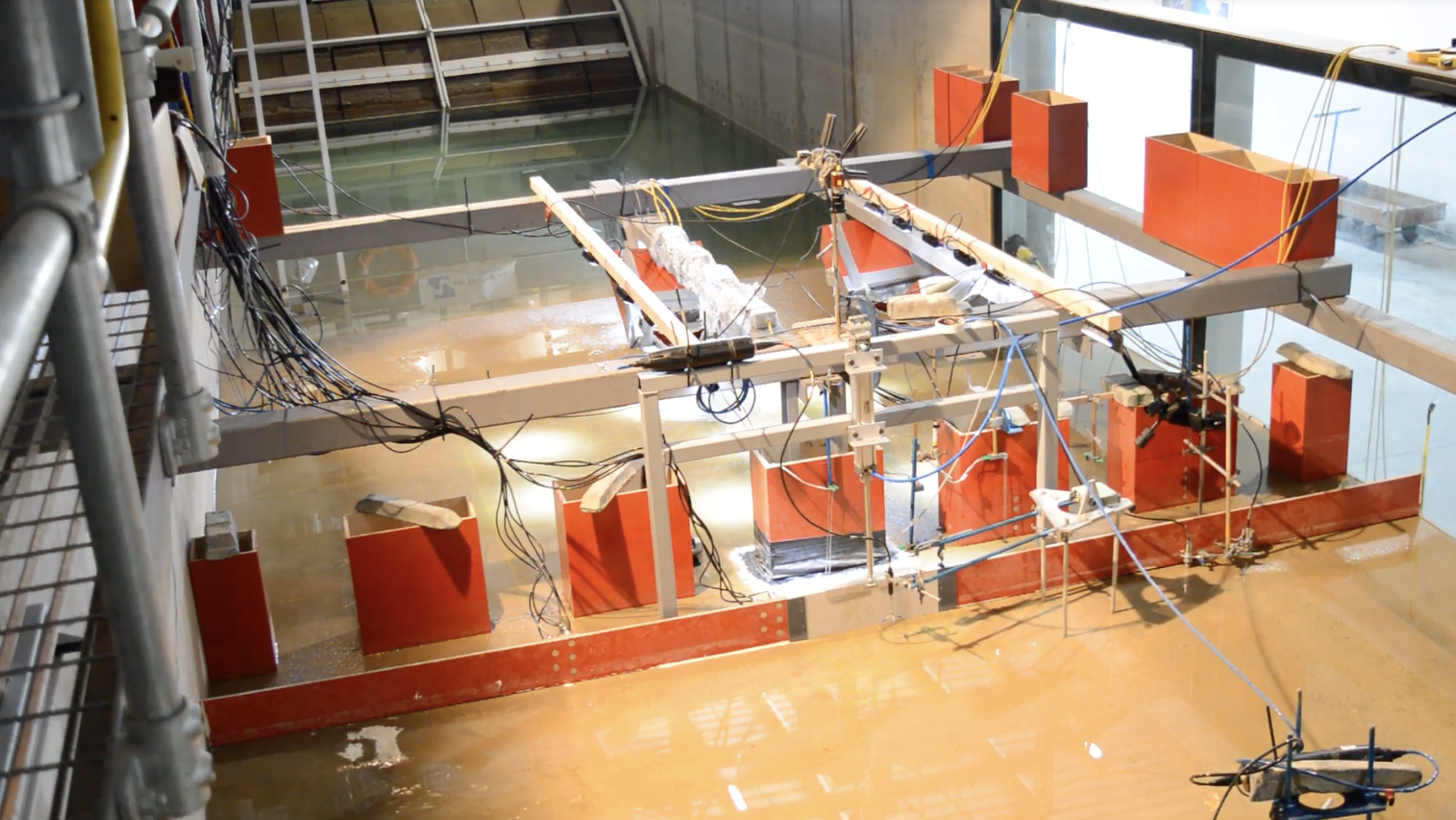 Above: Tsunami simulator constructed as a collaboration between HR Wallingford and UCL. Image courtesy of Dr. David McGovern via URBANWAVES project.

The walls’ height is the biggest upgrade, and perhaps their biggest downside.

One concern researchers have is that super-high sea walls could actually make the impact of tsunamis worse, by creating a dam-like blockade that could release an even more intense torrent if it breaks.

And to some residents, they’re simply an eye sore. In some areas they’re nearly four-storeys high, blocking the view of the sea entirely and leaving some locals feeling like they’re in a prison. Others worry the walls will put off tourists, or that they’re destroying their community’s livelihood and culture next to the sea. 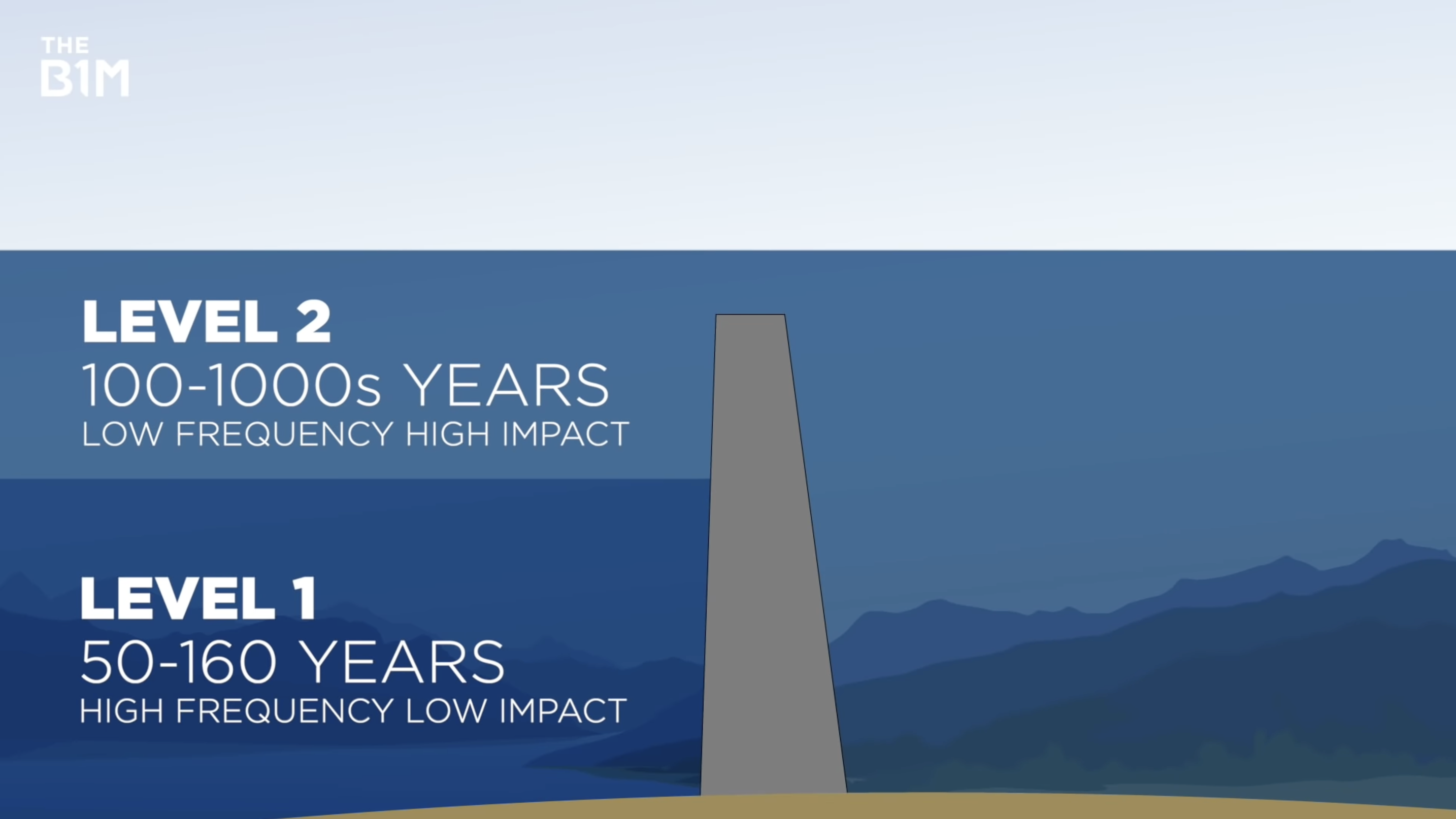 Above: Level 1 tsunamis occur more frequently with a lower impact, while Level 2 tsunamis are more rare with a higher impact.

Not all tsunamis are created equal. Level 1 tsunamis come every 50-60 to 150-160 years and they’re what the new sea walls are designed to protect against. But for level two tsunamis that can occur every few hundred or few thousand years – seawalls alone aren’t enough.

Public education, evacuation routes and adequate warning systems all form part of a wider system of defence. Some have suggested alternatives, or supplements to the towering concrete walls. 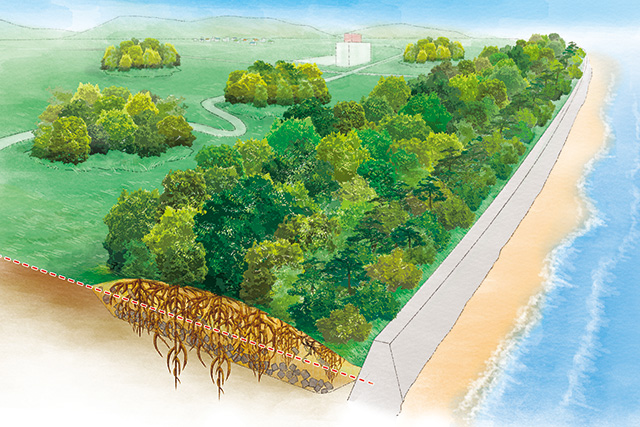 Above: An idea to build tide embankments made of forests on coastal areas. Image courtesy of Morino Project.

Of course, another tactic is to move further upland away from the coast. Many municipalities have already relocated their public facilities to higher ground, and some have banned construction on flatlands near the coast.

Japan’s sea walls are an astounding feat of engineering and offer a degree of resilience in the face of devastating destruction.

But they also highlight the delicate balance between protecting ourselves from nature, while living alongside it - something that’s becoming even more prevalent as extreme weather becomes more common.

“And we will need a lot more [new infrastructure] because of the increased storms, severity and frequency and because of the sea level rise. How do we design that with that in mind?”

The 2011 disaster showed us that even the most tsunami-proof cities aren’t indestructible. 10 years later, this massive stretch of towering concrete walls stands as a constant reminder of the past, and a bid to engineer safer towns for the future.

This video was kindly powered by Bluebeam. See how Bluebeam Revu is enabling massive projects like this.