Inside the Georgia Dome Implosion

THE Georgia Dome, an 80,000 seat stadium in Atlanta, has been demolished in a controlled implosion.

In total some 4,800 pounds of explosives were used, collapsing the former home of NFL team the Atlanta Falcons in 12 just seconds. This footage offers a unique look at the stadium's demolition from inside the structure.

In preparation for the implosion, the structural ring supporting the roof was weakened, and holes were cut into the roof’s teflon-coated fibreglass fabric; allowing the blast to be directed upwards as much as possible. 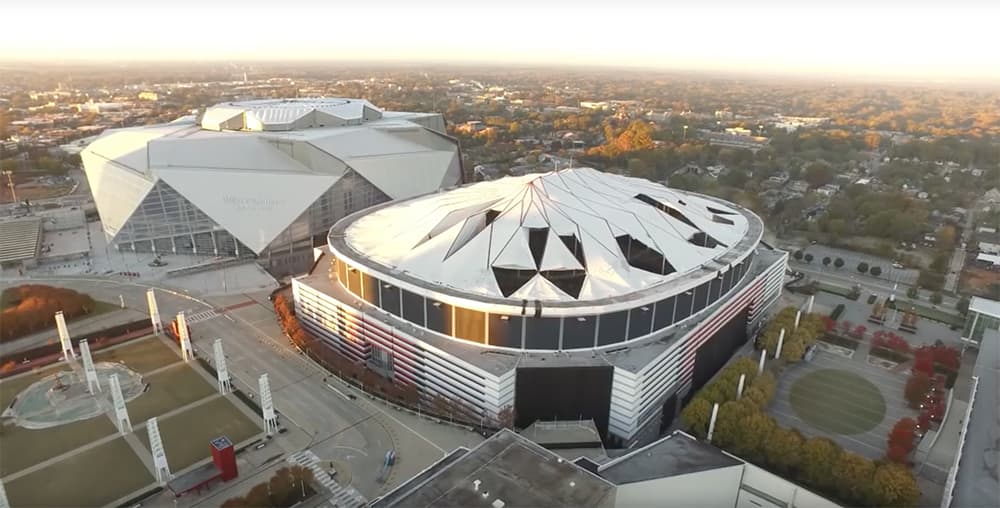 Above: Georgia Dome as it was, standing beside its replacement, the new Mercedes Benz Stadium (image courtesy of Atlanta Falcons).

Before the demolition, the building was stripped down to its concrete structure. Seating was either sold off to high schools and colleges, or recycled in other ways, while other equipment had been transferred to the new Mercedes Benz Stadium, which replaced the Georgia Dome. 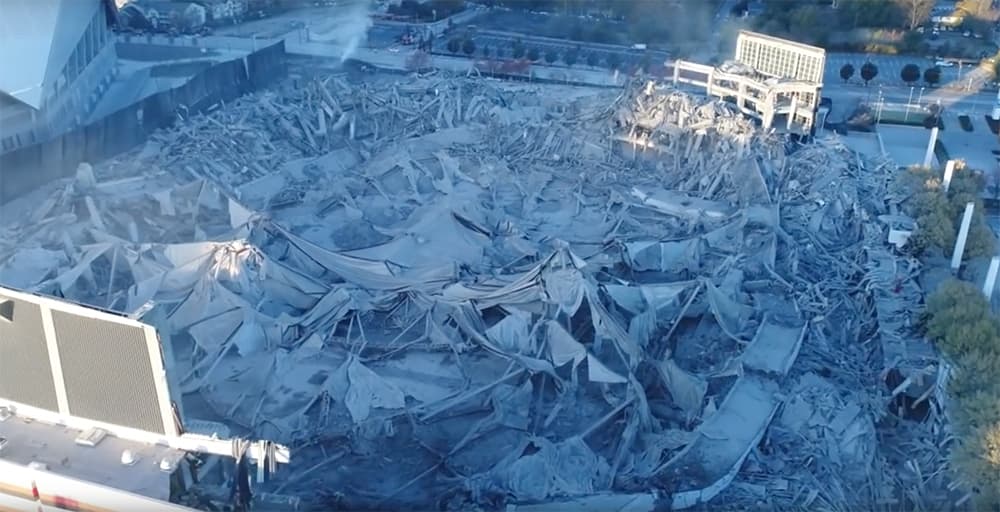 The Georgia Dome first opened in 1992, with its total construction costing USD $214M.

At the time, the stadium’s 374,684 square foot roof was the largest structure of its kind, retaining the title until the Millennium Dome (now the O2 Arena) opened in London in 1999. 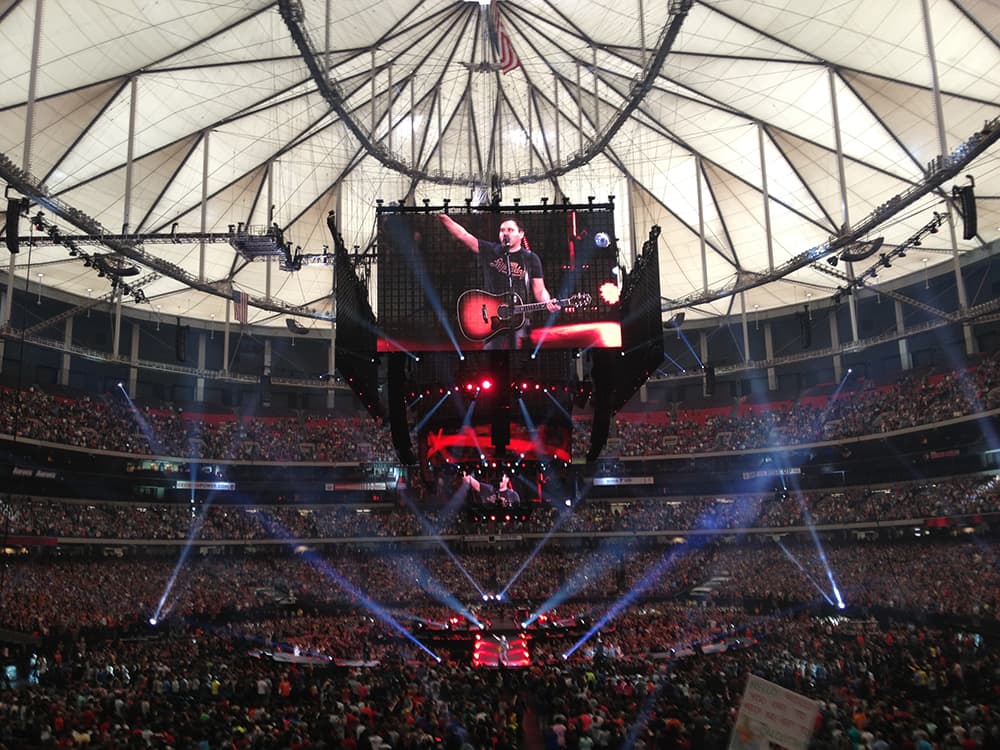 Above: Georgia Dome was frequently used for concerts, sporting events and even for the 1996 Olympic Games (image courtesy of Wikimedia).

Although the dome was renovated in 2006 at a cost of USD $300 million, in 2010 the stadium’s owner, Georgia World Congress Centre Authority, decided that a new facility was needed.

Above: The roof was the largest of its kind until the completion of London's Millennium Dome in 1999 (image courtesy of Wikimedia).

The new USD $1.2BN Mercedes Benz Stadium, which was built adjacent to the Georgia Dome, has much more VIP seating and facilities and an impressive retractable roof allowing games to be played in both outdoor and indoor conditions. 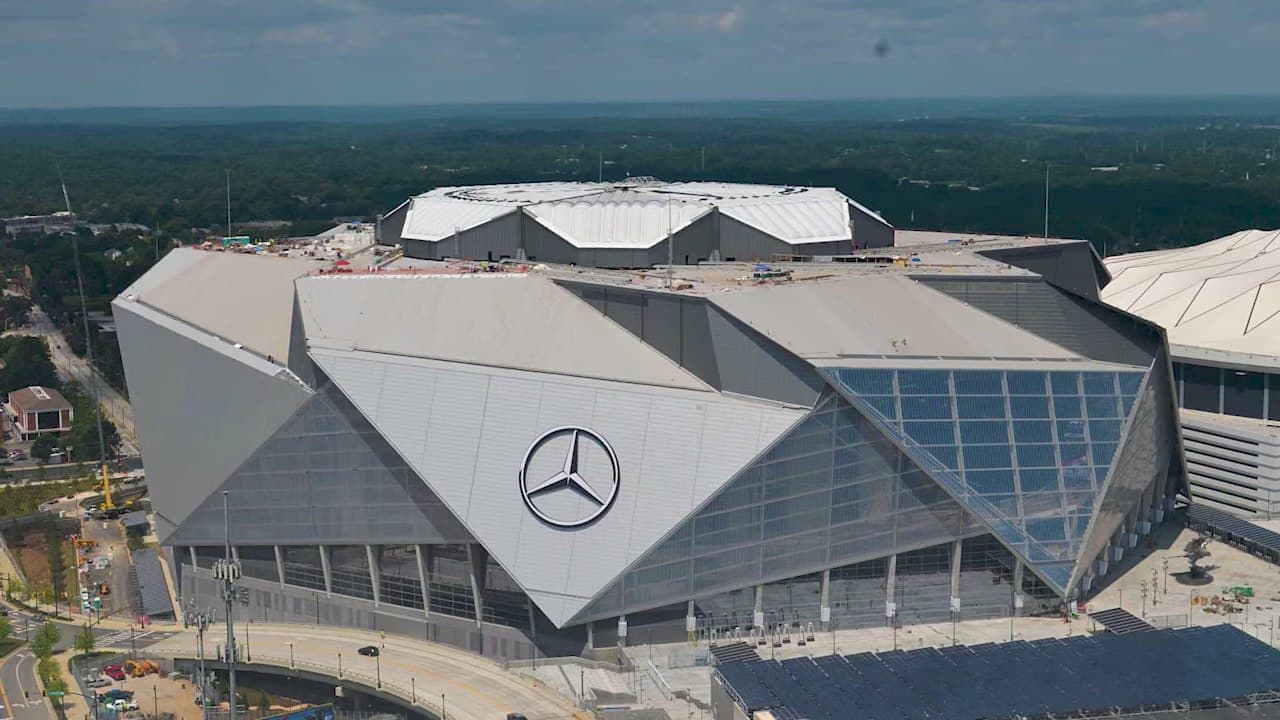 Above: Mercedes-Benz Stadium, which replaced Georgia Dome, just before completion this year (image courtesy of Wikimedia).

You can watch the Mercedes-Benz Stadium undergoing its construction in this fantastic time-lapse by EarthCam:

See the impressive roof of the new Mercedes-Benz stadium in action here.