LILLE Langebro is a newly opened pedestrian and cycling bridge in central Copenhagen. In this newly released video, engineers have explained the inner workings of the project.

Running parallel to Langebro, a busy vehicle crossing which is one of only two bridges in the central part of the city, the Lille Langebro is meant to provide a safer, convenient and more pleasant alternative for cyclists. 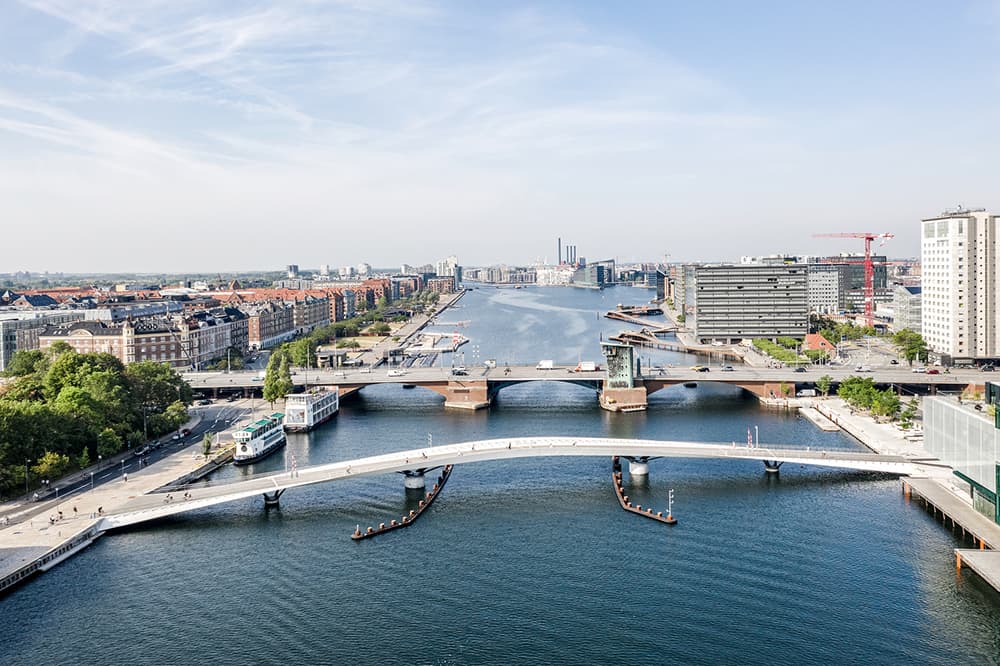 Above: The new bridge provides a more pleasant and convenient crossing for pedestrians and cyclists (image courtesy of Realdania / Rasmus Hjortshøj).

The bridge is one of many projects in the city encouraging people to cycle and walk to their destination, rather than relying on cars, making it instrumental in helping Copenhagen achieve its target of becoming carbon neutral by 2025.

Above: Continually upgrading its bicycle infrastructure will help Copenhagen to reach its climate goals (image courtesy of Realdania / Rasmus Hjortshøj).

Designed by British architecture firm WilkinsonEyre and engineered by Buro Happold, the bridge also contains a section to allow taller ships to pass underneath.

The bridge was built offsite before being assembled on-site using a floating crane. 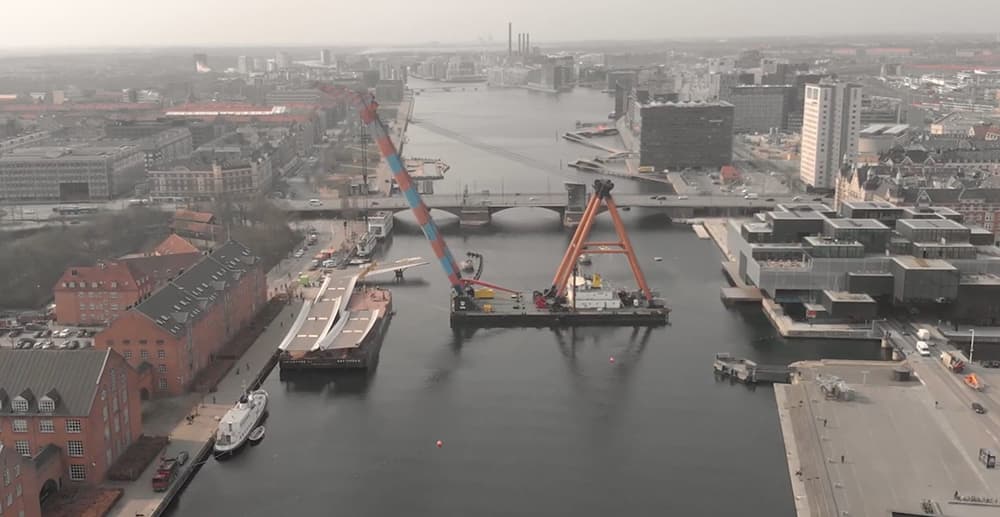 Above: The bridge was assembled using a floating crane (image courtesy of BuroHappold Engineering).

One of the most interesting engineering challenges on the project was to create a moment connection between the bridges moving parts. The solution was a mechanism that clamps the two parts together enabling the section of the structure to be more slender. 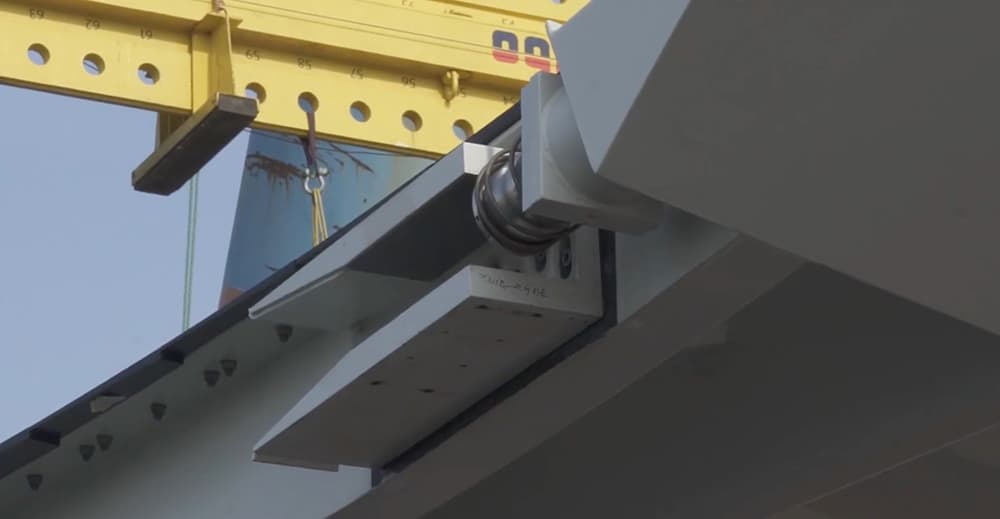 Above: Engineers have used a moment connection to achieve the bridge's slender silhouette (image courtesy of BuroHappold Engineering).

The mechanical parts of this mechanism have been designed to be low maintenance and will be easily replaceable in order to minimise future disruption. 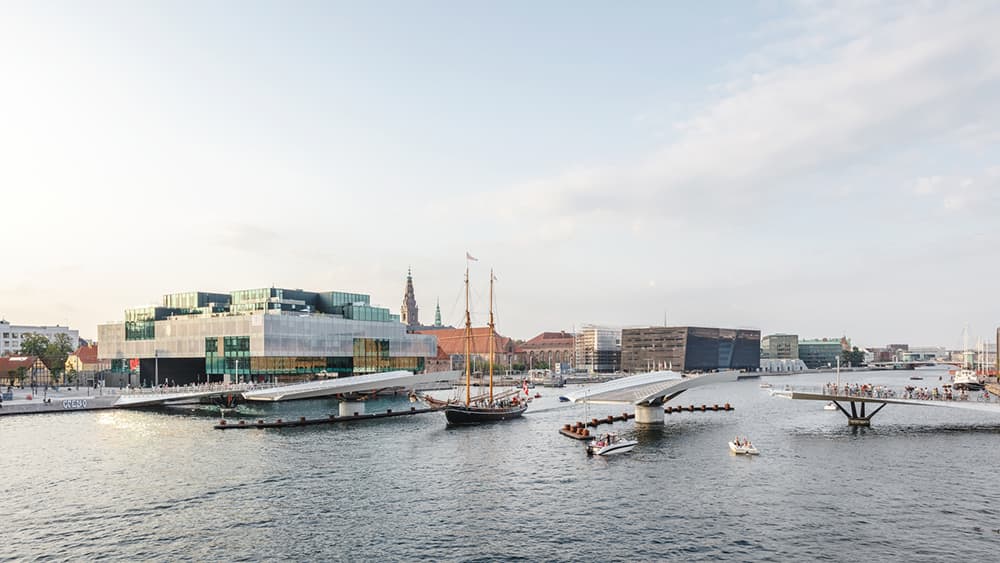 Above: The bridge opens to allow tall ships to pass through (image courtesy of Realdania / Rasmus Hjortshøj).

Although the technology used to create a moveable moment connection already exists, Buro Happold engineers believe they are the first to apply it in bridge construction.