MAN-MADE greenhouse gas emissions are now warming our planet faster than at any time in human history and the effects of climate change can be seen and felt across the globe.

Since 2015, more than 190 countries have signed the Paris Agreement which aims to limit the average global rise in temperature to 1.5 degrees Celsius above pre-industrial levels and mitigate the impact of climate change through CO2 reductions and investment in renewable energy. 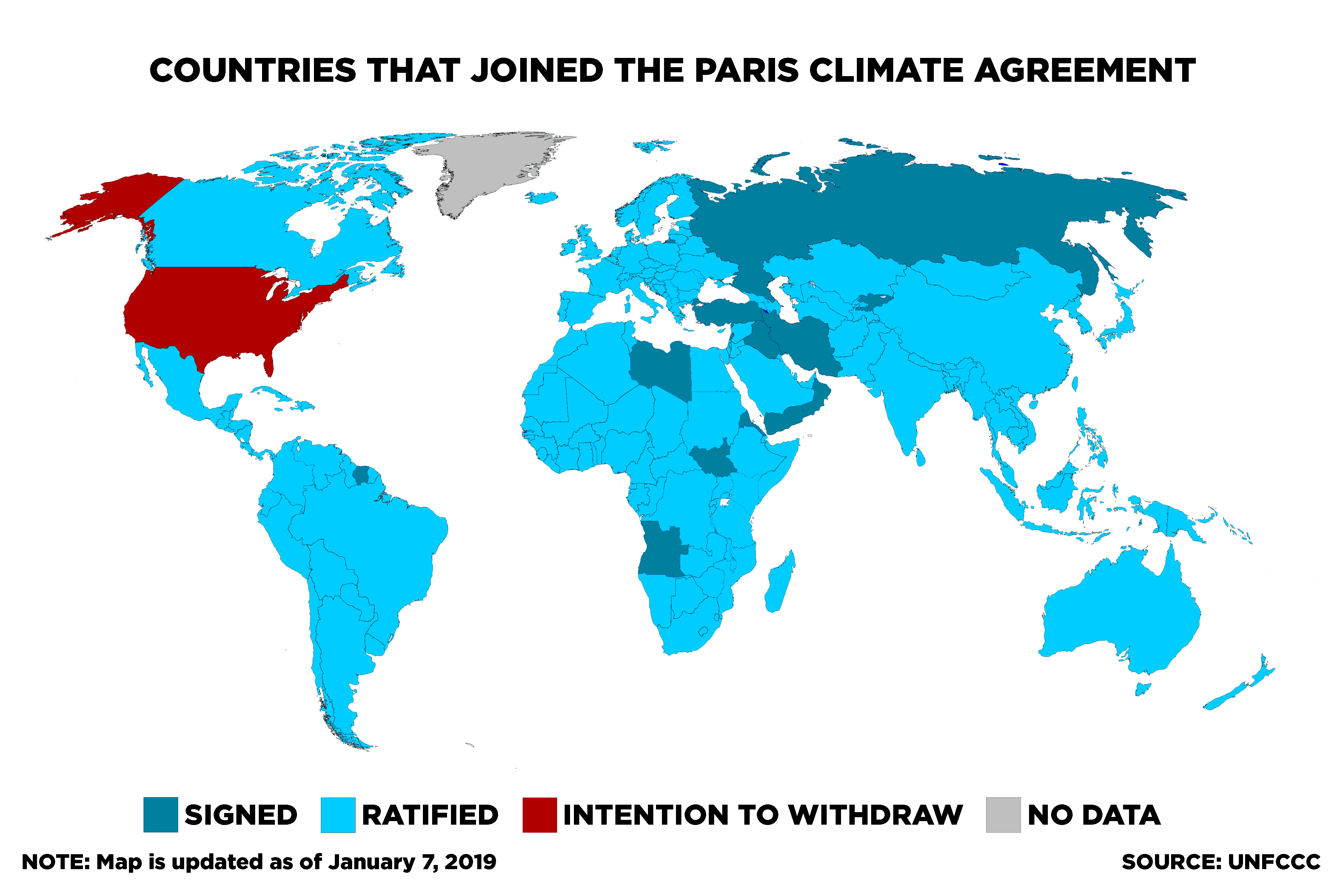 Above: In 2015 almost every nation signed up to the Paris Agreement to keep global temperature rises below 1.5 degrees Celsius.

While a number of large industrial nations have been slow in legislating to meet these requirements, others have been pushing ahead to not only achieve but exceed their commitments.

Though the nations of Scandinavia have long been leaders in renewable technology, Copenhagen has announced ambitious plans to become the world’s first carbon neutral capital by 2025.

According to the United Nations (UN), our cities are now home to more than 50% of the global population, consume more than two-thirds of all energy produced and are responsible for more than three-quarters of CO2 emissions. As such, cities are now a major focus in the battle to curb climate change. 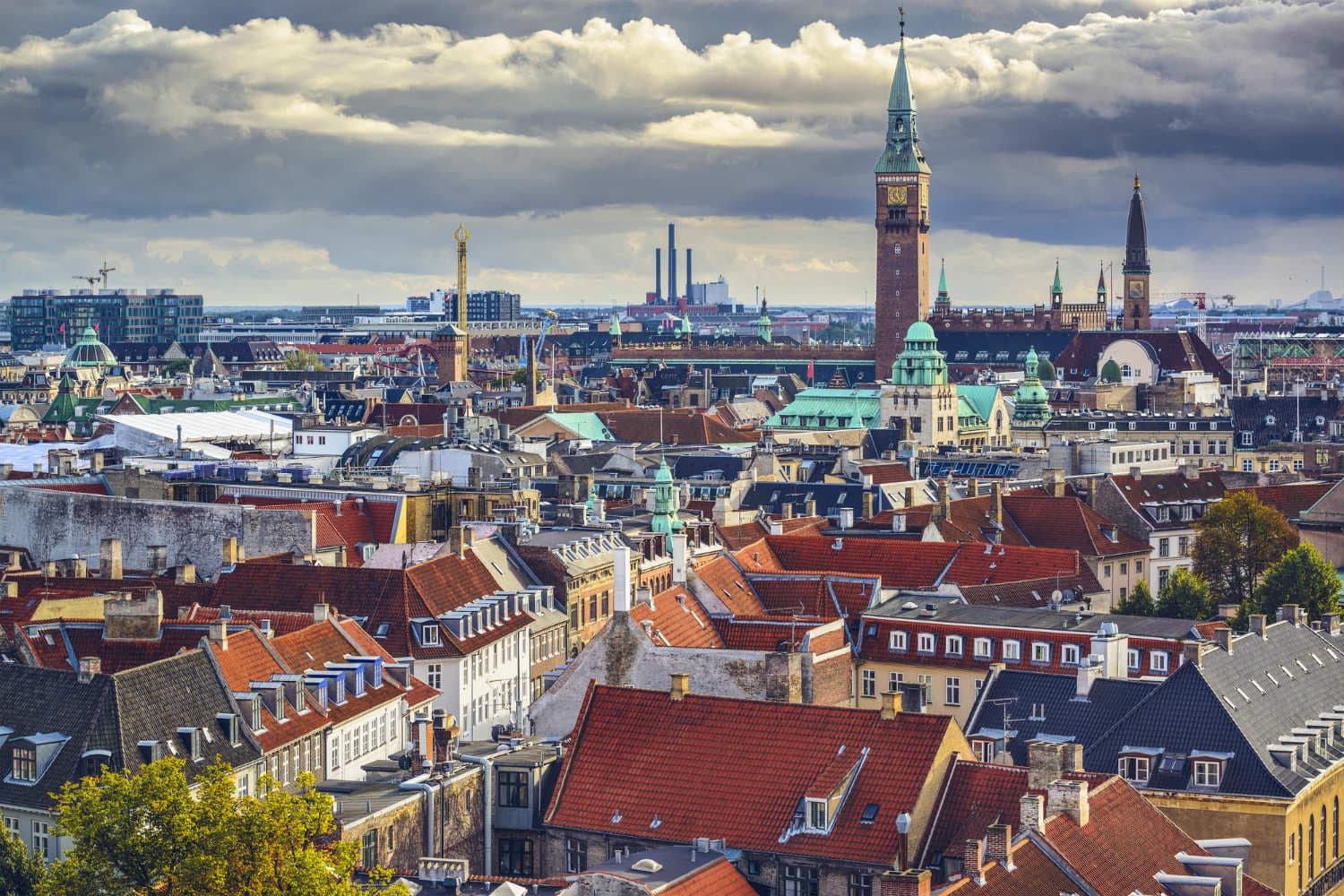 Above: Copenhagen has set the ambitious goal of becoming carbon neutral by 2025 (image courtesy of Sepavone).

While Copenhagen is far from being the largest polluter on the world stage, the city’s authorities want it to become a benchmark for others to follow.

Having already reduced its CO2 output by 40% since 2005 – largely due to a switch from coal to wind power by the city-owned utility supplier – Copenhagen is now targeting four key areas in its quest for carbon neutrality.

The most direct way of reducing greenhouse gas emissions is to lower the amount of energy consumed by the population. 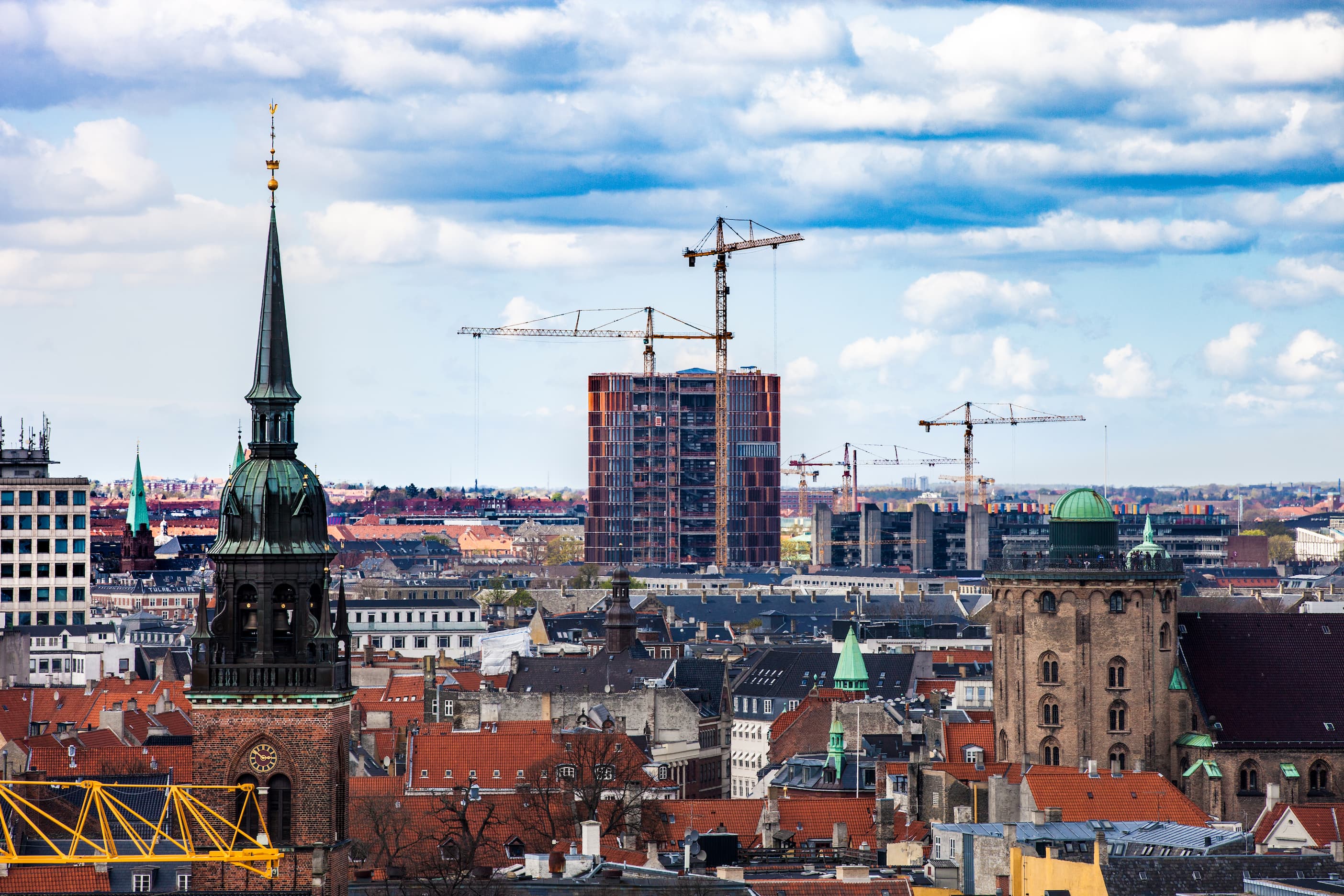 Above: While new buildings are designed with energy efficiency in mind, the city is also ensuring its existing housing stock becomes more energy efficient.

The city’s authorities are working with the Department of Danish Social Housing and local energy providers to retrofit LED lighting, energy-saving devices, digital tools like intelligent thermostats and to make heating systems more efficient, all while ensuring roofs and facades are improved to reduce energy consumption.

A significant advantage that Copenhagen has with retrofitting these older buildings is that, for the past century, the vast majority of homes have relied on “district heating systems” where heat is produced and supplied to an entire neighbourhood or area from a single plant, rather than individual households. 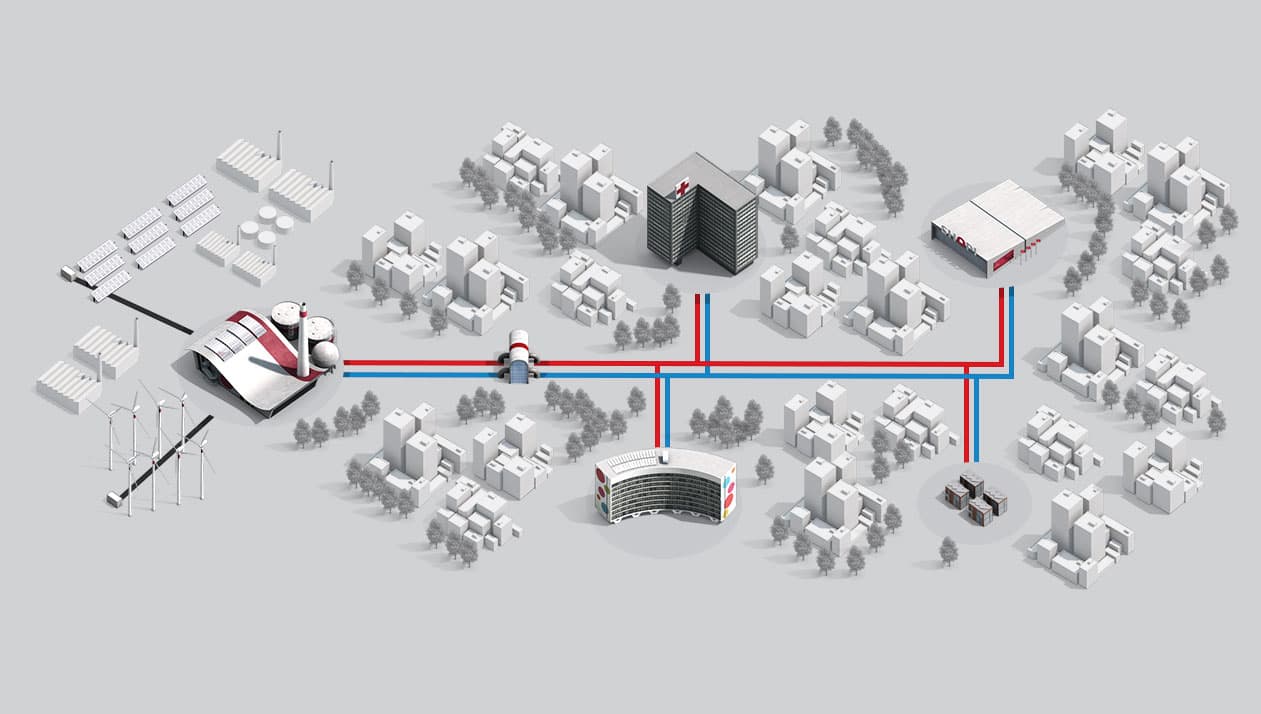 Above: District heating allows multiple buildings and neighbourhoods to be heated by a single source (image courtesy of Danfloss).

This makes it easier for the city to switch entire districts from a fossil fuel heating source to one powered by renewables without the need to replace countless gas and oil boilers.

With over 375 kilometres of dedicated cycling lanes and the vast majority of its population owning a bicycle, Copenhagen is widely recognised as one of the great cycling capitals of the world.

Despite cycling now accounting for around 29% of all journeys in the city, some 33% of journeys are still undertaken by car, making it the leading method of mobility. 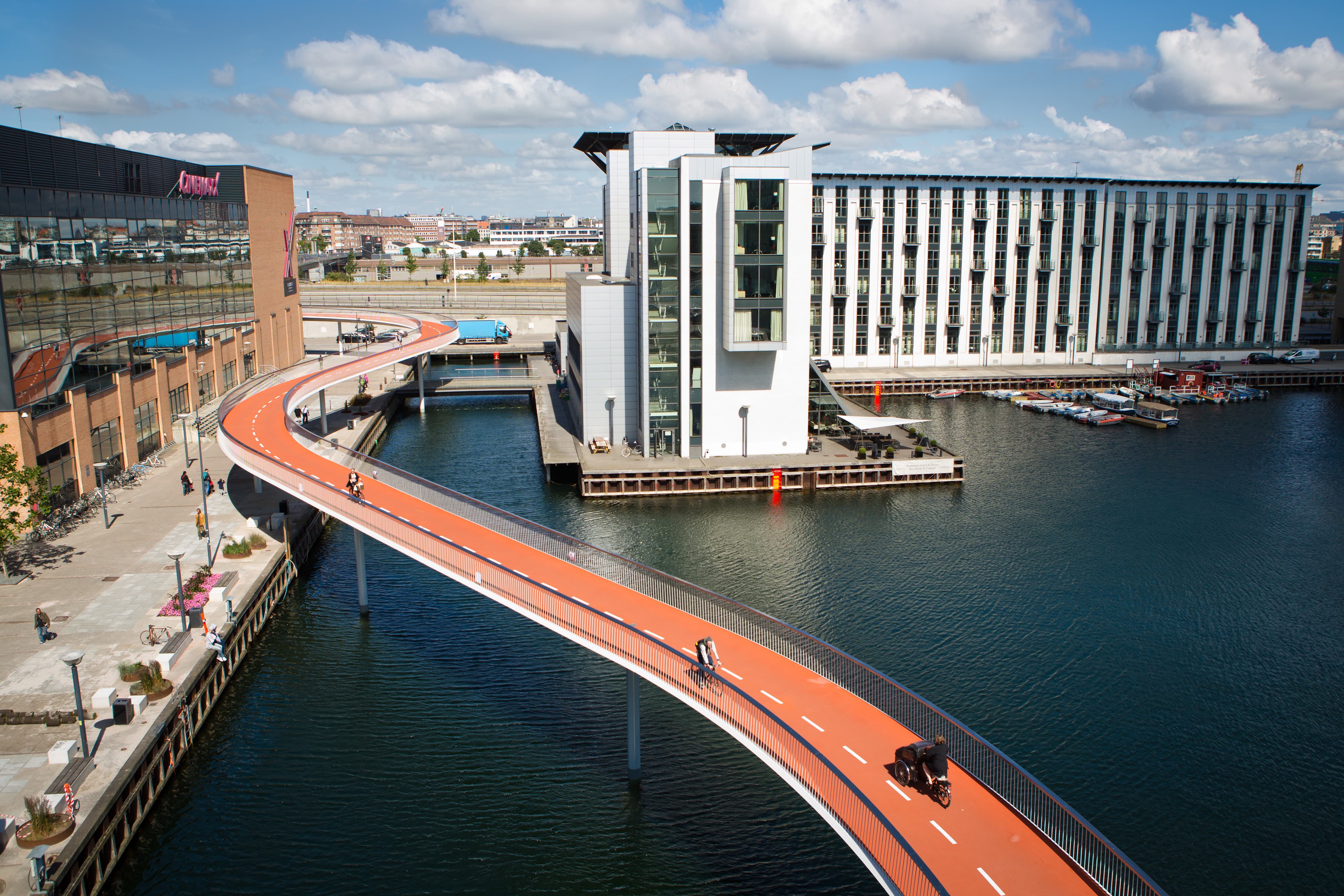 Above: Copenhagen is investing heavily in new cycling infrastructure, one of the most popular modes of transport (image courtesy of Ursula Bach).

To further encourage bicycles, the city is expanding its cycling network with new routes, cycling corridors and regional “Super Cycle Highways” while prioritising bicycle parking facilities at transportation hubs and in commercial areas.

Public transport will also play a significant role in reducing the share of car journeys in the city, with the City Circle Line of the Copenhagen Metro opening in mid-2019 and the Harbour Line completing by 2024. 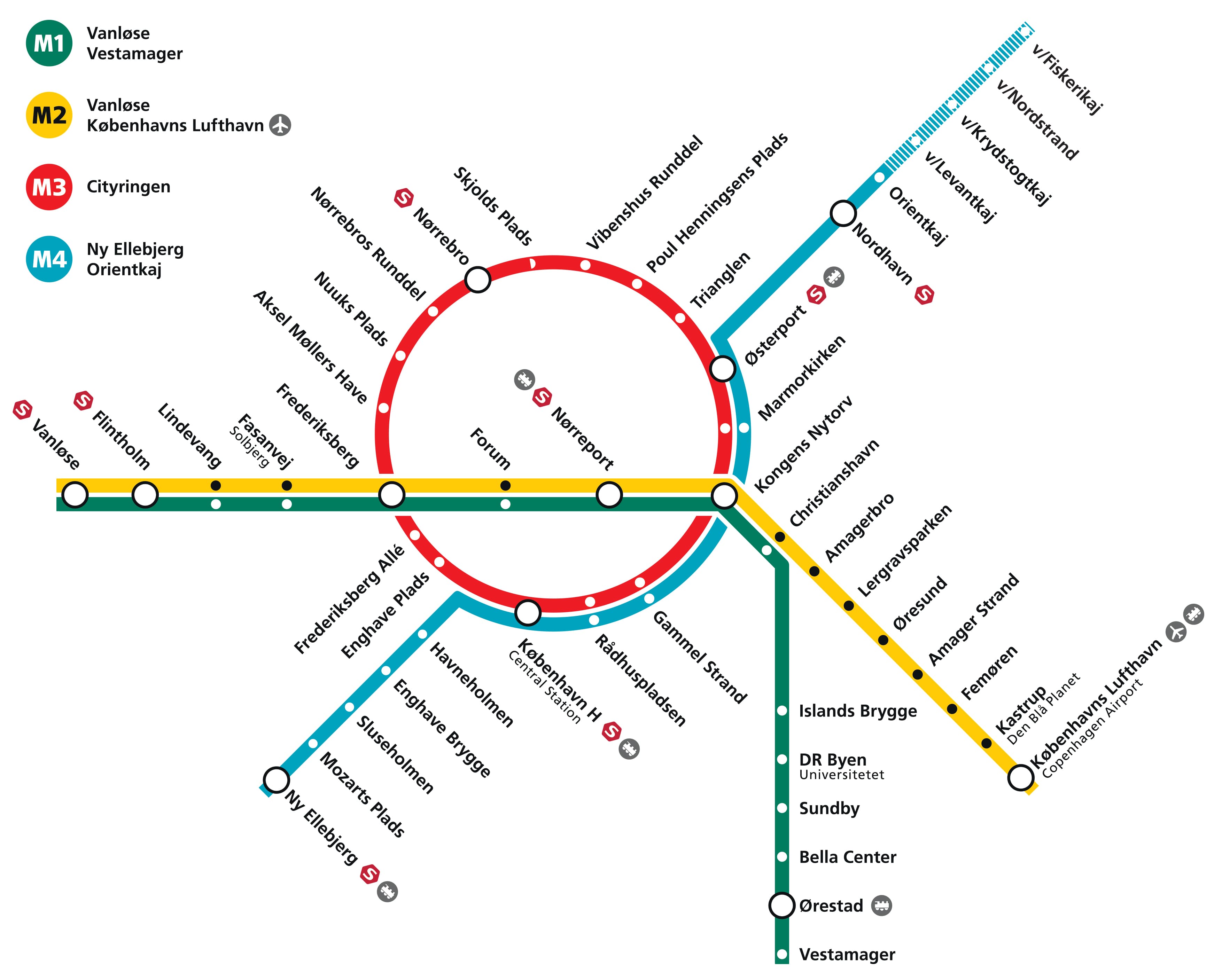 Above: By adding two new lines to the metro system, the city is making public transportation more appealing than driving (image courtesy of Metroselskabet).

These two new lines will significantly boost the capacity of the network by 2025, with peak services running just 100 seconds apart, making public transport much more appealing.

The city’s bus fleet is also undergoing an upgrade with the current crop of diesel-fuelled vehicles being replaced by electric and hydrogen-powered models by 2020; a move that is set to cut 16,000 tonnes of carbon emissions.

Above: The city's bus fleet is switching over to alternatively powered vehicles by 2020 (image courtesy of Leif Jørgensen).

While the use of cars is not being completely eradicated, authorities are aiming to reduce the total number of trips made by car to less than 25% by 2025; with the majority of journeys being undertaken as car shares and with vehicles running on alternative fuels.

At a national level, the Danish Government is phasing out the sale of petrol and diesel cars by 2030, while offering incentives, such as fee-free registration, to those buying electric vehicles from 2019.

Copenhagen’s authorities estimate that 80% of the city's CO2 emissions come from energy production.

By 2025, the city intends to draw 100% of its energy production from wind, solar, geothermal, biomass and waste incineration sources, producing more energy than it consumes and storing the excess. 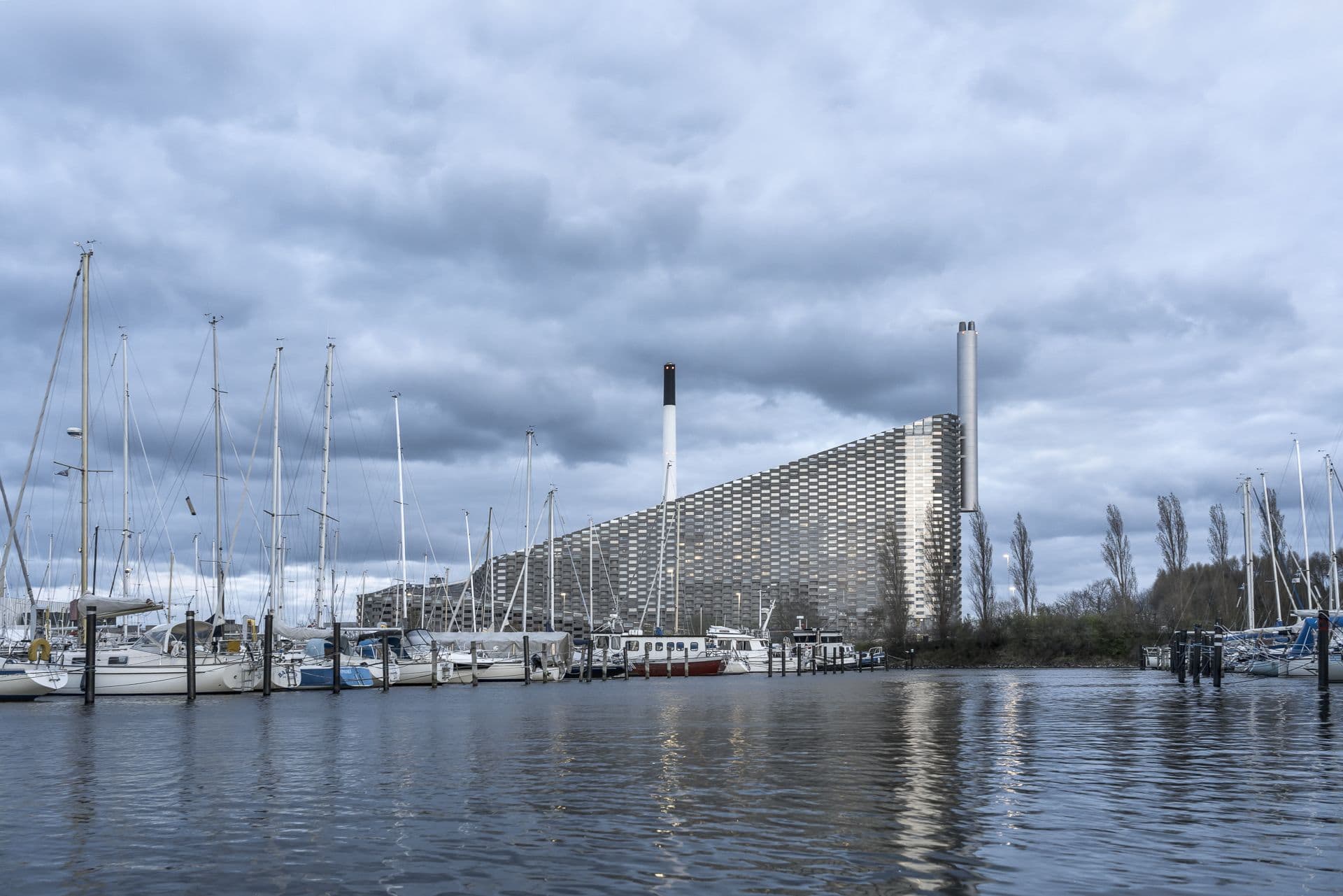 With the conversion of one of Copenhagen largest power plants from coal to biomass in 2016, half of all the city's district heating was coming from carbon-neutral sources.

The concept of district heating has also been applied in the city’s “district cooling system” which cools large buildings using seawater and reduces energy consumption by up to 80% as compared to traditional air conditioning.

In addition, the city is set to build 360 wind turbines by 2025 – both around Copenhagen and offshore – providing carbon neural electricity to the majority of the city and eliminating 42% of its greenhouse gas emissions. 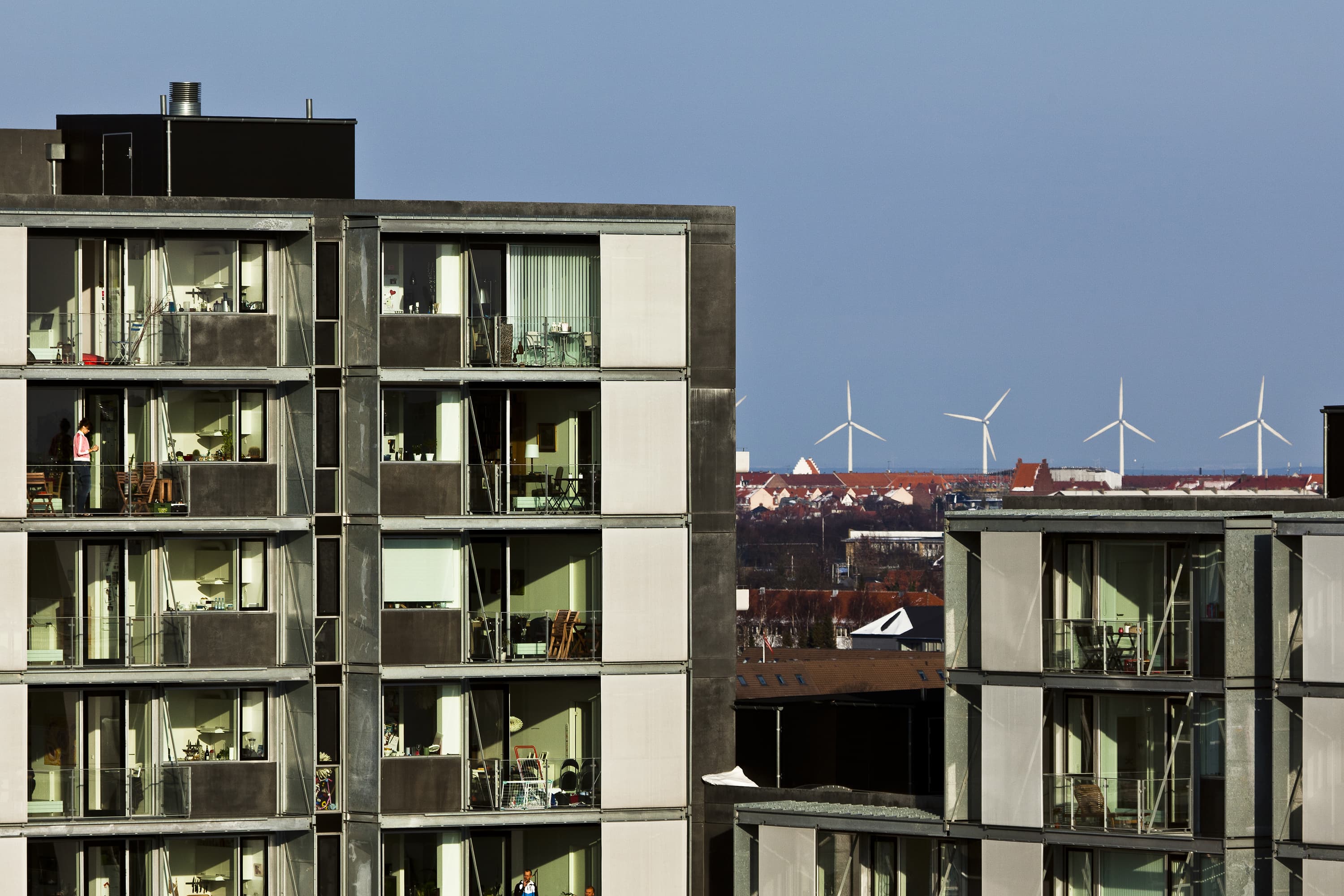 Above: Wind turbines are a familiar sight in and around Copenhagen providing much of the city's energy (image courtesy of Kontraframe).

Contributing to Copenhagen’s energy capacity is its waste-to-energy plants which incinerate waste material to produce electricity and heat.

While Denmark currently imports waste from Germany and the United Kingdom (UK) for incineration in regional waste-to-energy plants, Copenhagen has a political agreement with its waste resource centre not to import waste for incineration.

However, reductions in consumption and increased recycling amongst the population could see a shortfall in fuel for these plants and a need to import waste in order to keep them running in the future.

Copenhagen’s administrative body – The City of Copenhagen –is seeking to lead by example; overhauling the majority of its assets and streamlining bureaucratic processes for new buildings.

All municipal buildings are being retrofitted with energy efficient systems and over 60,000 square metres of new photovoltaic (PV) panels in order to reduce their energy consumption by 40%. 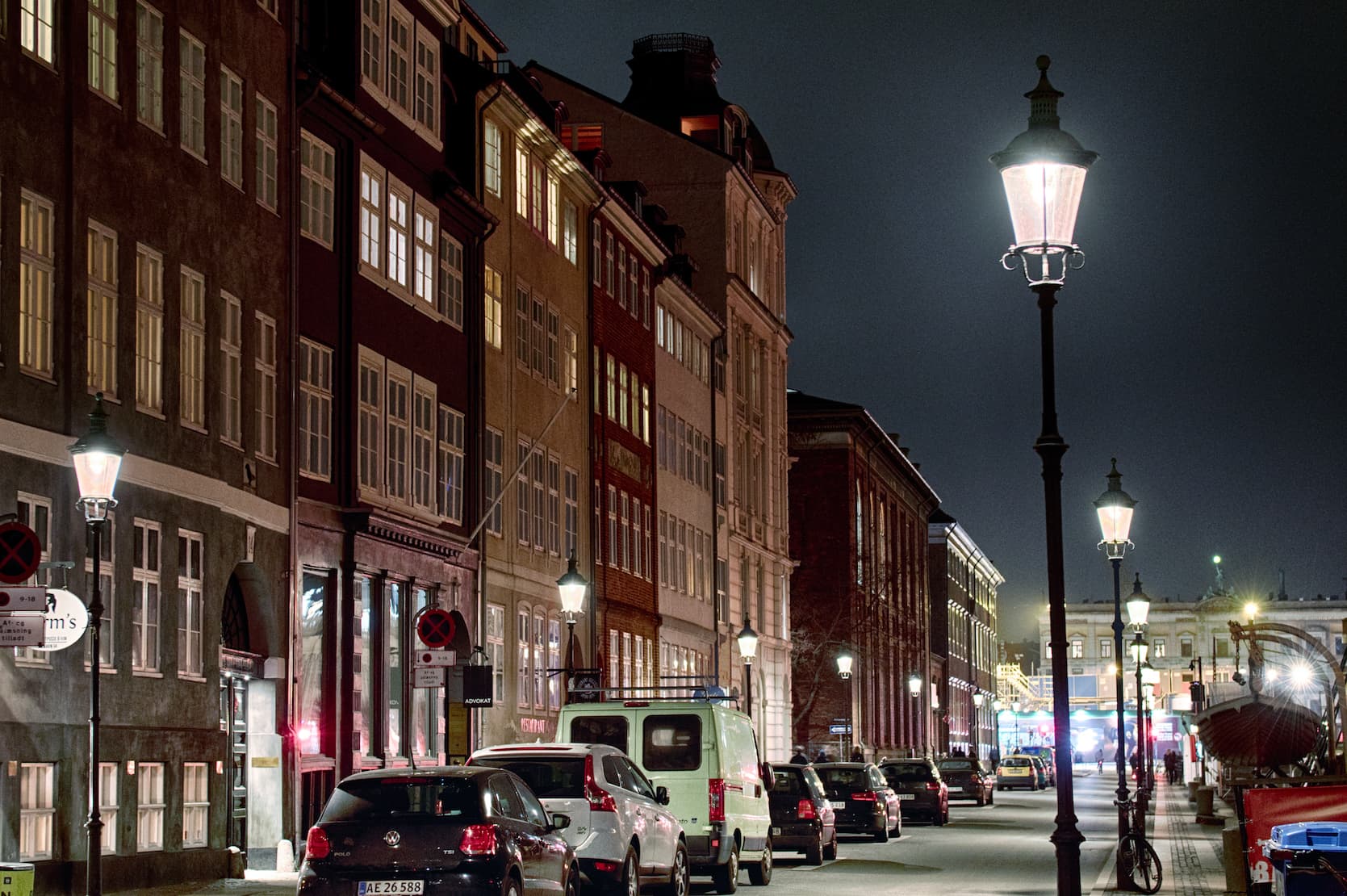 Above: Copenhagen's lighting system is being overhauled (image courtesy of Troels Heien)

In addition, more than 20,000 street light bulbs are being replaced with LEDs to halve energy consumption.

Since 2009 the City of Copenhagen has run programs to educate children, raising awareness of climate change and preparing the next generation for leadership on the issue in the decades ahead. 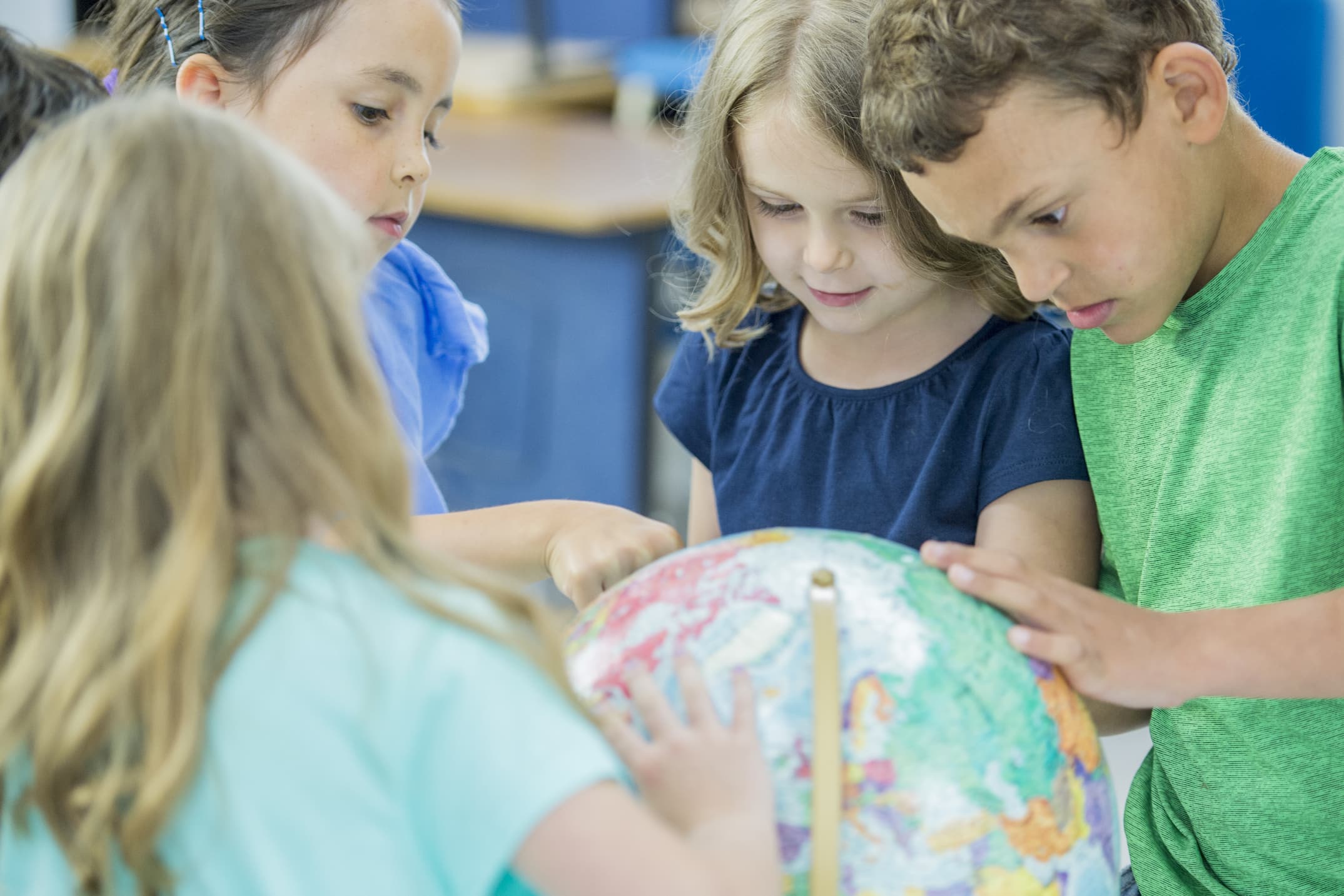 Above: The City of Copenhagen is educating children about the challenges of climate change from a young age.

While Copenhagen already has well-established systems and the infrastructure in place to meet its Paris commitments by 2050, the push to become carbon neutral by 2025 is driven by a desire to demonstrate that major cities can, in fact, change how they operate in order to combat the effects of climate change.

While other urban centres may not possess some of the pre-existing advantages that are present in Copenhagen, the attitude and proven examples in this city are a model for all to strive for.