A Short History of “Bricklaying Robots”

IT'S an exciting time for the construction sector. We're seeing many digital, technological and innovative solutions starting to enter and impact upon our industry.

However, it is worth noting that the industry has been pushing for greater automation and efficiency for a long time - as can be seen in this footage of a bricklaying machine from 1967. 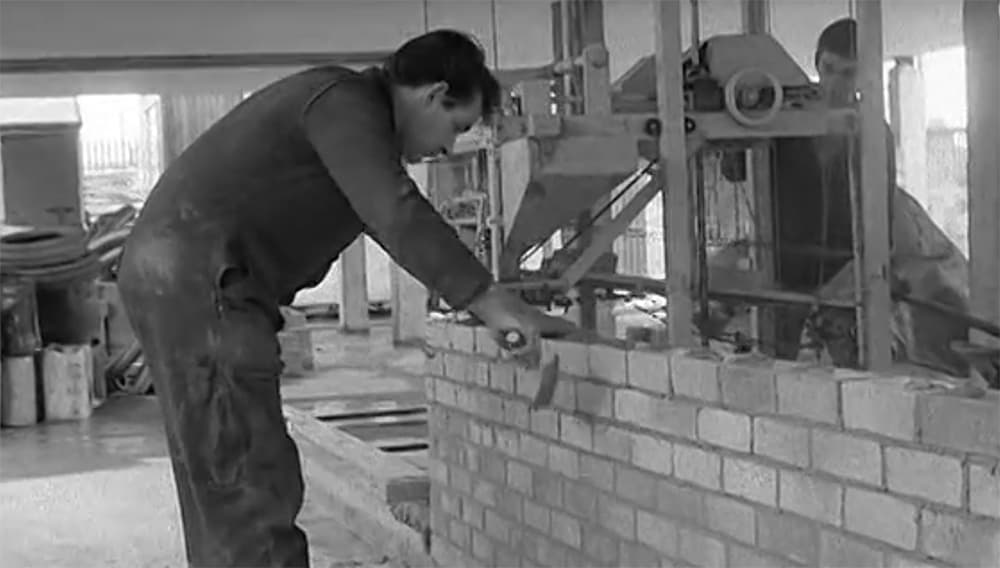 Above: The 1967 “Motor Mason” in action, aided by bricklayers (image courtesy of British Pathé).

Named the “Motor Mason”, it moved along rails laid parallel to a wall, applying mortar and laying bricks as it moved.

It needed three people to operate it: one skilled bricklayer who would ensure the quality of the job, and two unskilled labourers who would "feed" the robots bricks and mortar, positioning it as required.

Described as a “modern method applied to an old craft” the motor mason was supposedly five to 10 times faster than humans, but it did not catch on. Perhaps it was just too cumbersome and prone to breakdowns or it could not cope with more complex building shapes such as corners and windows. 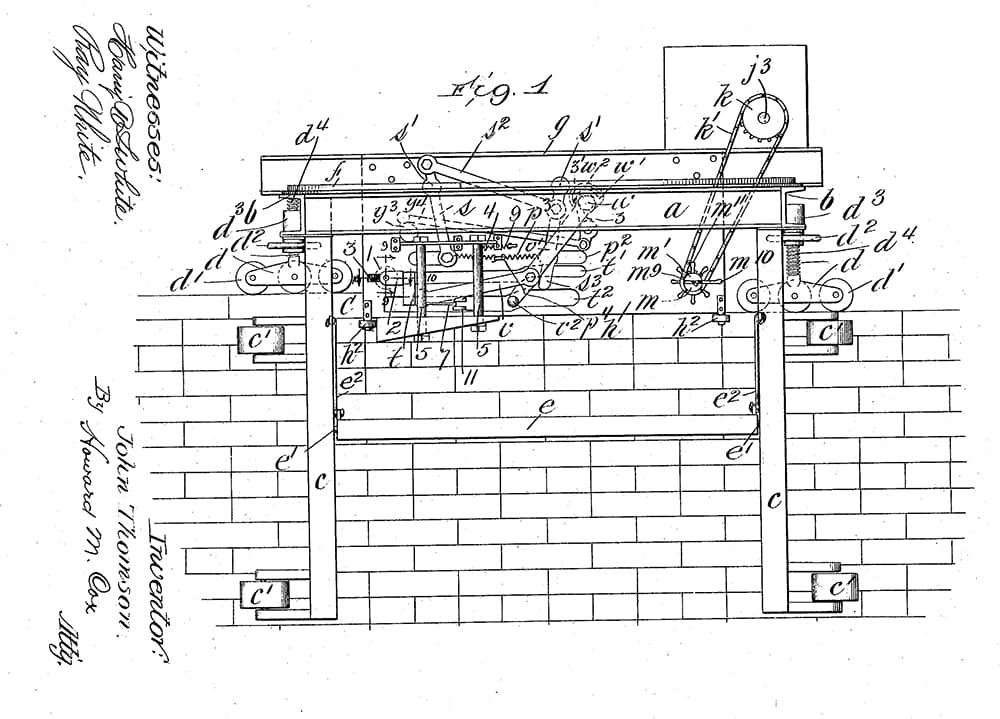 Above: the 1904 US patent granted to John Thomson for a mechanical bricklayer (image courtesy of the US Patent Office).

What is even more surprising, is that this wasn’t the first time such a machine was conceived.

According to the US Patent Office, the first bricklaying device was patented in 1904 by John Thomson. The aim of the machine was the same as modern bricklaying robots: to speed up the building process and increase efficiency. Of course this machine did not revolutionise the industry.

"The first bricklaying device was patented in 1904"

Now, with advances in robotics and digital technology, there has been a renewed interest in bricklaying robots, with many companies competing to create the first viable machine.

Take SAM, short for “ Semi-Automated Mason”, developed by Construction Robotics with support from the National Science Foundation in the United States. SAM, unveiled in 2015, works on the same principle as the Motor Mason, but its robotic arm allows for a more precise placement and mortar application.

Above: SAM can lay up to 3,000 bricks a day compared to 1,000 a day by a skilled bricklayer (image courtesy of National Science Foundation).

While SAM can lay about 3,000 bricks a day and detect and correct for differences between digital plans and the actual building site, it still requires guidance and expertise of human labourers to feed it raw materials, clean up excess mortar and finish corners, as well as other tasks involving more complex brick arrangements.

Meanwhile, Swiss researchers have developed the “In-Situ Fabricator” at ETH Zurich’s National Centre of Competence in Research (NCCR) Digital Fabrication. In the following video, the robot can be seen arranging bricks in a more free-form manner, expanding the formal possibilities offered by SAM. However, the In-Situ Fabricator (also unveiled in 2015) does not (yet) apply mortar, or any other binding agent.

Above: The In Situ Fabricator developed by ETH Zurich researchers in Switzerland (video courtesy of NCCR Digital Fabrication).

Another robot currently in development is Australian company Fastbrick Robotics’ Hadrian X, which combines the two approaches. Its long, extendable, multi-axis arm can lay bricks onto a foundation, apply adhesive, and draws on bricks from an internal storage container.

Once operational, it is claimed that Hadrian X will be able to build the complete shell of a house in just two days.

Above: HadrianX builds a small house. As this is a mere demonstration, it does has not been equipped with the necessary adhesive ( video courtesy of Fastbrick Robotics).

It is not yet apparent when these robots could operate completely autonomously, and how fast their efficiency will improve. It is also unknown whether the emergence of robotic bricklayers will be able to withstand competition from either modular builders or 3D printers.

The dream of robots laying bricks at mass scale has seemingly eluded the construction sector for decades, but the current wave of development and technology advances could mean that success is just around the corner.