Vancouver’s green new tower has its own waterfall

KOHN Pedersen Fox (KPF) is behind a dramatic new residential tower in Vancouver, Canada that's designed to mimic the city’s surrounding mountain landscape - including the waterfalls.

Located within the Georgia Street Corridor, the proposed building would be nestled next to public transit and active bicycle lanes.

Residents would be able to walk to Vancouver’s Stanley Park, the Seawall, and Coal Harbour.

If approved, the tower itself would rise to a height of 100-metres and hold 125 apartments over 33 storeys. 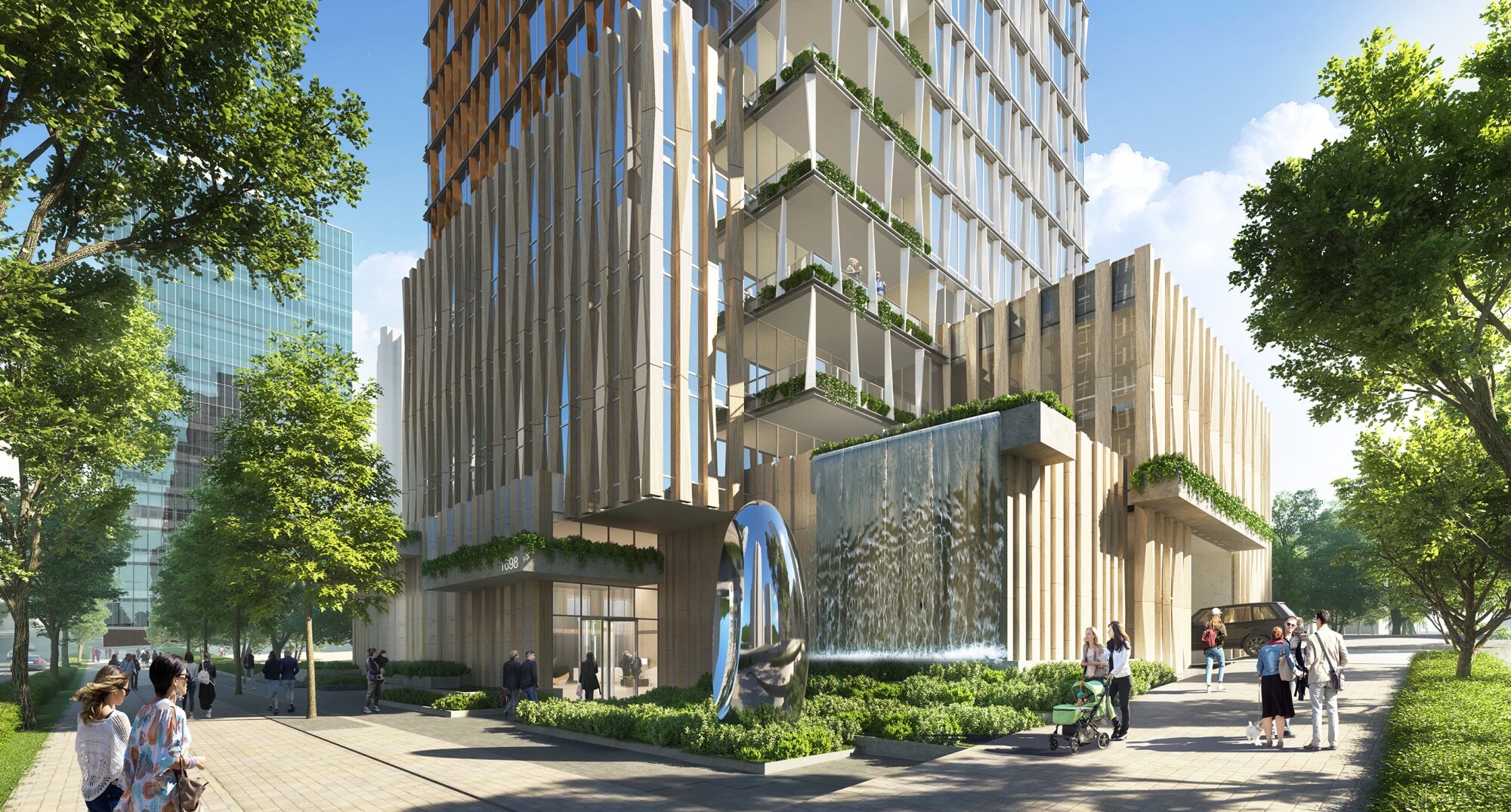 Above: The tower's facade draws inspiration from Vancouver's mountains. Image courtesy of KPF.

The building’s main feature, however, would be its mountain-inspired facade and waterfall “inspired by the rugged rock formations and lush greenery of the North Shore Mountains,” according to a press release from KPF.

The waterfall would grace two-storeys of the building, right above a landscaped main plaza.

Greenery will then be incorporated throughout the rest of the tower from the podium all the way up to the crown.

Gently twisting in profile and varying in colour, vertical fins will help set the tower apart from nearby all-glass buildings by capturing sunlight. 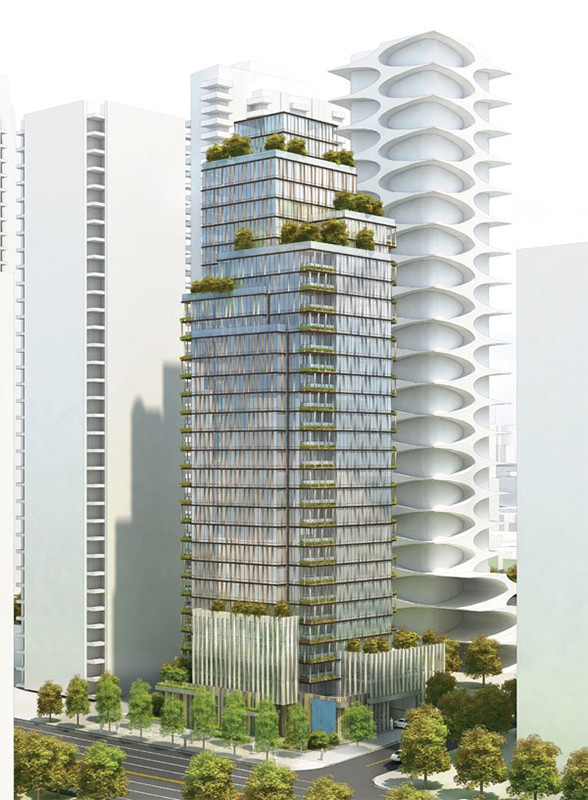 Above: The tower's height will help Vancouver's skyline step down towards Stanley Park. Image courtesy of KPF.

One of the reasons for the tower’s height as compared to its taller neighbours is so that the Vancouver skyline can gradually descend from the city’s downtown toward Stanley Park.

Its asymmetrical top emphasises this transition, while bringing a unique silhouette to the neighbourhood.

The tower won’t just appear green either - the plan is to incorporate sustainable design practises throughout. Its sustainable design features would include multiple green roofs, extensive planting, and a prominent water feature to help Vancouver with its goal of becoming the greenest city in the world.

Rainwater would be collected from the tower and released into the municipal storm system at a controlled rate.

1698 West Georgia Street is currently awaiting planning approval, Vancouver’s Development Permit Board will announce its decision on the project in October.