A NEW time-lapse video has been released documenting the construction of The National Museum of African American History and Culture (NMAAHC) in Washington D.C. The film – produced by EarthCam – captures the 52 months of building work in just 106 seconds.

The new facility becomes the 19th museum of the Smithsonian Institution. Located on Constitution Avenue and adjacent the Washington Monument, the museum will house exhibit galleries, administrative spaces, theatre space and an archive. 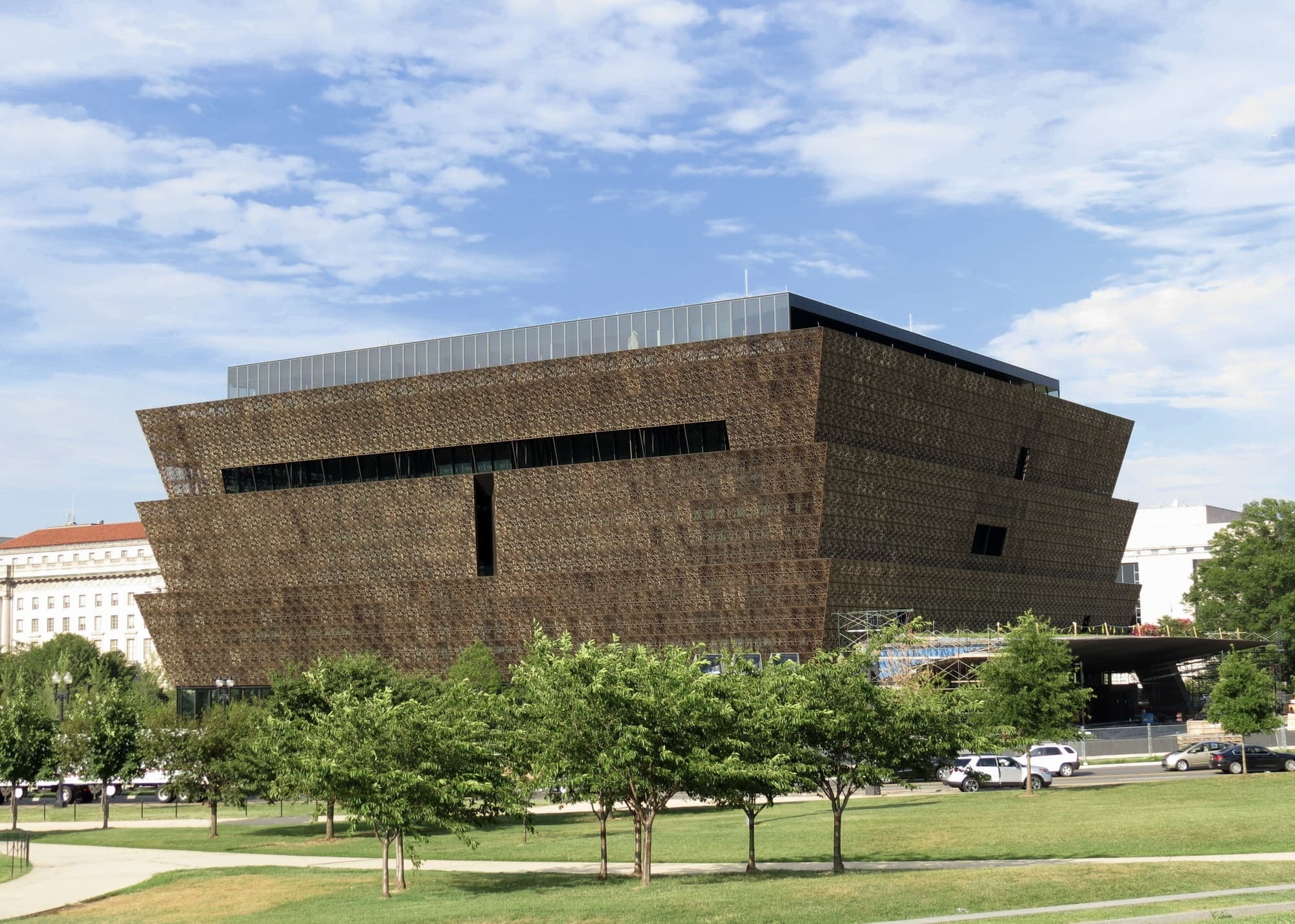 Above: The NMAAHC on the National Mall in Washington D.C. (image courtesy of Paul Clemence).

More than half of the new museum is located underground between Constitution Avenue and Madison Drive. Three tiers form the above-ground “corona” element, clad in perforated bronze plates that reference the history of African American craftsmanship whilst acting as solar shading. The 17-degree angles of each tier match that of the Washington Monument’s capstone. 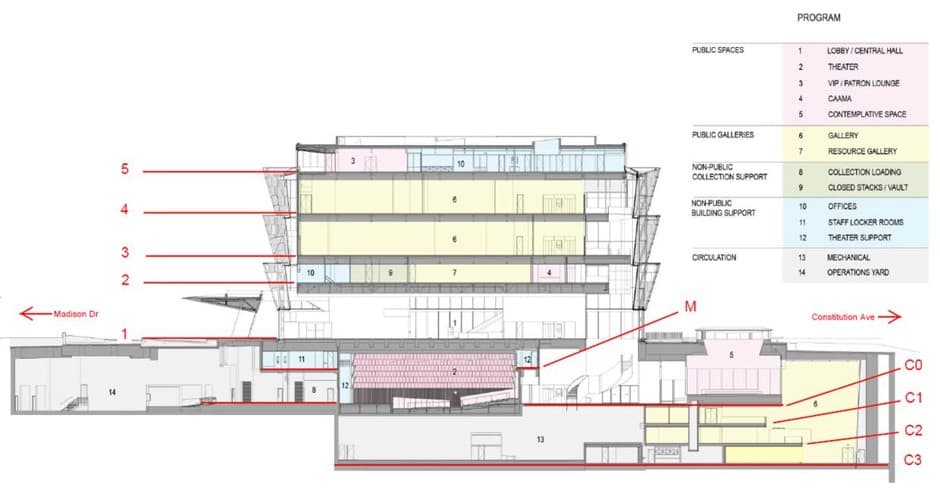 Above: A cross-section of the new museum - more than half of the structure is situated below ground level (image courtesy of The Smithsonian Institution and NMAAHC). 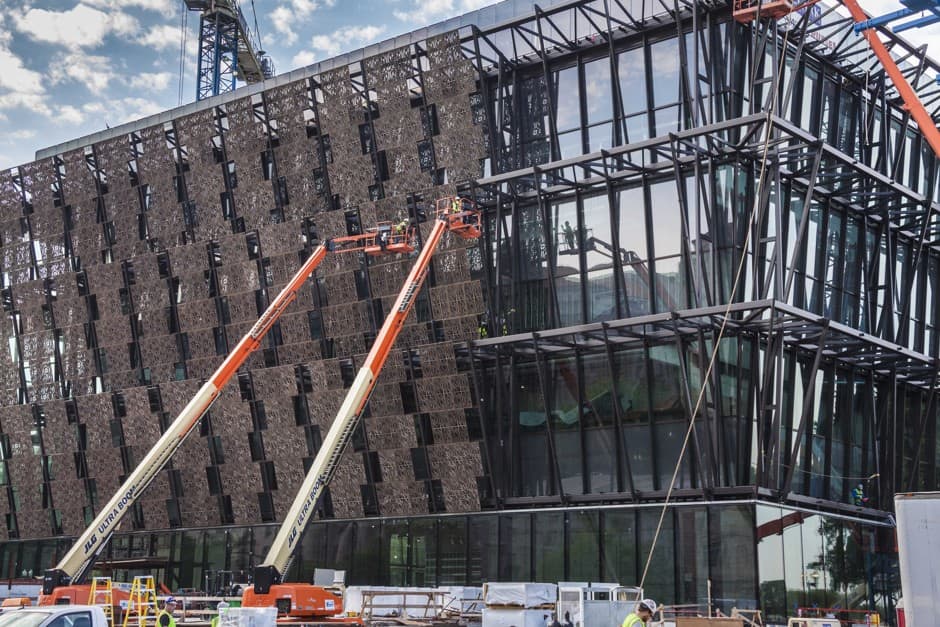 Above: The museum's impressive new façade being installed (image courtesy of The Smithsonian Institution and NMAAHC).

The building’s design was led by British Architect David Adjaye in partnership with The Freelon Group and Davis Brody Bond following a 2009 public competition.

Speaking to GQ Magazine, Adjaye explained the intense design development process that came with such a high-profile scheme: "There were so many attacks on our design that it felt like a bloodbath at times. But we ended up with a building that's got 90% of what we wanted, which for architecture is pretty damn great."

"Winning the project changed my career, and completing it has dominated my working life ever since. This is the kind of project that comes around every half century for an architect, if you're lucky” 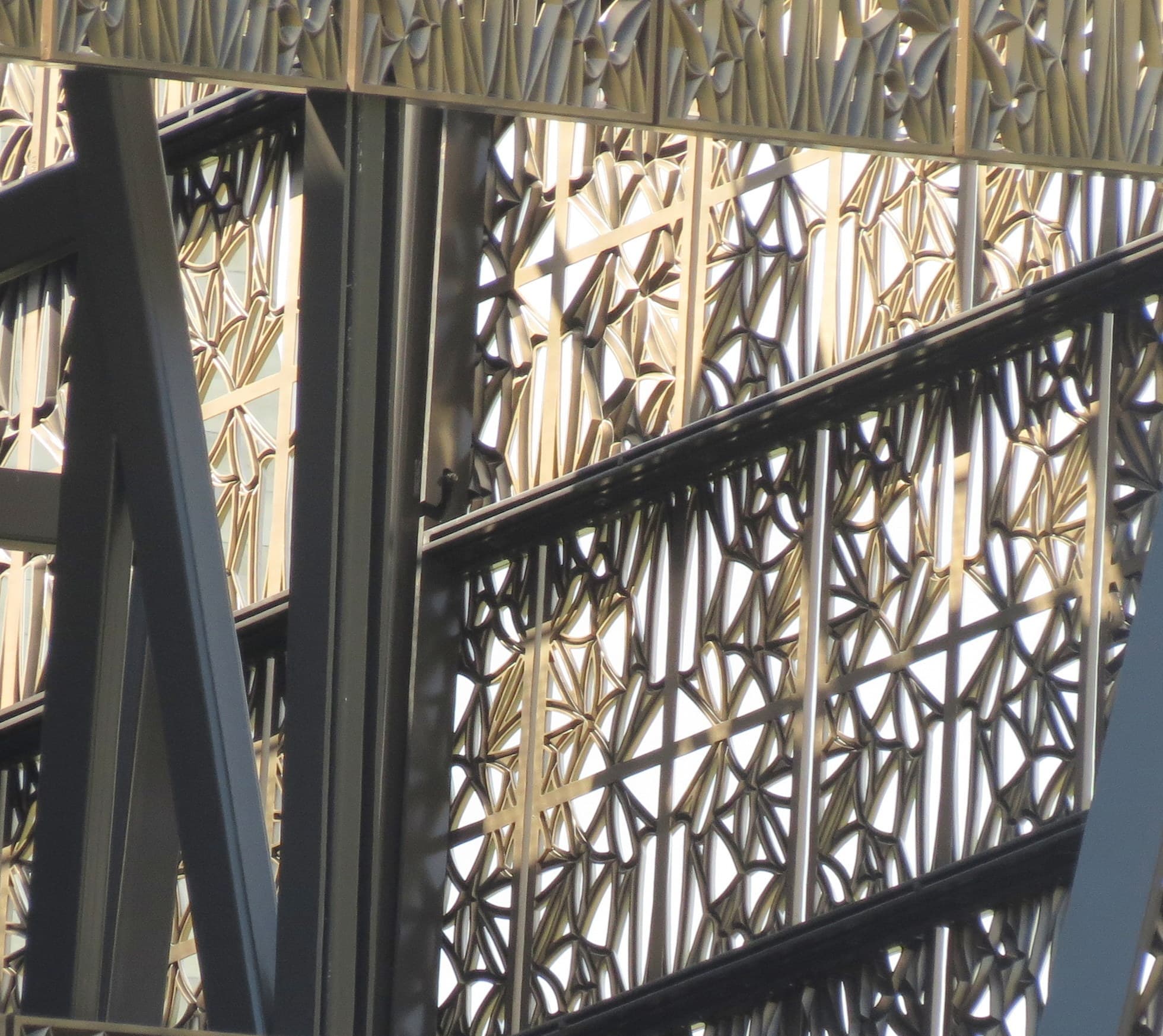 Above: A close-up of the building's bronze-plated façade (image courtesy of Paul Clemence).

Adjaye – who was born in Tanzania to Ghanaian parents – also spoke about racism in architecture during his GQ interview: "It's never aggressive, but it is always there. What's important to me is that I see more diversity in the built environment. The dream for me was always not to be the exception in this profession". 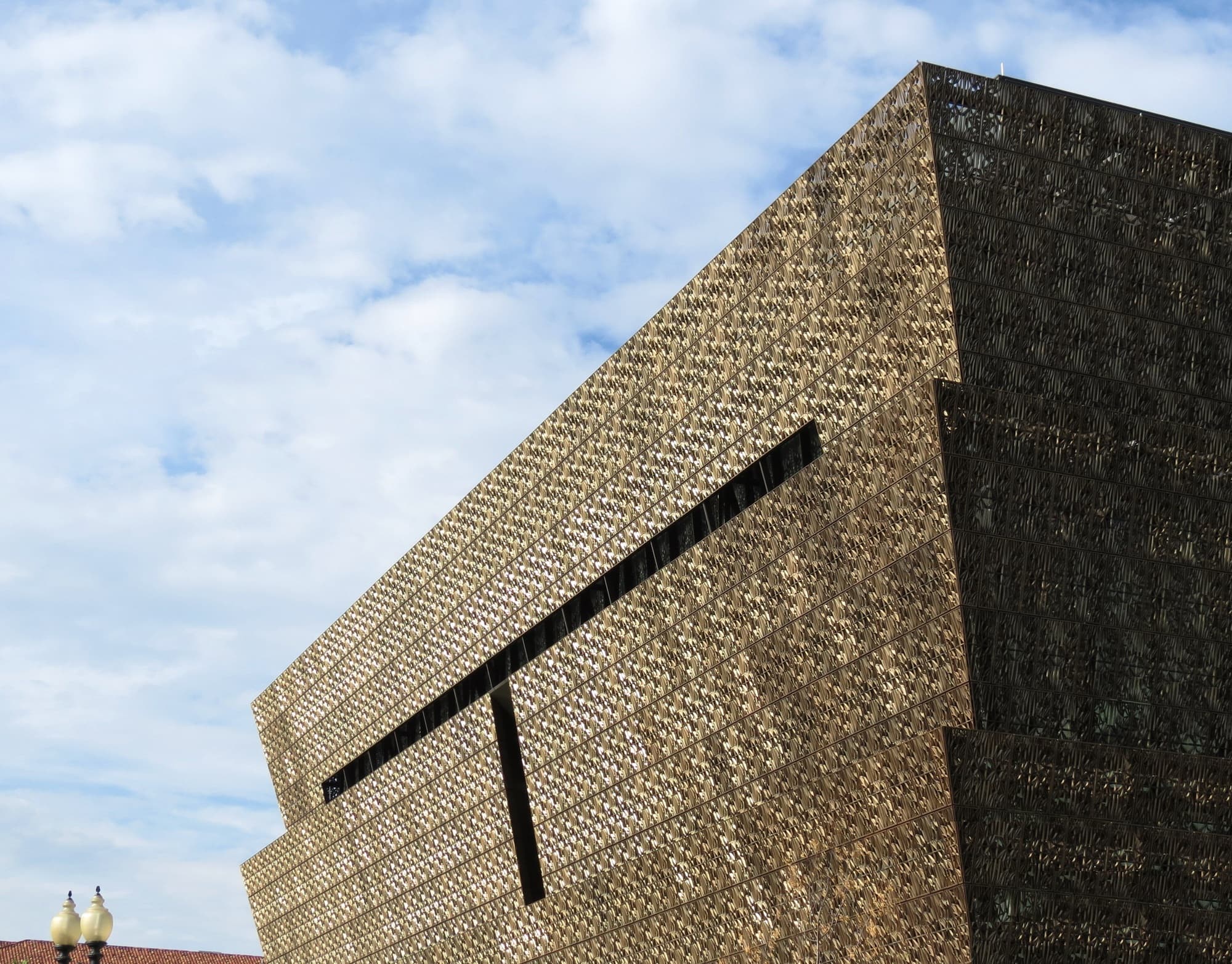 Above: The completed museum (image courtesy of Paul Clemence).

Learn more about the Smithsonian Institution’s National Museum of African American History and Culture and find out how to visit here.