Time-lapse Captures Construction of "The Oculus"

Jobsite construction camera experts EarthCam have released footage showcasing the erection of The Oculus; the transportation hub located on the new World Trade Center site in lower Manhattan. In addition to two gargantuan new towers still under construction, The Oculus is a massive project that is a major player in keeping New York City running like clockwork.

Designed by Spanish architect Santiago Calatrava, The Oculus’ design is based on the pure concept of a bird being released from the hand of a child; a fitting source of inspiration considering what historic and earth-altering events took place on the very same ground some 15 years ago. Once you understand the method behind the design magic, it is clear to see the how strongly the idea has been pulled off in the video released by EarthCam.

Above and Below: The Oculus under construction on the World Trade Center site in Lower Manhattan (images courtesy of Silverstein Properties [above] and Joe Woolhead [below]). 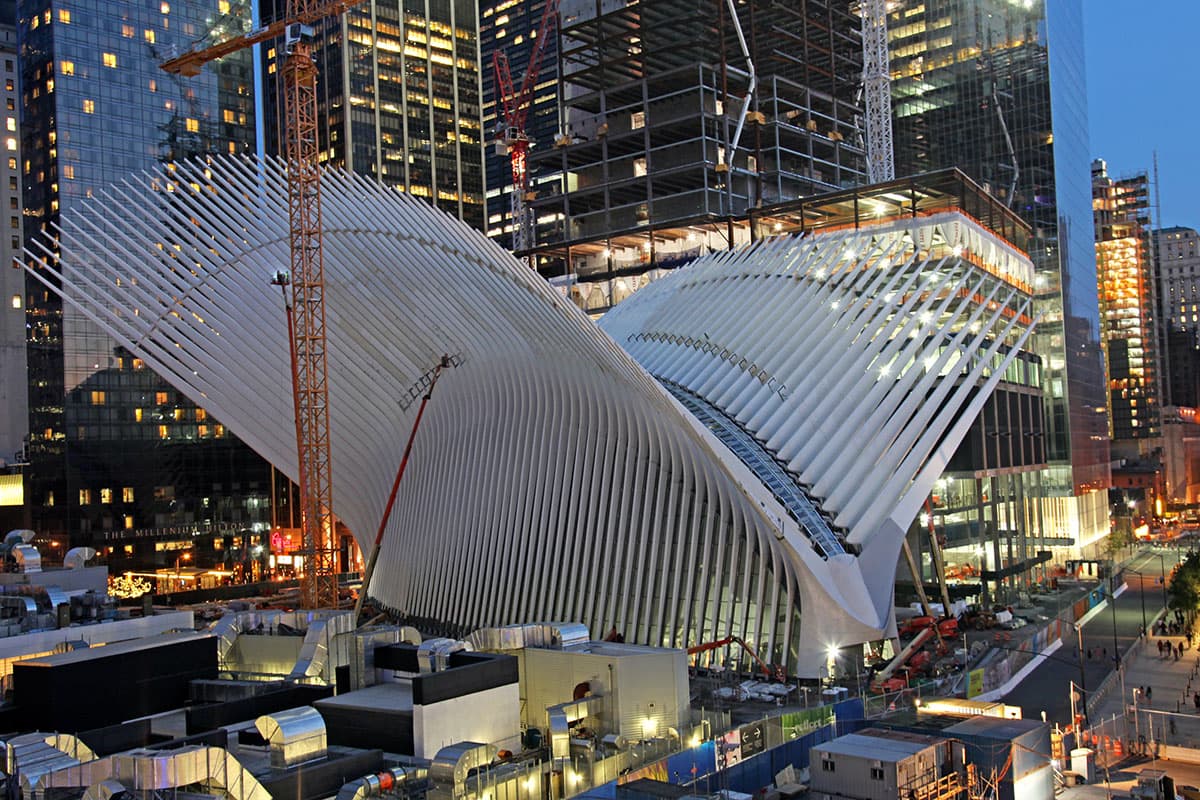 The two minute long visual was shot between July 2011 and May 2016, with the final images captured just says before The Oculus’ official opening. Only deep foundations were present in 2011 and thanks to the clip, we get to see the finished product in a matter of moments; very cool!

The building’s ‘wings’ and how they are assembled is perhaps the most interesting element of the footage; the core structure being erected by large cranes. Even bigger hoists help to attach the exterior white rafters. Work was completed on these in November 2014. 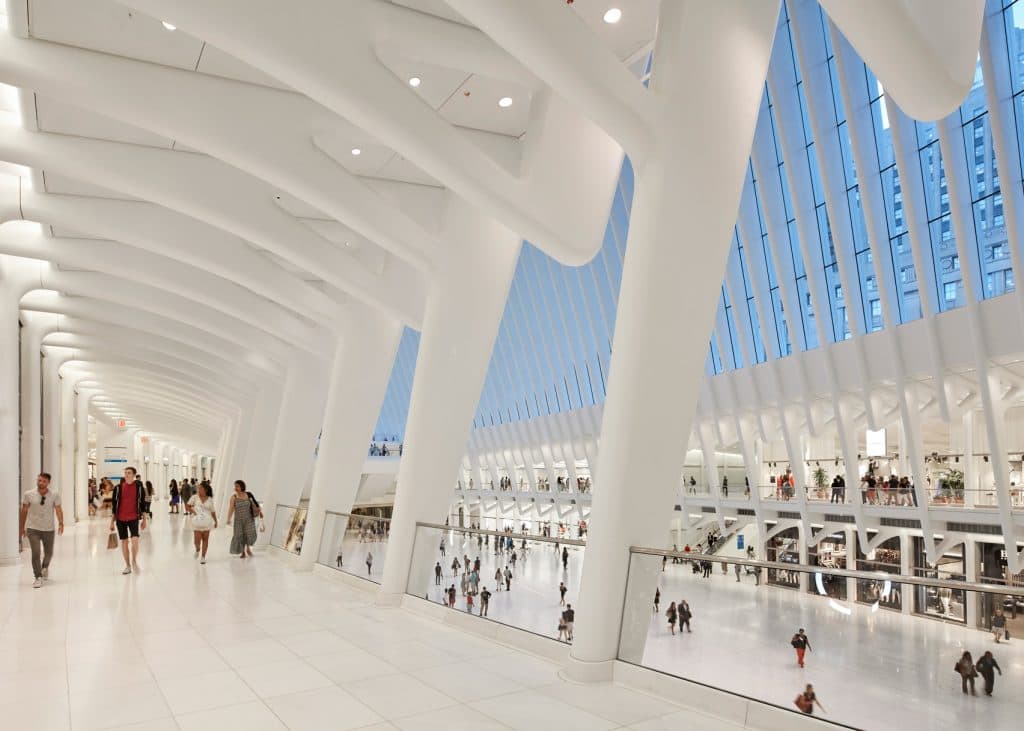 Above and Below: The breath-taking interior of the completed structure (images courtesy of Hufton + Crow [above] and Silverstein Properties [below]). 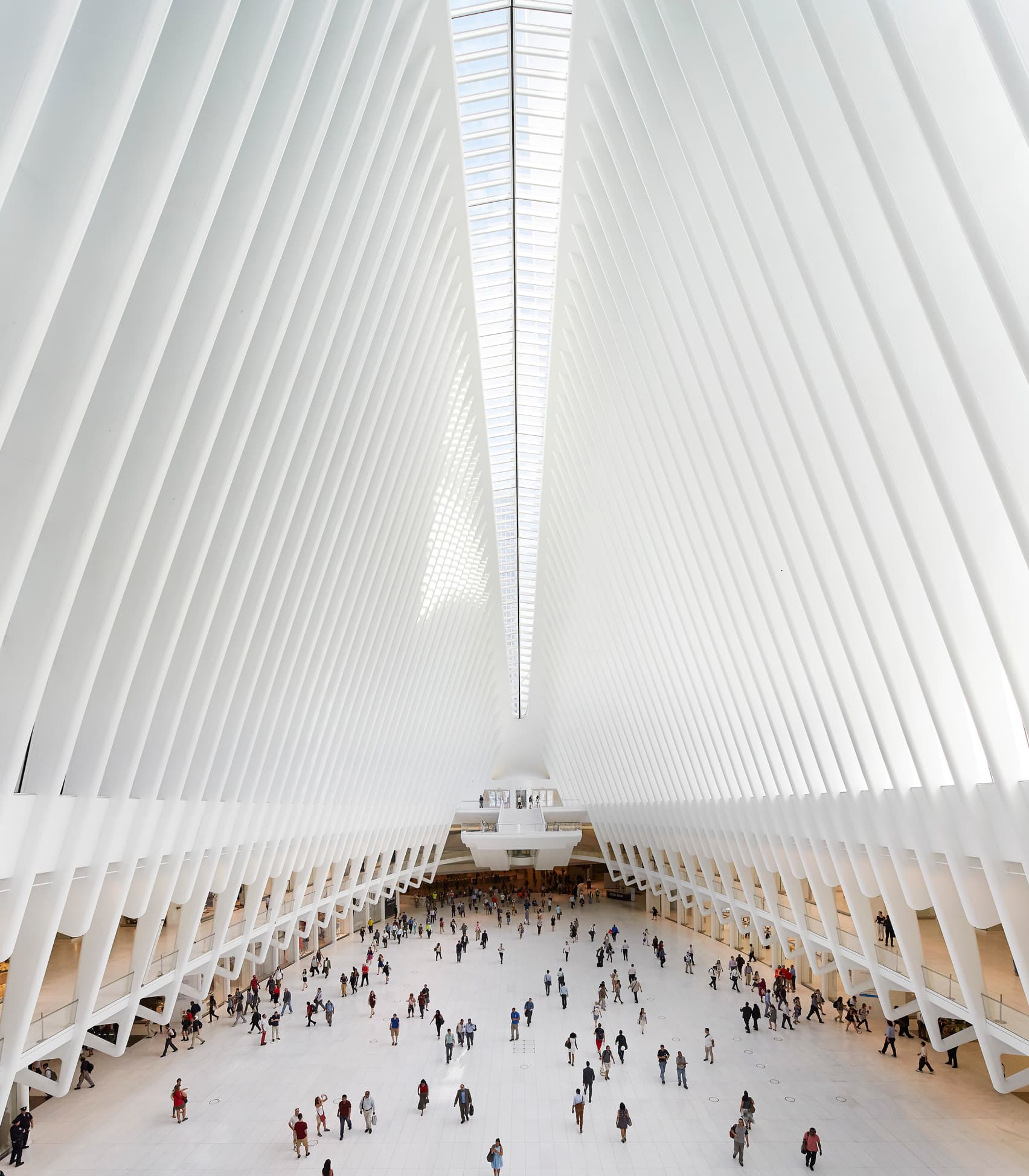 According to EarthCam’s official YouTube channel, over one million hi-resolution photographs and panoramic shots were deliberated upon for the video. The stunning result validates the effort invested – and what better than for everyone on the project to have a lasting memory of their work.

So now that The Oculus – official name being the “World Trade Center Transportation Hub” – is open, what is its purpose? Positioned between the impending 2 World Trade Center and 3 World Trade Center towers, the $4BN USD structure includes a train station and a Westfield-invested shopping mall. Oh, and you’ll be able to take quite the selfie by posing under the 160-foot high roof. I would recommend the Valencia filter. 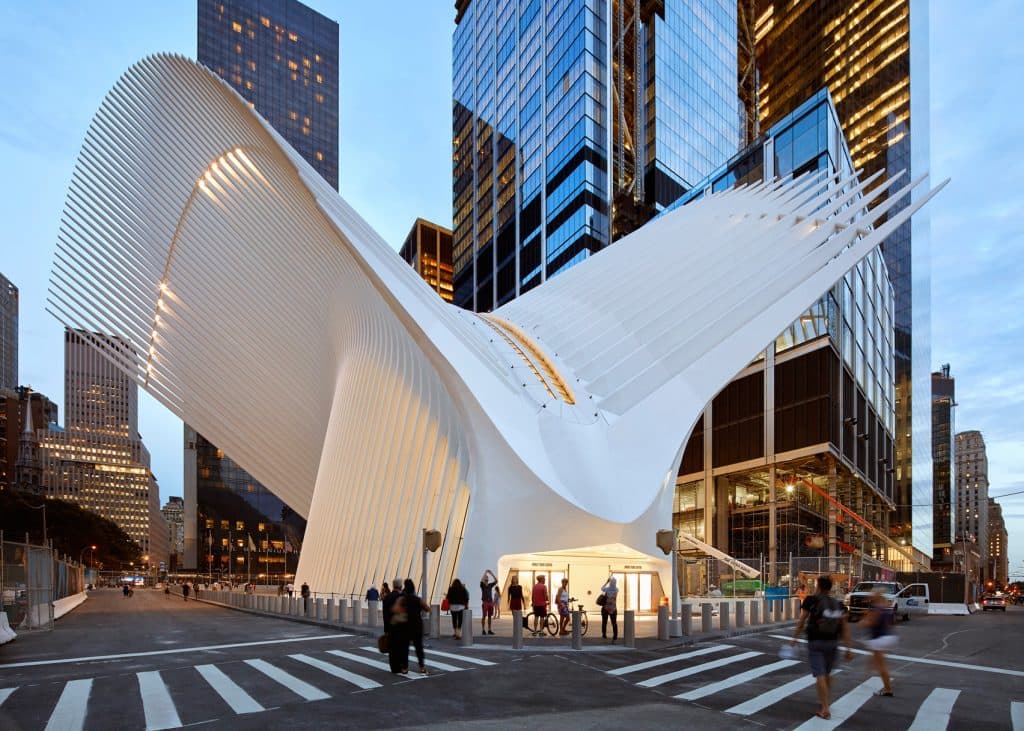 Above: A street-level view of the new transportation hub that became operational in 2016 (image courtesy of Hufton + Crow).

Four island platforms and five tracks connect the station with Newark, New Jersey and Hoboken, with several concourses connecting to the metropolis’ expansive subway system. Furthermore, The Oculus is also connected with East River ferries, acting as a fantastic nucleus to the entirety of Manhattan. As for the 365,000 square foot shopping facility, 113 units make up what should be a fantastic retail experience, with brands like Apple and H&M already open for business.

Aside from the millions of commuters using the infrastructure network, some 15 million tourists are expected to visit the site as they soak up the restored scenery. Maybe some of those will be you reading this article – after all, it is hard not to be impressed by this stunning building, a beating heart bringing travel, business and recreation together. 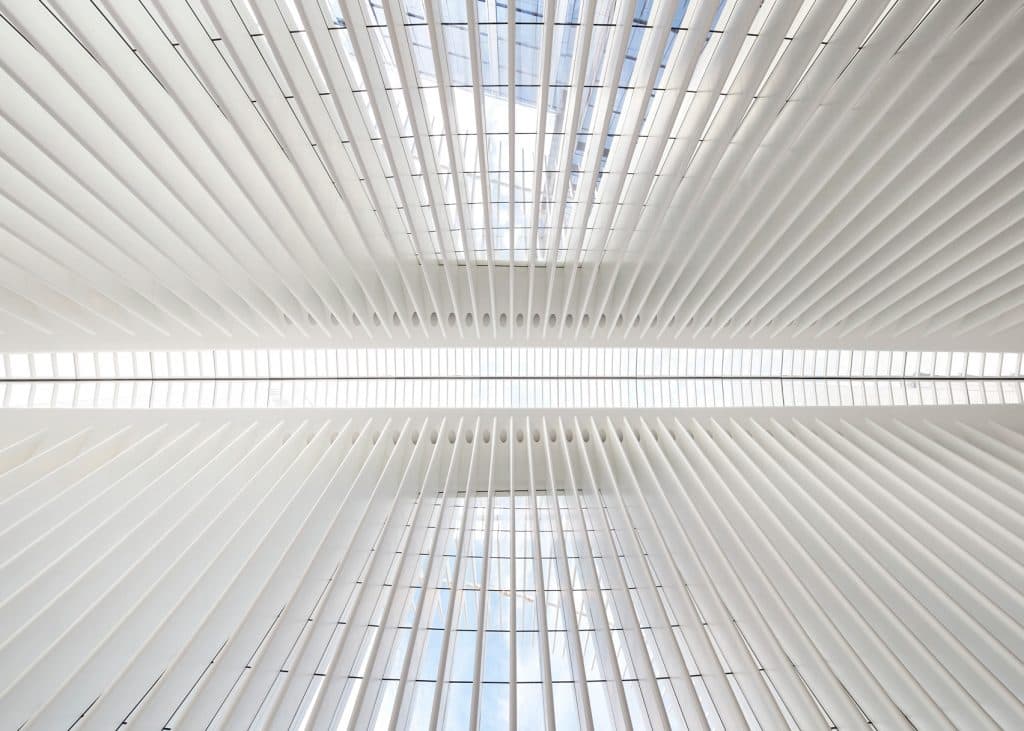 Above: The structure's ceiling, as seen from the floor of the concourse (image courtesy of Hufton + Crow).