It’s happening in a research testing laboratory in Dübendorf, a town to the east of Zurich in Switzerland.

Under the National Centre of Competence in Research (NCCR) Digital Fabrication, a team of very clever people from ETH Zurich – formed of professors, architects, engineers, robotics specialists and materials scientists no less – have partnered with industry to explore automation for construction practices.

The structure shown in the video is the beginnings of “DFAB HOUSE”, a three-storey, 200 square metre pilot project that the team are using to assess how various digital technologies can make the construction process more sustainable and efficient.

In the clip we see an “in-situ fabricator robot” forming a steel reinforcement framework ahead of a concrete pour. It’s pre-programmed with the design model data and will build the framework autonomously. Heavy duty caterpillar tracks ensure it is prepared for almost any form of construction site terrain. 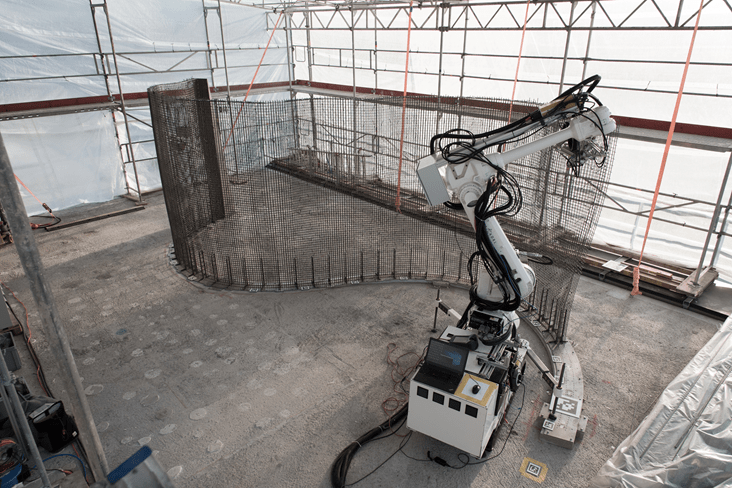 Above and Below: An "in-situ fabricator robot" forming a steel reinforcement framework (images courtesy of NCCR Digital Fabrication). 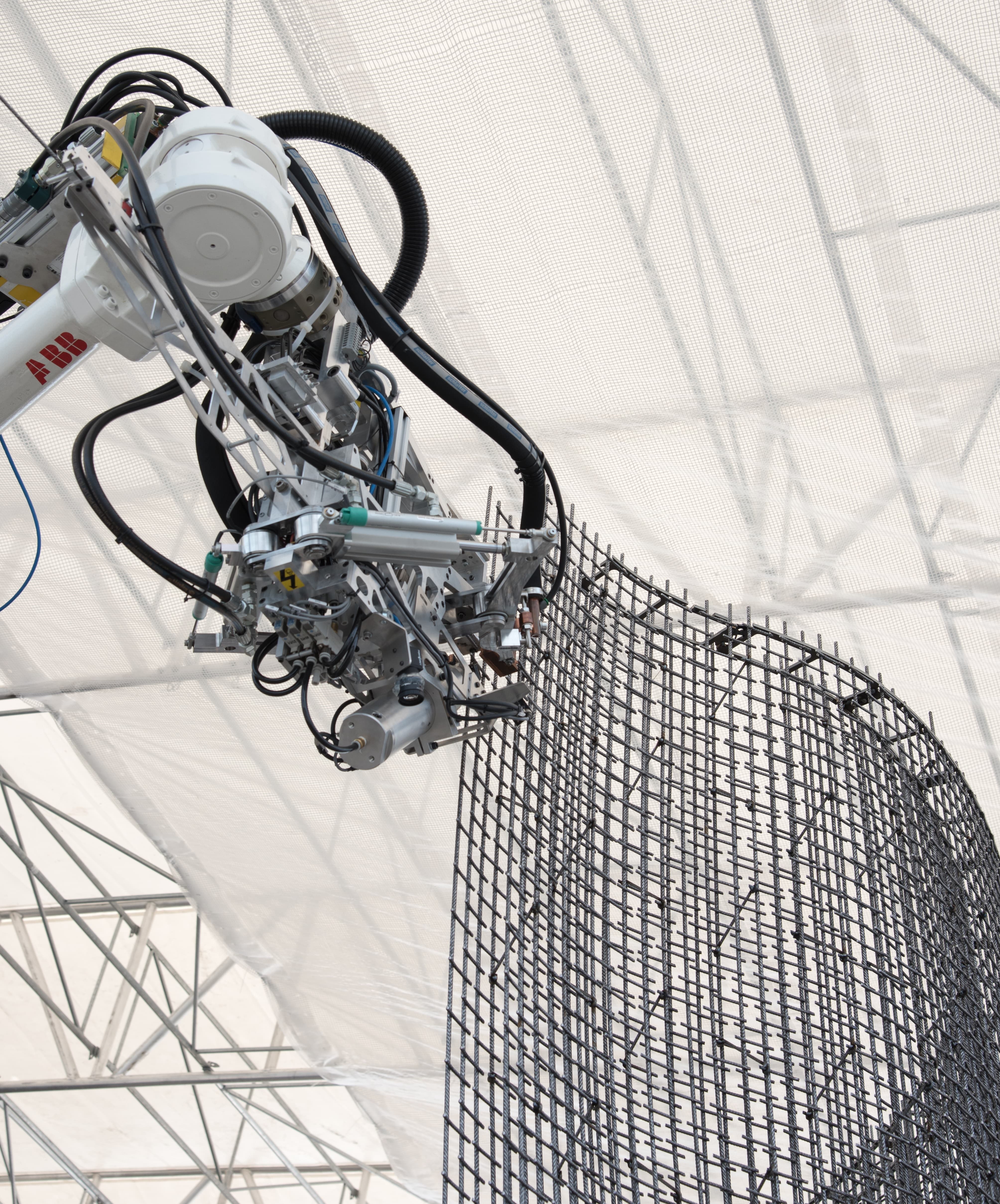 The reinforcement framework is itself a material innovation by the team.

Conventionally, formwork and shuttering would be required to hold poured concrete in place around the reinforcement bars until it had cured. The framework developed by ETH Zurich is able act as both formwork and reinforcement thanks to the dense structure of the steel and an advanced composition of the concrete mix that ensures it doesn’t fall out of place.

The innovation is in its infancy and raises all sorts of questions about finish, steel to concrete ratio and cost, but it’s certainly an impressive advancement that indicates the team’s direction of travel in this area. 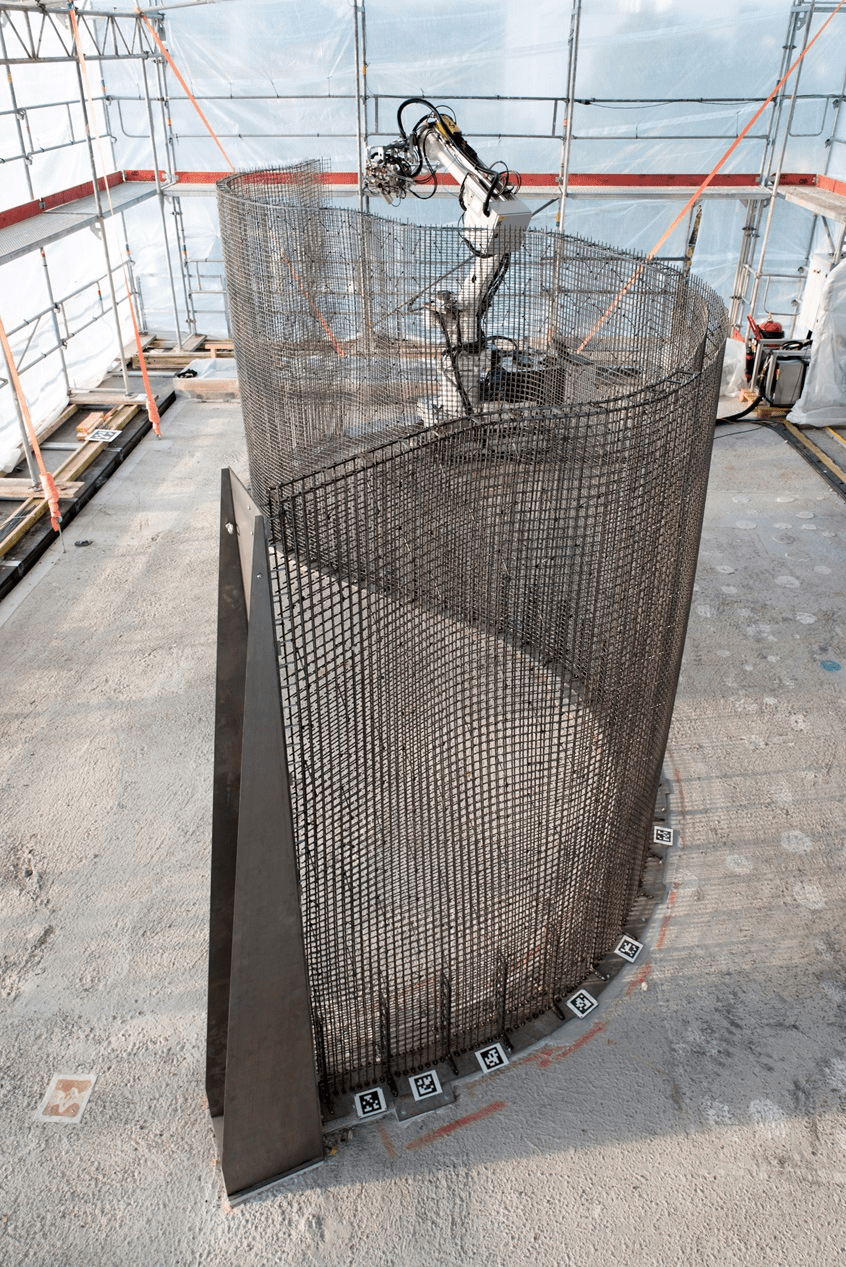 Above: The in-situ fabricator robot nearing the end of its task (image courtesy of NCCR Digital Fabrication).

The result of the test shown in the video is a double-curved, load-bearing wall that will “characterise the architecture” of the open-plan living area on the ground floor.

Beyond the rebar robotics, the wider DFAB HOUSE project will incorporate a number of technology innovations as the team investigate construction efficiency.

The structure’s roof will be created with a “statically optimised and functionally integrated” ceiling slab, the formwork of which has been manufactured using a large-scale 3D sand printer.

The bespoke concrete façade mullions on the ground floor are being produced with an automated robotic slip-form system which the team term “Smart Dynamic Casting technology”. On the two upper floors, a group of robots will “co-operate” to assemble the structural timber frame as part of the Spatial Timber Assemblies research being undertaken. 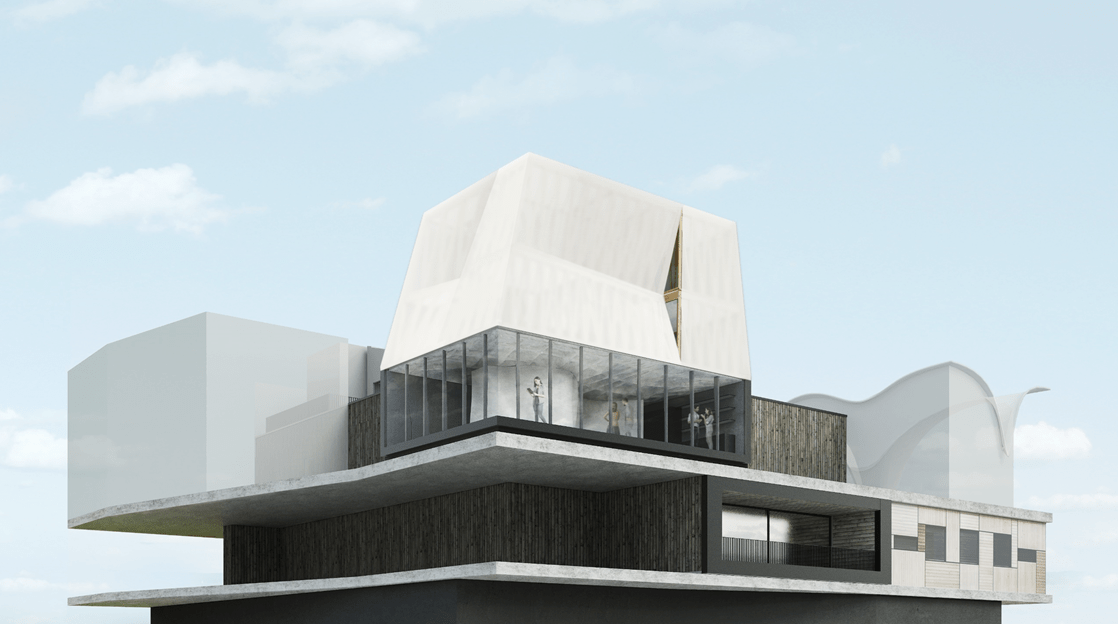 Above: How DFAB HOUSE is set to appear once completed (image courtesy of NCCR Digital Fabrication).

The use of technology doesn’t end there. When the DFAB HOUSE becomes inhabited by some of the researchers from summer 2018, they’ll be testing smart home solutions and internet of things (IoT) technologies. This will include systems that communicate intelligently with one another and that are capable of learning; enabling them to control the building in a way that improves its energy efficiency and occupant comfort.

ETH Zurich professor Matthias Kohler, founding director of the NCCR Digital Fabrication and the initiator of the DFAB HOUSE project, explained how it is the variety of new construction technologies that makes this a flagship project for digital construction: