The Race to Build the World's First Hyperloop

WITH passengers sitting in pods that travel at airline speed through sealed tubes using electric propulsion and magnetic levitation, hyperloop has been touted as the fastest way to cross the surface of the Earth, slashing journey times between major cities from several hours to a matter of minutes.

When it was first conceived by Elon Musk in 2013, the idea was deliberately open-sourced and companies around the world were invited to develop the technology.

Since then, billionaires, engineers and governments have competed to open the first operational system.

Facing fundamental questions about the concept’s viability, conducting cutting-edge engineering, investing billions of dollars, navigating extraordinary economic and political challenges - and all with the greatest transportation leap for a generation at stake - this is the race to build the world’s first hyperloop. 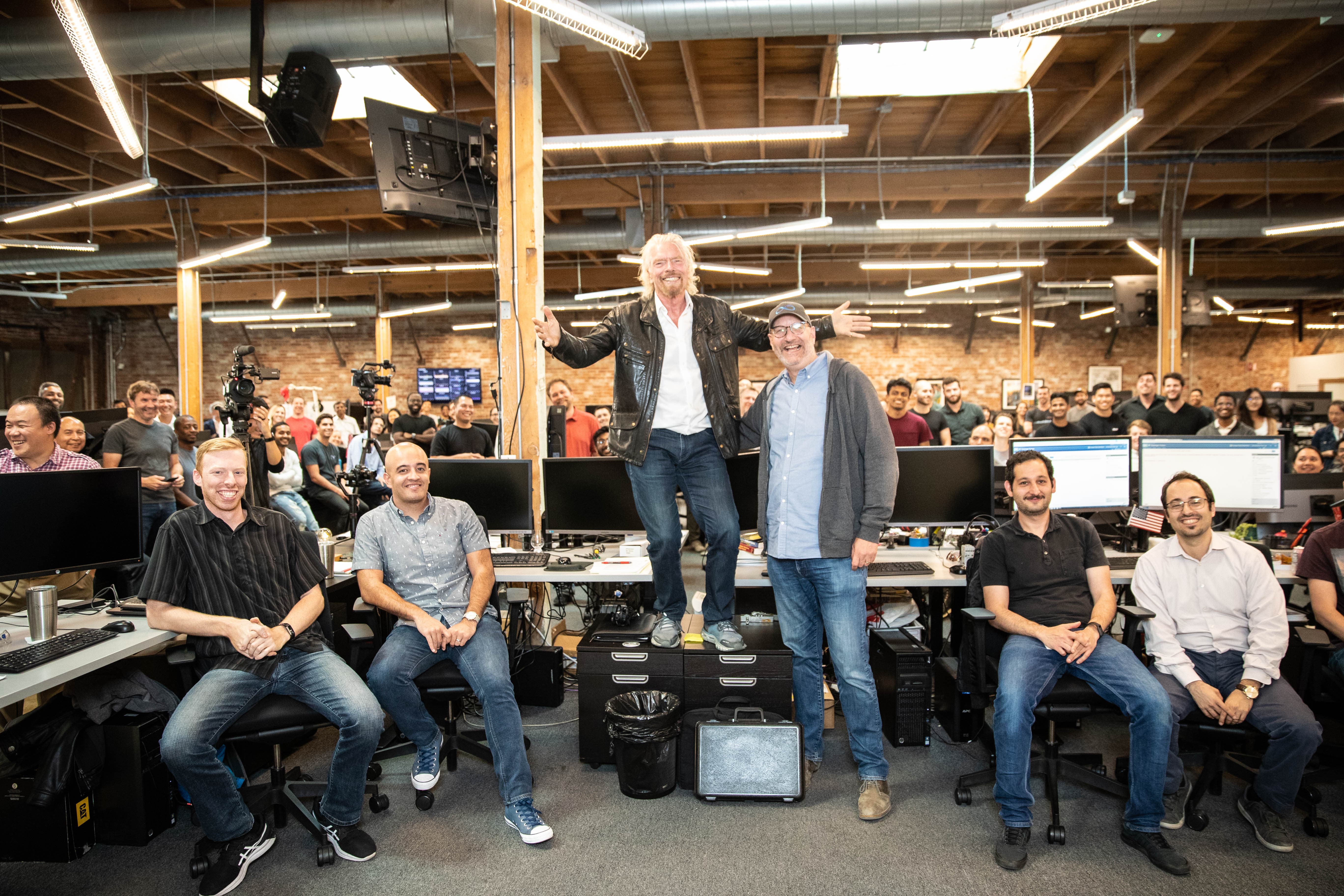 Above: Sir Richard Branson has been in talks with the governments of India and Saudi Arabia to build the first hyperloop (image courtesy of Virgin Hyperloop One).

Arguably leading the pack having constructed the world’s first full-scale test track in the Nevada desert, Virgin Hyperloop One saw their proposal to build a USD $10BN route between Pune and Mumbai declared an official “public infrastructure project” in 2019.

While some 75 million passenger journeys are made between the two cities each year, the number is likely to hit 130 million by 2026.

A hyperloop system would cut the three-and-a-half-hour car journey down to just 35 minutes.

Despite an “intent agreement” being signed and public procurement commencing, a change of state government saw the project put on hold in early 2020. 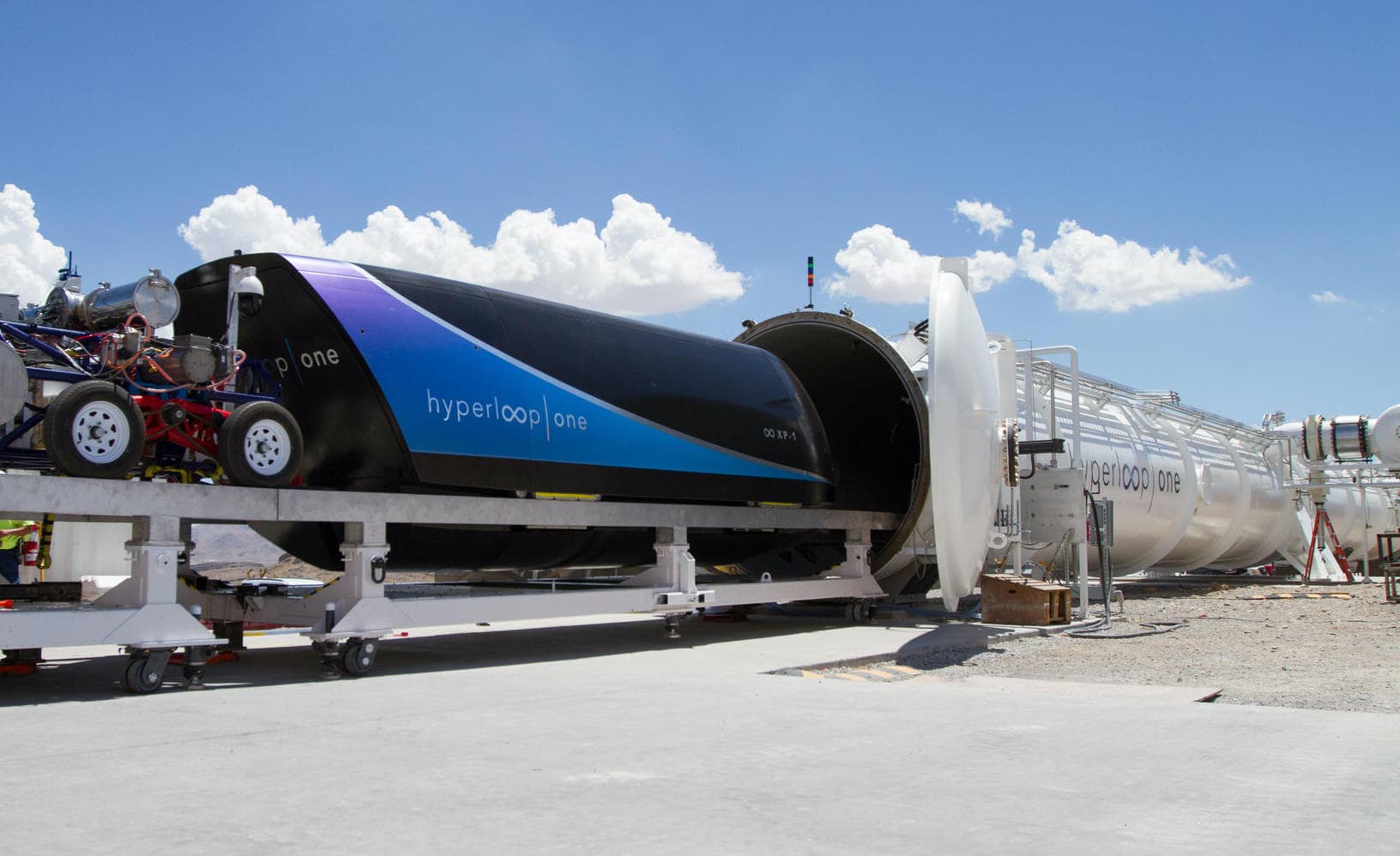 Above: Substantial leaps have been made since Virgin began testing at their Nevada facility (image courtesy of Virgin Hyperloop One).

Concerns were raised about India pioneering the first system, when investments were needed in other forms of transport.

However, the idea has not been scrapped altogether and Virgin’s Sir Richard Branson has subsequently met with India’s Union Transport Minister to propose another route connecting New Delhi with Mumbai.

Above: The B1M's "Hyperloop Explained" film shows how the concept works and is the world's most popular video on hyperloop.

Vying with India to open the first system, Saudi Arabia is also in advanced talks with Virgin Hyperloop One, with the company preparing to build a manufacturing plant and 35-kilometre test track north of Jeddah.

The country also recently agreed to a pre-feasibility study on the use of hyperloop systems; the first to be carried out at a national level anywhere in the world.

Saudi Arabia’s aim is to connect the major Gulf cities and enable 45 million passengers each year to reach them in under an hour.

With solar panels on the tube’s exterior, such a project would fit with the United Arab Emirates’ (UAE) strategy for 50% clean energy by 2050.

But Virgin Hyperloop One faces competition in the desert.

Hyperloop Transportation Technologies (Hyperloop TT) is also planning a system in the Middle East and has proposed a USD $6BN, 150-kilometre route between Dubai and Abu Dhabi, that would put the cities within 15 minutes of each other.

Above: A hyperloop test track in France (image courtesy of Hyperloop TT).

The firm, which has its own full-scale test track in France, has announced plans to begin passenger trials later in 2020, with work on commercial operations expected to commence in 2023.

But while its Middle Eastern proposals look promising, Hyperloop TT’s best chance of winning the race lies in the United States (US).

In late 2019 the firm worked with the Northeast Ohio Areawide Coordinating Agency (NOACA) to release what they claim to be the most extensive hyperloop feasibility study to date – boldly proposing to link Chicago with Cleveland and Pittsburgh.

The Great Lakes corridor sees tens of millions of journeys made between the cities, and significant passenger and freight expansion is projected over the next 25 years.

A hyperloop journey from Chicago to Cleveland would take just over half an hour, providing a huge boost to the Midwest region and potentially creating a unified labour market where people could live in one city but work in another. 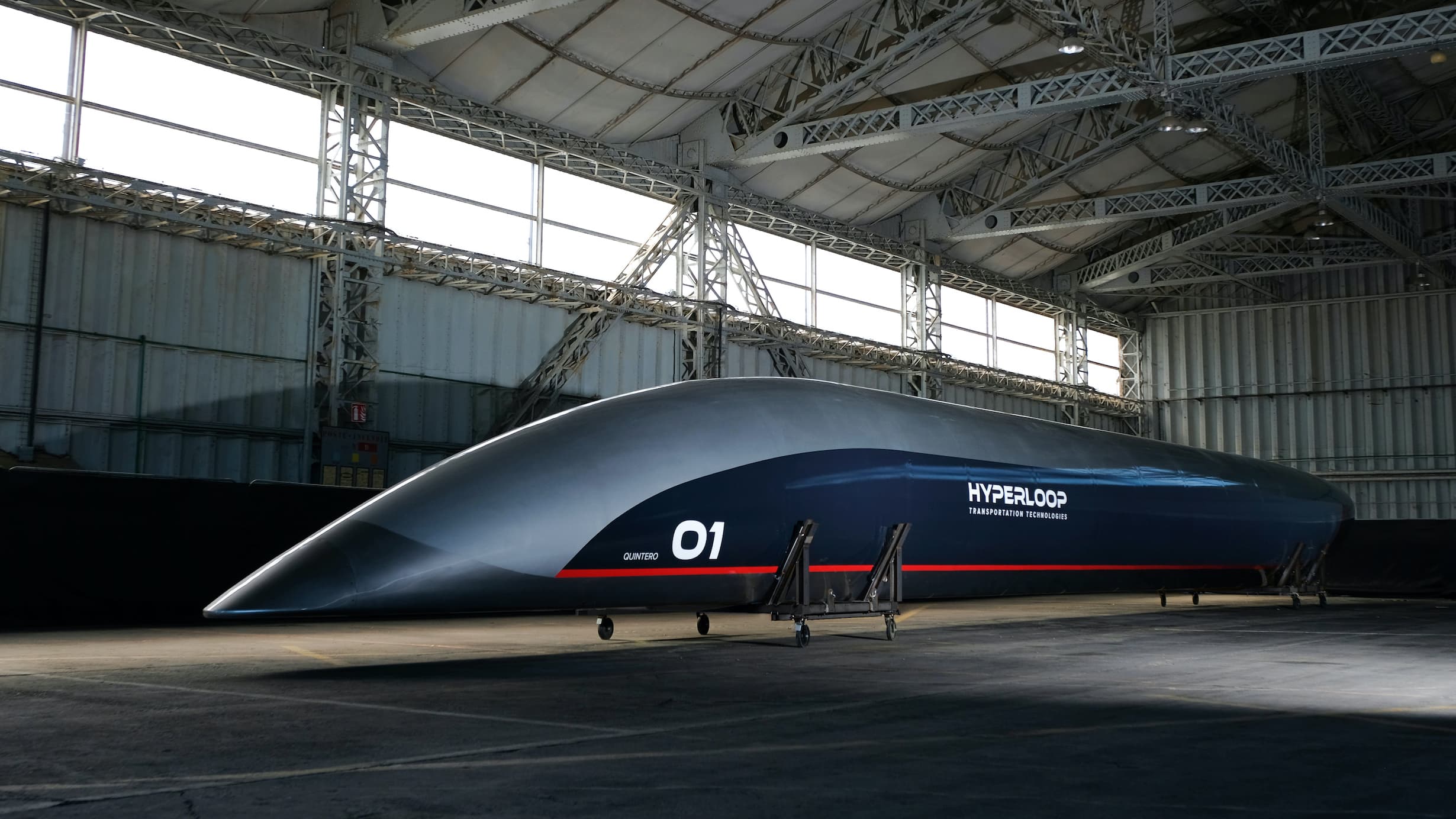 Above: Pods like this could be the future of long-distance travel (image courtesy of Hyperloop TT).

The project is now moving onto an environmental impact assessment and, pending its outcome and approval by several government agencies including the US Department of Transportation, Hyperloop TT hopes to have the route operational by 2028.

Elsewhere in North America, proposals to construct a hyperloop between Mexico City and Guadalajara – cutting the six-hour car journey down to 38 minutes – won a Virgin Hyperloop One competition in 2017, but have been slower to gain traction.

While some developers have been working in competition, others have actively collaborated.

The first few months of 2020 saw a joint technical committee named “JTC 20” formed in Europe, that’s focused on developing common approaches to hyperloop across the continent.

The alliance includes Netherlands-based Hardt Hyperloop, Hyper Poland, TransPod (a Canadian firm with offices in Italy and France) and Zeloros of Spain.

A network of research centres is set to begin operating across these countries in the next few years.

Hardt Hyperloop is leading the way with its own European Hyperloop Center in Groningen, with construction due to complete in 2022.

According to Hardt, the center will house the first high-speed test track in Europe and a laboratory where developers can share knowledge on standards, safety and passenger experience.

Hardt also plans to have its own 10-15-kilometre pilot route built by 2023 and aims to operate commercial lines by 2028 – a target that it admits is ambitious. 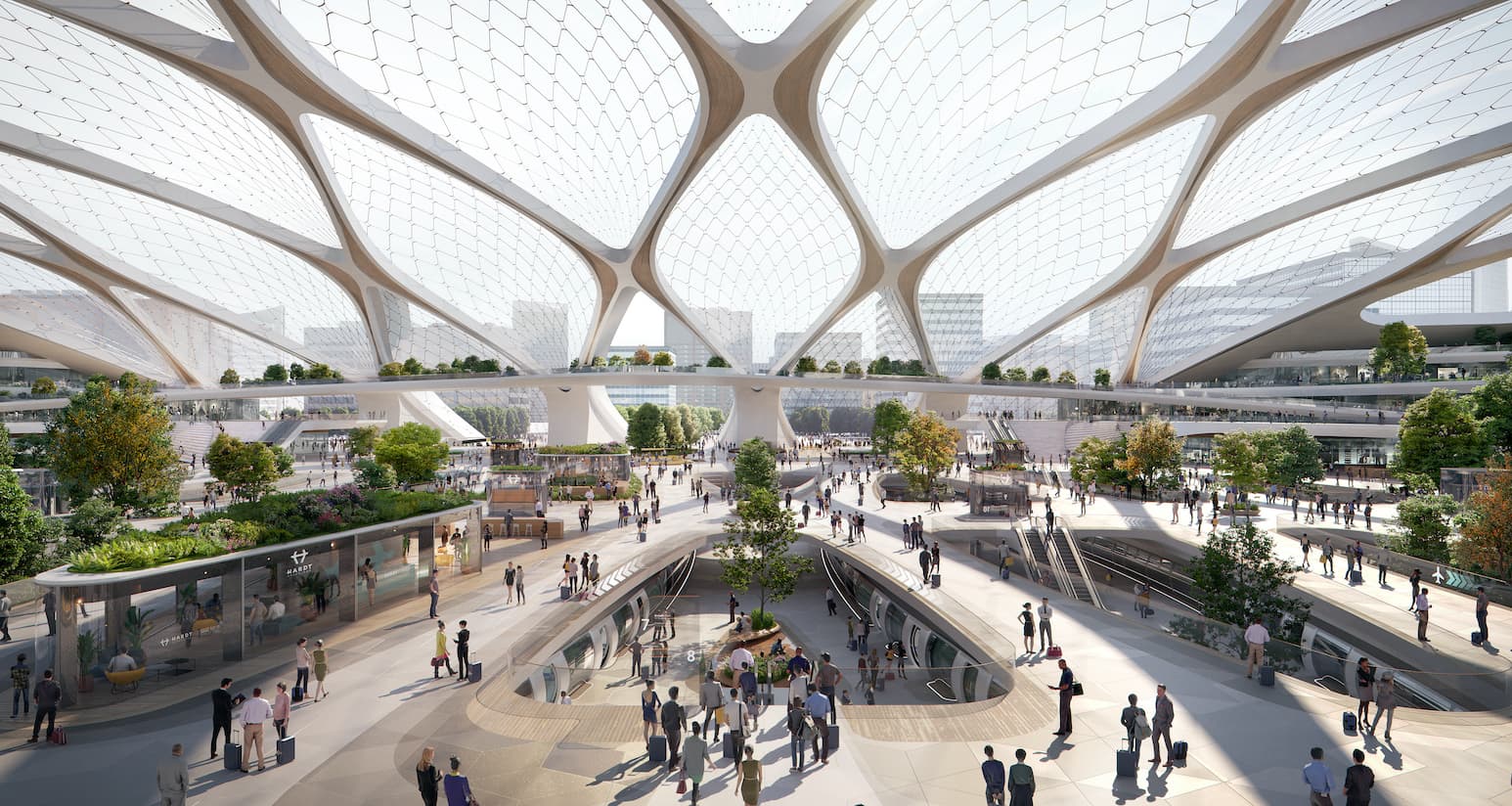 Hardt envisions a future where every major European city is connected by hyperloop and where journeys between key hubs such as Amsterdam and Frankfurt become easily commutable.

By encouraging joined-up thinking from several innovators across the continent, and with the construction of research centres and test sites gathering pace, the chances of the first hyperloop emerging in Europe should not be discounted.

For a technology that Elon Musk once said would deliver a “smooth as glass” passenger experience, hyperloop has so far been a bumpy ride.

But with breakthroughs now being made on technology and testing and with growing government support around the world, the prospect of the world’s first hyperloop system welcoming passengers in the next decade is no longer just a pipe dream.

9 Construction Tech Trends to Watch in 2019