A TEN storey staircase on side of a building in Xi’an, north west China, has become an online viral sensation.

The staircase is partially covered in planted panels and features a large number of mist nozzles that create a hazy aura around the building. 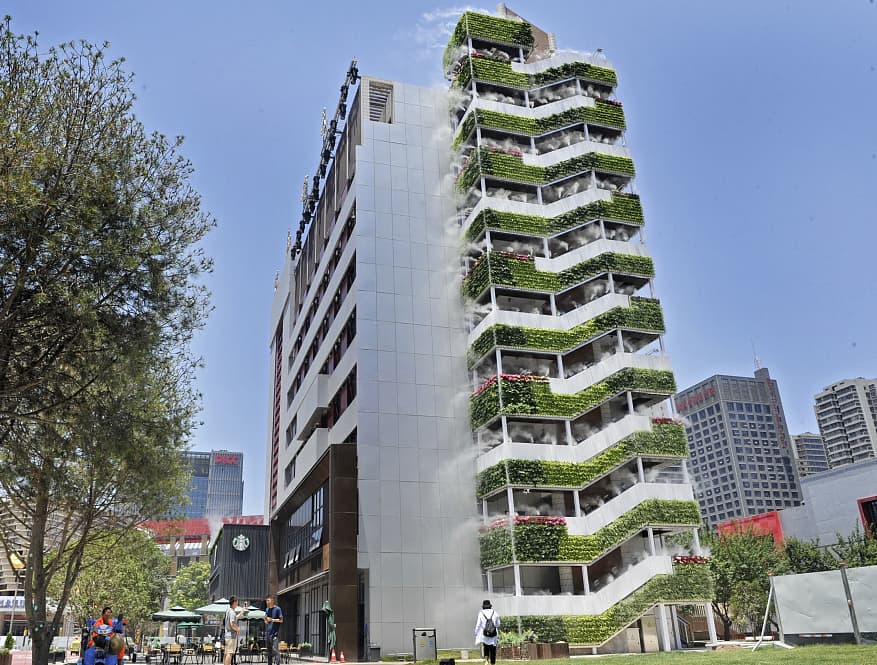 Above: Xi'an's newest attraction is this green, mist-emitting facade (image courtesy of VCG).

Although some locals have remarked that the building appeared to be burning as result of the hot weather, the plants and the mist were actually used to cool the external stair. 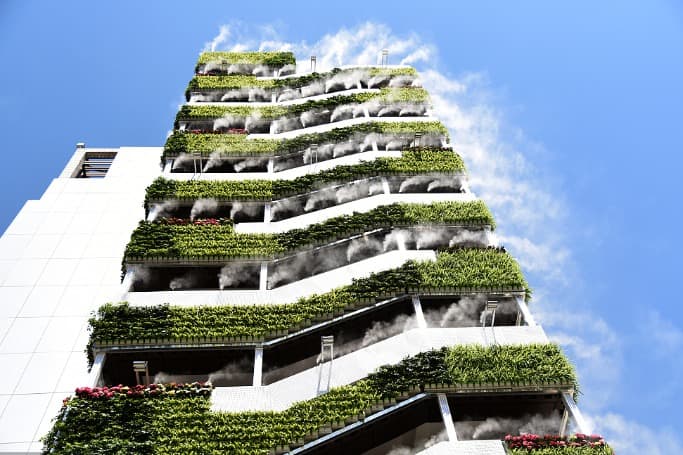 Above: Plants cover 450 square metres of the building's facade (image courtesy of VCG).

The plants cover a total of 450 square metres - the largest vertical garden in China.

The plants and the fine mist can cool the surrounding air by between five to ten degrees Celsius. Fine mist from the nozzles also irrigates the plants that constitute the green facade.

In addition, the mist and plants help to reduce the amount of PM10 particulates in the air. While PM10 - which includes dust and ash particles - is not as harmful as the ultrafine PM2.5 particulates, many countries have now adopted measures to regulate their concentration in the air. 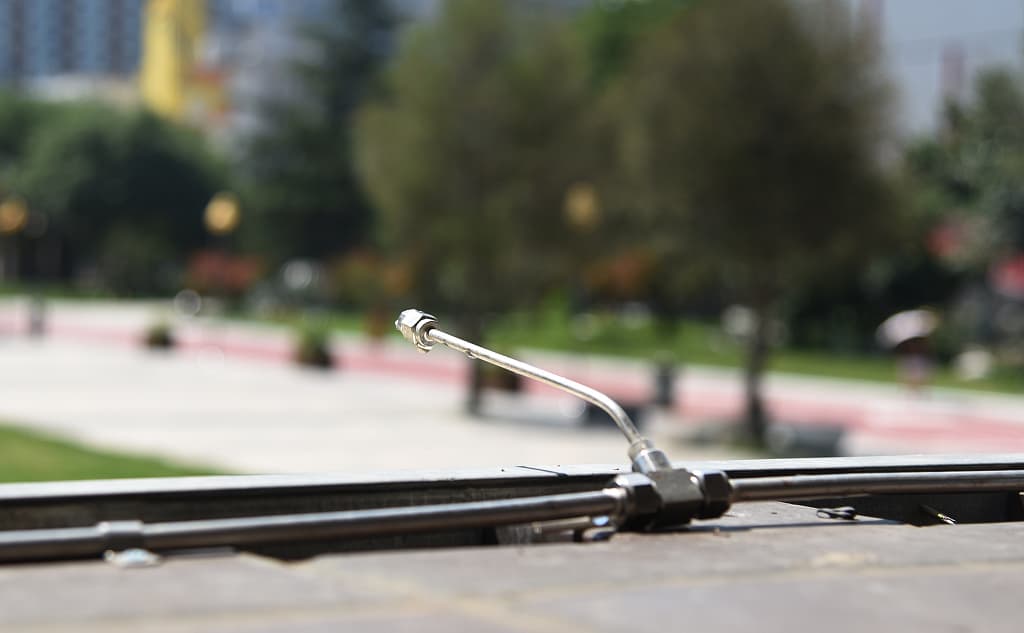 Above: Mist from nozzles such as this one can reduce the amount of harmful dust particles in the air (image courtesy of VCG).

If you would like to learn more about the latest trends and benefits of integrating plants and trees, watch The B1M’s video, “When Trees Meet Buildings” below.

Health and Safety in Construction: A Visual History