CANARY WHARF, one of Crossrail’s most striking stations, is nearing completion as this video shows.

The £500M station - designed by Foster + Partners, Adamson Associates, Tony Meadows Associates and Arup - will be fully open to public from December 2018, although parts of the building above the station (that contains restaurants and a rooftop garden) have been accessible to the public since May 2015. 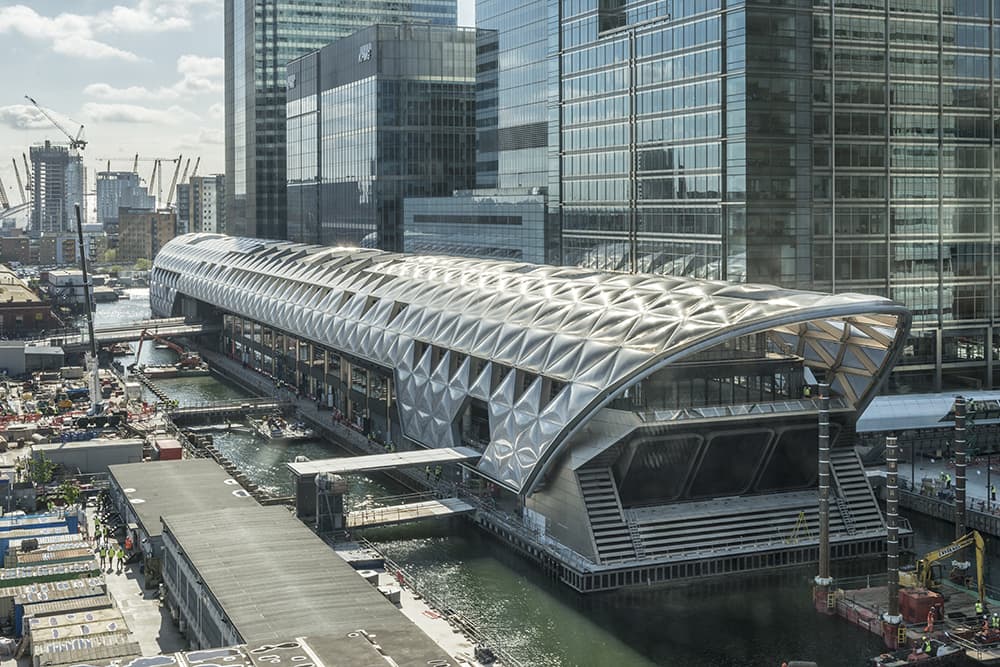 Above: The Canary Wharf Crossrail station, seen here under construction, is set within the West India Docks in east London (image courtesy of Nigel Young and Foster + Partners).

The 256 metre (840 foot) long structure is set within West India Docks’ North Dock and surrounded by water. The tracks are a further 18 metres (60 feet) below the dock bed.

Building works commenced in the spring of 2009 by constructing a steel-pile cofferdam around the site. Pumps then began draining the 22M gallons of water on 11 February 2010, finishing six weeks later. 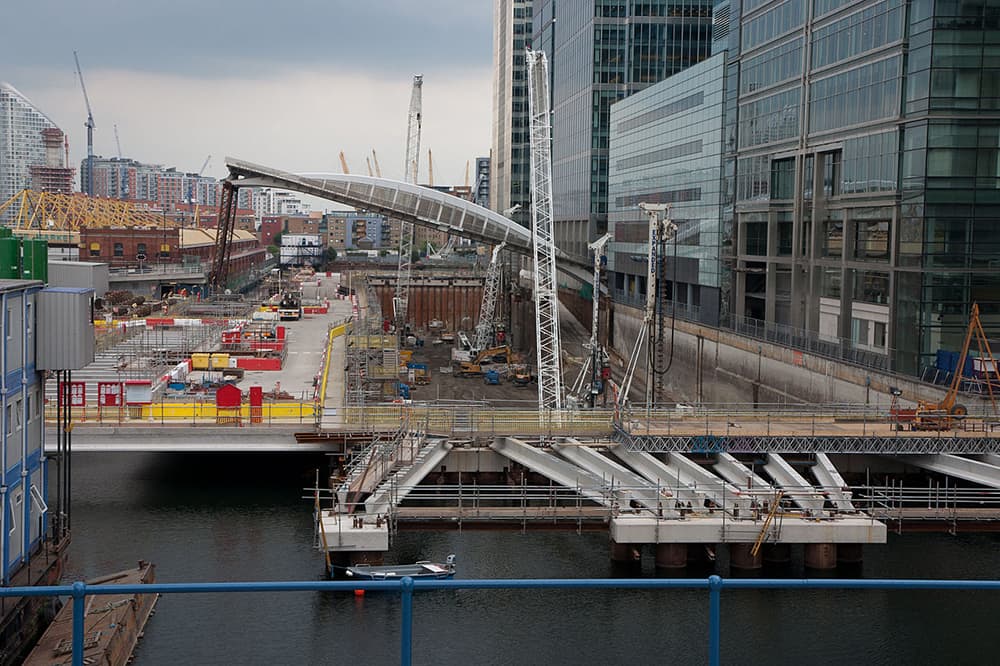 Above: June 2010, the cofferdam is in place as excavations of the dock bed continue (image courtesy of Tom Page).

Following this, further piling was carried out in the dock bed and excavations began in August of that year. 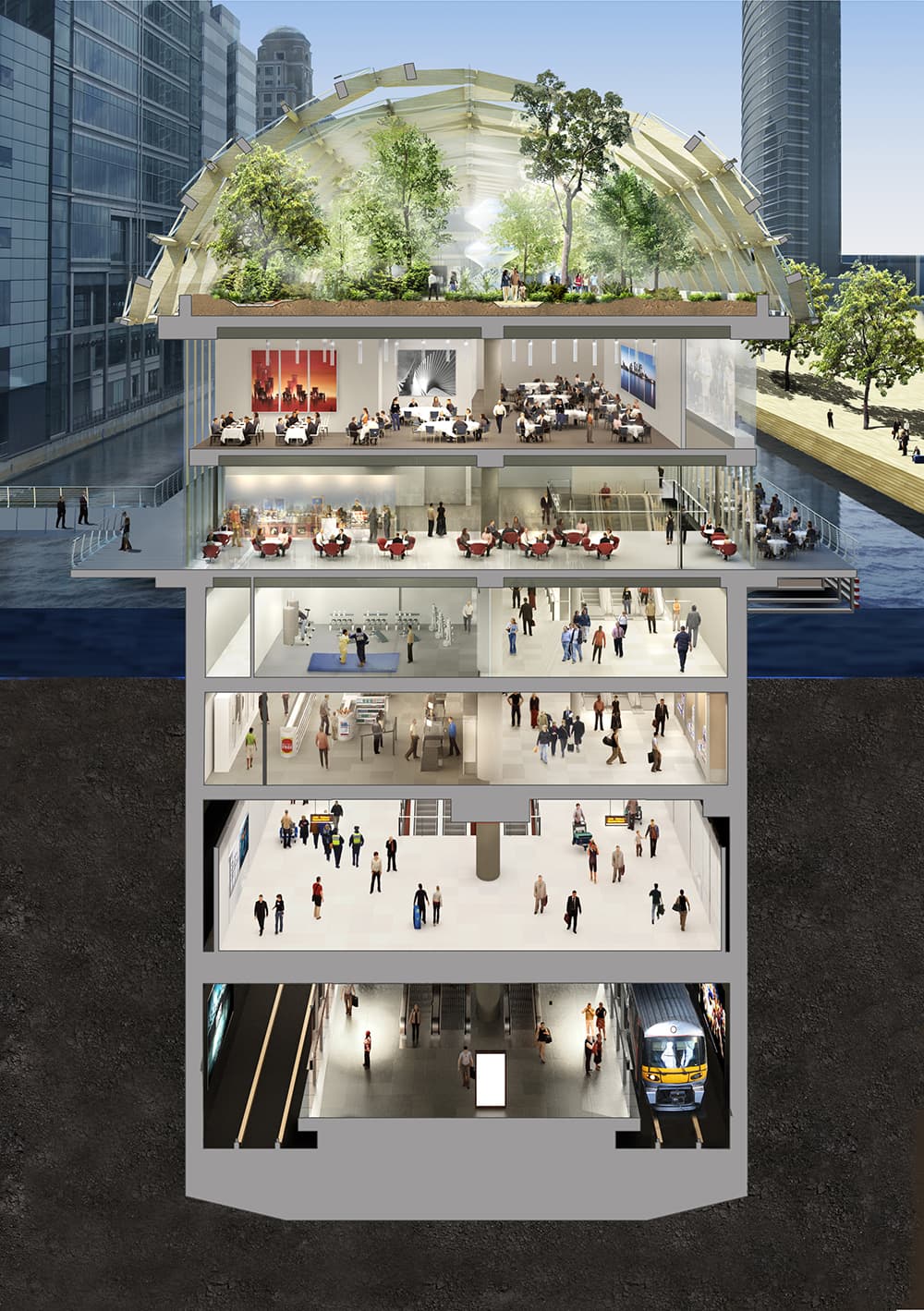 Above: Cross-section of the station shows a shopping centre, restaurants and a rooftop garden on top of the station (image courtesy of Foster+Partners).

Crossrail’s tunnel boring machines reached the station in May 2013 and passed through what was then already a dry station box. By that time, the 40 metre (131 foot) tall escalators connecting level -1 to the ticket hall were already installed. Above the surface, works were progressing just as quickly, and the erection of timber roof structure began in September 2013.

Above: August 2013, before the construction of the lattice timber roof began (image courtesy of E. Griffin).

In order to guide future passengers from the platforms up to the street level, Tony Meadows Associates and Adamson Associates have designed large openings in the floor plates as well as relatively gentle escalators to increase visual connection from the platform towards the station’s ticket hall and beyond. 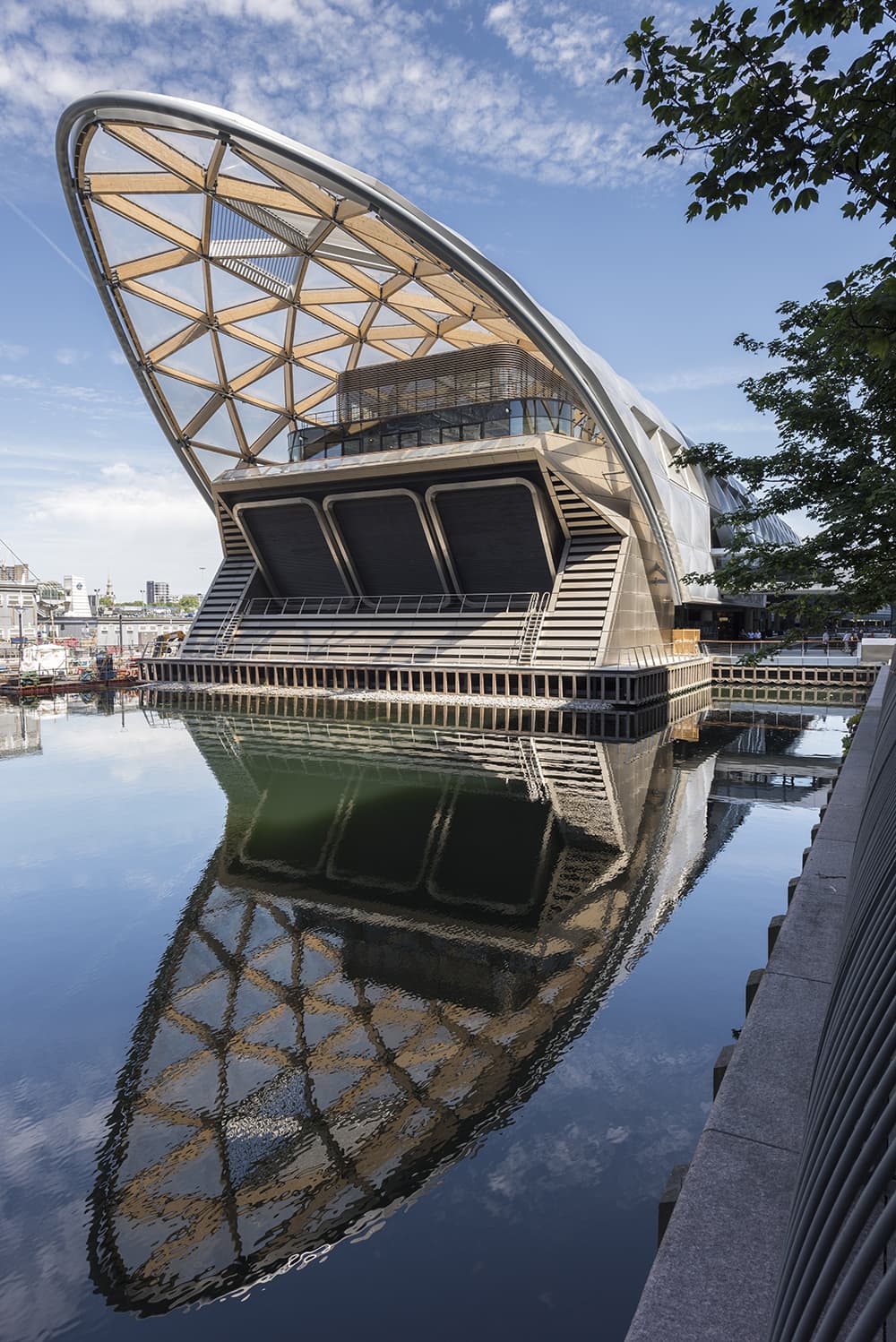 Above: The visible part of the structure is largely open to public while the fit-out of the station below continues (image courtesy of Nigel Young and Foster + Partners).

As passengers move up, the spaces they pass through will be clad in progressively lighter-coloured tiles, eventually leading to Crossrail Place’s open-air ground floor. 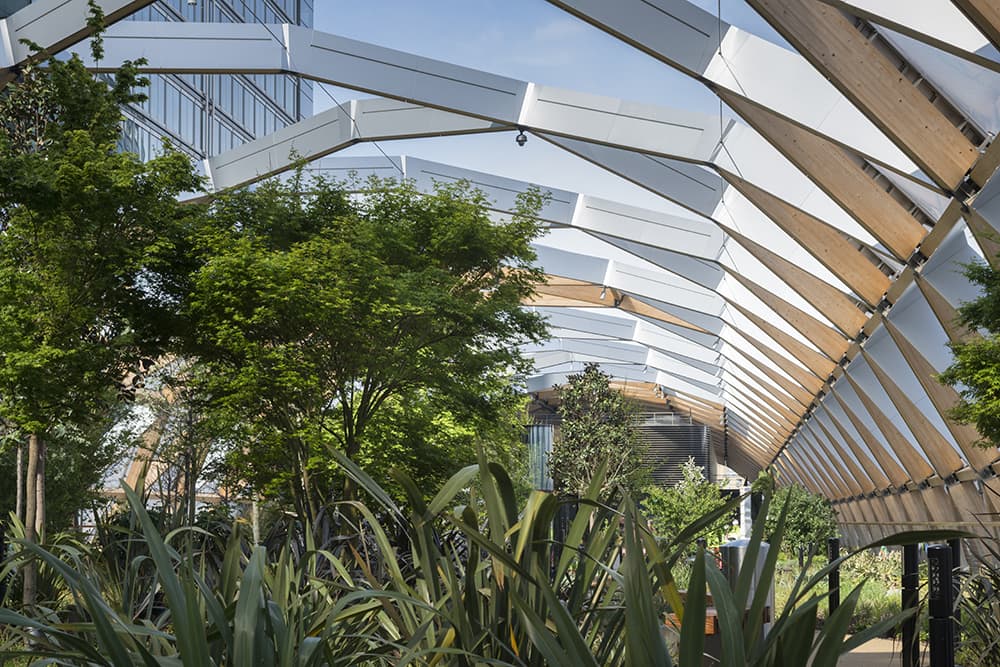 Above: The lattice timber roof covers a garden planted with flowers and shrubs from countries whose goods passed through the Docklands (image courtesy of Nigel Young and Foster + Partners).

Elements of the station already open include the roof garden which is covered by the building's eye-catching lattice timber roof. The roof's structure is completed by air-filled ETFE cushions. The garden itself is planted with flowers and shrubs that Victorian-era merchants using the docks would have encountered on their voyages.

This Flat-Pack House Can Be Assembled in 6 Hours