THE CITY of Harbin, in the north eastern corner of China, is an extreme environment. The average January temperature is -18 degrees Celsius, though it often falls to -24. Such hostility, makes the creation of Harbin Opera House even more remarkable.

Harbin has grown and developed at such a rate that it is now making a concerted effort to ensure its culture keeps pace. The eighth most populous city in China now has Harbin Cultural Island; a major new arts complex positioned amongst the Songhua River wetlands and home to the breath-taking new Opera House. 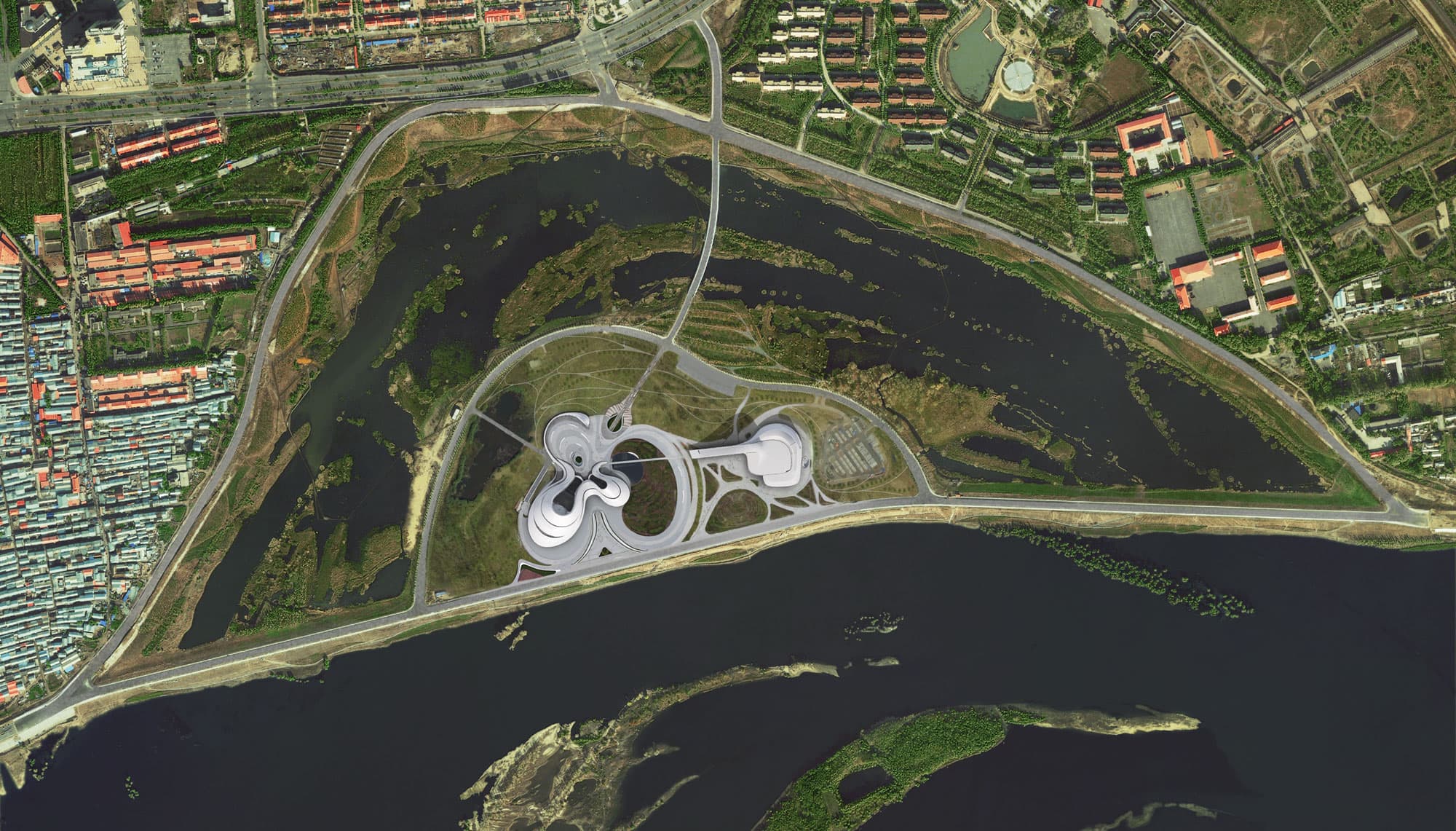 Above: Harbin Opera House is situated amongst wetlands neighbouring the Songhua River. Below: The building's extreme floor plan (image and plan courtesy of MAD Architects). 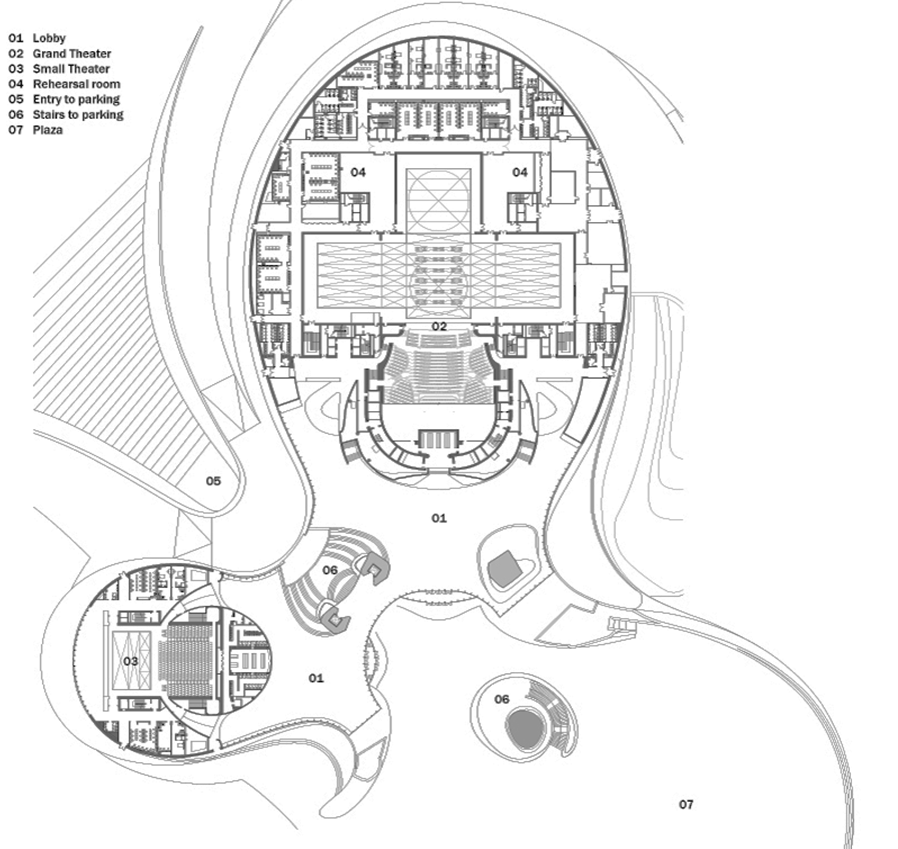 Conceptually, the building is designed to mirror the curves of its neighbouring marshlands and the ice forms that besiege it for significant portions of the year. Taking a design like this from concept stage to a viable reality in such a harsh climate required extreme thought and attention to detail. 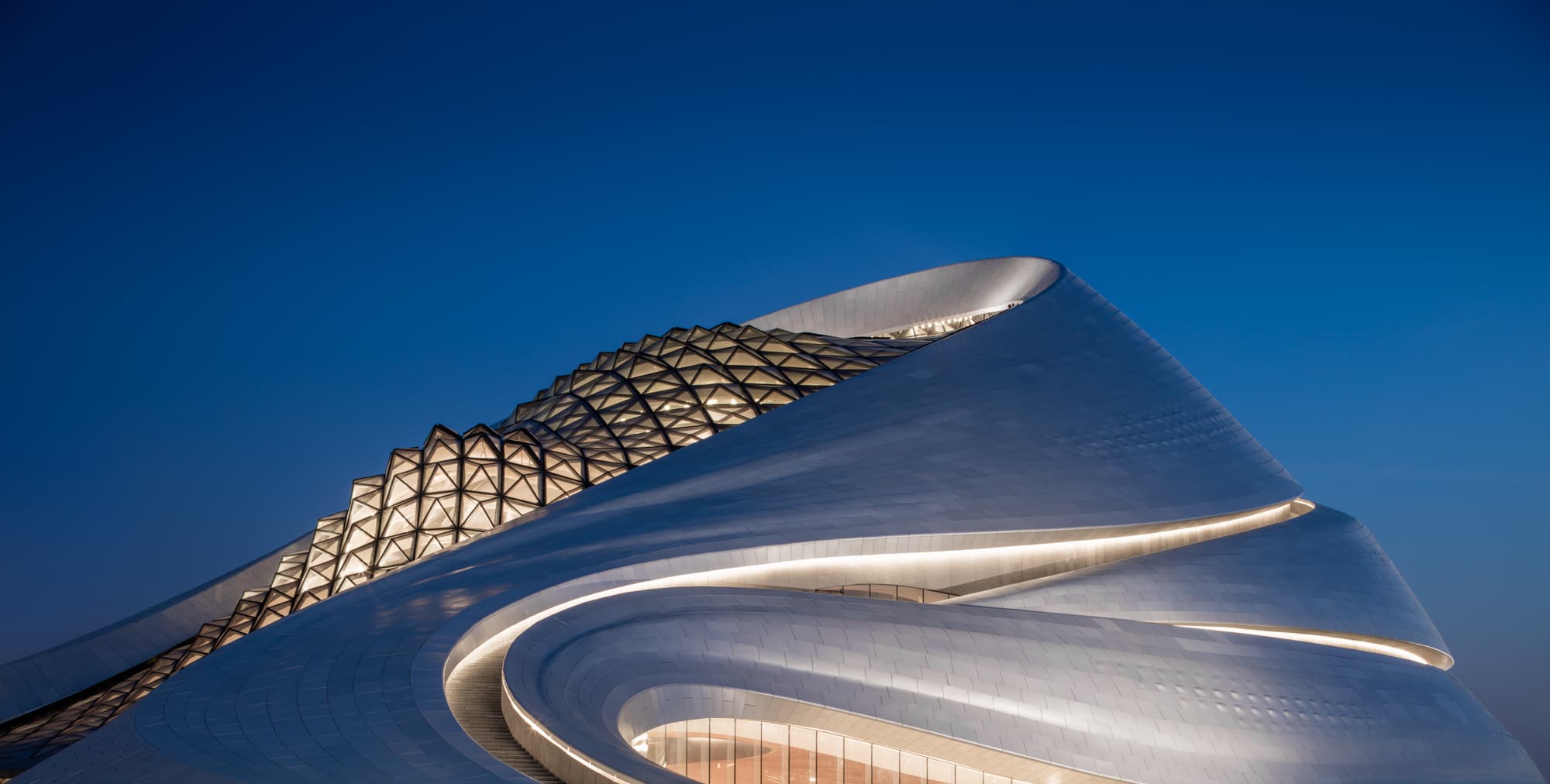 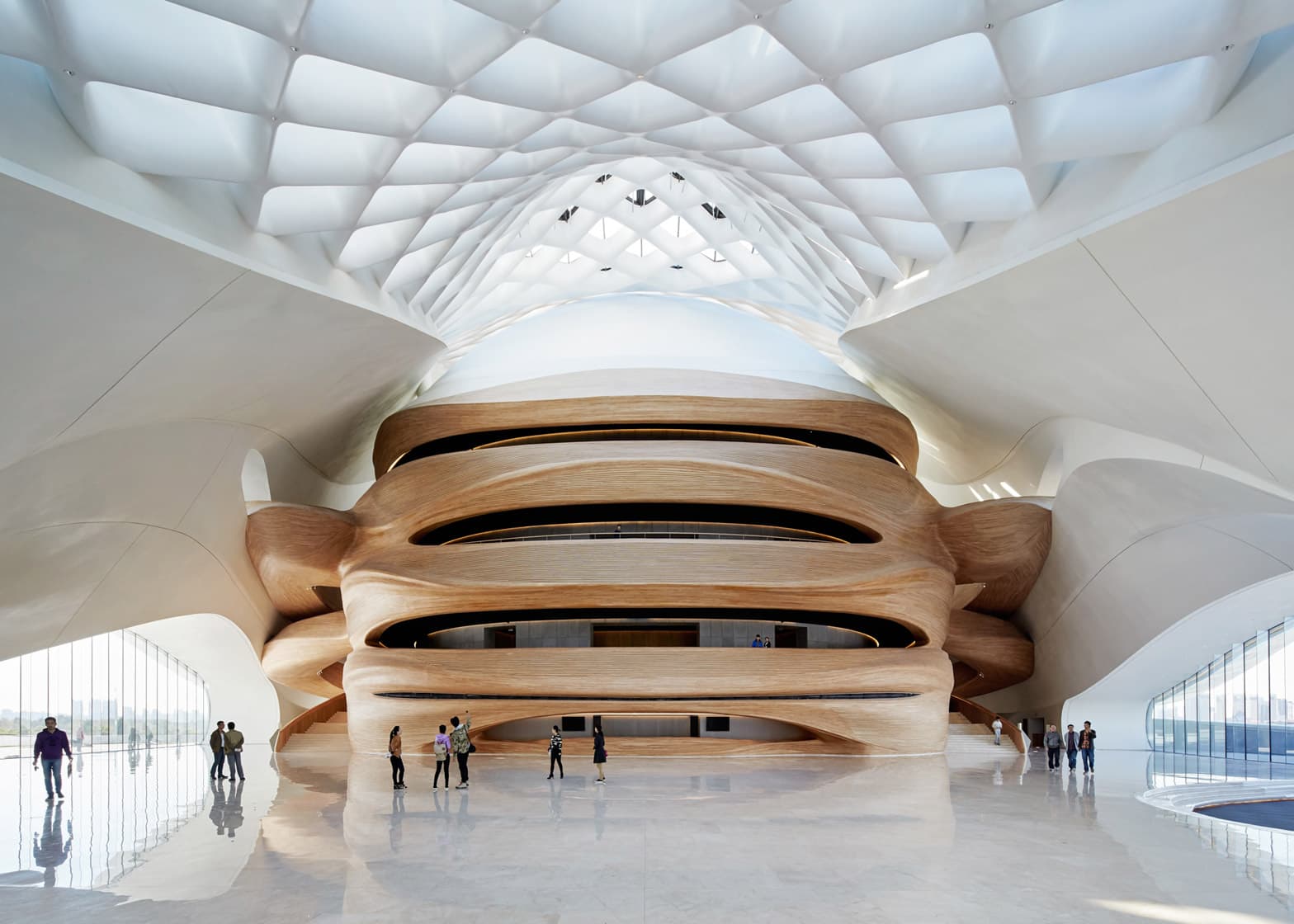 To reduce the time out on site in the bleak weather, much of the building’s components were prefabricated and then brought to Harbin for assembly. Steel was deemed the most resilient material for the core structure.

The roof of the Opera House is engineered to hold the weight of record snowfalls if necessary, and strategically installed electrical heating around downpipes and the entrances to drainage systems help to avoid these becoming frozen. 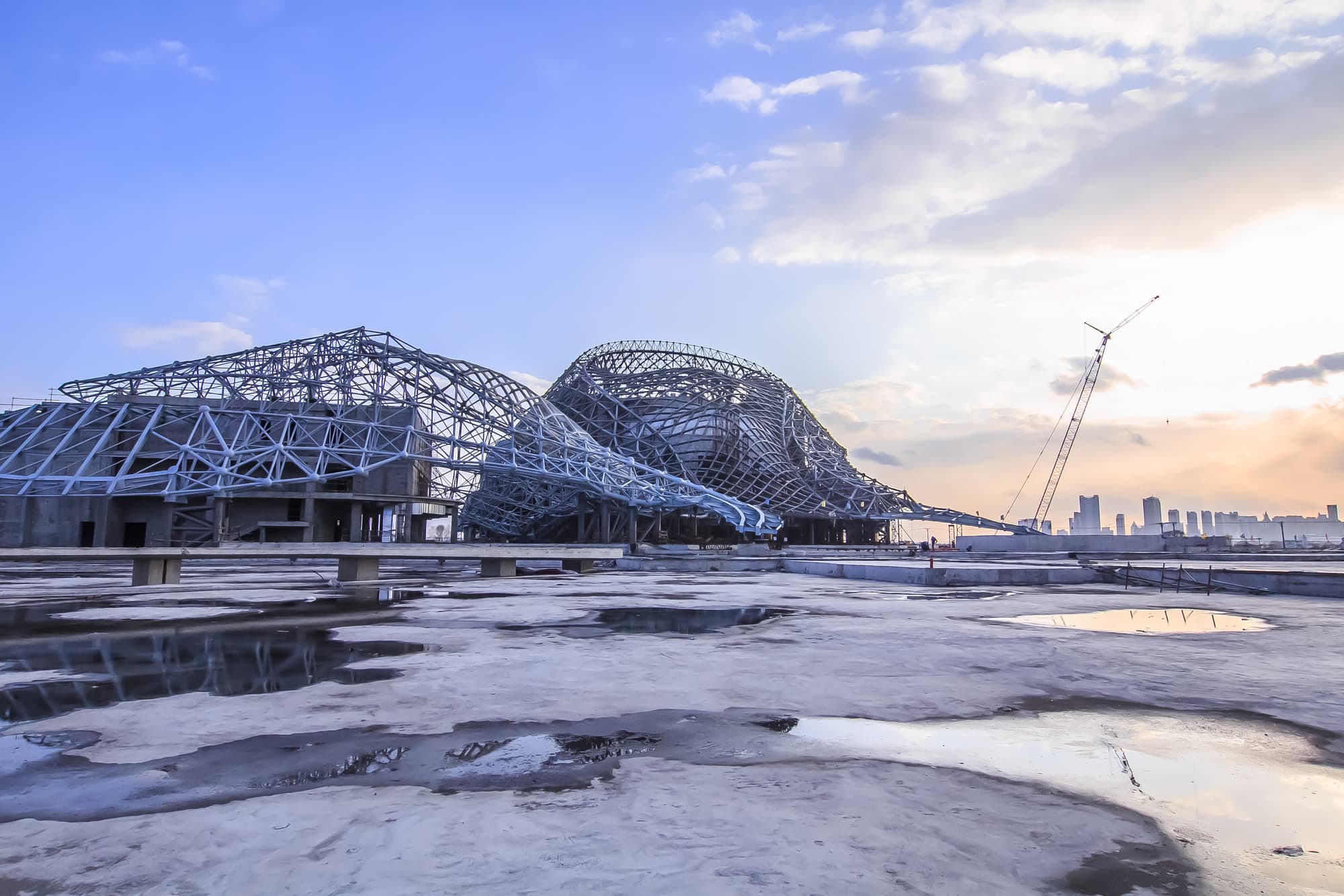 Above: The Opera House under construction (image courtesy of MAD Architects).

Sealants within the aluminium cladding and the curtain walling are specifically engineered to expand and contract with the variants in temperature. The curtain walling itself is tested in extreme wind speeds and with the great volumes of water that can flow off the building during melts.

"Temperatures often fall to -24oC. Such hostility makes the creation of this building even more remarkable"

Contrasting with the white aluminium externally, the Grand Theatre is lined with timber to ensure the best possible acoustic experience, whilst creating a feeling of warmth.

The Opera House has fast-become synonymous with the city of Harbin; a truly extreme design that has put this extreme location on the map. 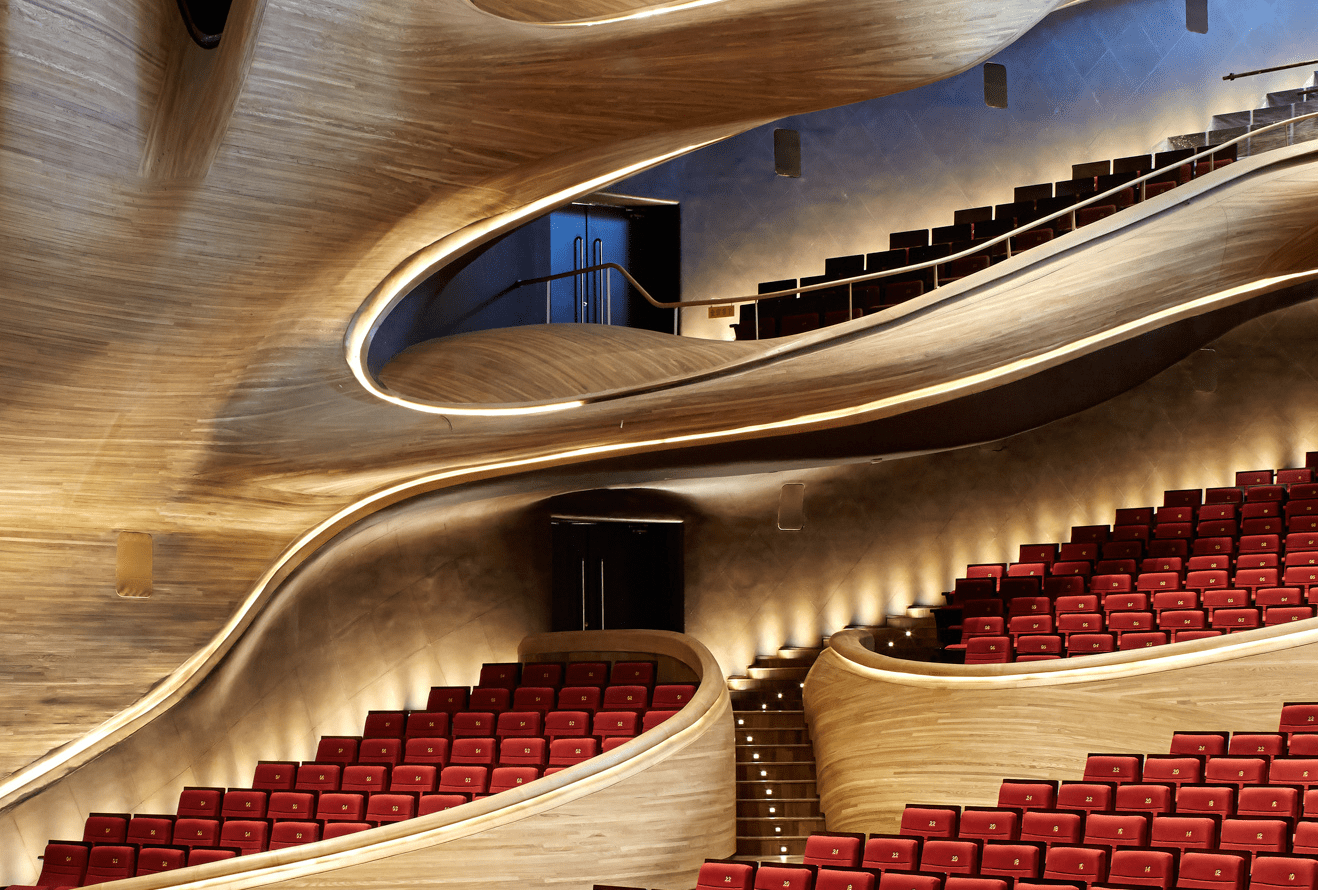 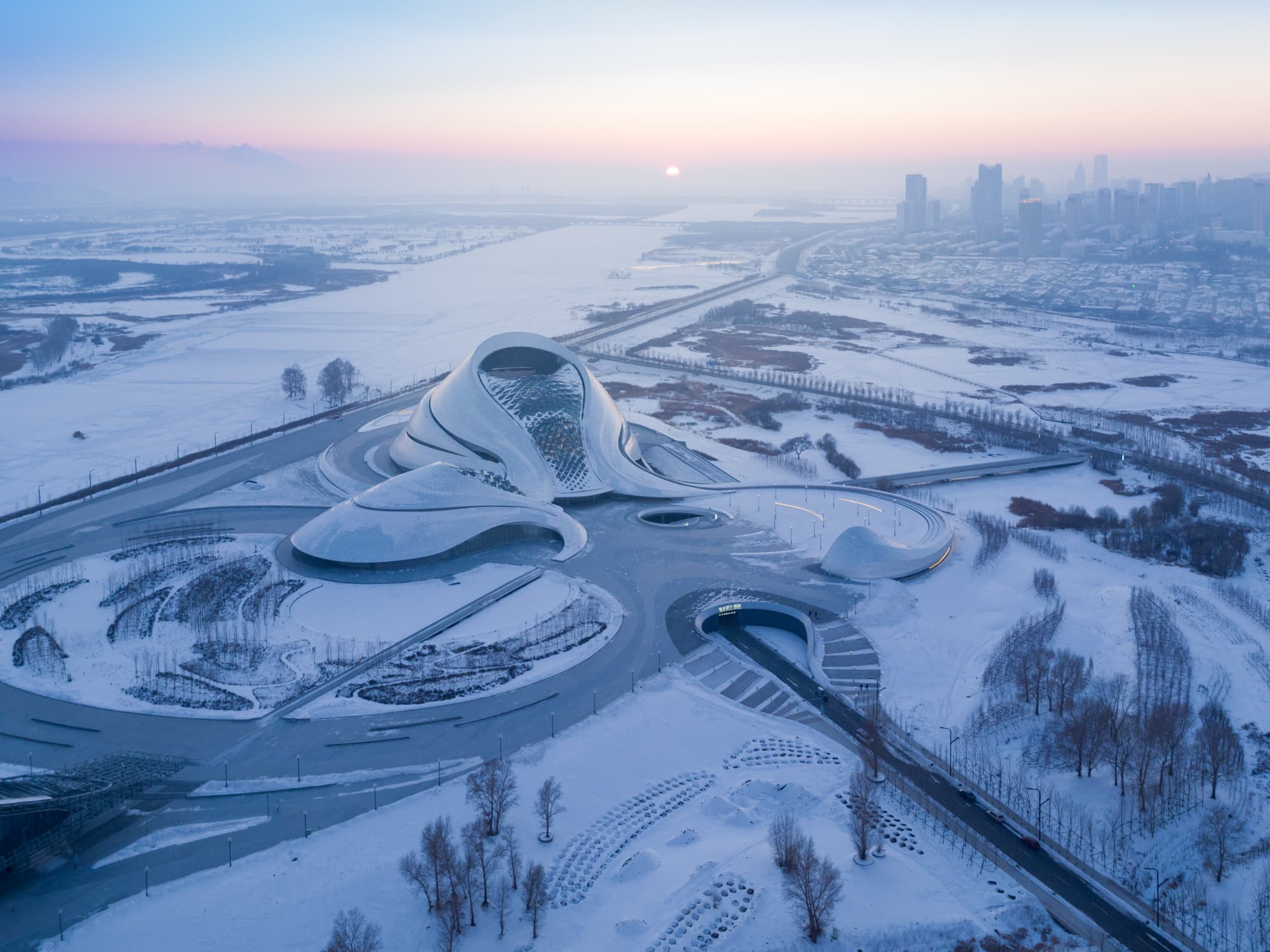