THE FIRST tunnel boring machine (TBM) for the Grand Paris Express - a system of orbital metro-style railways connecting the outskirts of the French capital - was launched last weekend. 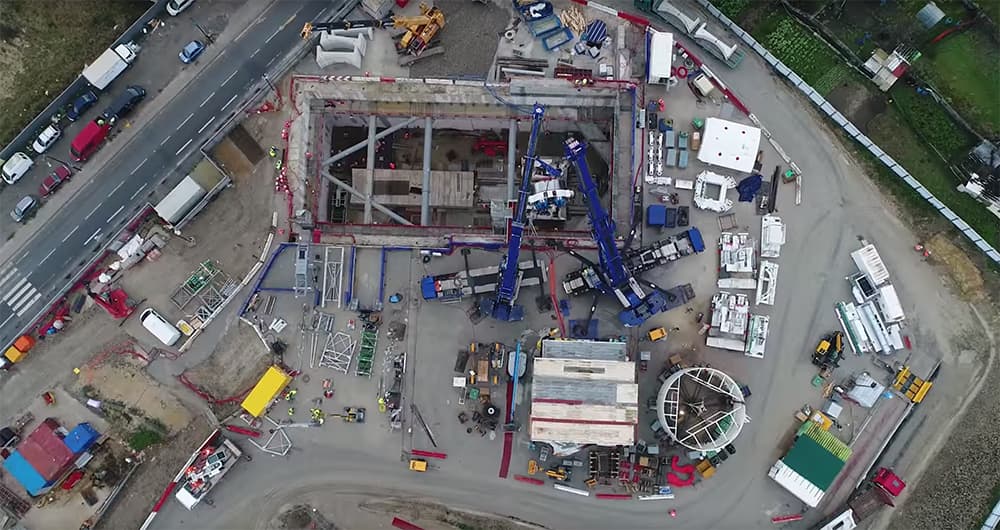 Above: The launch site of the first TBM for the Grand Paris Express (image courtesy of Société du Grand Paris).

As work on the central section of London’s Crossrail Programme comes to an end this year, Grand Paris Express will take over the title of Europe’s largest infrastructure project.

It includes 124 miles (200 kilometres) of new track (90% of which will be underground), 68 stations and four brand new lines, as well as an extension to the existing line 11 of the Paris Metro. 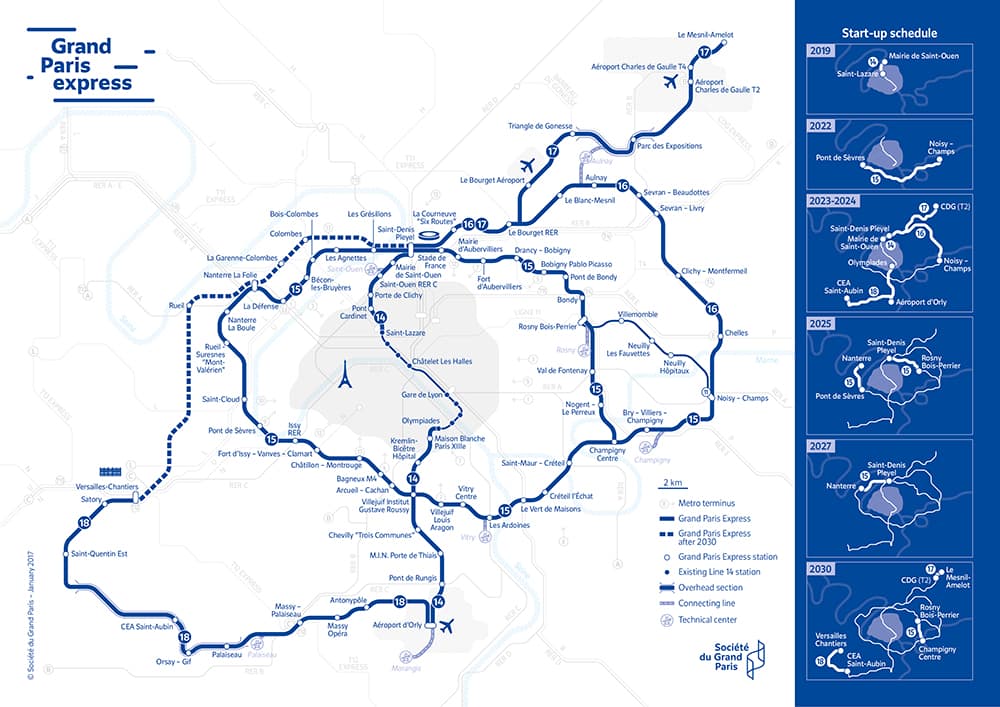 Above: A diagrammatic map showing the extent of the Grand Paris Express project (image courtesy of Société du Grand Paris).

Its operational speed is 39 feet (12 metres) a day and it has been lowered into a shaft in Champigny, east of central Paris.

Above: The TBM has a diameter of 33 feet (10 metres) and was manufactured in Germany (image courtesy of Société du Grand Paris).

Previous proposals for orbital metro lines in Paris date back to the early 1980s, but never came to fruition.

In 2007, studies for “Arc Express” orbital rail were launched by the regional government, and were brought under the Grand Paris Express initiative of the French president Nicolas Sarkozy in 2009. 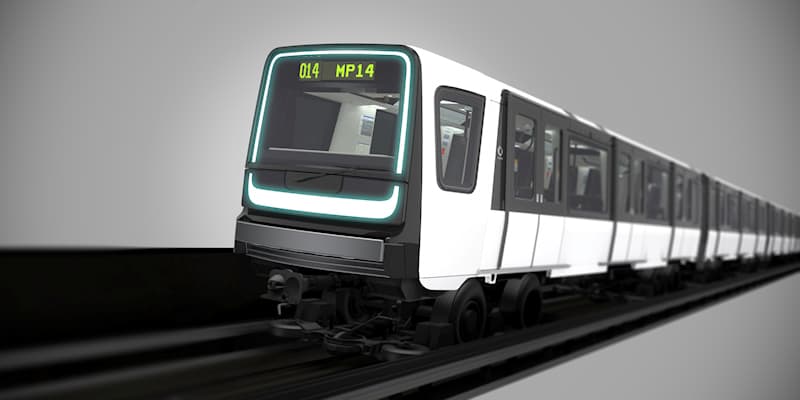 Grand Paris Express will carry two million passengers a day, and the fully-automated trains are to run every 2 to 3 minutes.

The new lines will be constructed and opened to public in stages, between 2022 and 2030. 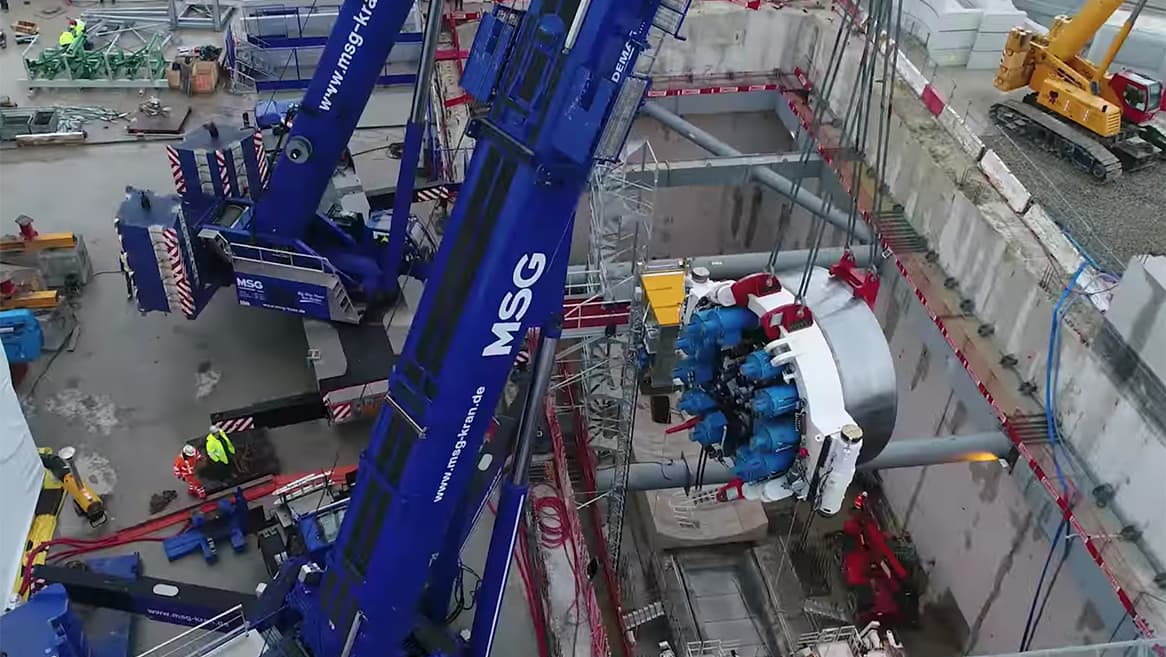 Above: The project will be completed in phases, the one currently under constructions to open in 2022 (image courtesy of Société du Grand Paris).

The cost of the project is estimated to be between USD $32BN and USD $35BN, though there is concern that costs could escalate up to USD $44BN by 2030.