Building the World Beneath Our Feet

FROM subterranean roadways to the network of tubes that make up many of the world’s great mass transit systems and the means by which we move waste away from urban areas, tunnels are among the most critical pieces of infrastructure that keep our cities moving.

However, unlike above-ground infrastructure which becomes a visual part of any city upon its completion, the scale, engineering complexities and methods required to construct and operate our tunnels goes largely unnoticed by the millions of people who use them every day.

From digging in the dark to ensuring safety, minimising disruption and bringing fresh air underground, these are the critical challenges that must be overcome to make our world’s tunnels a reality.

The methods used to build the majority of today’s tunnels mean that, aside from a number of scattered access sites across their routes, the work to form these structures goes largely unnoticed by the population. 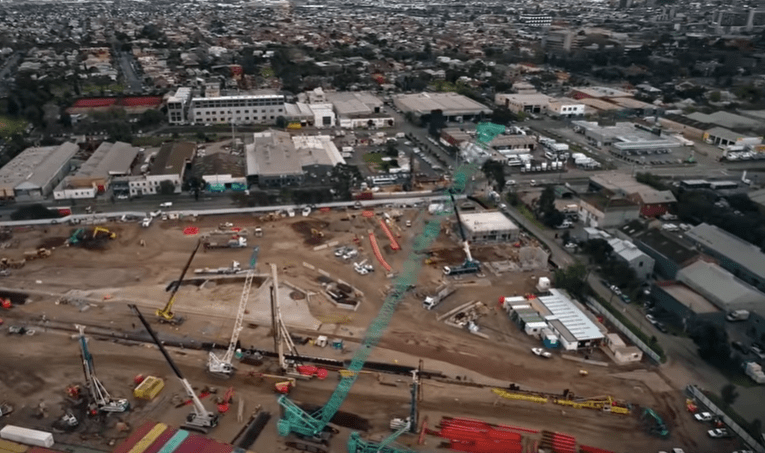 Above: Access sites along the route of a tunnel allow work to be undertaken with minimal public disturbance (image courtesy fo West Gate Tunnel Project).

By contrast, the earliest tunnelling method – known as cut and cover – was one of the most disruptive processes a city had to endure to construct vital below ground infrastructure.

With this method, engineers would first dig a trench then lay bricks to form the tunnel walls before backfilling the excavation and reinstating the surface above.

This approach required large stretches of the streets above to be closed for extended periods, creating congestion. In some instances, properties along the route had to be acquired before works could proceed.

The cut and cover approach was used to construct London’s Metropolitan Line, the world’s first underground railway route. The impact of the works to form this line can still be seen today in the numerous sections of track that have been left exposed where buildings were not reinstated on completion.

Today, Tunnel Boring Machines or "TBMs" are used to construct tunnels in urban areas, eliminating much of the disruption that tunnelling schemes caused in the past.

Operating on the same basic principles as the “tunnelling shield” developed by Sir Marc Isambard Brunel during the construction of the Thames Tunnel in the 19th century, TBMs are able to excavate material and line the tunnels that they form in one a continuous process, increasing efficiency and greatly improving safety.

Due to their size – varying between 150 to 200 metres in length – TBMs need to be delivered to their entry sites in pieces before being lowered into access shafts and assembled.

While variations of TBMs exist for different soil types, the key piece of machinery common to all systems is the forward-facing, rotating head which is lined with a series of blades able to cut through all manner of rock and clay. 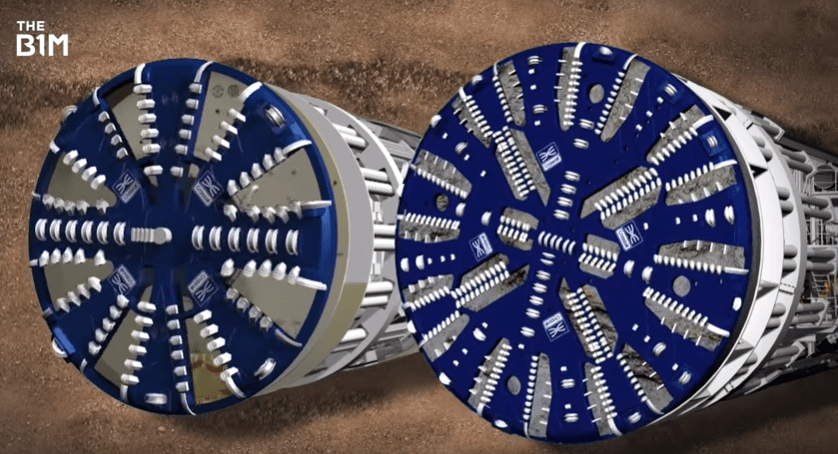 Above: Tunnel Boring Machines (TBMs) are fitted with various rotating cutterheads depending on the type of soil they will be tunnelling through (image courtesy of Crossrail).

Spoil from the excavation is funnelled behind the cutter head and transported back towards the tunnel entrance via conveyor belts.

Much of the spoil from the construction of London’s Crossrail – one of the world’s largest infrastructure projects – has been transported to the Thames estuary and used to create a vast new wetlands sanctuary.

As the TBM moves forward, precast concrete shells are brought in to form the lining of the tunnel behind it, preventing the surrounding earth from collapsing back into the void.

Due to the costs and logistics associated with removing them, many TBMs, like those used to construct the Channel Tunnel, are simply driven off into the earth and left in place once they complete their work, however, in recent times – and with their costs increasing – a number of schemes have removed their boring machines on completion, ready for re-use on future projects.

While the physical construction of tunnels is a considerable engineering feat, the ongoing operation and management of these structures can be just as challenging.

Regardless of their use, monitoring tunnels throughout their lifespan to ensure their ongoing safe operation is paramount.

Ventilation is critical, particularly with road tunnels where high levels of pollutants including carbon monoxide and nitrogen oxide are continually discharged.

Numerous methods are used to improve the quality of air in tunnels. While some systems force clean air through these underground spaces, others focus on the extraction of pollutants through ventilation ducts, which in turn draw fresh air in.

In the documentary, we used SimScale to simulate how such a system works in the Central Artery / Tunnel Project in Boston; a scheme which re-routes the central artery of Interstate 93 through the Thomas P. O'Neill Jr. Tunnel. 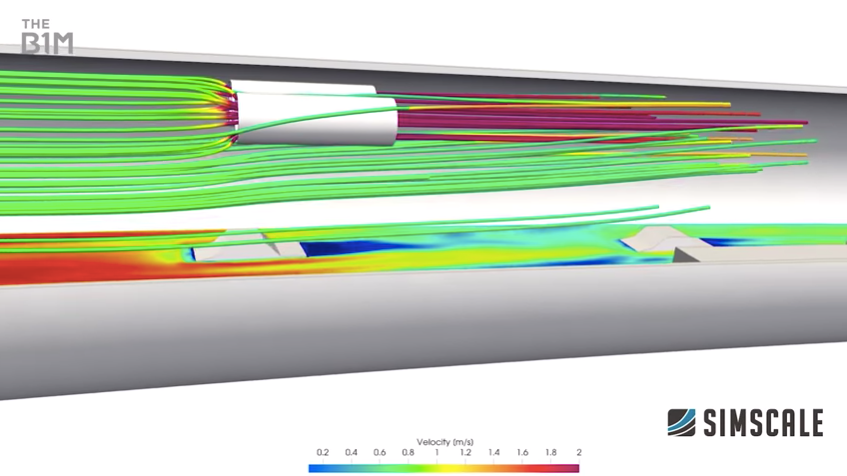 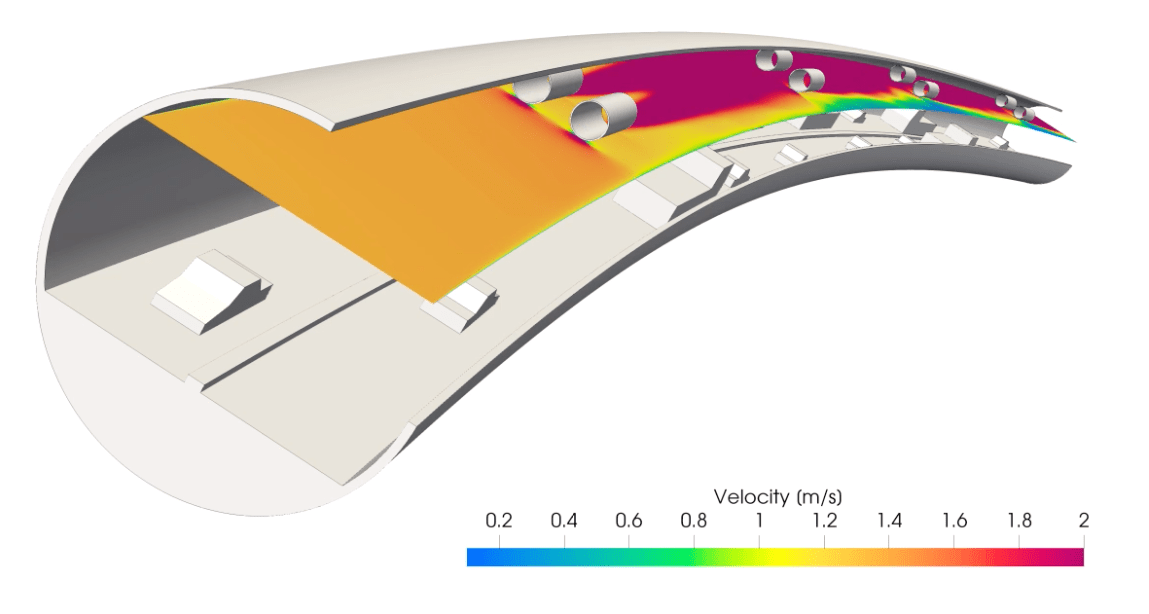 With more than 150,000 users worldwide, SimScale is an easy-to-use cloud-based engineering simulation platform that enables everyone to create powerful, high-fidelity simulations in a web browser.

The platform can be tried for free through the Community account, which gives access to thousands of public simulations to promote knowledge sharing and to crowdsource advice.

The ventilation techniques used in many tunnels work in tandem with fire suppression systems to clear smoke in the event of a fire.

Within road tunnels, extensive traffic management and signalling systems are in place to reduce the risk of accidents between vehicles, which could bring operations to a standstill in a considerably confined space.

For motor vehicles, electronic displays provide up to date information to drivers on which lanes are in use and alerting drivers to obstacles ahead. 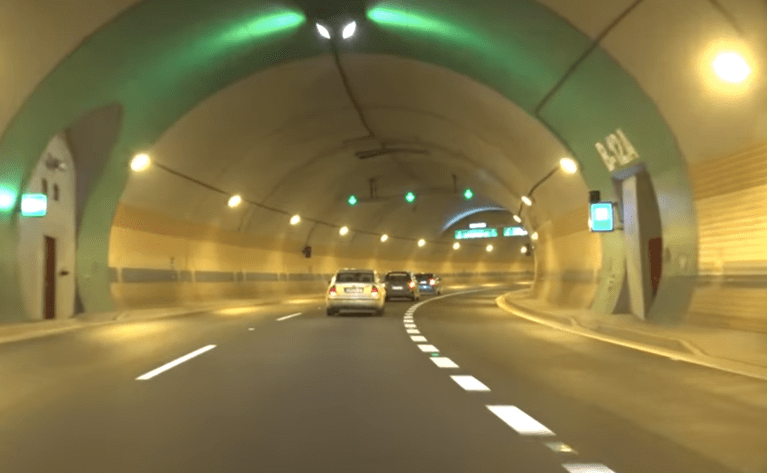 Above: Extensive signage is used within road tunnels to alert drivers to the status to each lane.

It is also typically forbidden to change lanes while travelling through tunnels to minimise the risk of incidents between vehicles.

Many road tunnels also feature traffic control systems outside of their entrances to prevent vehicles sitting stationery in congestion once inside.

In the case of metro tunnels, sensors on trains and signals through the length of a tunnel’s route alert drivers to the status of other trains ahead allowing them to remain at a platform in the event of an incident.

In the unlikely event that these systems are unable to prevent an accident within the tunnel, emergency systems alert drivers and passengers to abandon their vehicles and proceed to the nearest refuge or escape point.

In addition, many modern tunnels are now built-in pairs, with traffic travelling in a single direction to further reduce the risk of a head-on collision. 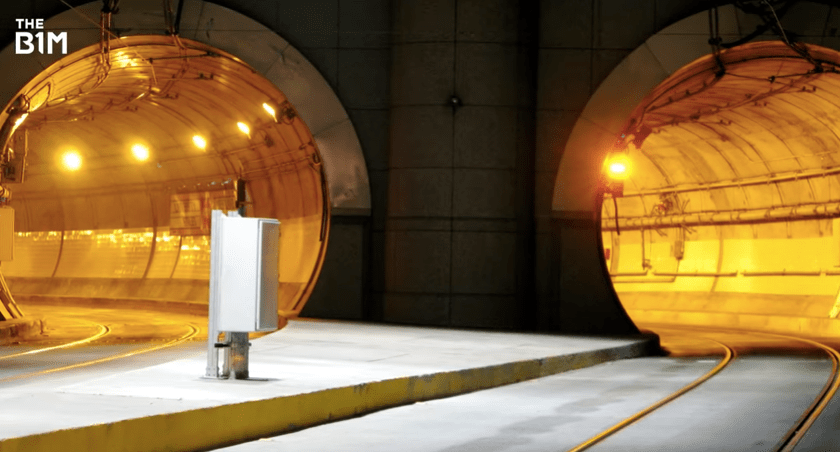 Above: Tunnel pairs not only separated traffic based on direction but allow for to evacuate into the alternate tunnel in the event of an emergency (image courtesy of Oran Viriyincy).

This approach allows passengers to pass through to the safety of the alternate tunnel in the event of an emergency.

Though they often go unnoticed, tunnels are, in fact, the arteries that power our cities. Passing beneath our feet and transporting millions of people every day, these critical pieces of infrastructure are truly in a world of their own.

Read the article "SimScale is Becoming the New Go-To Software in AEC Industry".