IT'S something that hasn't happened in the US for over 30 years – a new nuclear reactor nearing completion. Two of them, in fact.

Yes, the country that has more of these than anywhere else has now, finally, started building them again, and it couldn’t come at a better time. With fossil fuels falling out of favour, nuclear faces a possible comeback.

But the new reactors nearing completion at Plant Vogtle have been a long time in the making. Costs have spiralled sharply and mistakes have been made.

And yet it could still mark the beginning of an American nuclear revival that not too long ago seemed impossible. 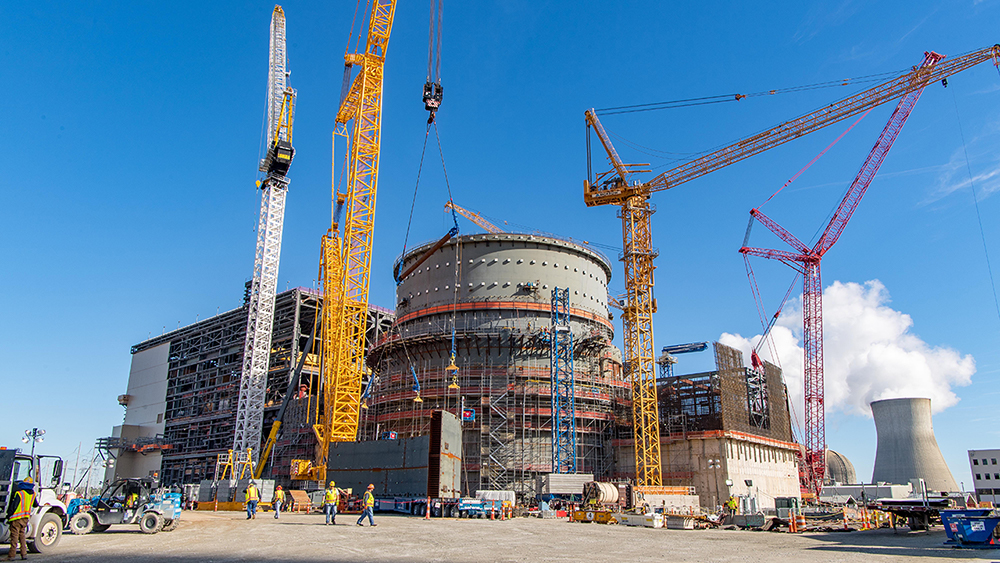 Above: Units 3 and 4 under construction at Plant Vogtle in Georgia. Image courtesy of Georgia Power.

When you think clean energy, you’ll probably imagine wind turbines, solar panels or maybe a hydroelectric dam. But what about nuclear power?

It’s not everyone’s idea of clean. The errors of the past and concerns about waste have made many of us sceptical of these places, and the people operating them.

But this is no joke. When the wind isn’t blowing and the sun isn’t shining we need a reliable source of emission-free energy to fall back on – one that isn’t years away from reality.

“Even gas being on demand has been brought into question with the Texas blackouts of 2021, when we just didn't have the ability to deliver enough natural gas in very cold conditions to keep the whole grid going.”

Now, we’ve been building nuclear reactors since the ‘50s and it all started in the US, where electricity was generated with a nuclear reactor for the first time, in a period when atomic power was still mostly known for weapons.

Today the US has by far the largest nuclear capacity of any country in the world, and yet it hasn’t built any new nuclear plants for decades. There are almost 100 reactors in operation across the country, but they were all made decades ago. 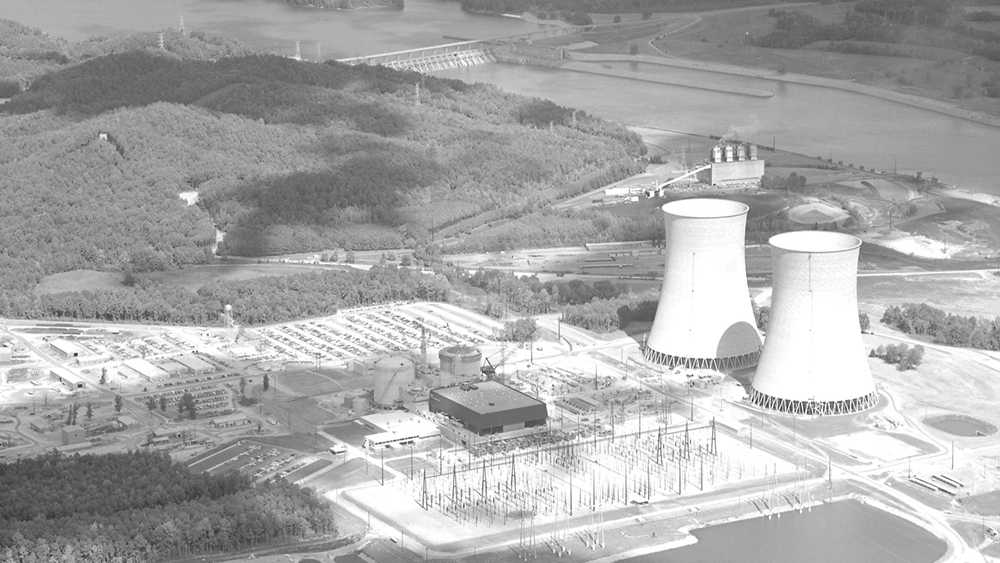 Above: A second reactor at Watts Barr in Tennessee was completed in 2015, but construction started in the 1970s.

Now there are reasons for America’s nuclear decline, and they apply pretty much everywhere. In short, new reactors have become extremely expensive, and they take a long time to complete, which isn’t helpful when experts say we could do with more of them.

There are also a lot more regulatory hurdles and safety procedures to adhere to these days. That’s largely down to what happened at Three Mile Island in ’79, where one reactor in Pennsylvania had a partial meltdown and became one of the worst nuclear accidents in history.

After that nuclear’s popularity began to decline, and plans to build dozens of new reactors across the country were cancelled en masse.

“But in the rich world, we got a little bit complacent, and it meant that if enough people didn't like nuclear, why go through all that effort as a national leader or political party? Why put up with the opposition to nuclear when you could just not build anything or build something more popular like wind or solar?”

It’s not just the US that’s finding it difficult to revive this industry. Hinkley Point C, the only nuclear plant being built in the UK, is at least 18 months behind schedule.

Even in France, a new reactor at Flamanville is expected to cost 300 million euros more than forecasted. 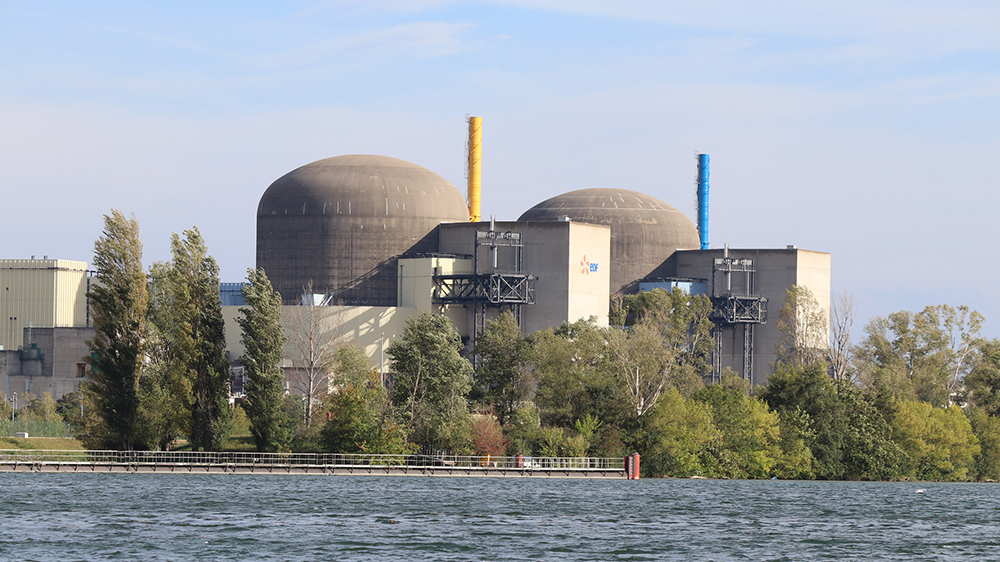 Above: France has a greater share of nuclear power than any other country.

It’s fair to say the US nuclear sector has never fully recovered. The last power plant to begin construction here was back in 1978. Having any new reactors – let alone whole plants – was starting to feel like a thing of the past.

But that’s all about to change. America is finally getting its first new reactors in decades – built on the site of the existing Plant Vogtle in Georgia, which has been home to two since 1989.

Located east of Waynesboro, close to the border with South Carolina, Units 3 and 4 at Vogtle are the only nuclear reactors currently under construction in the whole United States.

Once finished, they’ll provide enough clean energy through nuclear fission to power half a million homes and businesses for 60 to 80 years.

When combined with Units 1 and 2, Vogtle will generate more electricity than any other nuclear facility in the US. The project is being managed by Southern Nuclear and Georgia Power, with Bechtel handling the construction.

As you can imagine, building a nuclear reactor involves bringing together a lot of components – some of them small and others very large indeed.

By far the biggest piece on each unit is the CA20 module. Five storeys high and weighing almost 1,000 tonnes, they store used fuel, exchange heat and collect waste.

Wall and floor sections were prefabricated on site, and putting the modules in place required the heaviest lifts on the whole project – using one of the largest cranes in the world.

Installing the two steam generators needed for each reactor was another complex task. They’re 25 metres long and also had to be craned into place. 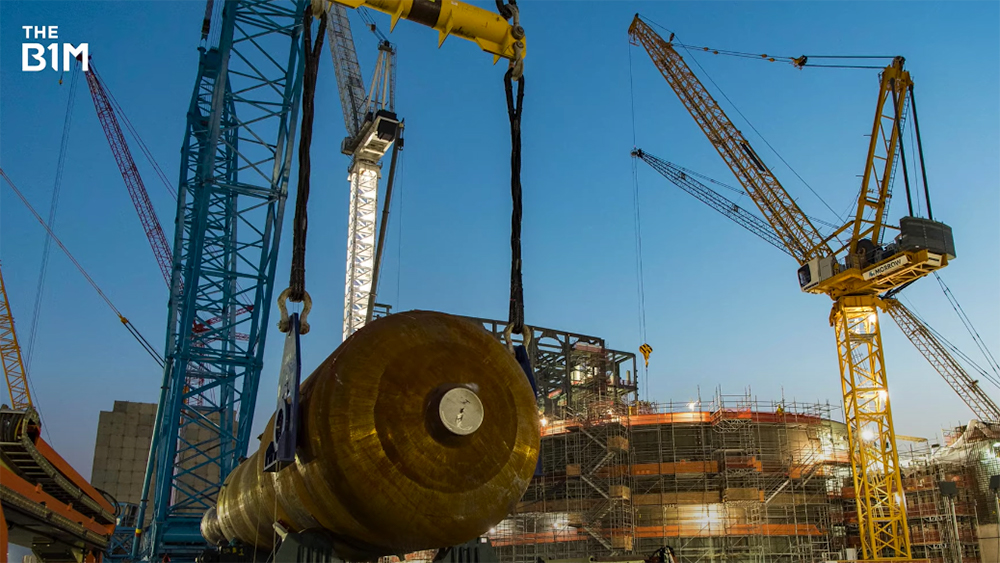 Above: The generators were assembled in South Korea and had to be transported from the coast to the site by train. Image courtesy of Georgia Power.

Now we’re in 2022 and the work is only just wrapping up and as for that price tag? Well, it’s looking closer to $30BN.

That makes it a contender for the most expensive nuclear power project ever, and it’s not even an entire plant – just an extension, albeit a big one.

To be fair, a large public infrastructure project going over budget is not exactly unusual. It’s normal for the final cost to be somewhat higher than the original estimate, especially when the project has been running for years or even decades.

But now it’s costing more than double what it was supposed to, you can see why some people are a bit annoyed.

As for the delays, well a lot of it comes down to the way it’s been managed. The company that makes the reactors – and that was previously the main contractor – has had a part to play.

Vogtle 3 and 4 are the first AP1000 units from the Westinghouse Electric Company to be built in the US. However, in 2017 the company filed for bankruptcy due to heavy losses from Vogtle and the V.C. Summer plant in South Carolina, where it was supplying a further two reactors.

Although work on Vogtle 3 and 4 was able to continue during this period, a new contractor – Bechtel – had to be appointed for the rest of the build.

"We forgot how to build,” Nelson said. “Now, the theory was that because several AP1000s were in construction in other countries, we could learn from those countries and learn how to construct it ourselves." 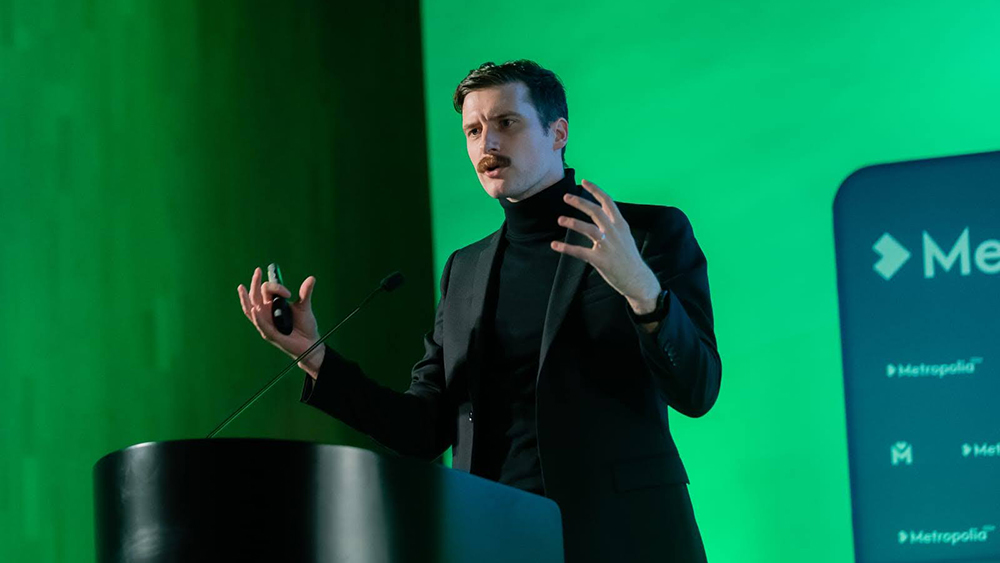 Above: Mark Nelson, a nuclear engineer and managing director of Radiant Energy Fund.

Construction productivity was another challenge that led to delays at Vogtle, along with the significant amount of remediation that’s had to be done. By that we mean having to redo certain jobs, and on a nuclear reactor that can be somewhat time-consuming.

According to one report, almost 100 miles of cable – around 8% of the total used – had to be recut or replaced.

Another revealed how on one part of the project, an inspection to check bolts were tightened to a specific degree didn’t happen. That meant they all had to be loosened and retightened correctly before the inspection record could be signed off.

Then in December 2021 it emerged that tens of thousands of these records had not been completed, creating a massive backlog. The tasks had been carried out, but not the paperwork.

Today though, with these problems now sorted, the mood is a lot more positive, and the end is finally in sight. Construction of Unit 3 is now officially complete and in August 2022, Unit 4 was at 96%.

This gave the plant clearance to start loading fuel and begin the start-up sequence for the reactor, with commercial operation now expected in the first quarter of 2023. The plan is to have Unit 4 running by December that year. 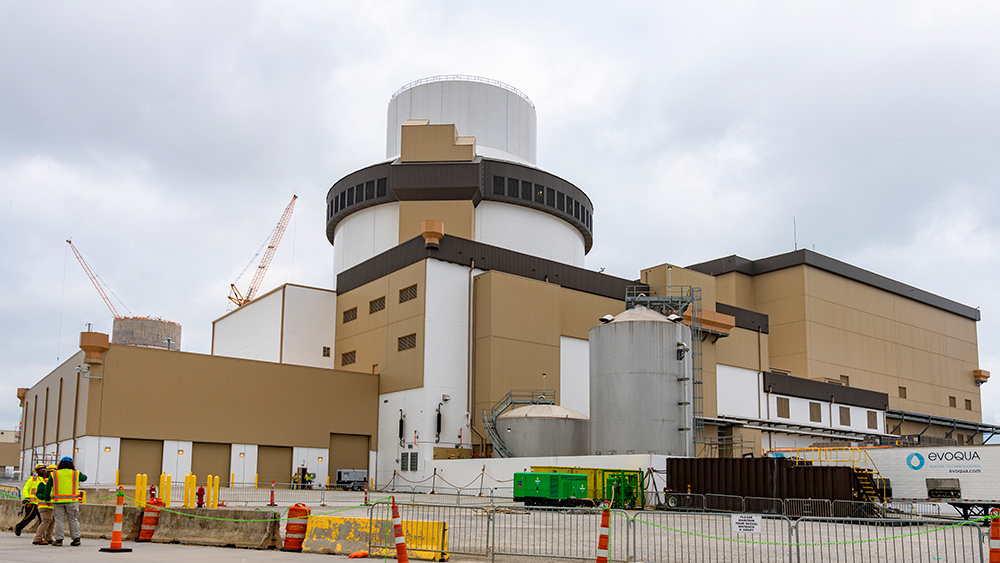 It may have taken much longer and cost far more than expected, but the conclusion of this project will be a big moment not just for the people of Georgia but the entire US.

While there’s no sign yet of a mad rush to build more of these things, more will surely follow, and several are already planned or proposed. But they’re yet to begin construction.

Once Vogtle crosses the finish line and lessons have been learned, it could help kick these other schemes into gear.

“If Vogtle is being finished in a time when the alternatives to Vogtle are extremely expensive or only a partial substitute for what nuclear power would be, the conditions are right to move on and start other large-scale nuclear plants or to start on some new designs that people have been proposing for building around the US,” Nelson said.

We now have proof the US remains serious about this important – and still quite divisive – form of energy thanks to the hard work that’s been carried out here.

It’s a project that proves nuclear power has a future in America, but to what extent we’ll just have to wait and see.