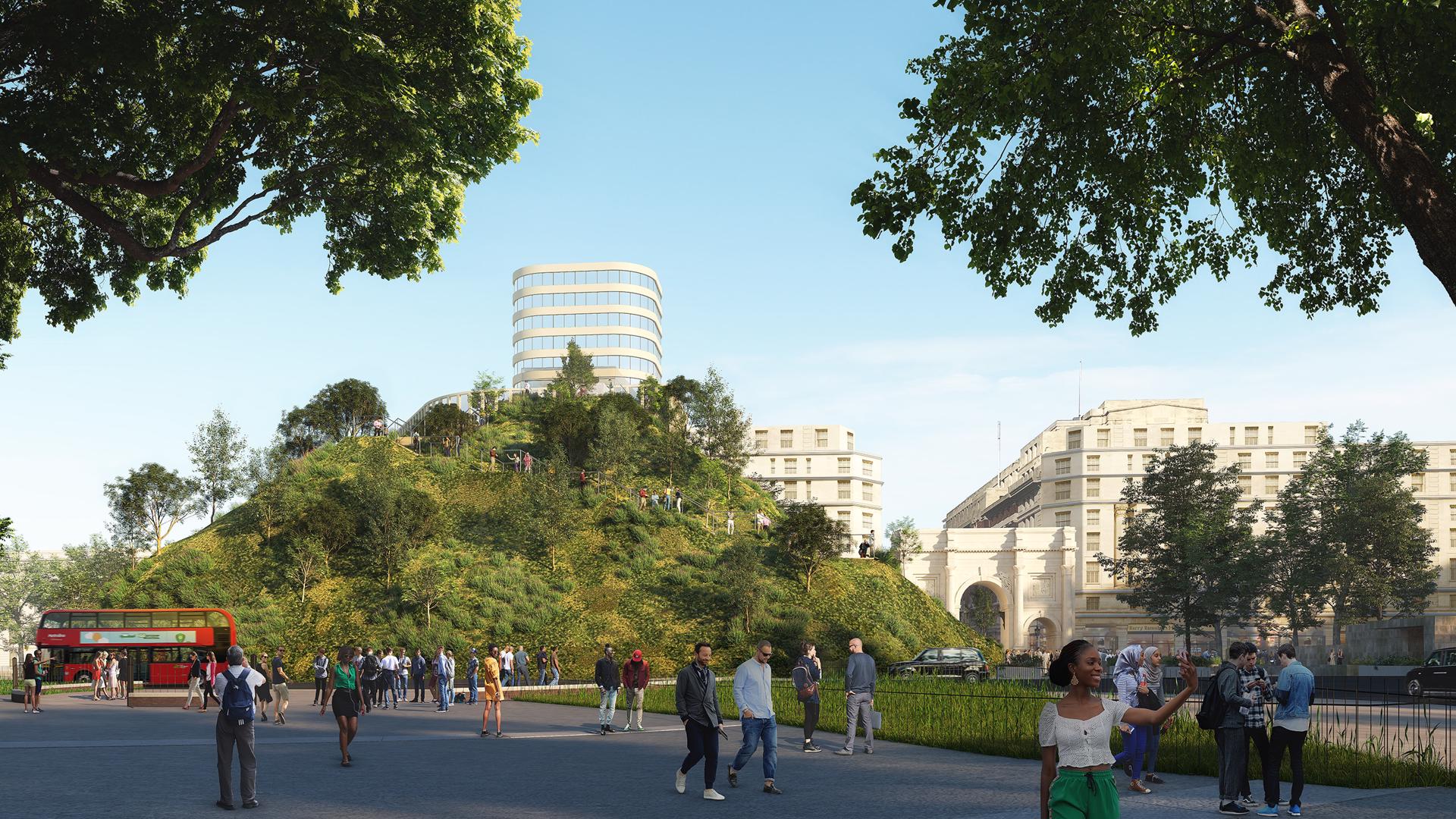 The £6M mound “left to rot in the middle of London”

LONDON is no stranger to white elephants — this is the city that built a giant glass walkie talkie that melted a car, after all — but the ill-fated Marble Arch Mound has attracted public ridicule in a way not seen in some time.

Intended to bring much-needed foot traffic back to London’s Oxford Street following the losses caused by the pandemic, Westminster City council envisioned a temporary structure similar to The Stairs to Kriterion, which celebrated the 75th anniversary of the rebuilding of Rotterdam.

But while Rotterdam’s stairs captured the public’s imagination, allowing them to view their home from a fresh and poignant perspective, the Marble Arch Mound … did not.

Initial renderings of the project from architecture studio MVRDV were promising enough, featuring a staircase extending up and over Marble Arch, continuing the greenery of Hyde Park into the sky and offering the tantalising prospect of a reconnection with nature.

The end result more closely resembled a giant pile of dirt that, in MVRDV’s own words, “had been left to rot in the middle of London”.

As piles of dirt go, this one was pretty pricey: the initial budget of £1.25M had somehow ballooned to £6M. Jauntily festooned by wilted trees and weeds, tickets to the Mound initially cost £8 per person. Upon traversing the structure, visitors would find themselves on a viewing platform which somehow failed to even clear the surrounding buildings.

The project, of course, became a national joke, prompting an official investigation and even the resignation of a local politician. But what actually happened? 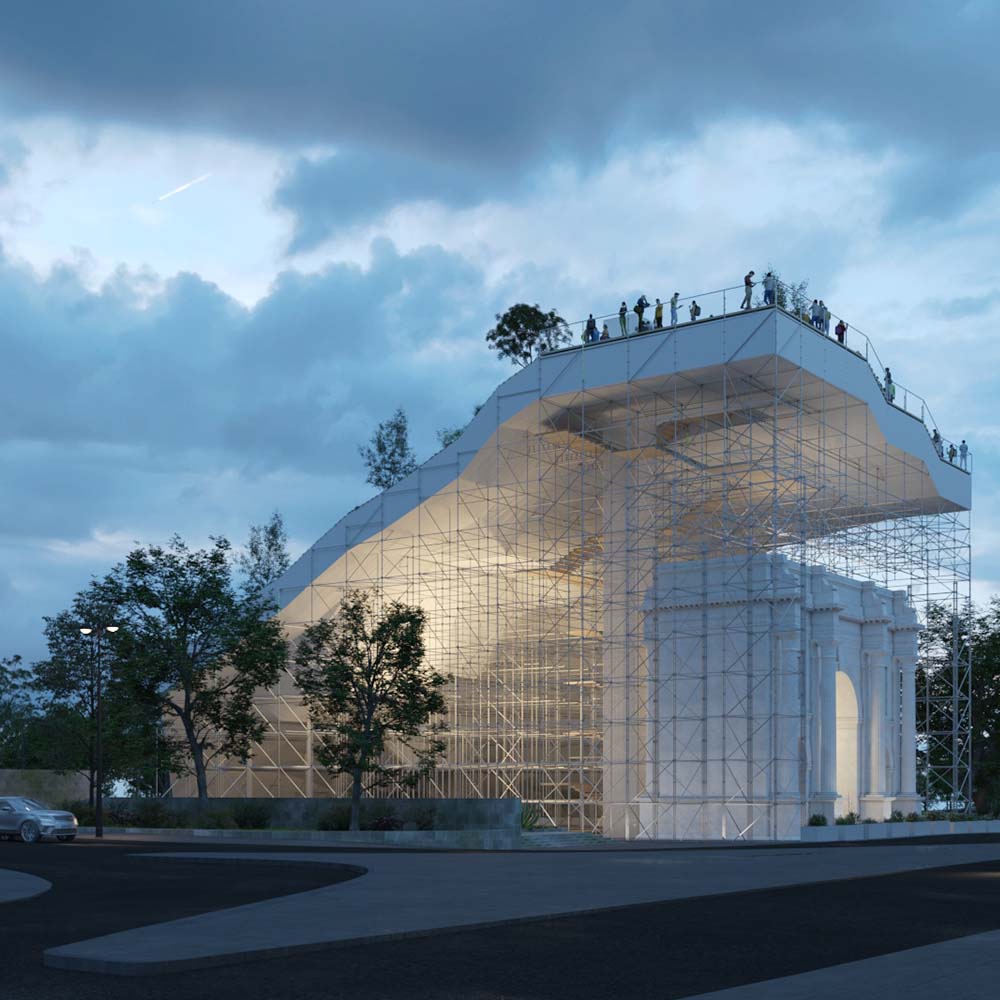 Above: The original design had the installation extend over Marble Arch. Image courtesy of MVRDV. Below: The end result was far steeper with less trees, making the entire project appear unfinished. 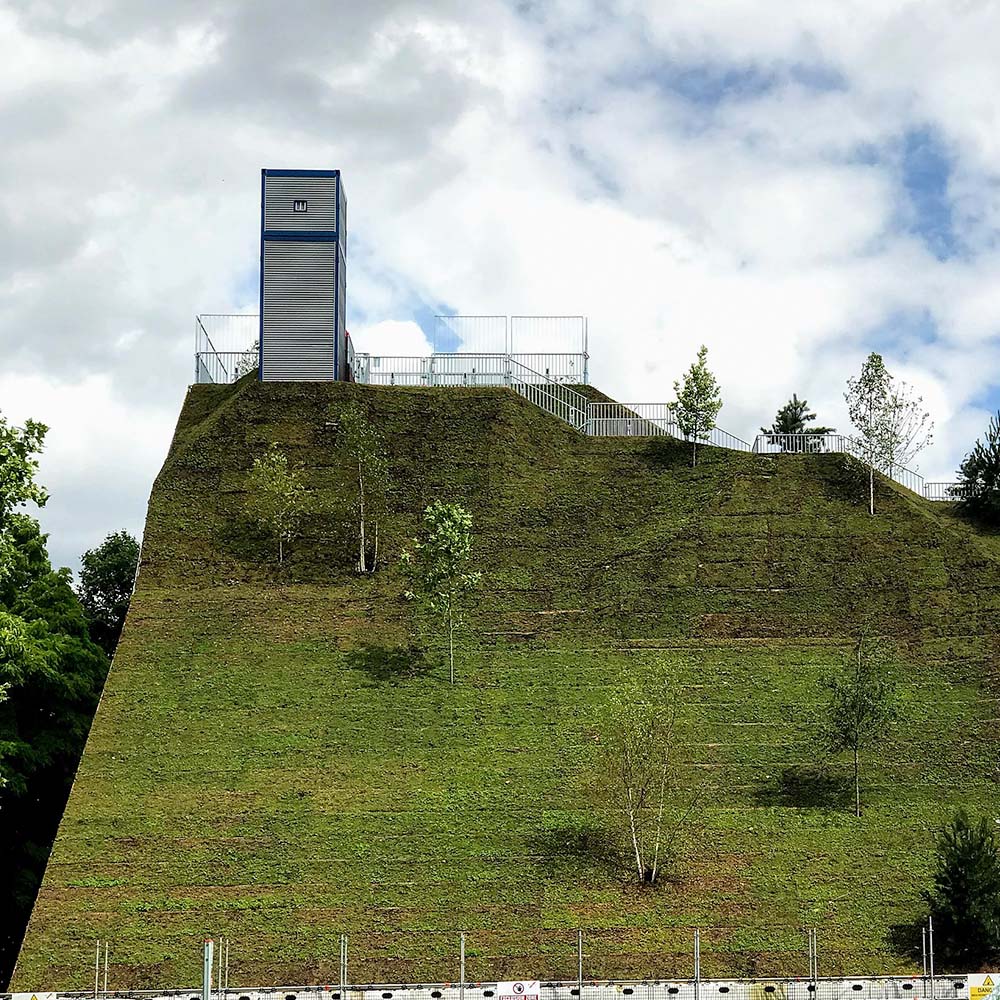 What went wrong with the Marble Arch Mound?

Until now, MVRDV had remained silent on the whole debacle. But after the release of Westminster City Council’s internal review, which barely mentions the architects, the firm has finally spoken out.

Its assessment of the situation is somehow even more scathing than the public’s. “We have rarely seen such a loveless execution of our designs” is a particular highlight, and it sets the tone for a guns-blazing takedown of the execution of their design.

That execution was not helped by English Heritage and Historic England, who apparently decided that it would be inappropriate for the installation to sit directly above Marble Arch. This decision forced the council to relocate the project to a smaller plot of land directly adjacent to the monument.

The smaller plot meant a steeper hill and a lower peak as well as a change in what could actually be planted on the mound. MVRDV said it was given less than a week to redesign the installation, which was then handed off to a construction company MVRDV claims subsequently excluded the studio from the process.

To make matters worse, the mound was opened prematurely, the maintenance of the plants forgotten.

“What should have been a celebration of London became a loveless installation that, with a few nice green plants here and there, provides a glimpse of what might have been,” MVRDV continued. “In our thirty years of practice, MVRDV has never before experienced such nonchalance and laxity with our design work.”

The studio is resolutely standing by its original design and its philosophy of greening cities. But that is, of course, what you'd expect from anyone inextricably associated with an architectural project turned farce. MVRDV's name is on the Marble Arch Mound, everyone is laughing at it, and their review was always going to do its best to disassociate the studio from the £6M comedy that ensued.

The Marble Arch Mound was certainly a failure of execution, but one has to wonder whether accepting such bizarre project ‘management‘ displays particularly robust judgement on MVRDV’s part (as the practice itself notes in its post).

If nothing else, this a timely reminder that, as Carl von Clausewitz famously never said, “No rendering survives first contact with the enemy.” There are many hurdles between intent and final product, and it seems as though the Marble Arch Mound managed to trip over every single one.

The Marble Arch Mound is now being taken down.