The new power plant, in Plaisance-de-Touch, uses the roof of a local shopping mall and creates a new area of covered parking. 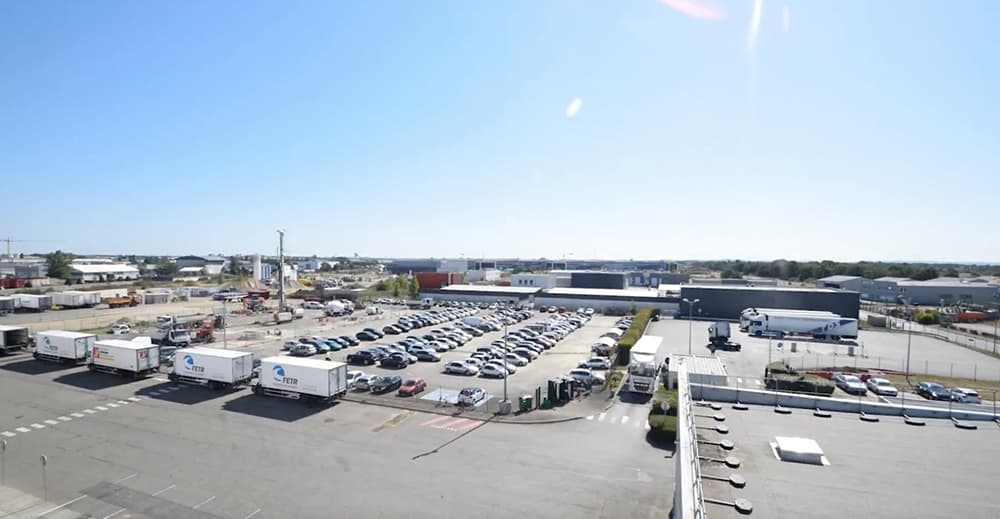 Above: Suburban malls and industrial parks feature large areas of hard surfaces, which are not used very efficiently. Below: With little effort, the use of this land can be intensified and made more productive (images courtesy of GreenYellow).

The strategy of installing photo volatic cells onto or over existing structures has been the cornerstone of GreenYellow since its inception in 2007, when it was founded as a subsidiary of the French retail giant Groupe Casino.

This project utilises the roof of a local commercial building and the adjoining car park, covering them in 25,000 photo voltaic panels totaling 413,300 square feet (38,400 square metres).

Above: Roofs of existing industrial and logistics halls can also be retrofitted with PV panels (image courtesy of GreenYellow). 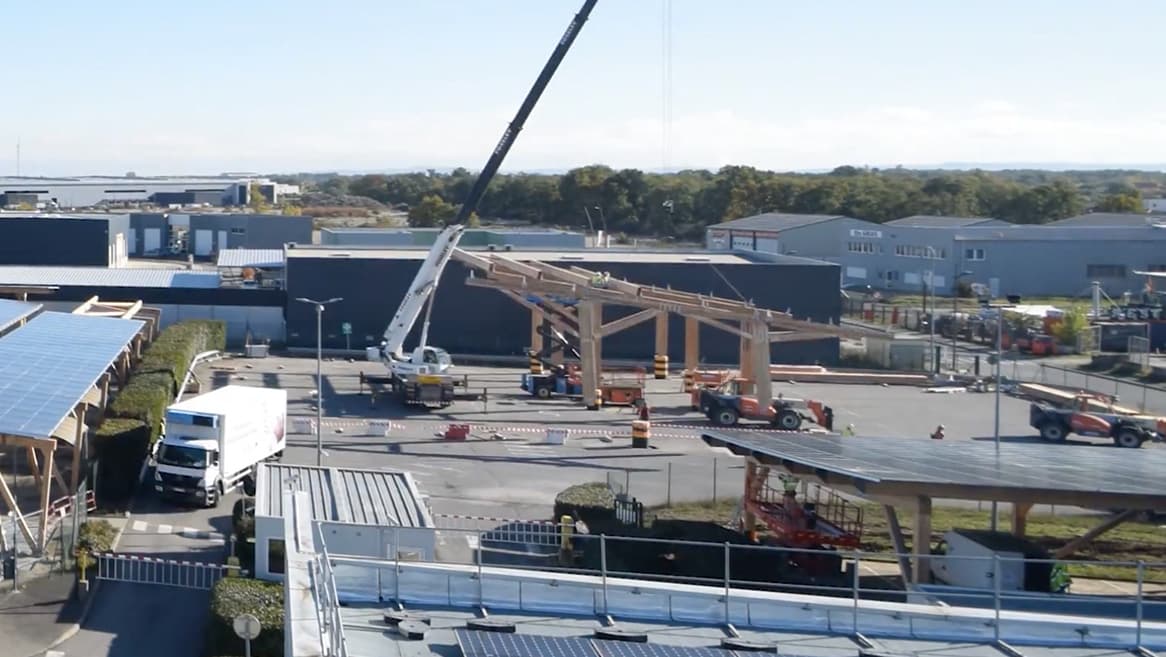 Above: The supporting structure was made out of sustainable and carbon-negative glulam (image courtesy of GreenYellow).

By using existing structures, the approach maximises land efficiency while creating a more comfortable environment for drivers through covered parking. Timber columns and beams were used in the superstructure, further adding to the sustainability of of the design. 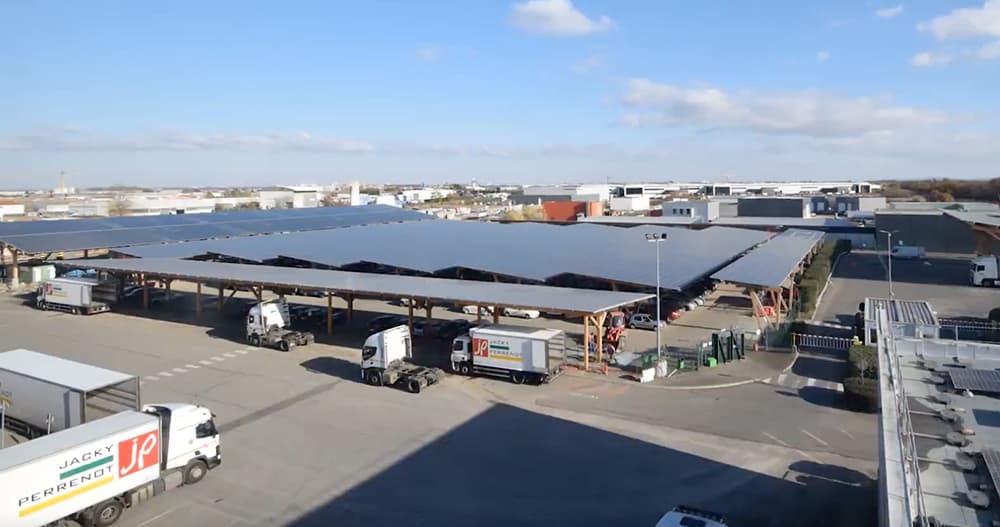 Above: The PV panel-retrofitted car park can provide electricity to 5,600 households, as well as creating covered parking spaces ( image courtesy of GreenYellow).

Though retrofitting suburban car parks in this way is only a small step towards creating sustainable cities, at least until cars overwhelmingly move away from fossil fuels, it offers an environmentally conscious alternative to outdoor parking.