THIS time-lapse video has captured a remarkable achievement: 1,500 workers completing a track upgrade of the Longyan railway station in southeast China in under 9 hours!

Works began at 18:30 local time on Friday 19 January and were completed by 3:30 in the morning the following day. 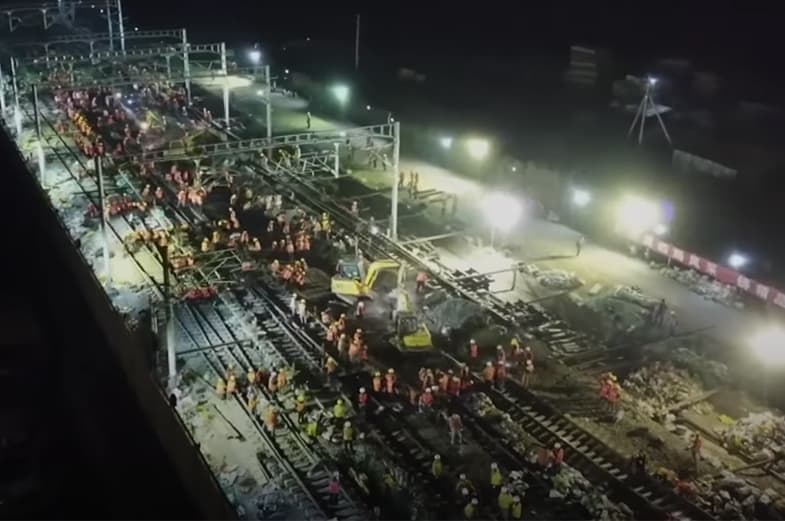 Above: The track upgrade at Longyan station was completed in under 9 hours (image courtesy of South China Morning Post/Pear Video) 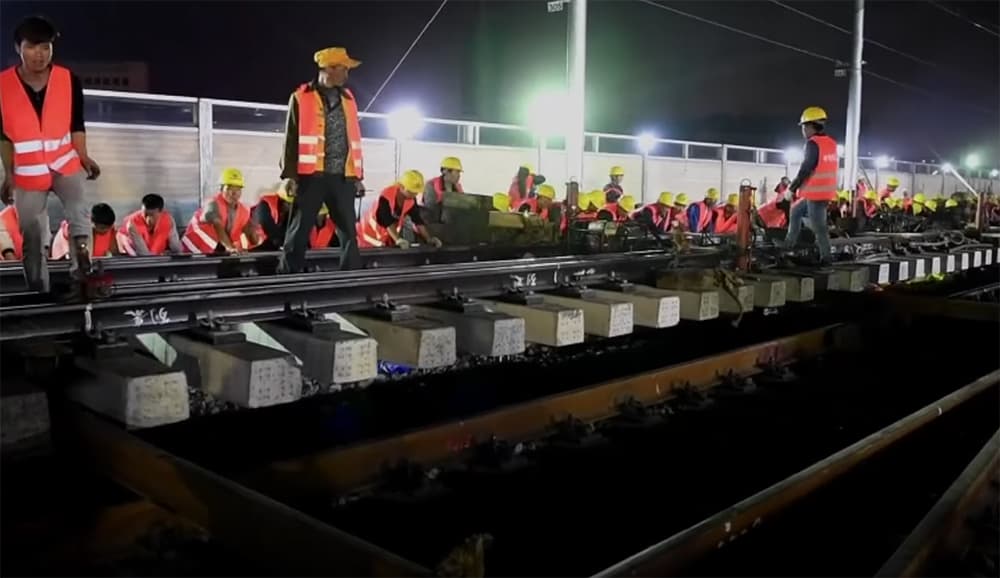 Above: Workers were divided into teams and aided by machinery to achieve this spectacular result (image courtesy of South China Morning Post/Pear Video).

Longyan station was upgraded as it is set to form a crucial regional junction between a new 153 mile (247 kilometre) long high-speed line. The new route will connect central and southeastern China, and three other existing rail lines.

The project will cut the travel time between Longyan and Nanping, another regional city, from seven hours to just 90 minutes. 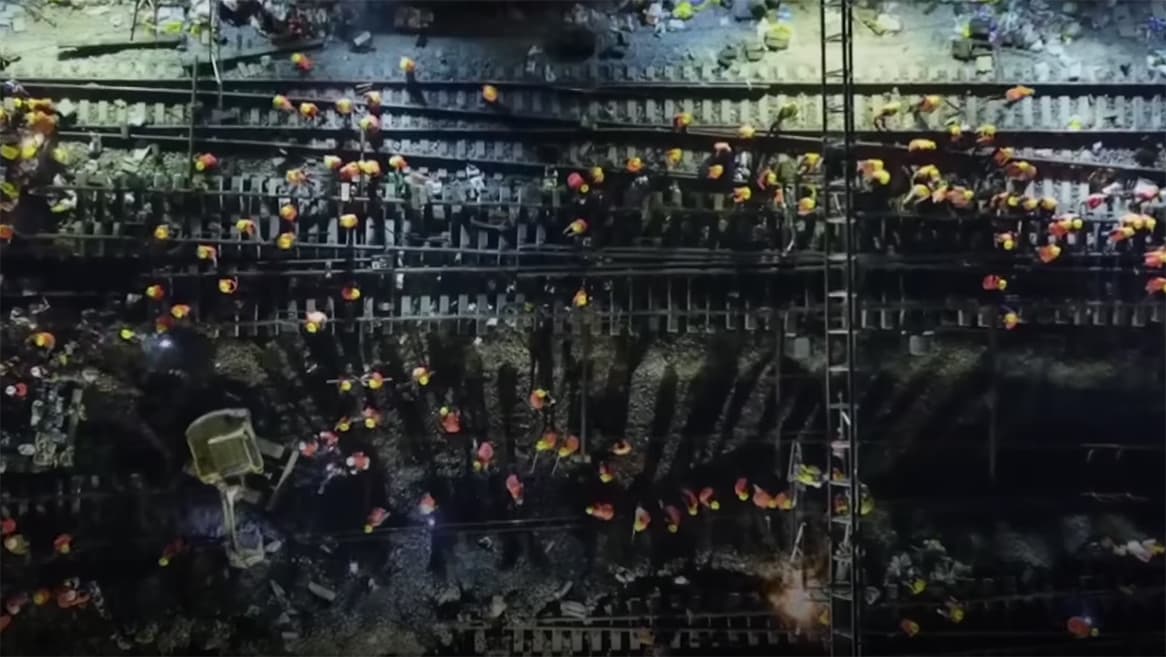 The line is designed to carry trains travelling at up to 124 miles (200 kilometers) per hour and is set to be fully operational by the end of 2018.