IF you have ever wondered about the sheer scale of building a holiday resort, complete with enchanted castle, then you’re in for a treat.

Entertainment multimedia source Inside The Magic have released time-lapse and drone footage of the construction of Shanghai’s Disneyland theme park, located in the Pudong district of China’s most populous city. The destination is now open to the public (since 16 June 2016) and the footage captured in the video ranges from 2013 when the work on the castle began, up until 2015.

No Disneyland resort would be complete with an enchanted castle at its centre, which is what the informative video primarily focuses on. The castle is a construction behemoth, although not quite yet fit for fictional cartoon royalty in the state that we see it in. Rapunzel’s hair draping from the walls has been switched out for cranes and scaffolding – not quite fit for a princess at the time of filming. 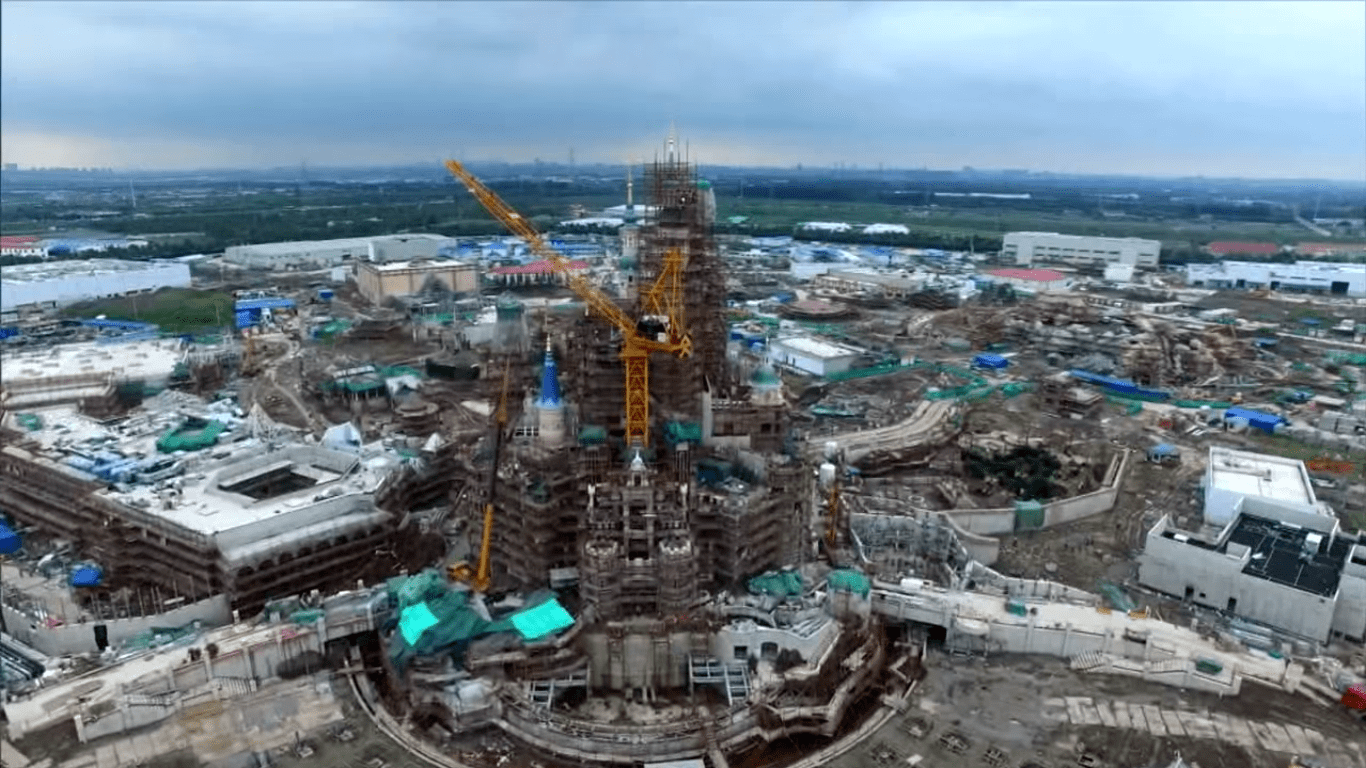 Above: The footage includes a fly-over of Shanghai Disneyland's centre-piece (image courtesy of Inside The Magic).

The bare core of the building is a sight to behold; if you thought the castles were simply hollow shells, you’re wrong! The classic Disney symbol features a “Once Upon a Time” walk-through exhibit focused on the Disney princesses and a “Voyage to the Crystal Grotto” boat ride.

The footage then switches to artists’ impression material and drone visuals of the rest of the park’s grounds, which total an impressive 963 acres. Hotel artwork juxtaposes with real-life footage of Treasure Cove ships waiting for its horde of budding new pirates.

Another focal point within the video is “Tomorrowland”, the futuristic sector of the park featuring Toy Story and Tron related fun. 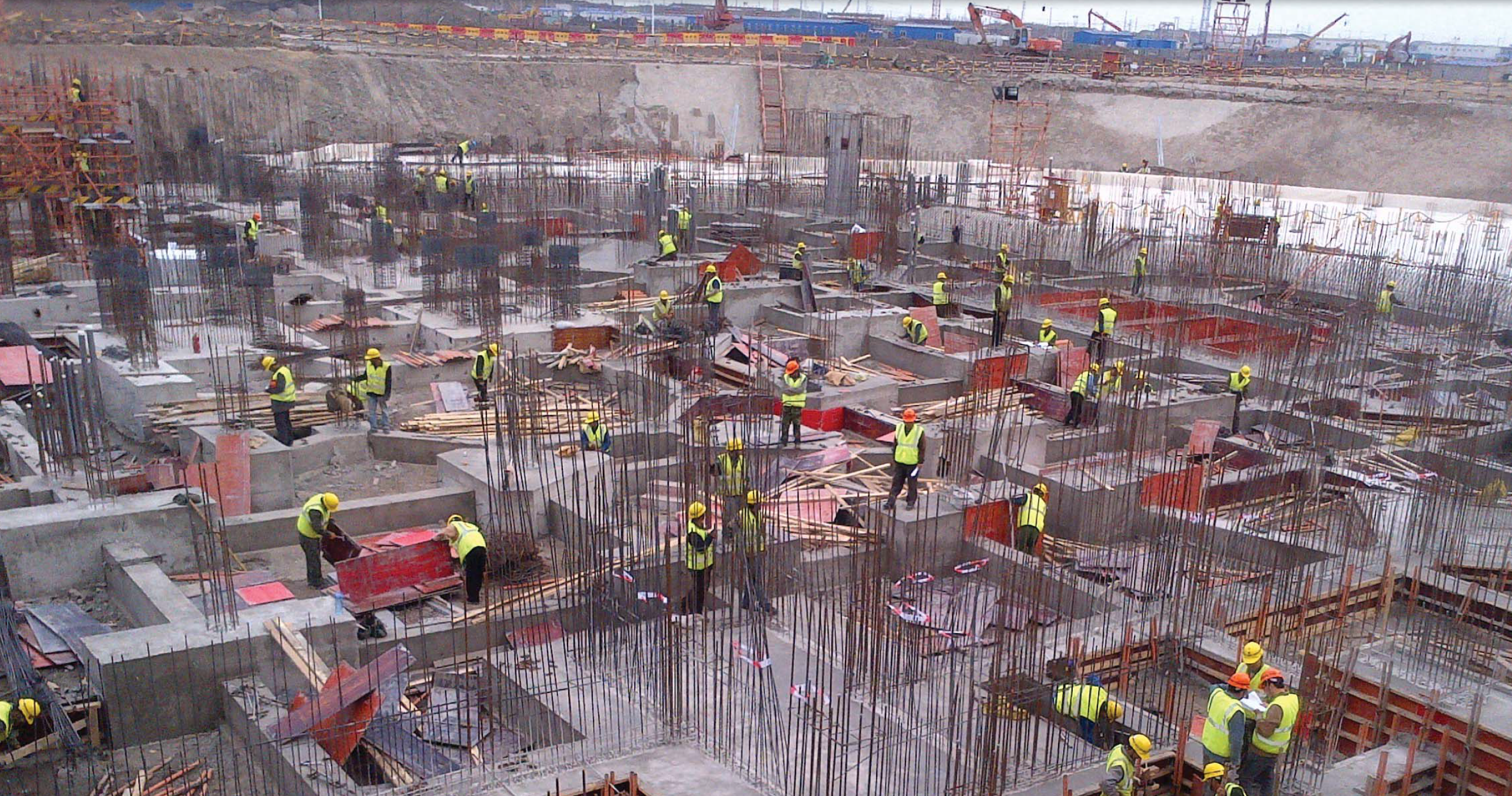 Above: Construction of the castle foundations at Shanghai Disneyland (image courtesy of Walt Disney Imagineering).

So who is behind this mega-project for Disney? The entertainment juggernaut partnered with Shanghai Shendi Group, which is controlled by the Chinese state – China’s Government holding a 57% stake of the grounds.

AECOM delivered much of the construction work, a project they described as something that raised “the standard in terms of service quality, technology and consumer experience”. All in all, the 389 hectare site cost USD $5.5BN to develop; not surprising considering this incarnation has the “tallest, largest and most interactive castle”. Sleeping Beauty would be proud.

The portmanteau of western entertainment and Chinese culture also features an 11-acre “Gardens of Imagination” area which sees 12 Disney characters represent the animals of the Chinese Zodiac, together with another Shanghai-exclusive feature called “Mickey Avenue”.

So was building information modelling (BIM) utilised to deliver the project? It certainly was! BIM was at the heart of the Storybook Castle’s formation, in addition to smaller features such as the Steamboat Willie water fountain at the entrance of the park. A significant amount of information has been disclosed about BIM use on the castle in particular – some 142 “Imagineers” (Disney’s term for architects and engineers working for its Walt Disney Imagineering division) and sub-contractors perfected the building virtually in the cloud before progressing with the development on site. (Inside The Magic looked more in-depth at BIM usage here). 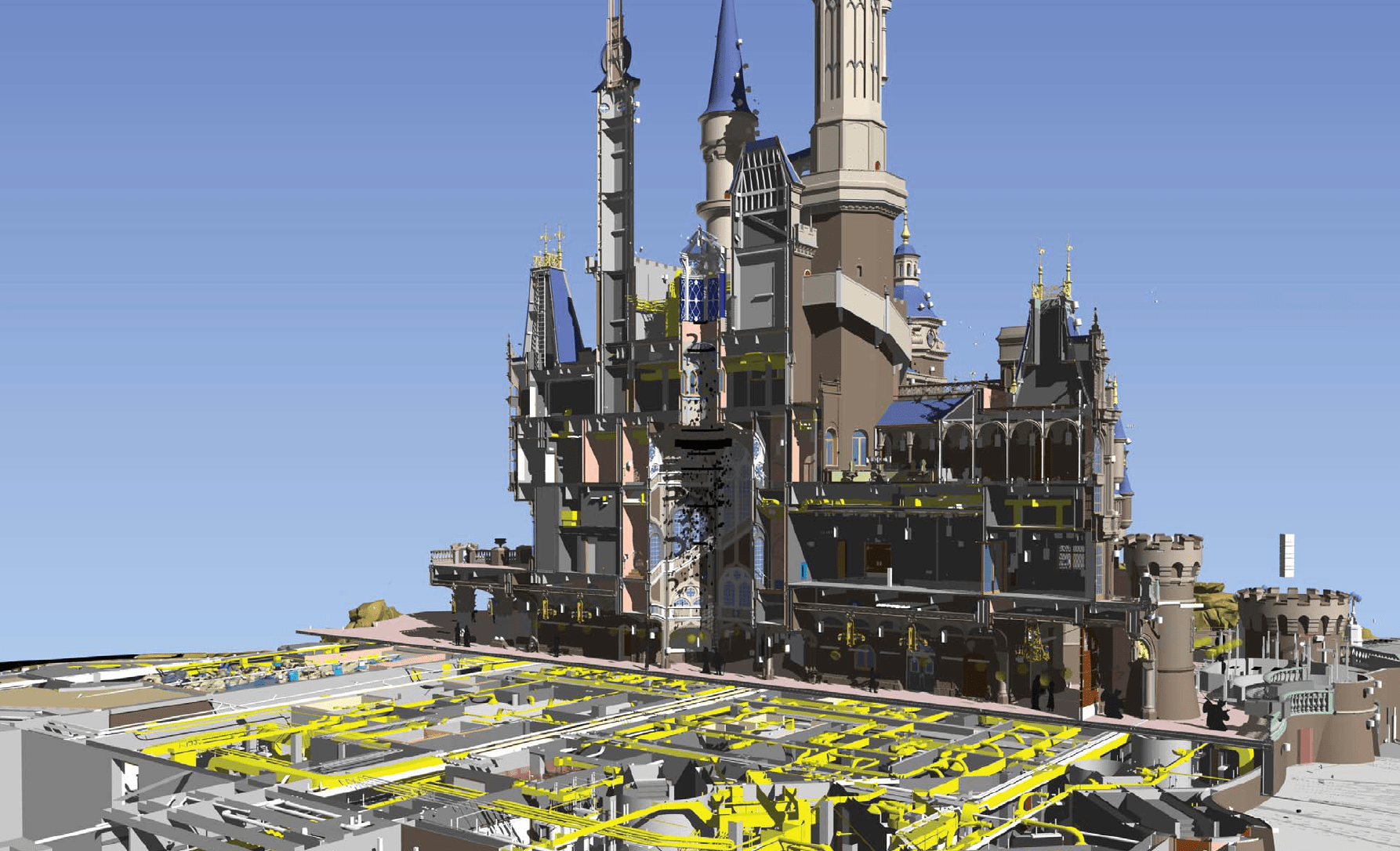 Above: A view of the castle's graphical information model. Much of Shanghai Disneyland was developed in a BIM environment (image courtesy of Walt Disney Imagineering, Gehry Technologies and AIA). 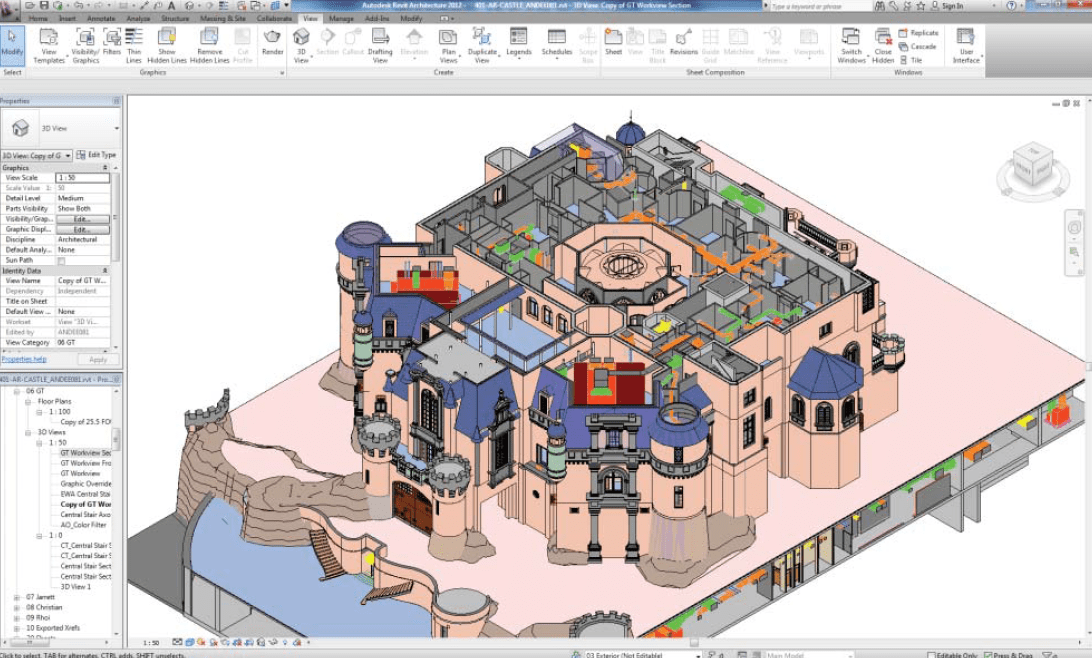 Above: A view of the castle's graphical information model in Autodesk Revit (image courtesy of Walt Disney Imagineering, Gehry Technologies and AIA).

Now open to the public, it is safe to say that Disneyland Shanghai is a marvel of architecture, engineering and construction that amalgamates fantasy and reality in a space you could get lost in for days. With 330 million people living within three hours of the resort, we imagine there will be many happy children (and adults) experiencing a slice of Disney magic.

What Will 5D BIM Mean For Cost Managers?