Back of the Net: Tottenham’s New Stadium

TIMES are pretty exciting for fans of UK Premiership football team Tottenham Hotspur. Not only are the Lilywhites in Champion’s League contention territory at the near-top of the division, but they also have a majestic new stadium on the way.

Many stadium upgrade or replacement projects see work undertaken on new sites in a completely different location to the existing facilities, or the existing complex is first demolished, ready for new life to rise from the rubble.

White Hart Lane’s story is a little different though. While life continues as normal and Spurs continue to deliver their winning ways, their new stadium is partly being built around all of the goal scoring action. 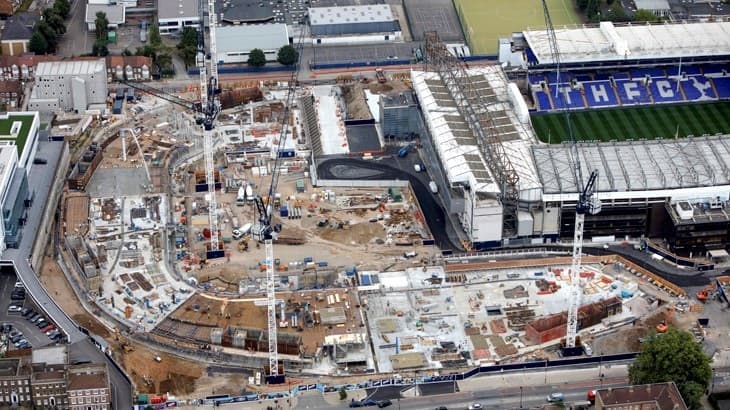 Above: Work on the new arena has already begun, and the scale to the existing White Hart Lane can be seen (image courtesy of TottenhamHotspur.com)

Currently named the “Northumberland Development Project” (NDP), the new 61,000-seater stadium is not the only new building set to improve the Tottenham area. In addition to the arena – that the likes of Uber and Qatar Airways could be securing naming rights for – the wider project includes a 180-room hotel, community health centre, 579 homes, extreme sports venue, and a museum/club shop. Considering Tottenham’s new home was nearly the Olympic Stadium (which in the end became base for West Ham United), this is an exciting new chapter that almost never happened.

"Several 21 metre columns each weighing 10 tonnes will part comprise the West Stand Entrance, while the single-tier home stand will be surrounded by an arching glass façade"

Three phases are projected within the NDP’s timeline, the first of which is already underway. The erection of the new West and North stands form part of this initial impact of work, with half of the east stand also due by the middle of 2017. While the new stadium will be built in the very same spot as Spurs’ current home, due to the planned name change, the current season at White Hart Lane is sadly the last, bringing a 119-year history to an end. While the rest of the works are completed, Spurs fans will be travelling across town to Wembley Stadium for home games; a venue normally reserved for huge tournament final matches and music performances. 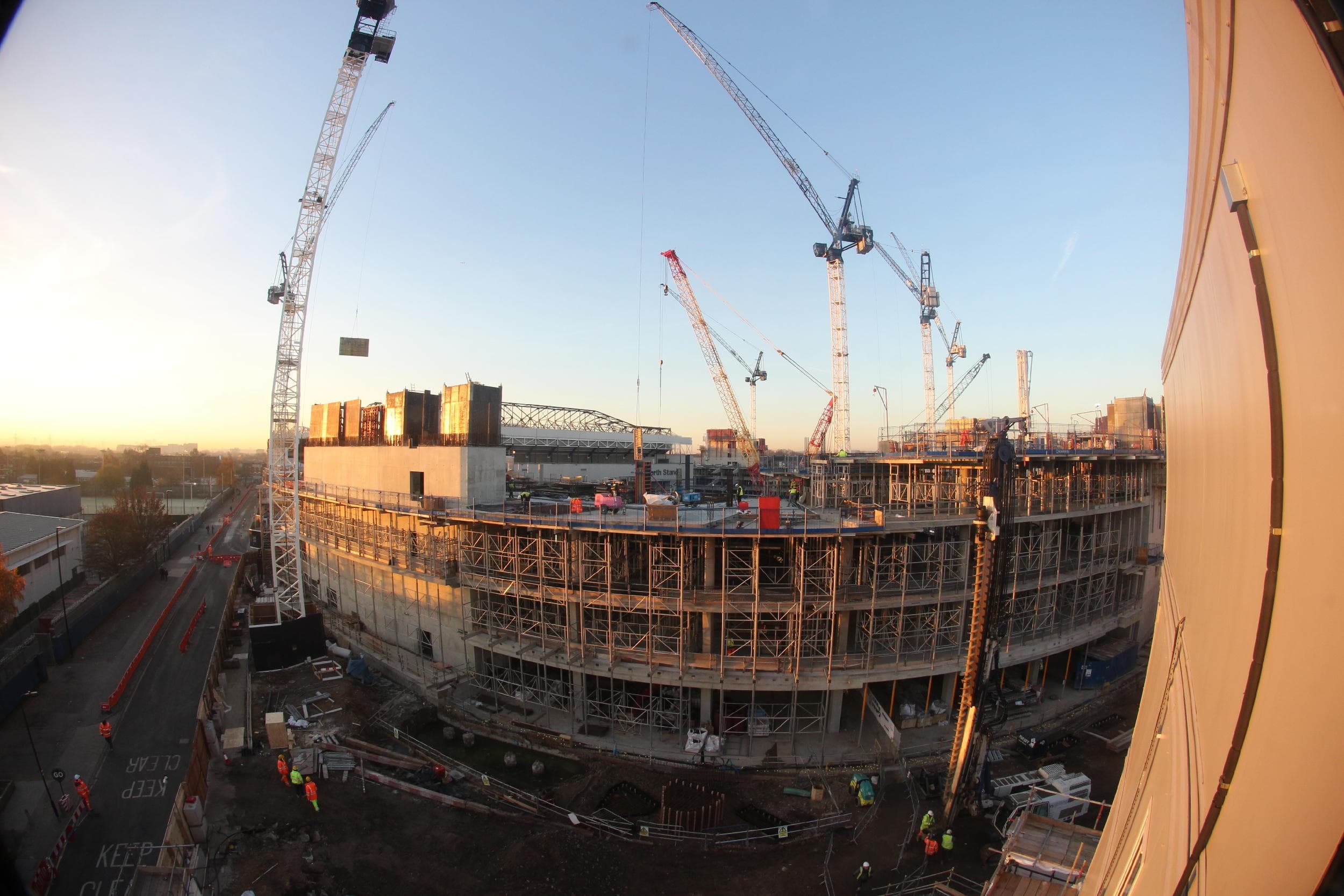 Above: The new build will interrupt play at White Hart Lane from Summer 2017 (image courtesy of TottenhamHotspur.com)

Speaking of extra-curricular activity, the Tottenham website already features the NFL logo alongside the Premiership branding; indicating that American Football games are also on the agenda. The proposed new-build will also feature a retractable pitch, allowing for live gigs to enlighten the space as well.

So how much is the construction going to cost? A whopping £400 million. It will be worth it however; looking back at the itinerary of superb facilities that will make up the NDP, we think that’s money well spent. Not to mention that the Lilywhite House is within that budget and is already complete. Lilywhite is the new home for the club’s administration services, plus a supermarket and a College.

Populous have designed the as-yet unnamed behemoth while Donald Insall Associates are acting as heritage architect. Looking further at the specs of Spurs’ new abode: several 21 metre columns each weighing 10 tonnes will part comprise the West Stand Entrance, while the single-tier home stand will be surrounded by an arching glass façade. The cable-net roof will be curved and is described as “graceful and elegant” by the project team. Well the club hasn’t got ‘hot’ in its name for nothing… 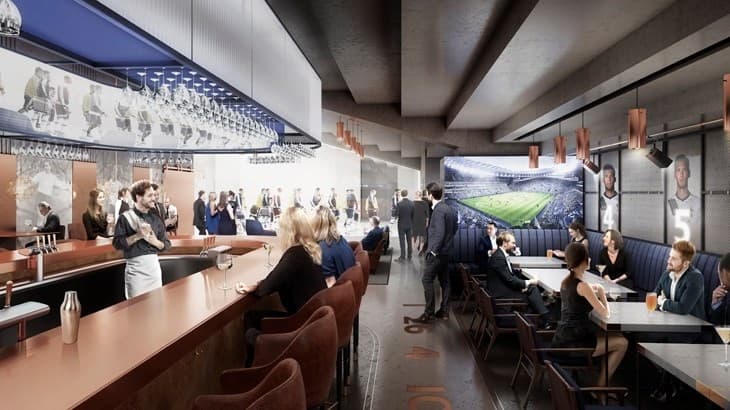 Above: An artist's impression of how one of the premium lounges will look (image courtesy of TottenhamHotspur.com)

All of that sounds mega exciting, as does the five-story glass atrium and “exceptional” public square, all of which is expected to open by the start of the 2018/19 season. With all that excitement guaranteed, now it’s up to Tottenham to come through with the goods in their current home. Will they lift a trophy before they say goodbye? While we’re not sure about that, what we do know is that glory most certainly awaits come 2018.