This Pavilion Was Created With Knitted Formwork

Called "KnitCandela" and built for a museum in Mexico City, the pavilion serves as a homage to Spanish-Mexican architect Félix Candela who is famous for his impressive, lightweight shell structures.

Above: The pavilion was designed using software used by the Computational Design Group at ZHA (image courtesy of ETH Zurich). Below: The researchers were using a standard, industrial knitting machine (image courtesy of Lex Reiter). 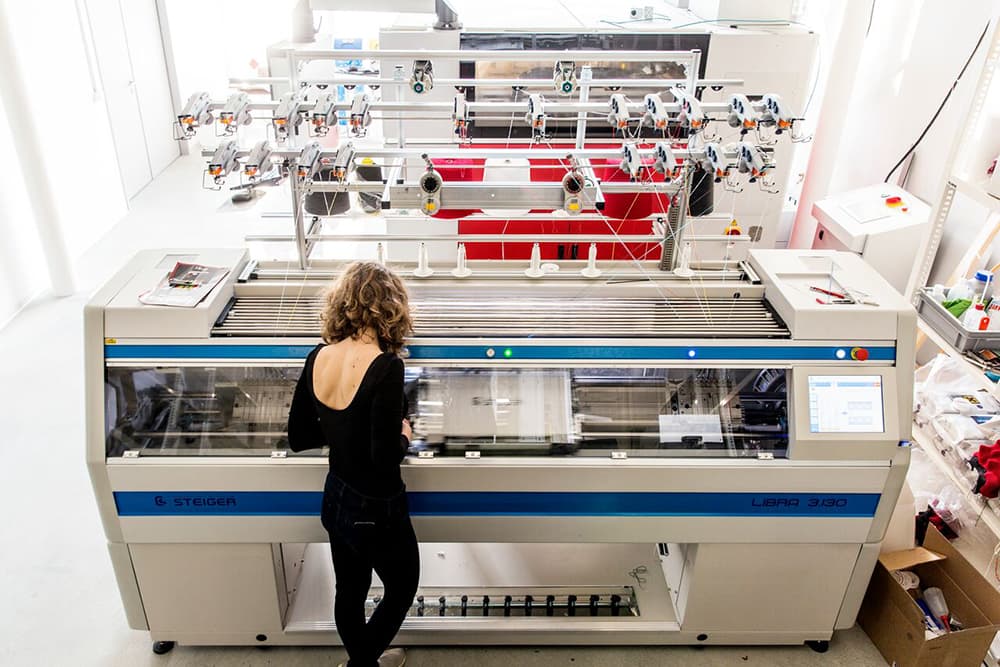 The double-layer textile formwork was designed by computer down to the last detail, including colour variations and eventual segments.

These four long strips were produced in just 36 hours on an industrial knitting machine. They were then packed and brought on site where they were joined together and spanned within a custom made frame. 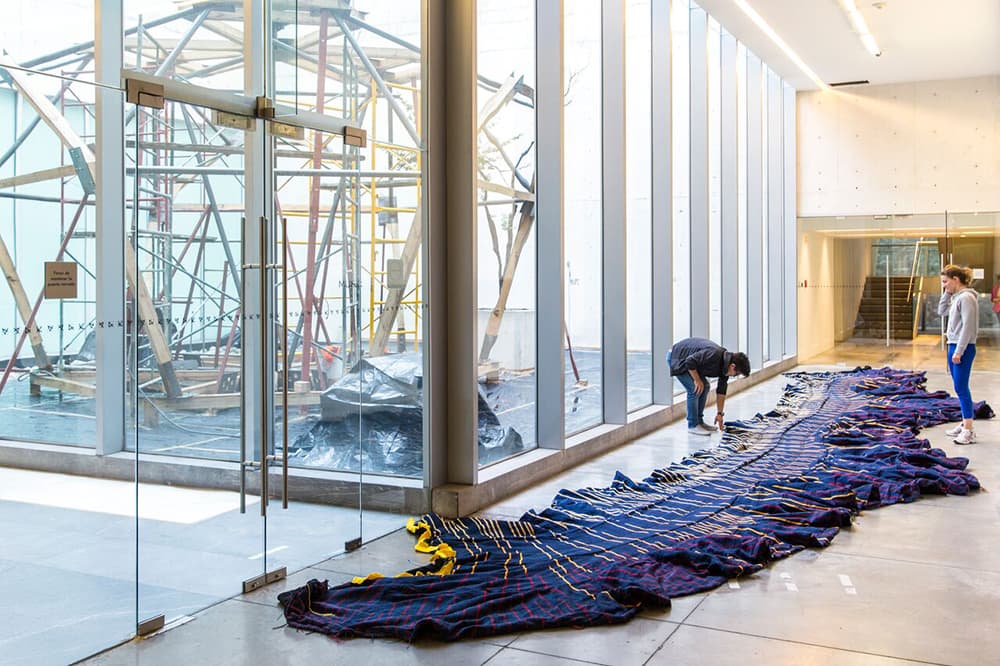 Above: Joining the knitted segments before construction (image courtesy of Lex Reiter).

In order to save materials, the knitted formwork included pockets for balloons as well as sleeves for cables that are used to tension the structure when it was being sprayed with a specially formulated cement mixture. Concrete was then applied to create the full shell. 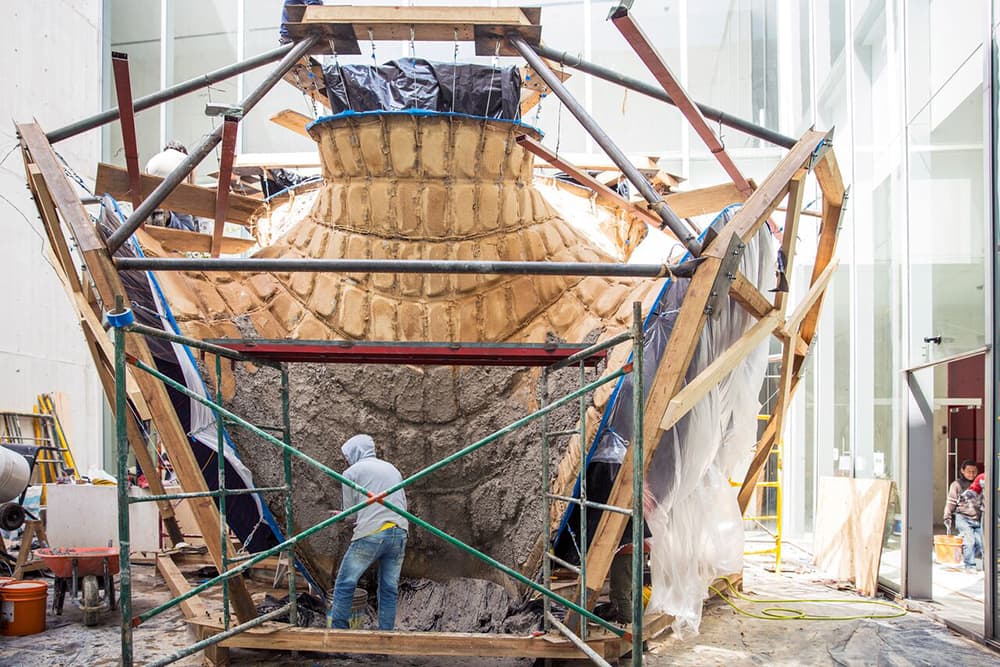 Above: Applying concrete onto the knitted formwork, which has been sprayed with a special cement mixture (image courtesy of Mariana Popescu).

All in all, the complete structure used some 5 tonnes of concrete, 25 kilograms of fabric and roughly 30 kilograms of steel wire. 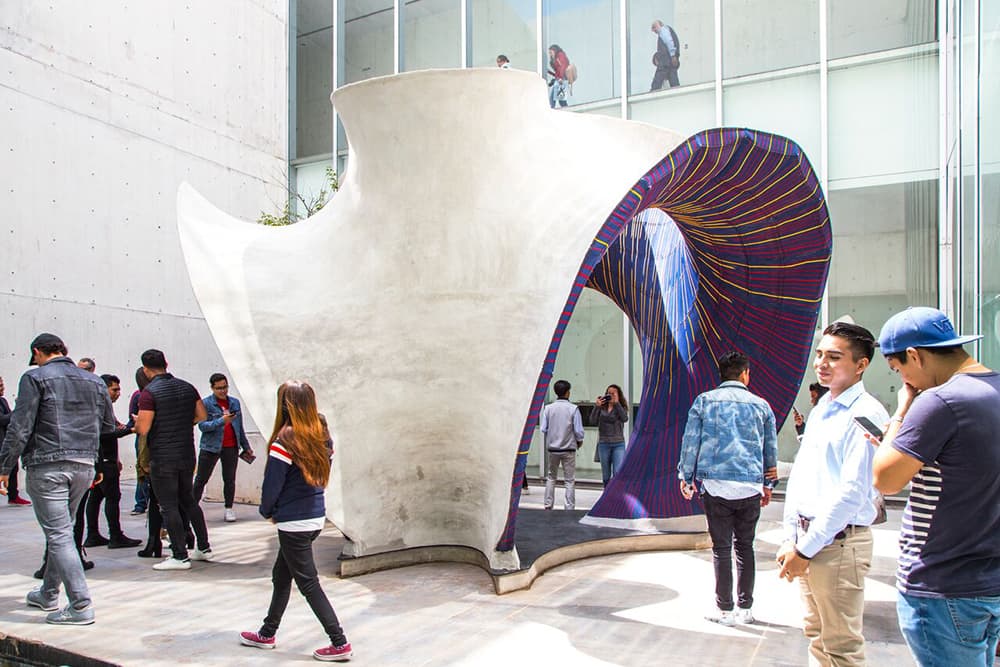 Above: "KnitCandela" stands in the courtyard of Museo Universitario Arte Conteporáneo in Mexico City (image courtesy of Mariana Popescu).

According to the project's manager, KnitCandela only took five weeks to create from conception to completion. The project represents an evolution of an earlier experimental formwork, the HiLo System, which uses a specially engineered net of steel cables to create a lightweight shell structure. 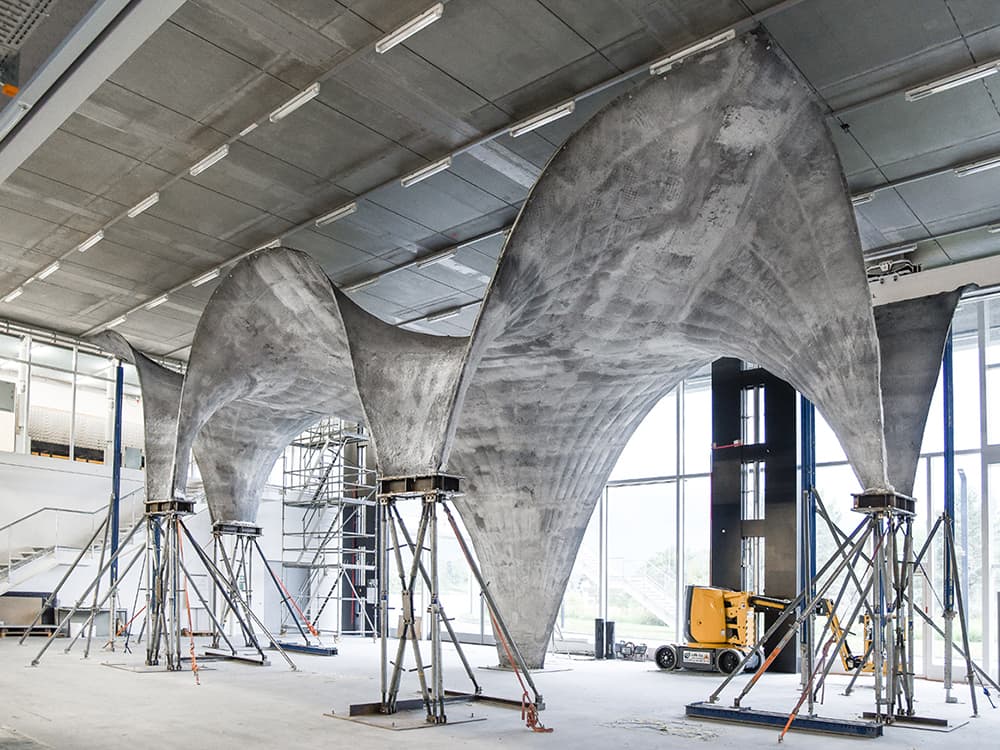 Above: ETH's earlier HiLo system used a steel net as a formwork for a concrete shell structure (image courtesy of Micheal Lyrenmann and ETH Zurich).

Mariana Popescu, who was one of the lead researchers on the project, said: "We no longer need to create 3D shapes by assembling various parts. With the right knitting pattern, we can produce a flexible formwork for any kind of shell structures, pockets and channels just by pressing a button.”