THIS STUNNING time-lapse video by Peel Ports has captured the full construction of a £400M new deep-water container ship dock in Liverpool.

The vast ‘Liverpool2’ scheme, completed in 2016, was commissioned to increase capacity in the city’s port and enable it to receive the larger Post-Panamax container ships now in circulation (a driving factor Panama Canal’s expansion).

The two new births that the Liverpool2 project delivers enable these huge vessels to offload their 13,500 containers 24 hours a day, 7 days a week. In Lehmann’s terms, that’s a lot of products to you and us! 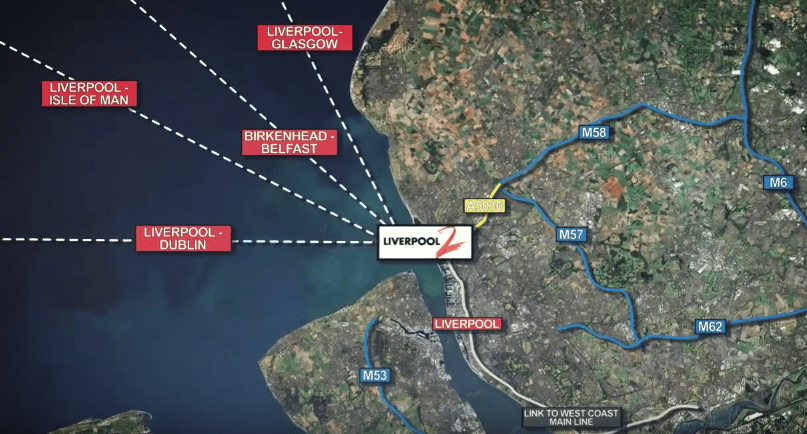 Above: Liverpool2 will welcome ships from around the world and send cargo across the UK (image courtesy of Peel Ports).

Specifically, Liverpool2 will service Mersey Dock in the outer Mersey estuary, helping ferry produce from Liverpool to the Republic of Ireland, Northern Ireland, the Isle of Man and Scotland. From the new container landing area, ships can reach Glasgow within four hours.

500,000 cubic metres of silt and clay were removed as part of the project, while 400 tonne barge mounted cranes were used to construct the new quay edge. Some 20,000 tonnes of steel were needed just to form Liverpool2’s foundations.

The new dock is in fact formed on reclaimed land, the construction of which too six months to complete involving over 3 million tonnes of sand. 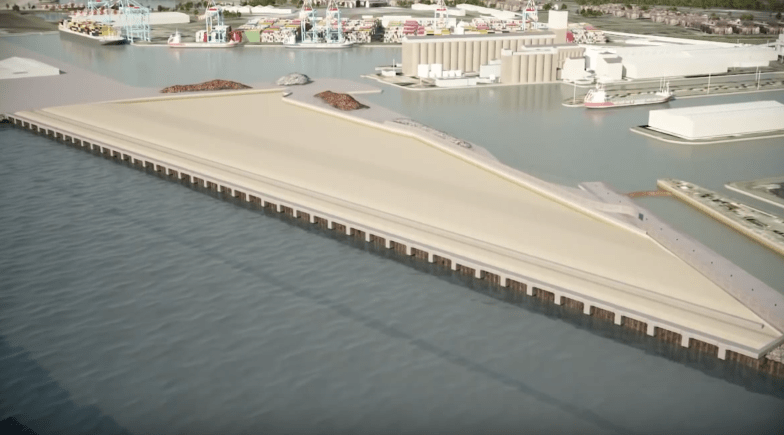 Above: The area of reclaimed land that has created the new dock (image courtesy of Peel Ports).

Steel piles were first used to form a new quay wall-line across part of the harbour. The water between this new line and the former dockside was then pumped full of material and compacted to form the new land. Much of the construction process was staggered in time with the tides.

Now complete, Liverpool2 is accepting some of the world’s largest ships off-loading larger container units than was previously possible.

With shipping capacity increased, a new tide of potential has swept across Liverpool. We know the city is famous for The Fab Four, and now the Terrific2 make their home there as well.