Abu Dhabi Is Building the Worldâ€™s...

The Insane Scale of Europeâ€™s New...

EARLIER this year, US robotics firm Boston Dynamics, released a viral video of Spot-Mini, a four-legged robot that could open doors by using a fifth mechanical arm.

Equal parts endearing and disconcerting to internet users at the time - who debated whether the robot reminded them of a dog, or marvelled at its eerily precise movements - the Spot-Mini has now been put to a more practical use. 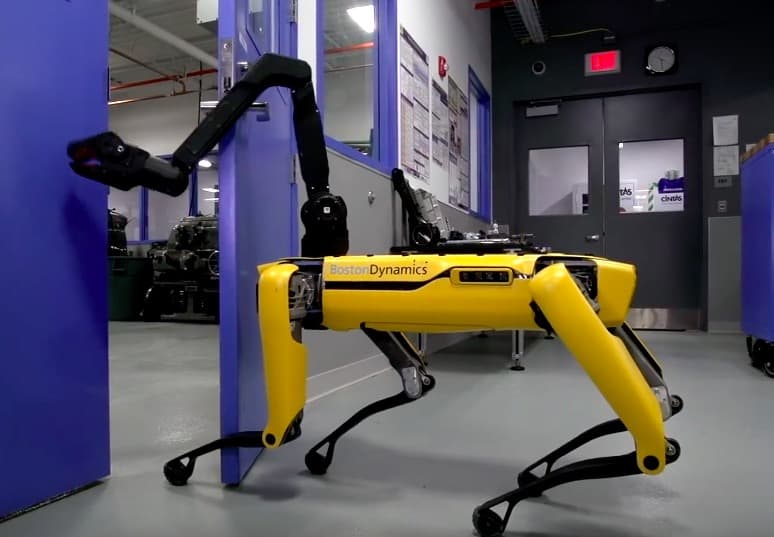 Above: Boston Dynamic's Spot-Mini came to worldwide attention after opening a door in a viral video (image courtesy of Boston Dynamics).

Boston Dynamics began testing the robot for commercial use about a year ago. Initially, the Spot-Mini has been put to work on mapping, but recent tests show it navigating construction sites in Tokyo.

Above: Equipped with surveying equipment, the robot has been tested on building sites in Japan (image courtesy of Boston Dynamics).

Equipped with a camera and specialist sensors for surveying work progress, the robot easily navigates uneven floors, obstacles and stairs thanks to its highly developed four-limbed mechanism and built-in sensors.

Above: The robot navigates a number of obstacles and can even climb stairs (image courtesy of Boston Dynamics).

The company is hoping to manufacture 100 Spot-Minis in the coming year and a further 1,000 per year after that. It will mark the first time in its 26 year history that Boston Dynamics will be making its robots commercially available.

Learn more about the ways that robots are entering the construction industry in our acclaimed documentary:

Thanks! Youâ€™ll get a confirmation email from us shortly. These can sometimes go into your junk mail.

Why Itâ€™s So Hard To Find An Affordable Home

The ÂŁ100BN Railway Dividing a Nation