Manchester's skyline is set to be transformed by 2025

GREATER Manchester - England's third largest metropolitan area - has the largest number of tall buildings over 20 storeys in the pipeline than any other European city, after London, according to UrbInfo Research Analyst Ed Howe.

This growth is a result of the increasing popularity of Manchester with property investors as well as new inhabitants.

Property prices in Manchester are still relatively affordable as compared to London, and the city is seen by many as benefiting from the UK government's "Northern Powerhouse" initiative which tries to encourage more economic development in north England.

Above: A visualisation showing Manchester's skyline in 2025 (video courtesy of Place North West).

Greater Manchester is set to require some 200,000 new homes by 2037 to keep up with the demand, and high-rises are seen as a way to partially fill this need. 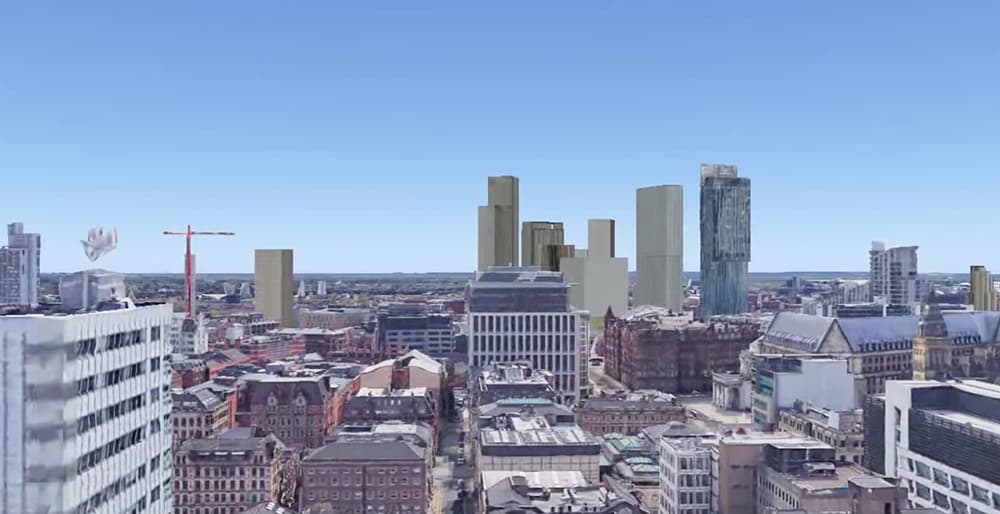 Above: A cluster of proposed towers (shown in beige) next to the existing 47-storey Beetham Tower (image courtesy of UrbInfo / Ed Howe ).

The city's current building pipeline has the potential to provide 28,000 new homes.

There are currently 21 tall buildings under construction and a further 32 had their planning application approved and are waiting for construction to start. 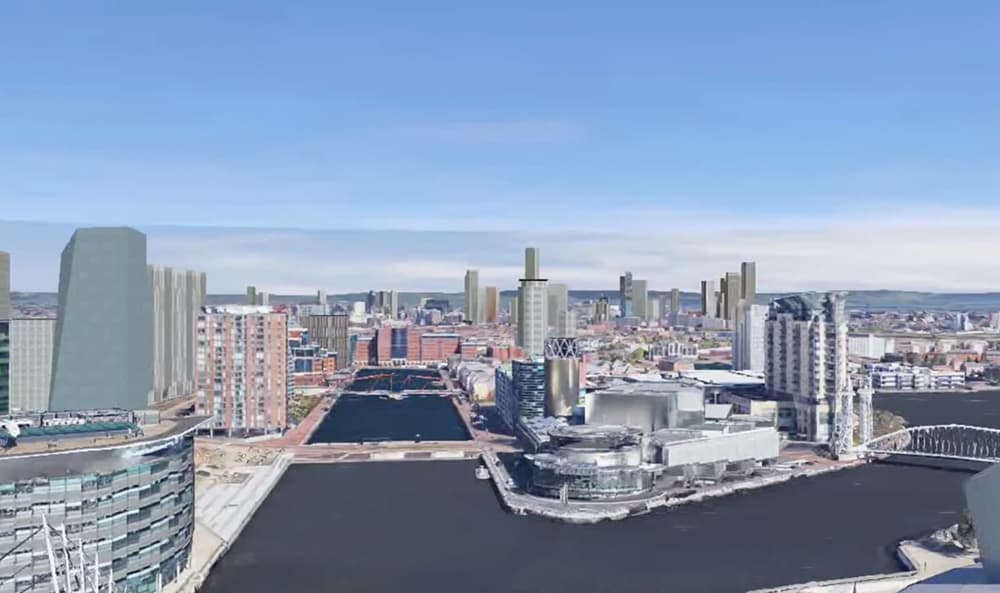 Above: Salford Quays area of Greater Manchester is one of the most significant future high-rise clusters (image curtesy of UrbInfo / Ed Howe).

Most of these schemes are being planned around the city's protected historic core and in Salford Quays, a new office precinct close to the BBC facility.

The tallest building currently under construction in Manchester is the 201 metre tall tower at Deansgate Square which should complete later in 2019. 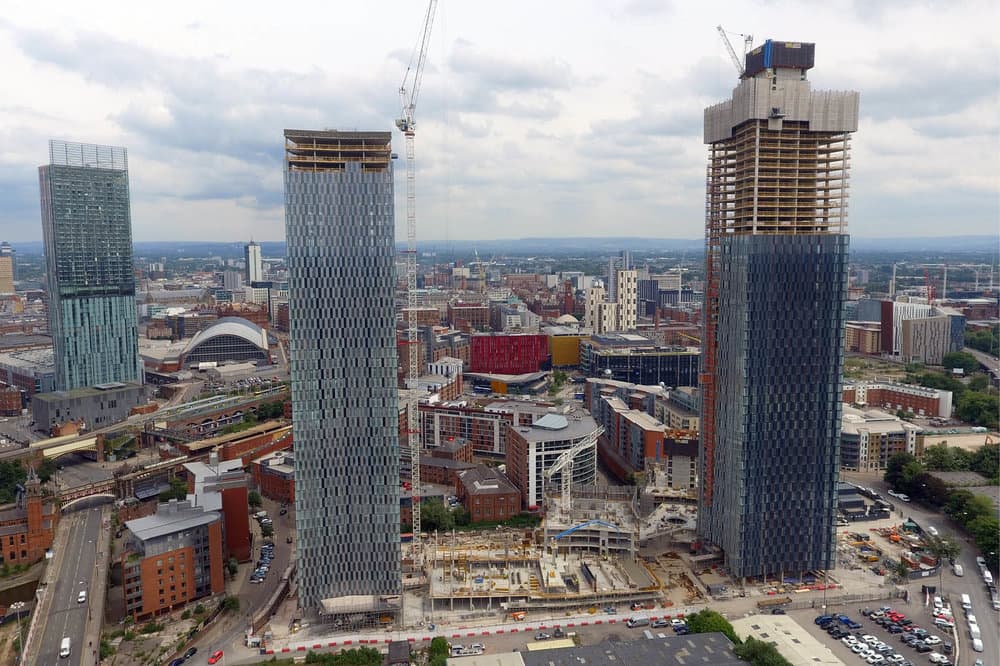 Above: Deansgate South Tower (right) under construction in the summer of 2018 (image courtesy of Deansgate).

The tallest tower planned for Manchester, the 213 metre tall "Tower X" also has planning approval. Construction works could commence in 2019 and complete as early as 2022.