THE COMMUTE between two provinces in southern China is set to be slashed from three and a half hours to just 60 minutes thanks to one of the country’s longest bridges, now nearing completion.

Standing a staggering 683 feet above the Modaoxi River Canyon, the Longju Bridge will connect the districts of Chongqing and Hubei. The bulk of construction work has been completed, as can be seen in the video clip, which comes courtesy of China’s global news agency CCTV+.

The aerial footage – shot in January 2017 – captures construction workers putting finishing touches to piers with cement. Later visuals in the video are from 2016, and take viewers through earlier stages of the bridge’s development. 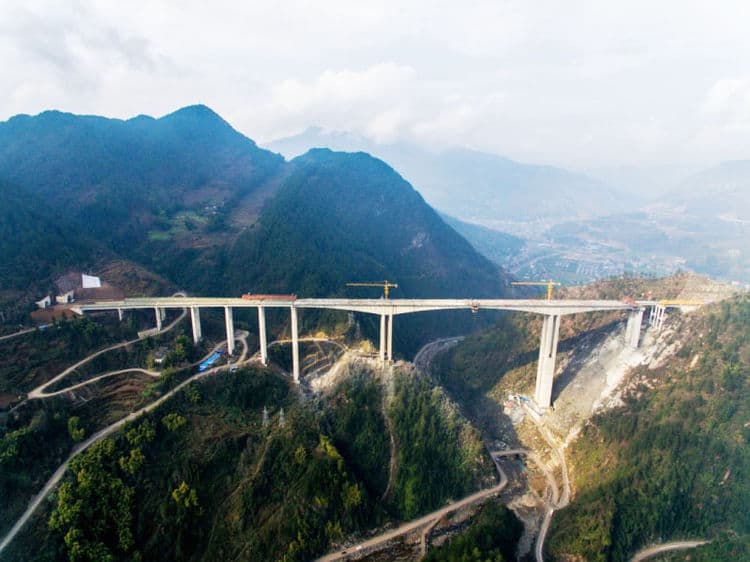 Above: Upright pier supports are erected, their height put into perspective by the stunning backdrop (image courtesy of HighestBridges.com member Sakowski)

At 765 metres, the Longju Bridge has one of the longest spans in the country. The central section alone covers some 220 metres.

"Overall the Expressway covers 52 kilometres and includes structures such as the Xuejiaba Bridge, and the Fuma Yangtze River Bridge; the longest suspension bridge within the vicinity of the Three Gorges Reservoir"

Longju is part of a much larger infrastructure network of roads and bridges, named the “Wanzhou to Lichuan Expressway”. This vital new build will help bridge – pun intended – these two southwestern metropolises in a fashion not seen before, bringing journey times down to an hour, as previously aluded to. Overall the Expressway covers 52 kilometres and includes structures such as the Xuejiaba Bridge, and the Fuma Yangtze River Bridge; the longest suspension bridge within the vicinity of the Three Gorges Reservoir.

In addition to being part of the Expressway, Longju Bridge is also part of another bridge network. 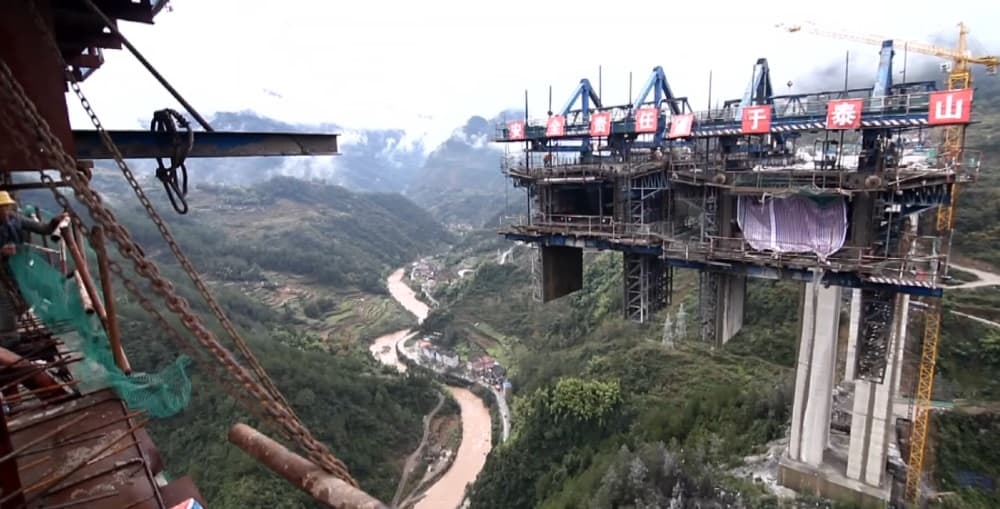 Lonjgu, due to be opened to traffic later in 2017, is one of three bridges that soar above the Modaoxi River Canyon. The Xiangba Bridge links Youyang, Chongqing with Dejiang, Guizhou much further North West, while the Fengziwan Bridge is just North of Longju. Although not as tall as Longju, Fengziwan is longer, at 1060 metres.

These bridges improve travel efficiency and boost the local economy, whilst offering stunning views to those crossing them. Its said in the Chinese media that "their majesty compliments the mountainous terrain while contrasting the villages below". Pretty grand if you ask us.