Amanda Clack on Her Role as RICS President

In our must-watch interview, Amanda Clack talks about her career to date, her rise to the RICS Presidency, women in construction, smart cities and what she loves about the industry!

AMANDA CLACK is an inspiration (she won’t want me to say that, but it’s true).

Her passion for the construction industry – and in particular for surveying – is clear, and it comes across from the moment she enters the room. It’s a passion that started at an early age and which has now taken her to the very top of our sector.

So how does one go from being at school to President of the Royal Institution of Chartered Surveyors (RICS)? “In many ways I don’t know” says Clack at the start of our discussion, “I still have to pinch myself that it’s actually happened. I blame a Hornby train set and LEGO.”

Aside from those early childhood toys, her initial desire to pursue a career in construction came from Saturday tours of the M25 motorway site in a Clerk of Works’ Land Rover. A summer stint in her father’s electronics business confirmed her intentions: “I didn’t want to be in a room with a computer, I didn’t want every day to be the same”.

She began working and studying for an undergraduate degree in quantity surveying on a day release basis. “From the moment I started work and university I just loved it” Clack explains. “When you love it, you’re just naturally good at it.”

‘Good at it’ is perhaps an understatement. Having completed a Master’s degree at the University of Reading, Clack went on to become a Partner at Hornagold and Hills. Since then, she has been a Partner at leading management consultancy Price Waterhouse Coopers (PwC) and is currently Partner and Head of Infrastructure (Advisory) for the UK and Ireland at EY.

Her involvement with RICS started early. Over the years she has chaired numerous management boards, been a member of Governing Council and held both vice-presidential and senior vice-presidential positions. She became President in June 2016. 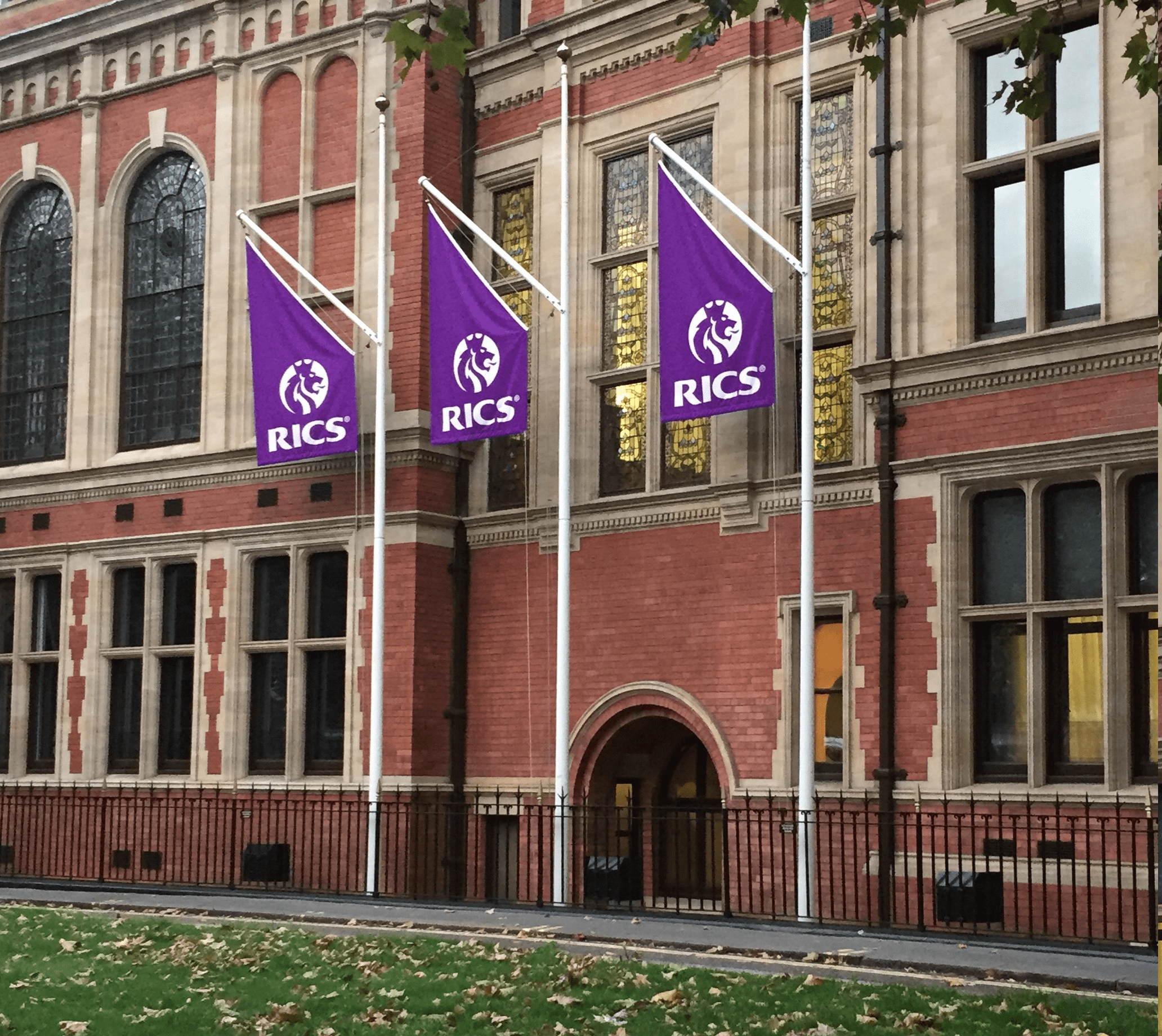 Above: RICS is the world’s largest professional body in land, property and the built environment (image courtesy of RICS).

Clack recommends others get involved in their institutions too and highlights the opportunity to mix with different experts from within one’s profession as a key advantage. “I’ve always believed that if you want to make a difference you roll up your sleeves and get involved in something, and that’s literally what I have done with RICS” explains Clack.

Clack has made infrastructure, cities and the ‘War for Talent’ fundamental objectives of her presidency. Discussing the latter, I asked about the skills gap facing our sector and the significant issue of gender imbalance. Case in point; Clack is only the second female President in RICS’ 148 year history (the first took office in 2014).

“We’re sitting in a profession that still has only 13% of its membership as females. We’ve got to do more to change the dial” says Clack. 24% of student and trainee members are female, but that is still far short of an equal balance.

Above: Clack has made RICS' 'War for Talent' a key priority of her presidency (image courtesy of RICS).

RICS is working to address this. In June 2016 they published Building Inclusivity: Laying the Foundations for the Future and have also launched a new Inclusive Employer Quality Mark in the UK with notable early success.

Clack highlights the need to dispel myths and stereotypes, ‘educate the educators’ at schools and colleges, and to provide highly visible role models. Initiatives include RICS’ sponsorship of the Women of the Future Awards, creating Young Surveyor of the Year, short campaign videos and TV spots.

Clack herself is perhaps one of RICS’ greatest assets when it comes to female role models. Her presidency is supported by a very active and engaged presence on social media, greatly enhancing her visibility. 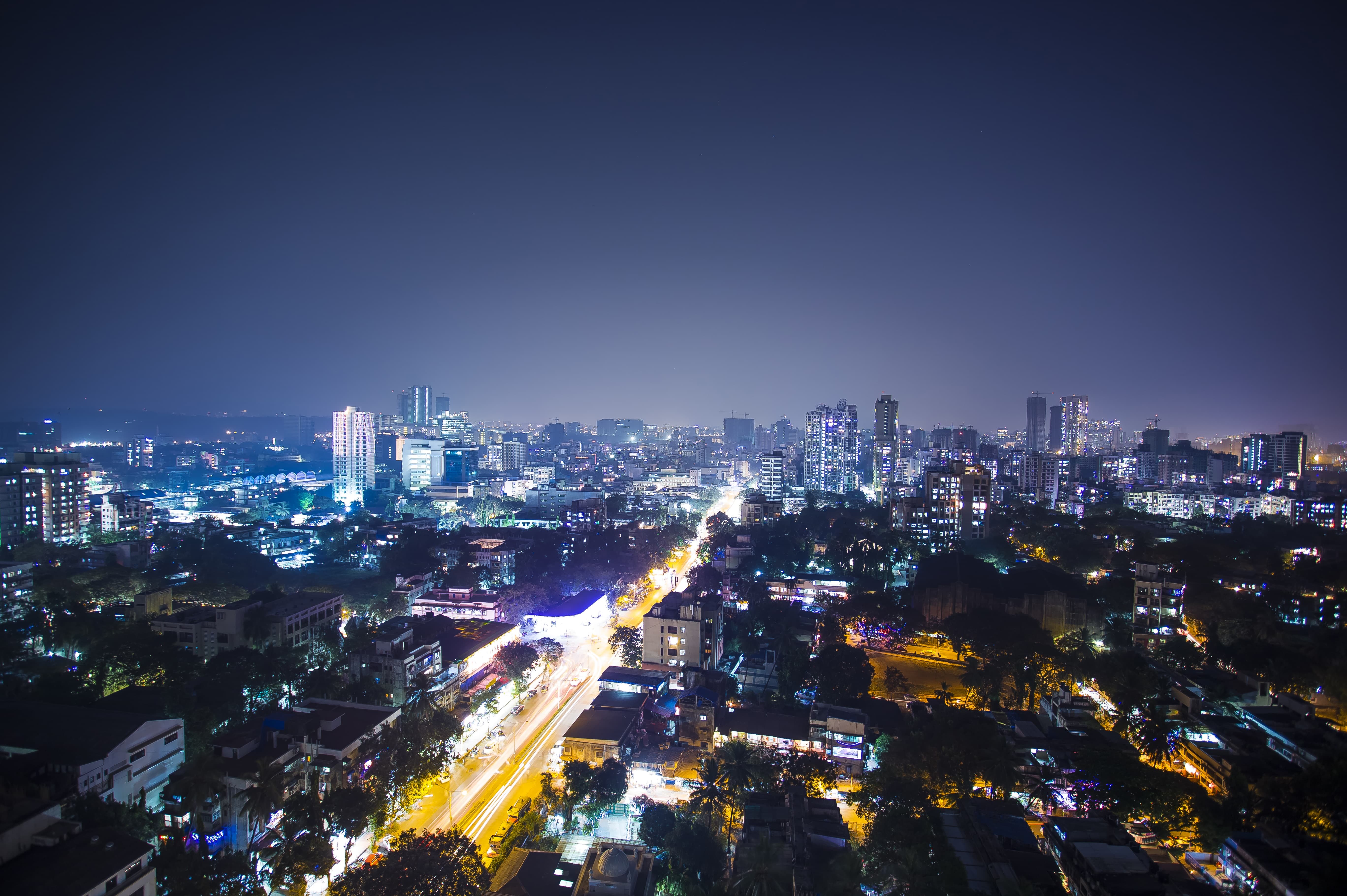 Above: Cities and infrastructure are two of Clack's three priorities as RICS President.

Turning to cities, Clack highlights that some six billion people are expected to be living in metropolises by 2050. Creating sustainable environments that provide economic growth and quality of life are key considerations that are now being evaluated by RICS members.

“Strategic investment in infrastructure in our cities is incredibly important”

The challenges facing cities in developing countries are markedly different to those in the developed world. Some are working to address sanitation and basic utility issues, whilst others are implementing fibre optic networks and 5G capability.

RICS’ recent work, The Hub and the Place, looked at the wider economic impacts of investing in transportation hubs – comparing examples from London, China and India – and is well worth reading. 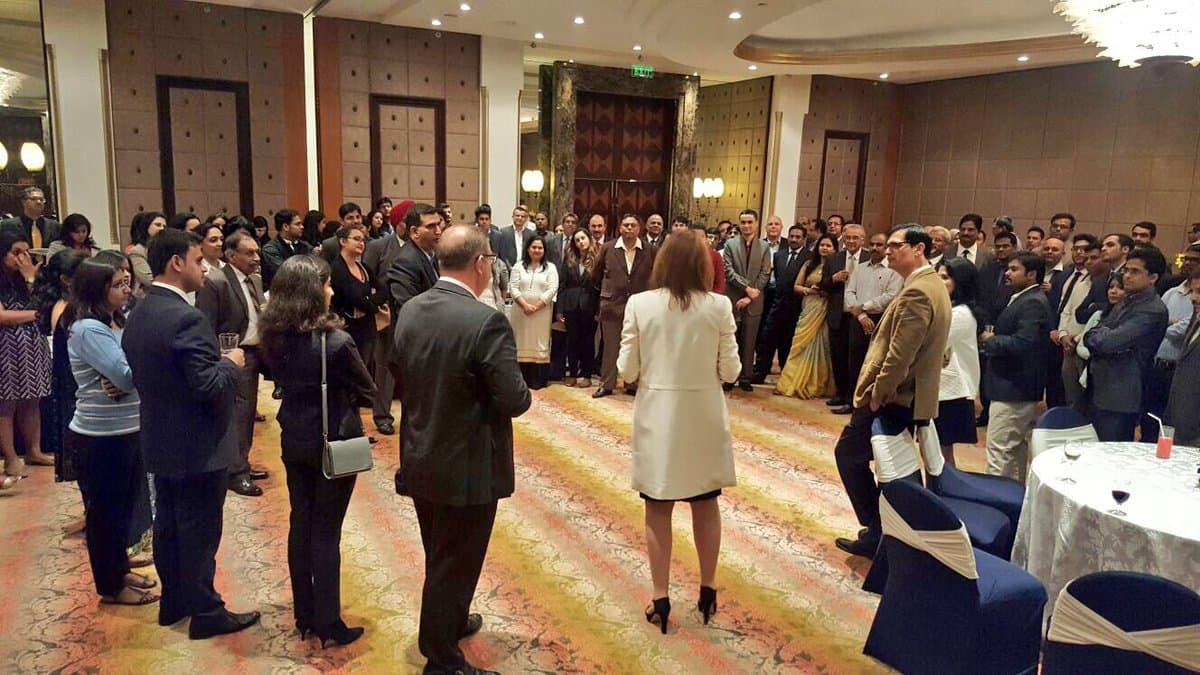 Above: Clack meeting with RICS staff in India in November 2016. Her role as RICS President takes her to the Institution's divisional teams around the world (image courtesy of Twitter / Amanda Clack).

Summing up, I ask Clack what most frustrates her about the industry and in turn what inspires her.

On the frustration side, she points to the sector’s infamously low margins: “If you push the margins to such a low level, and you are buying entirely on price, I think you’re stifling the innovation that’s inherent within the construction industry” she says.

On the flip side, Clack highlights the legacy that the industry leaves as the thing that truly inspires her: “You’re making a difference to people’s lives and it's very tangible” she explains.

“If you push the margins to such a low level, you’re stifling the innovation that’s inherent within the construction industry”

What struck me most about meeting Clack was her modesty. I did my research before our interview and was in awe at what she had achieved; the industry-leading positions I outlined are in fact punctuated with awards that range from ‘Success in Business’ from Anglia Ruskin University to Barclays Bank ‘Women of the Year’ in 2015.

But whilst she may come across well on paper, it takes meeting her to truly understand the reasons for her success.

Clack is open, down-to-earth and pragmatic. Not one of her achievements inhibits her ability to make everyone feel valued, engaged with and listened to. She has a prolific knowledge of the sector that is compounded by extensive executive-level experience and an accomplished, inclusive manner in the way she conducts herself. Add in her social media reach and you have a formidable influencer and leader.

She is, in my opinion, exactly what this industry needs and we should all look up to her – young girls, boys, men and women alike.

I said at the start of this article that Amanda Clack was an inspiration. I hope that by reading to here and watching the interview you’ll now agree.

Above: A lighter moment on set at RICS' London headquarters (image courtesy of Twitter / Amanda Clack)

You can learn more about the Royal Institution of Chartered Surveyors (RICS) here. Follow Amanda Clack on Twitter @amanda_clack.